top
In command on the digital bridge
by Thomas Edelmann | Apr 2, 2014 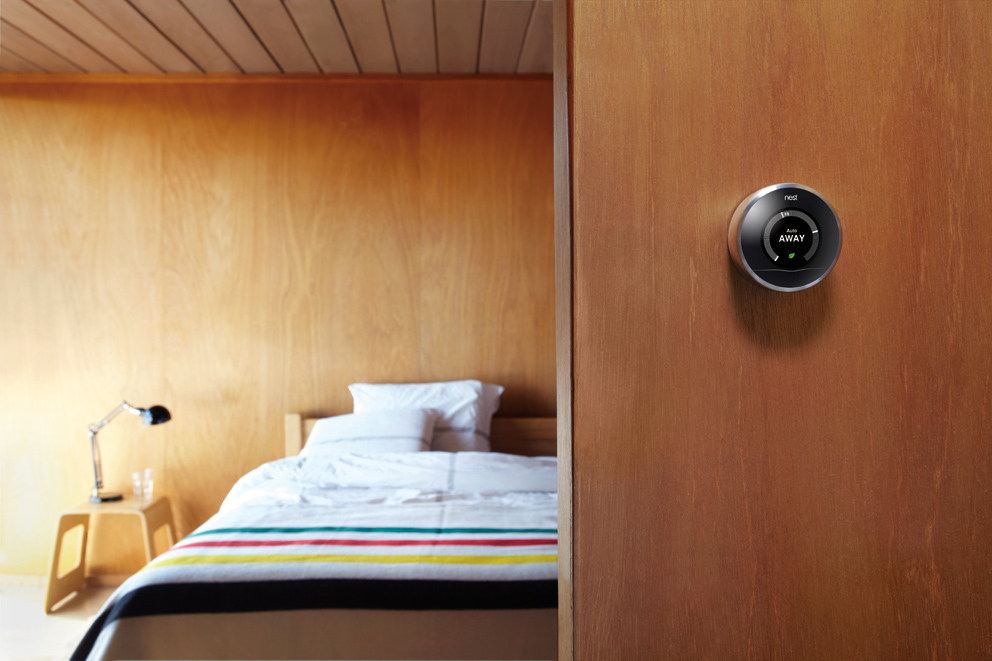 Already uploaded the new security update for the home control unit? Have your Wi-Fi lights already been hacked? Who other than you knows how much energy your heating guzzles? And did you turn off the stove while on the road? Today, questions like these may still seem pretty silly to most people. But digital assistants, programmable controls, interactive displays and control units of all sorts are entering the market – the diversity is growing by the minute and promises unprecedented comfort levels. A new wave of smart entertainment electronics is heading for us, and in its wash a gigantic job creation program. At the same time, voices are now to be heard questioning the reliability of these systems and asking about data protection.

The idea that things chat to one another behind our backs, trick us, and play any number of games with us is not some mania but fast becoming an irritating reality. Rather than being a matter of esoteric superstition, the engineers and IT experts are creating an animistic animated world which, under the banner of the “Internet of Things” will revolutionize all the parameters of what was an analog lived reality. The internetted home is on the horizon.

Anyone wishing to get a feel for this world should start with small exercises and easy janitorial activities. For example, by installing smoke detectors, which are now compulsory in many states in Germany. Or by opting for battery-operated, programmable radiator valves that have of late started to boast nice big displays and use almost no electricity, albeit a lot more than those once operated by hand. And if the battery starts to fail, the valve opens and life gets intolerably warm. But that’s just the first stage of home automation.

Many electronic island solutions now merge to form a “home network”, complete with tablet and displays integrated into the wall. Anyone ready to turn their dwelling into an electronic grid can now resort to any number of networking modules: door communications systems that replace keys with fingerprint recognition, transponders or an integrated code-pad; energy columns that provide outdoor areas with light and power; HomeServers that are activated by Smart Phone, tablet or laptop and control the heating, blinds and home multimedia-entertainment systems all at once, and can even simulate your presence when you’re absent – entire room scenes can be devised and programmed. Yet for all these possibilities, many appliances have the downside that trammel the user to highly-complex and thus error-prone technologies and specific service providers. And while the switchover may foster energy efficiency, it remains to be seen whether it really is so simple to handle the networked systems as makers like to claim – as only then would they really enhance user comfort. Quite apart from the fact that in particular retrofitted systems look like bulky blobs on power points and for all the wireless connects obtrusively entail a lot of extra wiring round the home.

“Smart metering” is expected to play a key role in networking the home and introducing energy management. Makers and politicians alike expect these “intelligent” electricity meters (and by law they’re already mandatory in new builds) to save energy. Unlike the Ferraris meters used to date, the new electronic meters themselves use about as much power as a compact fridge. And if new peak and off-peak power rates are introduced, they’ll spell additional price increases for everyone. Quite apart from the data protection problems that have not yet been solved, a study by Ernst & Young commissioned by the German Federal Ministry of Economics states that as regards these marvelous machines specifically “for end users with low annual power consumption levels the costs of smart metering will clearly exceed the average annual energy savings possible.” Meaning that it “would be out of all proportion and economically intolerable to make it mandatory to retrofit them.”

If one compares the “Nest” advanced facility technology maker, based in Palo Alto, and founded by Tony Fadell, with the short message service “WhatsApp”, then networking private homes is not exactly a spectacular area of business. In January 2014 Google paid USD 3.2 billion for “Nest”, while Facebook shelled out USD 19 billion a few weeks later for “WhatsApp”. The flagship “Nest” product is an illuminated digital room thermostat. It was Fadell who invented for Apple the ingenious combination of MP3 player, iPod and software, as well as iTunes. Whether Google will influence the spread of networked home technologies remains to be seen. Possible the Internet company was more interested in hooking up with Apple pioneer Fadell and tapping his knowhow.

Celebrated German author Hans Magnus Enzensberger states that, come what may “the nonsense of using the Internet to network any conceivable objects used in the home, from your toothbrush to your TV, from your auto to your refrigerator, must be met by a complete boycott.”

Whether they make economic sense or not, the new control technologies have been developed and so one of the major challenges now is to use them meaningfully such that they don’t simply become redundant.