top
In praise of Italianità
by Thomas Wagner 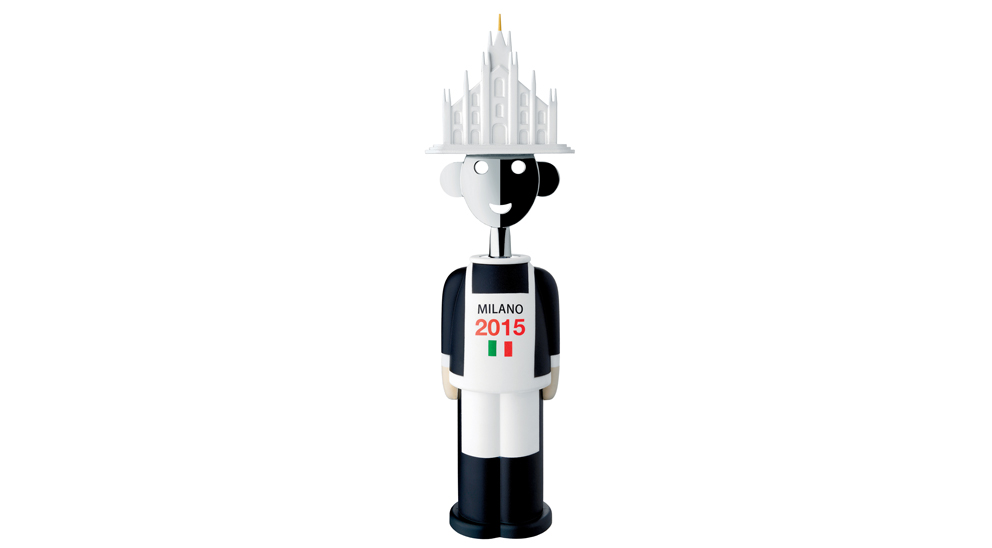 “Alessandro M.” looks like an Italian chef, but with strange headgear. This time round, Alessandro Mendini has placed the Milan cathedral like some pointy hat atop his corkscrew man along with an intimation of a golden Madonna. And since a chef on his own will definitely not be able to handle the Milan super-year on his own, Alessi is serving up various other “Souvenirs d’Italie” (why in French of all things?). To pay due reverence to the “Italianità” (since the Risorgimento it kind of embodies the very essence of all Italy and all Italians) not only Milan but all the country’s most important regions along with their culinary specialties have been transformed into sweet little figures. “Ciro il Pulcinella” (designed by Massimo Giacon) stands for Campania and is gleefully devouring a pizza Margherita. And his “Lella Mortadella” symbolizes the Emilia Romagna in the form of a busty blonde who offers the region’s typical sausages. Then there are three creations by Antonio Aricò: “Venice”, who bears a Venetian mask, as well as a gondola and a fish as headwear, “Calabrisella” whose clothing and hairdo is decorated with peperoni and symbolizes Calabria, and “Rosalia la più bella che ci sia” who proffers a basket full of fruit from Sicily and whose dress is reminiscent of a prickly pear. These sweet figurines have little to do with the future of design but a lot to do with the spectacle as the preferred mode today.

First the Salone, then the Expo

Possibly this year the Salone Internazionale del Mobile, the other Saloni satellites and the events held at Fuorisalone, all of which will run from April 14 thru April 19 are nothing more than the appetizers. After all, early May will see the opening of the Expo 2015 in Milan. Its motto is: “Feeding the Planet, Energy for life”. The Expo sets out to link technology, innovation, culture, tradition and creativity with the topics of nutrition and food. Which sound suspiciously like abstractness and good intentions. Not only does paper often not change much, as pavilions and screens are often as powerless. Milan has already hosted a World Expo, admittedly back in 1906. When the theme was transport. On May 19, 1906, three weeks after the exposition opened, the Simlon tunnel (about 20 kilomteres long) went into operation, connecting Switzerland and Italy. In fact, the World Expo had been scheduled for 1905, but was put back by a year owing to delays in the construction of the tunnel.

Less than three years’ later (and this should be borne in mind as regards the topic of mobility) Filippo Tommaso Marinetti, who was not without reason known as “Europe’s caffeine”, published his “Futurist Manifesto”. Intoxicated by petrol, forthwith the Futurists intoned a combination of avant-garde, nationalism and fascism, with the coarse voice of commanding officers singing the song praising the love of danger. They championed untrammeled progress, evoking “modern centaurs” that consisted of men and machines. And in 2015 there will be much talk of the future, although today, hardly a century later, there is little mention of the “rush and beauty of speed”, or perhaps this is because everybody today simply has to be mobile as a matter of course.

But first comes the Salone, and this year once again a lot of it is just the usual routine. Forever new tables, chairs, sofas, beds, shelves and so forth have to be presented, because in the media theater of today continuity counts for little, but media attention for everything. A large number of the novelties skillfully disguise the fact that they are not necessarily better than those of past years, but simply different.

All the same, at the Salone we will presumably see a continuation in new shapes of much that is so well received as a response to the abolition of the private in the Neo-Biedermeier, with its soft-and-cozy zones for relaxed retreats: People will go on plundering Modernism, its spirit and body rejuvenated, at times even romanticized; tubular steel will no longer be chrome-plated as a matter of course, but covered in colored lacquer. Bronze, copper, brass, and even marble will attest to a no longer quite new, but definitely high-grade opulence; wood, and above all brighter versions, always looks good, is sustainable, and creates a friendly ambience; and colored upholstery fabrics, all manner of patterns, and an extravagant mix of materials here and there all breathe new life into conventional furniture. Re-editions remain en vogue; and because the world outside rarely seems comfortable, there’s a growing wish for small and large lounge chairs into which you can simply sink, as there is for those modular settee systems.

The future is a fragrance 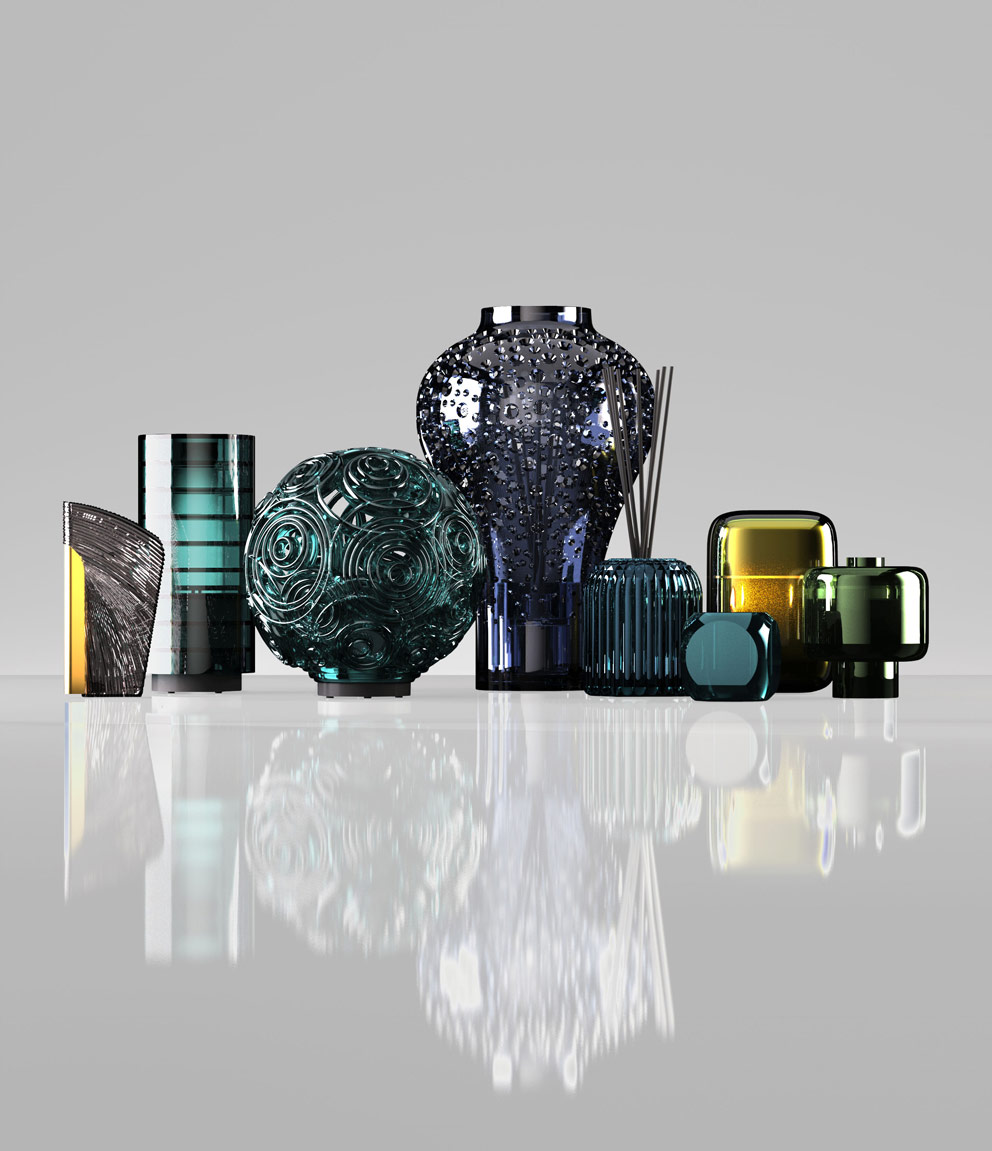 What is also clear is that in many instances the ritual of praising artificial feel-good ambiences and hip lifestyles instead of trivial products has paid rich dividends. So new stimuli are all the rage, and, given that they swiftly become jaded, the call is then for even newer stimuli. Stimuli and purchase incentives more or less coincide here. Tom Dixon was right when he said that “a design corporation today cannot be content to focus only on designing objects, but must also concentrate on communicating, contextualizing and commercializing its ideas.” He himself is therefore blending entertainment and commerce in an abandoned theater in Milan. As he hopes in this way to smoothly enable the spontaneous impulses of the hooked clients who already have something but want to be able to shop at will. Which is why what you can buy directly, take with you or have delivered to wherever you want seems so very innovative. It remains to be seen whether he pulls this off.

Furthermore, the product proper is increasingly being clad such as to appeal to all the senses and upgraded in synesthetic terms. We can look forward to seeing who opts for what kind of interaction and in what especially ingenious way. Quite a few years ago Diesel showed just how fashion and furniture can perfectly complement each other. What is new, by contrast, is that Kartell intends to highlight the “versatile, contemporary concept of lifestyle” not just by relying on booth design and product novelties. A lifestyle shaped by “research, planning, industrial manufacture, quality, glamor and elegance” will in future be applied to “entirely new types of articles”. Which is the same as saying: The “Kartell Experience” is being given a nose, and inhabitants can now mark out their territory by olfactory means, too. “Kartell Fragrances” is the name of the new brand destined to marry industrial design and perfumes, which certainly does not mean that the dining room will smell of the Sunday roast and the living room of sawdust. Rather, the marketing wording would have it that the fragrance is “a key element of the experience a room can offer”. And the pleasant scent is intended to deliver nothing less than “physical and spiritual well-being”.

The first of the eight different ambient scents that will form the “Kartell Fragances” stems from the hand of Ferruccio Laviani, and includes scented candles (“Dice”, “Nikko”, “Oyster”), a vaporizer (“Perfumegun”), electronic diffusors with scent capsules (“Pop-Up” and “Vogue”) and diffusors using wooden sticks (“Cache-Cache”, “Ming”). No fragrance testers were mailed in advance. That said, Alberto Savinio does rightly point (in his marvelously meandering Milan book) to the different ways of measuring the state of a culture: “Some measure it in terms of soap consumption, others by the way people eat.” And there can be no doubting that he considers Milan the center of the perfected art of eating. Understandably, he does not comment on ambient fragrances, but does chastise general hydrophilia with the argument that even God no longer tells his (washed) sheep apart by their smell.

Maps, give me maps! 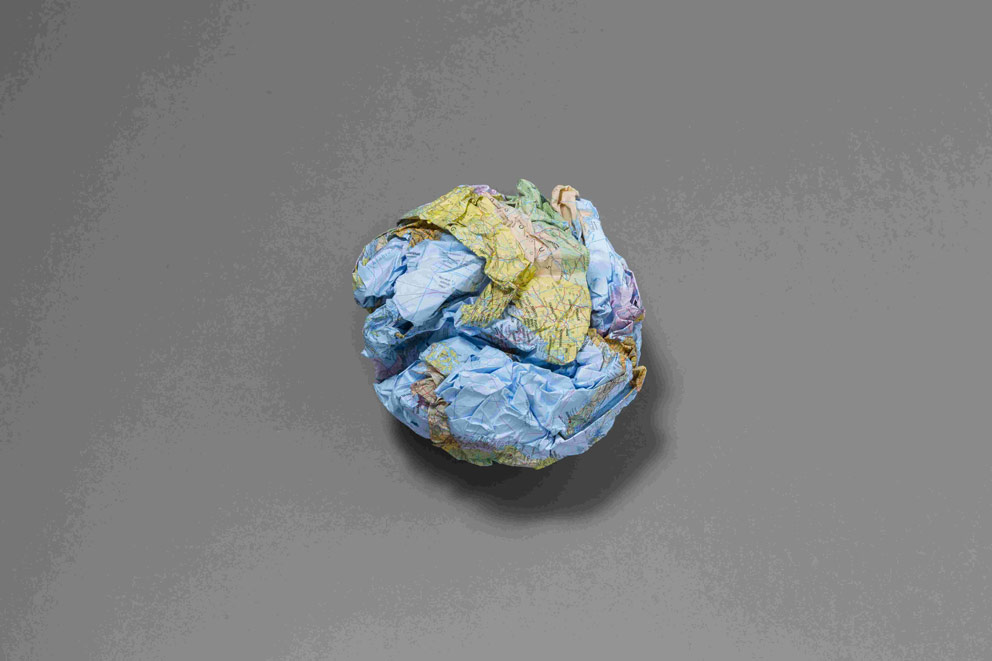 So, to summarize: (1) A chair is no longer just a chair, a table no longer just a table. (2) To this day and perhaps more than ever, it is wishes and moods that get sold. Which we (3) have still not quite grasped but which leads to (4) us spending more time concerned with maps than with the territories they ostensibly only describe. It is not as if there were a map for every territory. Far from it. The number of maps far exceeds that of territories, and sometimes the two cannot be distinguished from each other.
Reason enough to concern oneself with maps – at least if we have a very broad understanding of the term. For they who have maps know their way around. Down through their long history they were far from harmless, let alone neutral. Anyone who owned an exact map knew where the enemy’s flank was exposed. Why not measure the world of furniture and of design with equal precision? Or simply imagine them in poetic, invented, fabricated maps? Or the world of interiors: Instead of subdividing them by manufacturer, designers, style, typology or material, why not chart them by atmosphere, phantasmagoria, visions and feelings?

With his “Geografie” exhibition at Museum Poldi Pezzoli Director of “Inventario” Beppe Finessi is presenting what is, in this regard, a very open horizon. Maps, globes, indeed visualizations and representations of our planet (not including furniture islands and sofa mountains) loom large, with contemporary fare on display alongside the museum’s opulent inventories. Featuring, among others, Carol Rama, Michelangelo Pistoletto, Alighiero Boetti, Luciano Fabro as well as Mona Hatoum, Stefano Arienti, Andrea Anastasio und Latifa Echakhch, along with designers such as Diego Grandi, Nendo, Giulio Iacchetti, Ezri Tarazi, Lorenzo Damiani, and Drill Design.

If nothing else, the artistic cartography teaches us that the shape of the earth (and of human living spaces on it) is not set in stone. Fluxus artist George Brecht likewise thought that things were always about change and consequently invented his “Landmass Translocation Project”. Wouldn’t it be possible, was his reasoning, to mechanically remove landmasses from their natural location using heat or laser, or dislocate them with the help of cavities, air pockets or foams and re-anchor them in some other place? Among his most beautiful proposals, which definitely make economic and ecological sense, is “Super Resorts of Western Europe” – an amalgamation of popular holiday destinations. Specifically Brecht suggests separating the coastal strip between Cannes in France and Imperia in Italy from the mainland, and repositioning it between Barcelona and Mallorca where it will serve as a land bridge. You don’t believe it? There is a map to show what this potentially looks like. And who knows, in light of the Salone, the Italianità and the Expo it might well be that all of Italy’s regions along with all the Italians will simply be relocated to Milan…