top
In the design world we all like each other
by Sandra Hofmeister | Jun 3, 2010 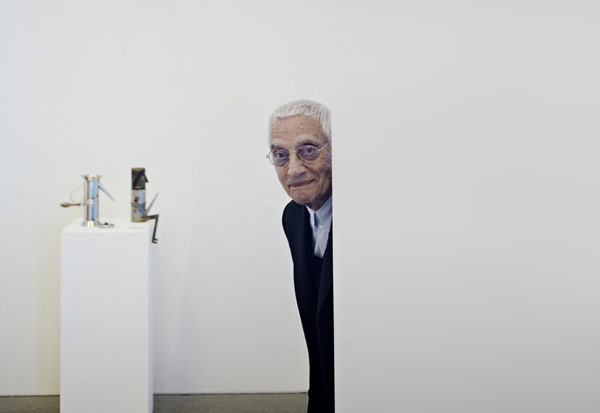 Today, Alessandro Mendini already has a press conference, countless photo shoots and individual discussions with journalists behind him when we meet. But at the end of a long day, the 79-year-old designer, critic, curator and editor-in-chief of Domus magazine by no means seems tired, but is focused and full of zest and humor for his very next interview. Sandra Hofmeister spoke with him abut his view of the design world, the historical potential of which he explores as curator of the exhibition "Alessi. Objects and Projects" at Munich's Pinakothek der Moderne, telling stories in the process and visualizing its future potential.

You have decided not only to present the historical dimension to the Alessi design world, but also to dare a glance into the future. How did you come to devise such an exhibition concept?

Alessandro Mendini: I have already done numerous exhibitions for Alessi and have always set out to highlight the company's latest developments. That is an idea you can repeat as a concept and thus here in the niche of Hans Hollein's exhibition wall we are showing ten new designs in the form of prototypes. However, the show in Munich is more complex, as I also wanted to take the company's history into account. It consists not only of individual objects, but also conveys the key changes in direction and developments in design theory.

What currents are visible in the exhibition?

Mendini: We trace a line in history from the pre-War to the post-War years, from the 1970s, when Alessi first came into contact with "Design Italiano" and when I myself first got to know Alberto Alessi, it was 33 years ago, through to the post-modern period, that great ideological transformation which led to a strong anthropological focus. All these phases are documented in the exhibition. At the same time, I was interested in how the family company Alessi saw itself and the world of ideas it developed, something that is to be discerned not only in the products and objects, but also in books, in the Museum Alessi, in the creation of a shop system and finally also in the advertising. I have placed two important projects in the two paternosters in the exhibition hall of Munich's Neue Sammlung: first, the "Tea and Coffee Piazzas" along with the "Tea and Coffee Towers" and, in the second one, the "100 Vases".

You have included certain elements, such as the plinths, from former exhibitions. What was the reason for this?

Mendini: These elements are likewise exhibition objects and part of the Alessi story. The niche wall, for example, is something Hans Hollein designed for the "Paesaggio Casalingo" (household landscape) back in the 1970s. I also published a book on the subject back then, designed by Bruno Munari. Then there are the plinths that Philipp Starck and Italo Rota developed for earlier exhibitions. I have used these elements in Munich to separate individual sections of the exhibition from one another. At the same time, these elements are all related to one another through the over-arching idea of eclecticism. Eclecticism has strongly shaped how Alessi sees itself: The company is a patchwork of design that brings together different designers and typologies under a single roof, even including the larger-scale projects such as the bathroom and kitchen designs. These are, however, only presented in the show as miniatures. I attach great importance to this interaction of large and small and the shift in scale. You can also see this with the miniatures of objects, something we have likewise integrated into the show.

In Germany, eclecticism in design is hardly ever discussed and tends to be frowned on. What exactly is the substance to the idea?

Mendini: There are phases in the history of the Alessi company that are shaped by the famous design icons, such as Aldo Rossi, Philippe Starck, Ettore Sottsas or Richard Sapper. And there are also playful phases, that were influenced more strongly by the affects, the emotions, anthropological notions. The latter include designs by Stefano Giovannoni and perhaps also my own. Compared to the design icons, this phase was more ironic, had less to do with status. From 2000 to the present, the quantity of objects and the number of designers involved has surged. This logically led to very different projects, all of which are however strongly influenced by the Alessi DNA. The fact that there can be simultaneous projects with Enzo Mari, the Bouroullec brothers, and with Anna Gili and the resulting diversity of objects is what I call eclecticism. In recent years, this eclecticism firmly shaped things. By contrast, in my opinion in the future the company will need to be regulated in its approach and follow a few, cleverly chosen and precisely defined paths. The prime consideration must be to consider ecological aspects and to internalize the production differences between West and East. In the final instance, we need to simplify our methods to enable production to be brought back to Italy and Europe. On balance we should in the course of the world economic crisis consider producing less. I personally, however, remain an eclectic. That has to do with a fundamental personal mindset and a psychological propensity. But that is another story.

Today, commerce and marketing are often foregrounded when it comes to design. Yet you insist on the idea of "oggetti con anima", i.e., objects with soul and champion a humanist angle on things. So where has humanism hidden in today's design world?

Mendini: It is difficult to find these places today, because design and marketing coincide. Designers are often superficial stylists who have bid farewell to people's needs. Yet that reference to people is essential as design is something very realistic. That often gets forgotten today. As the editor in chief of Domus I attempt to favor everyday solutions that are as simple, practical and obvious as possible. The focus is on visions, utopias and Romanticism.

Not only design itself but also the discourse on design has changed significantly. What is your experience with Domus?

Mendini: Design has few critics. By contrast, architecture and literature have many critics, some of them can actually kill with words. In the world of design we all like each other. Especially the chief editors of the magazines have to love everybody as otherwise they would not get any advertising. It is really a tragicomic state of affairs.

What theoretical methods do you believe will be defining in coming years?

Mendini: In my opinion, the fundamental thrust must be humanist and not technological in outlook. Now these are ideologically two very different beasts. Many designs today require a lot of technology and materials research that is completely pointless. For a start we could limit ourselves to archaic and simple methods.

What are the most important goals of "oggetti con anima"?

Mendini: To control economic speculation. This is also true of architecture: Buildings by the star architects are marvelous as sculptures, but they remain objects for speculators. The same is happening in design. Alessi and some other Italian companies have, or so I think, a very positive impact here thanks to the corporate culture, and even if they do not engage in direct social commitment. All the important non-Italian designers, from Newson via Wanders to Bouroullec and Starck, would simply not exist without Italian industry and its design culture, whose specific energy can really spark things. To a certain extent, these designers are now part of the overall picture of Italian design, they shape it and are shaped by it.

There are many up-and-coming Dutch, English and German designers. What has happened to new Italian talent?

Mendini: There already is the one or other young Italian designers, but it seems to me as if Italian companies are avoiding the young brains in their own country, perhaps out of snobbery. We desperately need corporations that will give young designers a chance. I am trying to do something similar at Domus. After all, there are many young talents who only need to be given an opportunity. Perhaps there is an Italin Bouroullec? But I don't want to be patriotic here. The reason for the lack of new talent may be that we have had too many masters in Italian design.

That is an argument I have often heard. It must be tough for the younger generation to establish themselves given the grand masters.

Mendini: Back in the age of the grand masters, back in my age, we saw ourselves as the opposition to the prior generation. Today, we need a similarly radical force, and I mean that politically, too, that opposes industry, perhaps me (laughs) or whoever or whatever. The energy needs to be discharged somewhere, especially if Ron Arad or Philippe Starck are now considered traditional and belong to the old school.

Maybe the design merry-go-round simply goes round too fast? We tend to speak of classics from the 1980s. Who knows whether today's design will survive till next year?

Mendini: That is not true. To my mind, there is a generation of outstanding Italian designers who are now 40-45-years old. Given the presence of all the old masters they have never had the space to present their work strongly in public. Then there is the fact that the international designers who work in Italy have somewhat squeezed them out. I try to work with these designers, and we are at this very moment preparing various exhibitions. I believe that they are very important because they are not stuck in the world of trends and instead have pursued very personal careers, outside the limelight, were less tied to industry and opted more for producing things themselves. The results may not be so visible in the market today, but there are clear qualities to be discovered here. Moreover, you certainly cannot say that only he or she is good who graces the cover of a magazine. 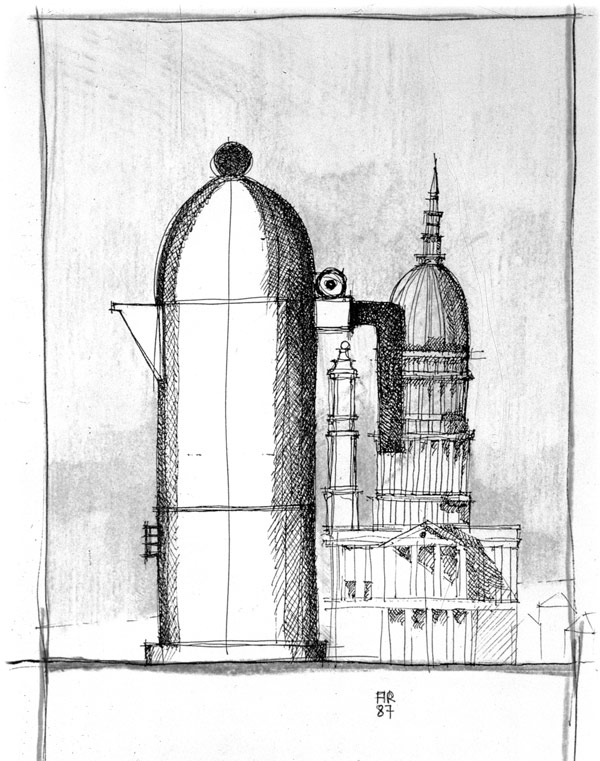 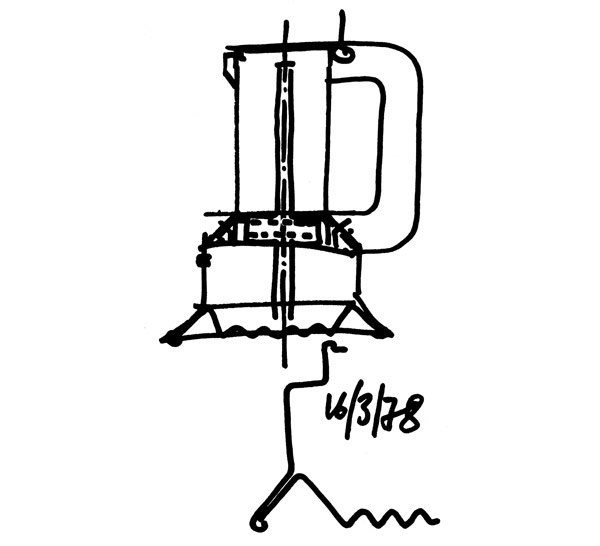 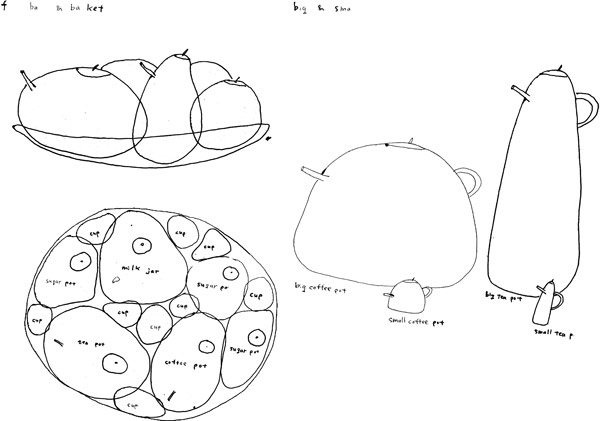