The 195 skylights peering out of the lawn define the appearance of the new extension to the Städel Museum. They lie on the grass like flat lenses and transmit daylight into the 3,000-square-meter exhibition hall under the garden. Thanks to a bespoke design, the insulating glass made of spherically curved, cold-formed panes not only filters the daylight, but also enables it to be regulated, creating anything from slight shadow to complete obscurity. On dark days and at night, integrated LED spotlights are at hand to illuminate the hall.

Upon entering the museum and descending the steep stairway to the 'garden hall', we quickly become aware that we have left paradise behind us and entered a world defined by cold, artificial light. "We wanted to create a building in which people are comfortable, even if it is subterranean," commented Frankfurt architects Schneider und Schumacher at the opening. The ceiling height of eight meters may well help generate this feeling, but the sterile light does not make you want to hang around for long.

The skylights are also responsible for the illumination of the artworks in the Contemporary Art Collection, which means that the works are often in darkness and visitors are left to find their own way through the exhibition. Additional spotlights would not only have served to accentuate certain works, but may have also prevented observers from seeing their own reflection or a fusion of motifs from pictures hanging opposite in the glass that protects most pictures. There is definitely room for improvement here.

That said, Schneider und Schumacher's decision to exhibit as many artworks as possible in one space, so that the observer can wander between the exhibits and draw connections between them, is worthy of praise. The central ceiling vault not only references the dome of the old Städel building, but is also an attempt to structure the formally restrained hall, which does not draw any attention to itself but instead simply serves as a blank canvas for the artworks.

The ceiling vault is asymmetrical and marks the center of the hall, which functions as a marketplace. Radiating from it, partitions form a route of spaces and pathways stretching across the entire hall, which curators can rearrange as they see fit. A simple concept, designed by Berlin-based architecture studio Kuehn Malvezzi.

This is the fourth extension to the Städel Museum since 1878. And each time it was, like any other cultural institution, reliant upon donations to realize the project. Museum Director Max Hollein praised the great generosity of the people, having donated a good half of the €52 million required for the extension and renovations to the old building. "The Städel is a museum of the people, for the people," he said. It opens up to the people as the garden hall to the light. 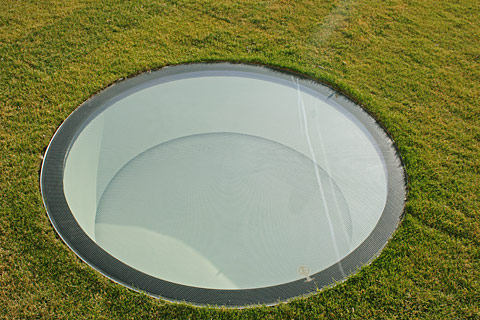 The circular skylight of the exhibition hall is made of spherically curved, cold-formed panes, photo © Juliane Grützner, Stylepark 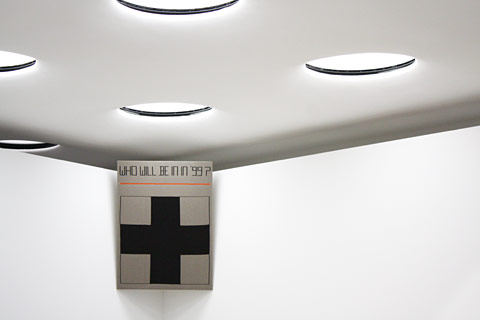 The skylights are illuminating the exhibition hall, not the artworks, photo © Juliane Grützner, Stylepark 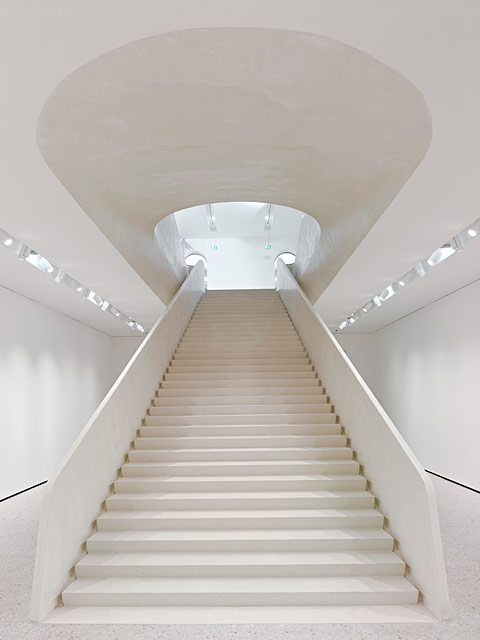 A steep stairway contects the extension with the original building, photo © Norbert Miguletz 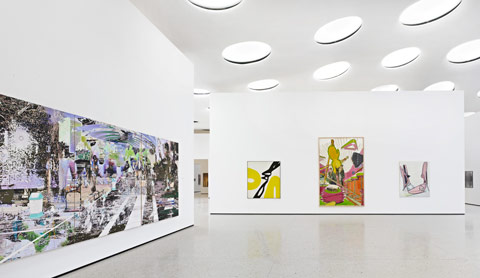 The ceiling vault marks the center of the hall, photo © Norbert Miguletz 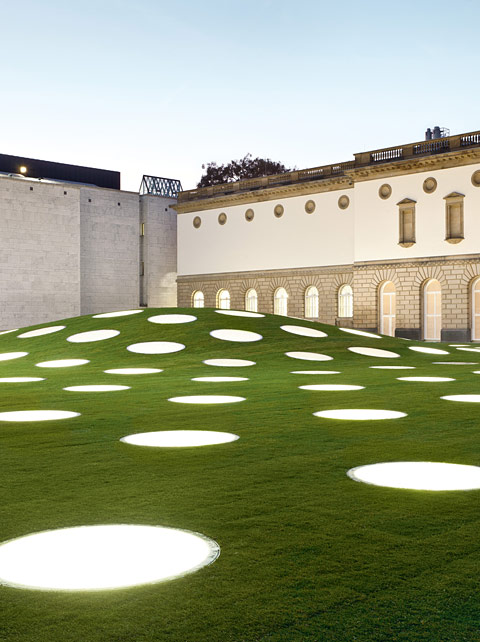 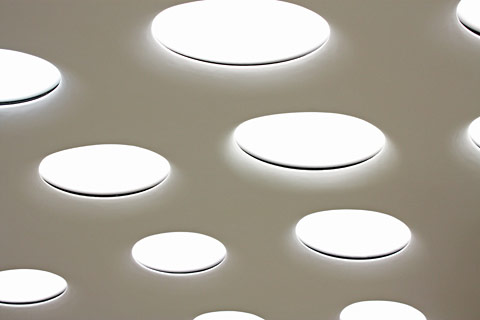 Daylight is coming through the Skylights into the garden hall, photo © Juliane Grützner, Stylepark 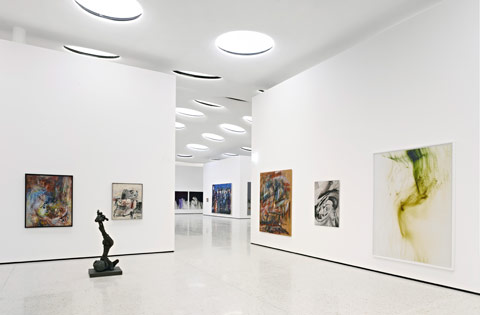 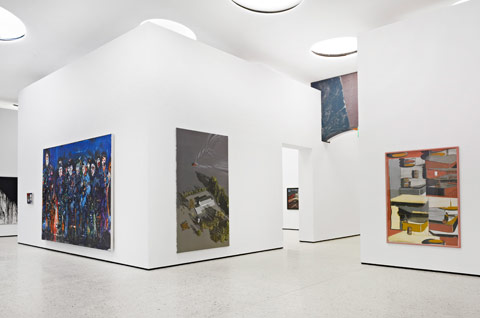