top
It’s obviously just too complicated for some people
by Bertsch Georg-Christof | Mar 6, 2012 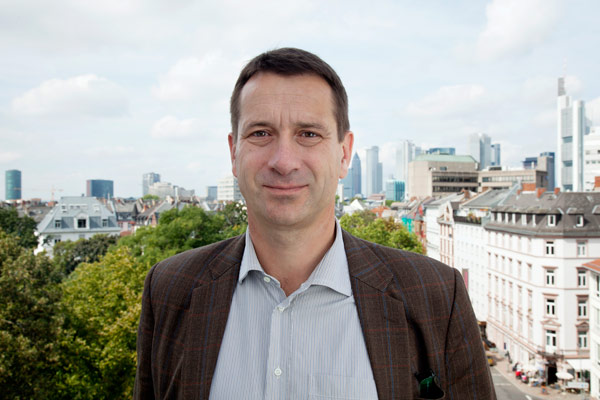 Do we even have the right to decide whether product design's status as a discipline in its own right should be called into question and whether it should be subordinated to art? The answer is clearly no. And we must not allow ourselves to do this. 21st-century product design has much to do: the stipulations laid down by resource efficiency and concepts surrounding product life cycle now call for the re-design of virtually every product in our product-driven world, or else they risk losing their appeal. Those companies that are already heading in this direction enjoy a decisive lead on all fronts.

This means that well-educated product designers are in increasingly great demand. Fields of expertise such as "analog-digital design", "human-machine interfaces", "materials", "design management" are growing at a rapid rate and their integration into dynamic social structures and urban environments requires new fields of work and operating structures. A future for industrial design without intercultural teams, software languages and multi-disciplinary approaches is barely conceivable.

As a result, product design's remit is becoming ever more extensive and complex. The ecological and cultural significance of excellently designed, sustainable products is being recognized in ever broader social circles. Consequently, the demands on design have risen by a considerable degree and design education has not escaped unscathed either. In the face of this heightened responsibility, it is no wonder that numerous university professors, deans and presidents find themselves overwhelmed and thus prefer to take design in the same direction as "art". In this case, the outlook for design as a discipline would be shaped by a deviation away from its applied, practical function and a progression toward the primarily self-referential means of expression found in the visual arts – without ever being art in the true sense of the word.

It would be so simple to acquiesce to such an outcome. But we cannot accept such uninspiring escapism. As Thomas Edelmann's article clearly shows, a discussion on the topic is worth the effort (see "Design because a sub-discipline of art"). And so, as a long-standing member of the Chair and Board of Trustees of the "städelschule portikus e.V. Frankfurt" at a globally recognized art university, I feel I am in a position to issue the following warning: Designers, don't make a laughing stock of yourselves by striving to be auxiliary artists!

The 1980s "New German Design" movement brought with it the first wave of design with an air of artistic creativity. However, this was for the most part embedded in the firm critique of Functionalism, which in the late 1970s was still ideological in nature. Consequently, it retained the function and general thrust inherent to design. If it is indeed the case that many of today's design projects no longer want to look like mere salon art but would rather make awkward fools of themselves by stumbling into artistic discourse, this is certainly a grim state of affairs, not to mention a real cause for distress.

Concurrently, the time to find a solution to new challenges faced by design is running out. Good designers are needed by the dozen. Universities are charged with the public duty of fulfilling these needs and to the highest standard at that. They have a responsibility to offer young designers – in the form of their university degree – a fair chance at playing a role in designing the future.

With his provocative article Thomas Edelmann has triggered a debate and brought up a subject that has proved rather painful for the design education sector of today: in a number of university departments – among other things due to questionable re-staffing measures – the discipline of design is in danger of entirely renouncing its original function in favor of a subsidiary role as auxiliary art. A kind of auxiliary art that is bestowed with nothing more than a weary, dismissive smile from the art world. Depriving students of the respectable, professional training they require to be successful product designers in this way is just plain contemptuous.