Chairs are the pinnacle of design achievement and have always received a lot of attention as a consequence. Tables have by contrast tended to lead an existence in the wings, as a kind of necessary corollary to chairs, fitting them in terms of materials and shape. However, this assessment in the object rankings overlooks crucial facts. Most households boast more than one table. The typology is centuries old, and not much has changed over all that time, or so it would seem. Nevertheless tables have a social relevance that is also evidenced by the metaphors and images: There are speeches at table, round tables, motions get tabled, tableware as opposed to tablewear. You can bang the table, sell something under the table, clear the table, or drink someone under the table. Instead of describing the object itself, all these images reflect habits relating to tables that have arisen in different areas of society and at different times. Although there are hardly any limits to the use of tables, most of the metaphors share one thing in common: They describe forms of behavior and rules that have arisen relating to furniture. Tables bring people together and "order" their habits.

As bridging furniture, tables span the room instead of embracing it. Fold-out tables, side tables, dining tables with three or four legs or a central column were prestigious objects as long ago as Classical Antiquity. As triclinium tables they were placed alongside the reclining sofas on which meals were taken and high-ranking Romans loved to collect them in the refined version made either of cedar or pine, and often ornamented with ivory inlays. To this day, tables continue to be collectors' items. What counts is the processing and the material – both are often reflected in the price that transform useful items into valuable objets d'art and investments. The "Surface Table" (2008) by Terence Woodgate and John Banard, who as an engineer usually develops Grand Prix racing cars and bikes, boasts a span of an amazing three meters – made of carbon. The table surface's edges are a wafer only 2mm thick relying on manufacturing technologies from motor racing and the aerospace, and seem to float on the four steel legs like a thin line that cuts through the space and takes us to the very edge of what is structurally possible.

Jasper Morrison's "Air Table" is likewise thin and light rather than heavy and solid. In keeping with its name, which alludes to its airy feel, the table is made of white or beige dyed polypropylene. Rounded edges and joints between the table top and legs that are as good as imperceptible complete the appearance. The table's overall feel is one of flowing lightness, as if it were made from a single piece of material. Philippe Malouin goes one step further with his design for a "Grace Table": The air is part of the structure in this inflatable object. When packaged, the rubber material for the table surface is only sized 110x3 centimeters and can be stored in a bag. Once pumped up, the table with its wooden legs is three meters long and decidedly stable.

A question of character

Tables give rooms a face and their character can set the tone of the place. Here, the material is decisive not only for the use as a dining or conference table and for the setting, be it indoors or outdoors. It also sets the pace of the design and influences the decorative options. Eero Saarinen's "Tulip Table" is a classic of the 1950s and its circular marble top features a thin grain that function as filigree thin organic lines supplementing the tulip-shaped feet. Luca Nichetto's "Blackstone" for Moroso, by contrast, relies on porcelain laminate together with glass to form a dark table surface decorated with a rose theme that rests on steel legs. To this end, photographs by Massimo Gardone were printed on to porcelain – a Romantic and deliberately kitschy note that contrasts sharply with "Blackstone's" otherwise plain shape. In the case of Alfredo Häberli's "Stabiles" tables, it is less the top and more the legs that shape the furniture. Inspired by Alexander Calder's steel sculptures, wooden frames were developed that certainly catch the eye. Christophe de la Fontaine and Stefan Diez, by contrast, opted to restrict themselves to the sober potential of aluminum for their "Bent Table" and had the structural principle double up as the design: perforated using laser technology, the table's surface folds downwards at the sides to take on a second function bearing its own load.

In a flurry of Swedish snow

Manufacturing techniques such as laser technologies or five-axis CNC lathes have expanded the structural and formal options for tables. Here, the design and manufacturing processes are often dovetailed by software interfacing and thus almost inseparable. Swedish architect and design trio Claesson Koivisto Rune have thus developed a side table with surface shape that brings snow crystals to mind. And very much brings to mind the motto of US photographer Wilson Bentley, famous for his shots of snow crystals, now two flakes are alike. The white, crystal-shaped surfaces of "Snowflake" are made using a special software program in infinite, randomly generated variations. A CNC lathe then produces the table surfaces on the basis of the respective design data, cutting it from a crystal-white mineral material. Instead of tables that are always the same, this production process creates a cluster of forever different crystals – a Swedish snow flurry that prioritizes singularity and yet is mass-made.

› "Everything that is furniture" by Thomas Wagner
› "Do not lean back!" on stools by Nina Reetzke
› "On tranquility and comfort" on lounge chairs by Mathias Remmele
› "Foam meadow, stays fresh for longer" by Markus Frenzl
› "In Chair World" by Sandra Hofmeister
›"All the things chair can be" by Claus Richter
› "The shelf – furniture for public order" by Thomas Edelmann
› "How the armchair got its wings…" by Knuth Hornbogen
› "Pillar of society" by Thomas Edelmann
› "The rocking chair as a phenomenon for the arcades" by Annette Tietenberg
› "The small world of multi-functional furniture" by Nancy Jehmlich
› "Now stop jumping on the bed! The bed as a place for work, rest and play" by Annette Tietenberg 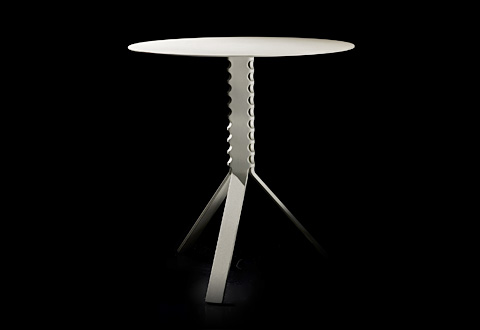 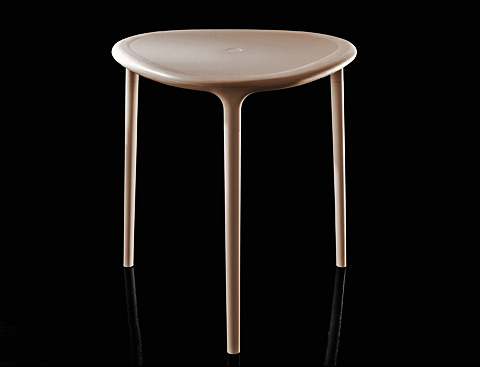 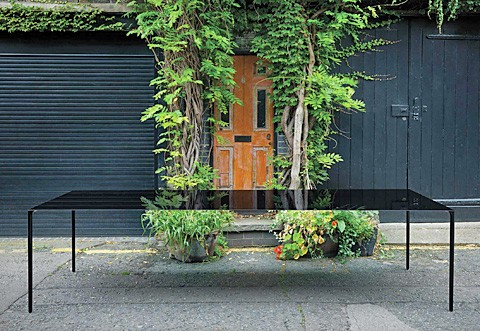 „Surface Table“ by Terence Woodgate and John Banard for Established+Sons 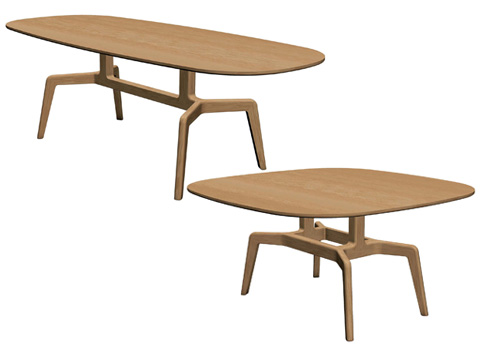 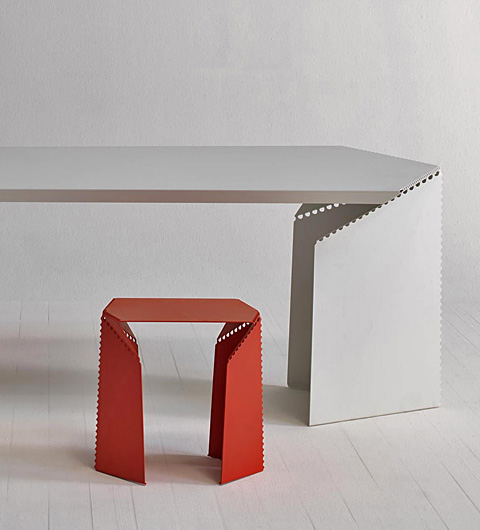 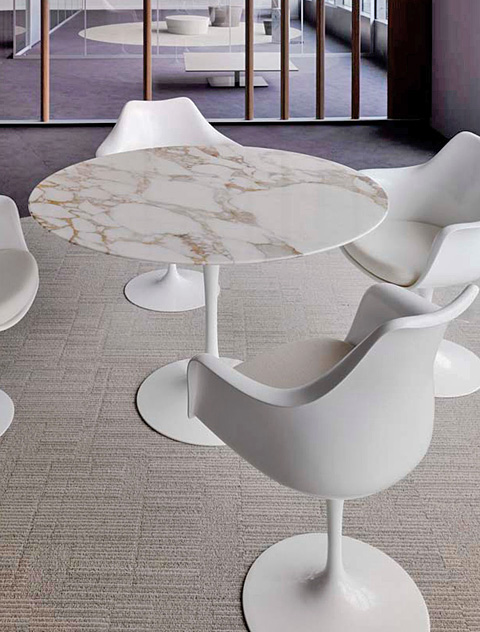 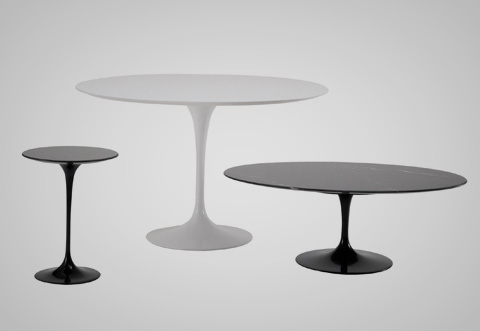 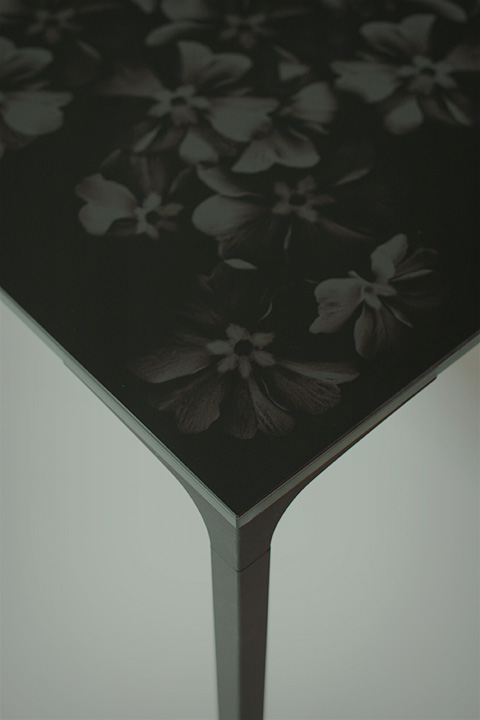 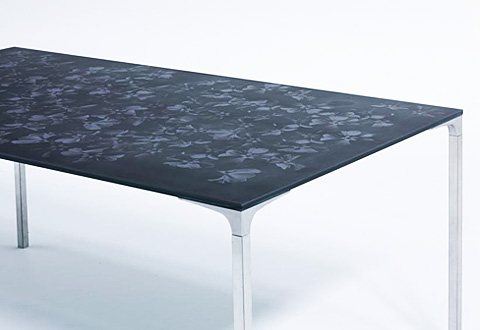 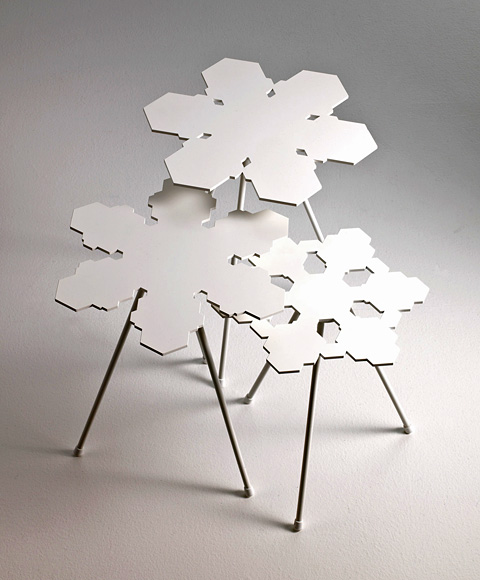 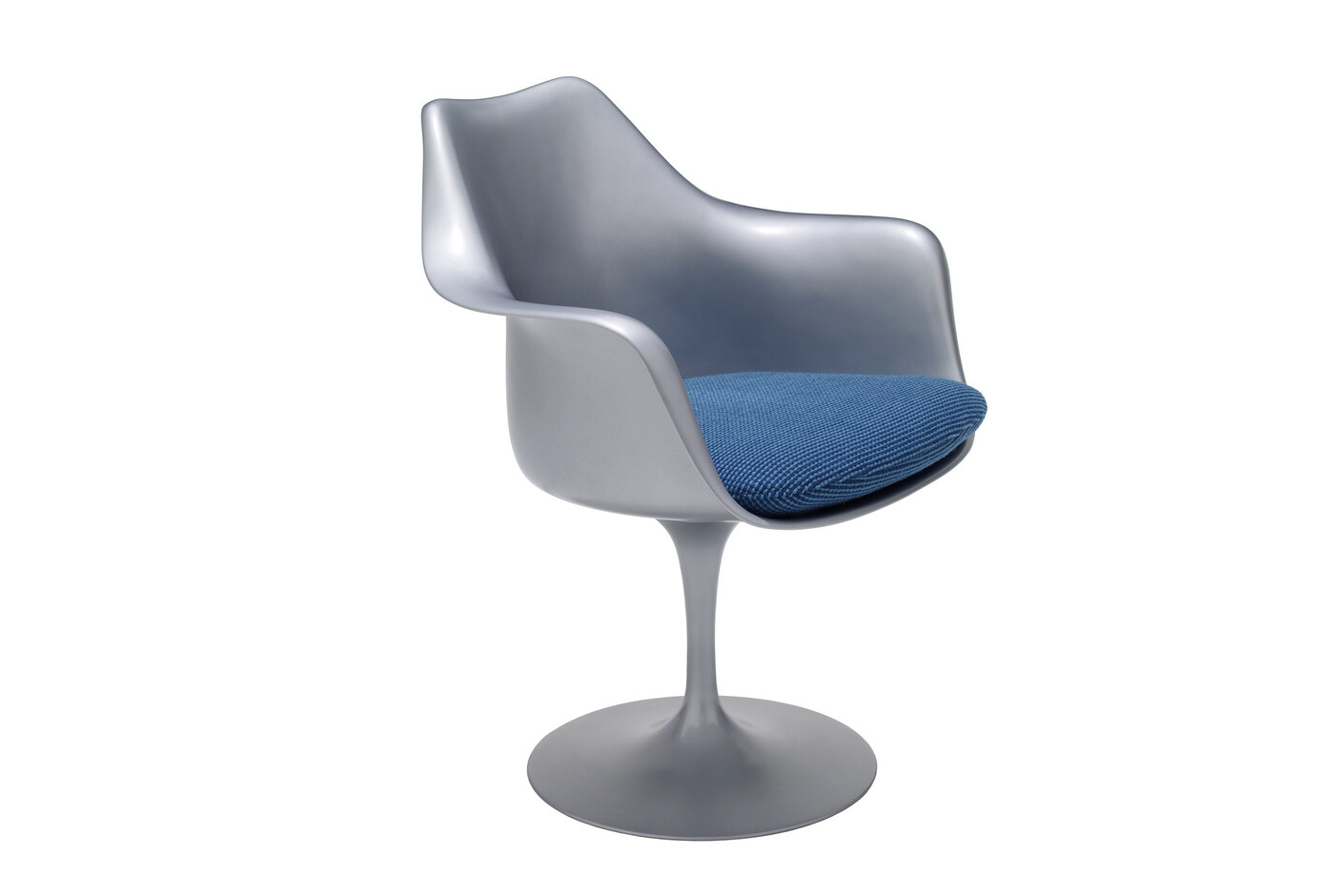 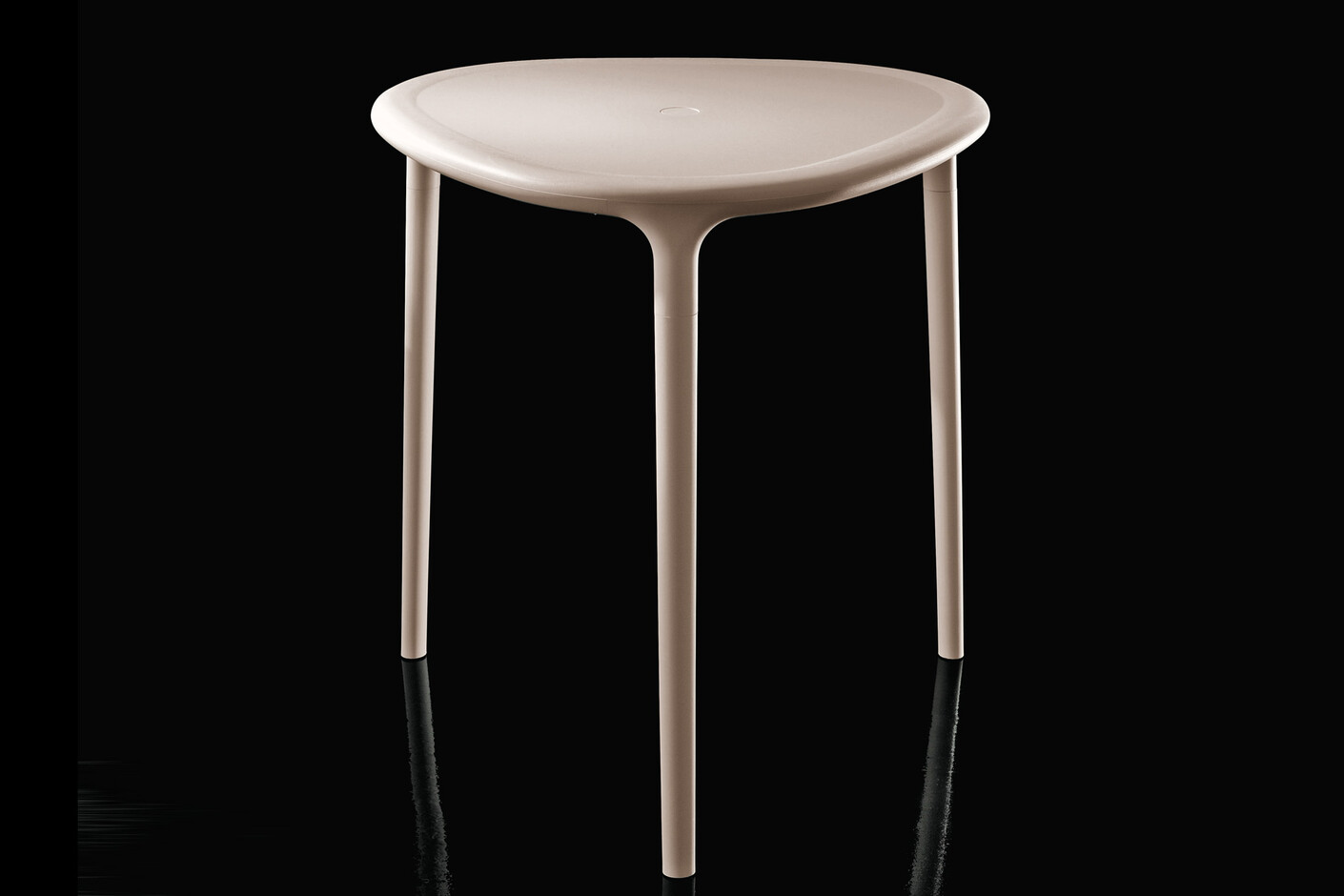