Exactly one hundred years ago, cultural critic Karl Scheffler claimed in his book "Berlin - ein Stadtschicksal" that Berlin was condemned to be "forever becoming and never being". The author's much-quoted statement written in view of his past and his present, has since turned out to be rather prophetic. No other western metropolis has been subjected so frequently and radically to upheavals of an (architectural) political, ideological or aesthetic nature as the German capital. No other city has so often been questioned as to its structure and impression and so often re-planned and - at least in part - rediscovered.

This is particularly true of the period following World War II which marked the worst break in the city's development. At the time, the physical destruction of the old city (not the result of war alone but also the demolition frenzy of the following decades) provided an invitation for fundamental re-planning and made Berlin an experimental playground for urban concepts which were as visionary as they were utopian. With internationally announced competitions and large architectural events such as the Interbau in the 1950s and the IBA show in the ‘80s the city succeeded in increasingly motivating important architects, foreign architects included, in planning for Berlin. This explains why there is virtually no other city which has such an extensive and multifaceted planning history as Berlin. Naturally (and in most cases one would also have to see fortunately!) only a fraction of all these plans, concepts and individual designs were carried out.

An original exhibition is now dealing with the remainder, with the numerous unrealized projects for Berlin. Entitled "Das ungebaute Berlin" it presents exactly one hundred works which were designed between 1907 and 1997, in general by renowned local and foreign architects. Carsten Krohn, initiator and curator of the project, made an exciting selection which encompasses both appropriately well-known and long-forgotten projects. Although Mies van der Rohe's Hochhaus Friedrichstraße from the early 1920s - probably the best known and most impressive unbuilt modernist building - or Albert Speer's gruesome 1941 "Germania" plans with their central north-south axis may be familiar to interested amateurs, many other designs are at best only known to specialists. Who knows about Hannes Meyer's 1929 plans for the ADGB'S workers bank south of the Fischerinsel, for example? And who remembers Max Bill's or Renzo Piano's 1981 suggestions for extending the New National Gallery? It is discoveries and rediscoveries such as these which make it immensely worthwhile checking out Unbuilt Berlin - even if you are unwilling to fully accept Krohn's assumption that, "knowledge of the imagined, the invisible city ... is necessary for understanding the constructed city".

The exhibition itself can be seen in that legendary party location Café Moskau (which has emerged as an unusual but not unproblematic presentation venue); it documents the projects partly by relying on plans and drawings, partly on newly created models and partly with beamer projections. The information on individual works remains somewhat inadequate given the wealth of exhibited designs. Explanations are also missing for the categories in which some of the projects are shown. In short, in order to appeal to more than just a professional public a little more in the way of exhibition didactics would not have gone amiss. The background information which is lacking in the exhibition rooms is admittedly included in the voluminous and very readable exhibition catalogue in which the hundred projects are described, historically ordered and commented upon by as many competent authors. 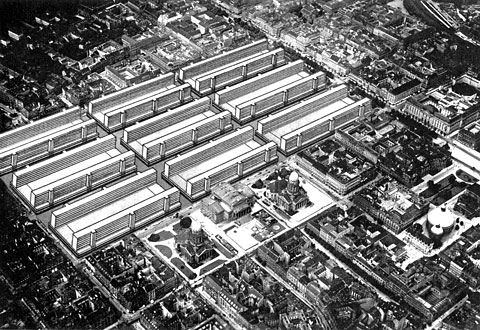 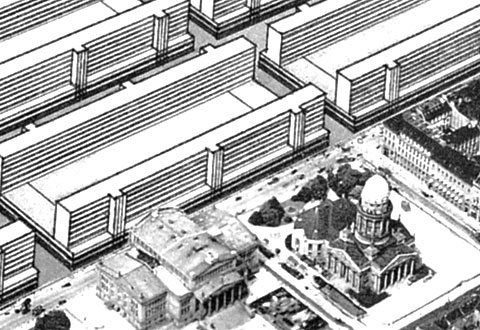 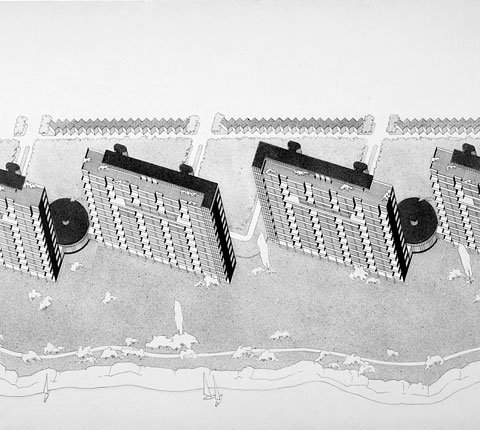 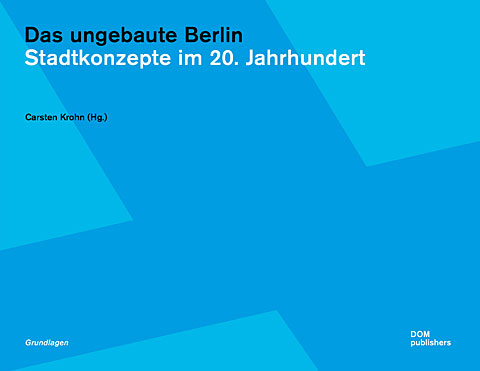 Cover of the exhibition catalogue 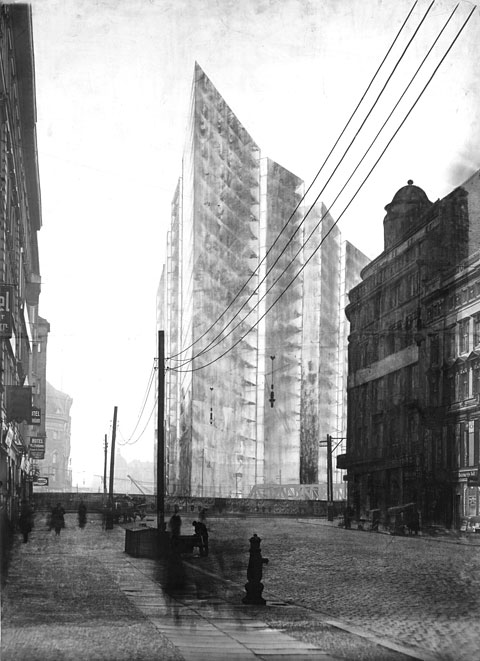 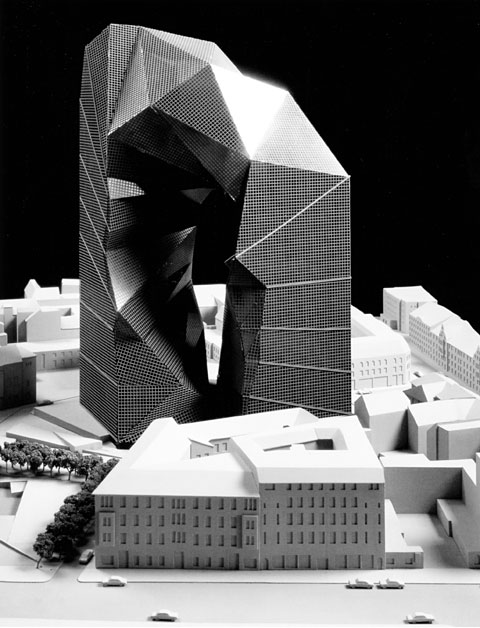 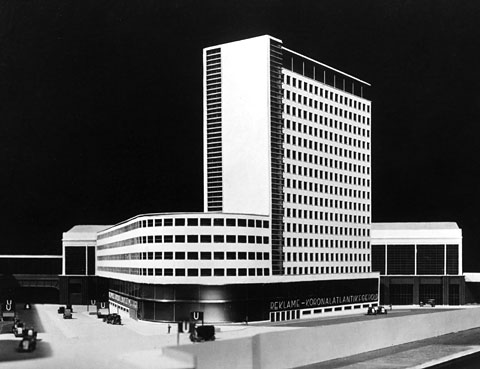 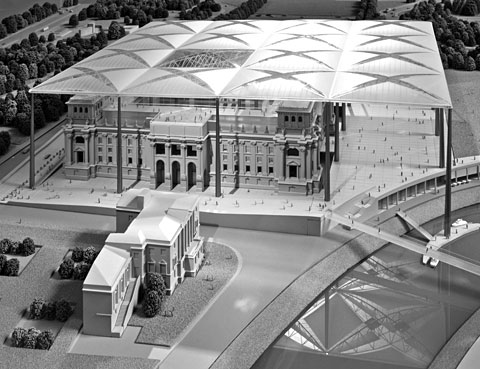 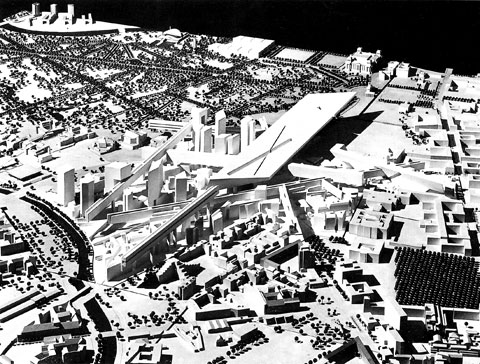