Giving something a name is not easy. A name commits you, is binding for a lifetime, has associations that differ from one person to the next. Better to choose as neutral a name as possible and something unfamiliar, something few people can relate to. Only at the very end did designer Sarah Böttger give her creation the unusual name "Juuri". Juuri is Finnish and essentially means "basic design" or "origin". The name aptly reflects the various approaches evidenced by the object. For one thing the name is an allusion to the plain, archaic design, and for another it signalizes the origin of the work. After all, Juuri consists of a simple shape resembling that of a bottle. Various elements were cut from this shape, elements that can be put together in different color or design combinations using a rubber ring. The result: a streamlined, elegant vessel of glass and plastic.

Finland is, as it were, the origin of the design, the practical part of a final-year project for Offenbach College of Design graduate Sarah Böttger. "When I studied in Helsinki I got involved in glass blowing. I actually wanted to take a ceramics course but it did not take place that semester. I had very little to do with glass at the time," comments Sarah Böttger looking back. It takes a lot of skill to blow glass. And it was above all this dexterity that fascinated Sarah Böttger about the craft. After all, it is only after years of practice that he brain stores the different movements of the hands as also happens for musicians. During glass blowing the left hand is in constant motion while the right hand defines the shape. Moreover, everything has to happen very fast with this molten material. There is no margin of error with glass.

In the form of the glass factory of the family dynasty Freiherr von Poschinger in the Bavarian Forest Sarah Böttger found one of the few glass-blowing firms that produces traditional mouth-blown objects, shapes them by hand and essentially manufactures them by hand. This traditional production process occupies an important place in Böttger's creation: The shape was developed in constant consultation with the glass-blowing firm so as to ensure the viability of the finished product.

"Juuri" was driven by the desire to combine craftsmanship and industrial manufacture in one and the same product. Not least of all, this reflects the young designer's own connection to craftsmanship; prior to her studies she was trained as a joiner. As she sees it industrially produced products often lack evidence of how they evolved. But in creating products one of her aims is to tell a story: "Ultimately, there is always a process I would like to show. That said, it is important to me that the process is completed by the presentation, in other words, that you do not show just one part of the process." After numerous trials, various design ideas, and experiments that were then dropped (Sarah Böttger comments: "Fifty percent of the entire design phase does not crop up any more") Juuri finally emerged with all its different versions from one and the same basic shape, which enormously facilitated the manufacturing process as only a wooden mold was needed for the glass vessel.

The basic glass shape is cut horizontally in six different places. This creates three lower parts and three upper parts open on both sides. The cuts are made at harmless places, not in the radius, for example. One advantage of this is that the rubber ring that joins the two glass vessels is always the same. When developing the flexible rubber rings, countless experiments were conducted until the right material mix was found and the rubber ring was both elastic and an effective seal. "There was a lot of trial and error, a lot of failed experiments until I felt the product was really well balanced," recalls Sarah Böttger. Above all, it was important to her that the there should only be a few rubber ring versions. Which she managed: there are two different sized tops and one rubber ring.

Small, large, open, closed, long, narrow, compact, short, plain colored, multi-colored - Juuri can be used for different things at different places, and combined by different people in different ways - as desired. Accordingly, the glass vessels reflect a world in which we need to be flexible, practical, multi-purpose and yet aesthetic. The times when the good glass vases and the tea set remained unused in a glass display case are a thing of the past with Juuri. 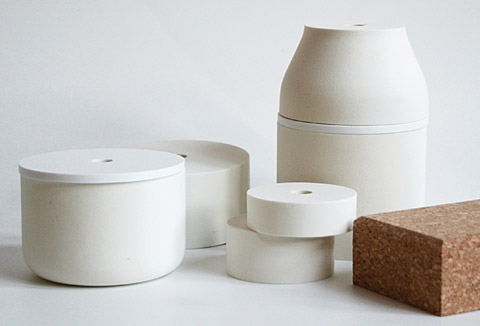 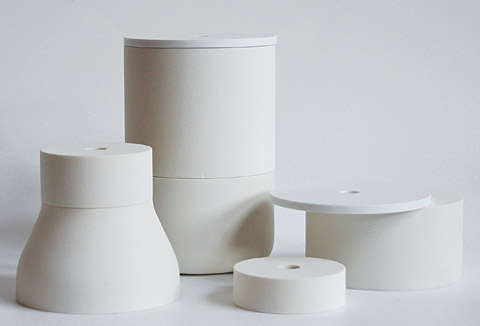 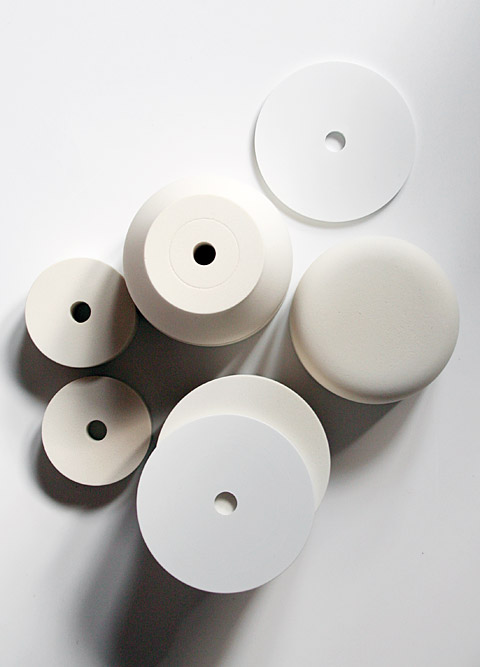 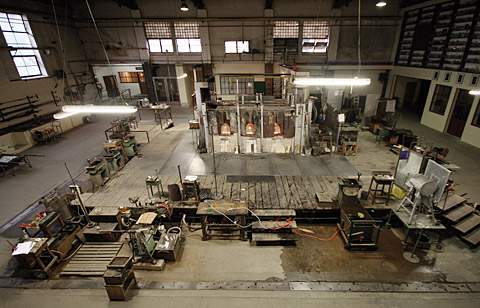 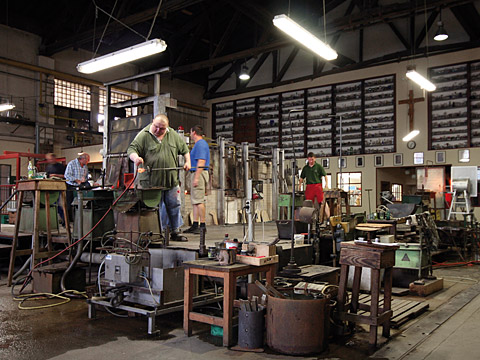 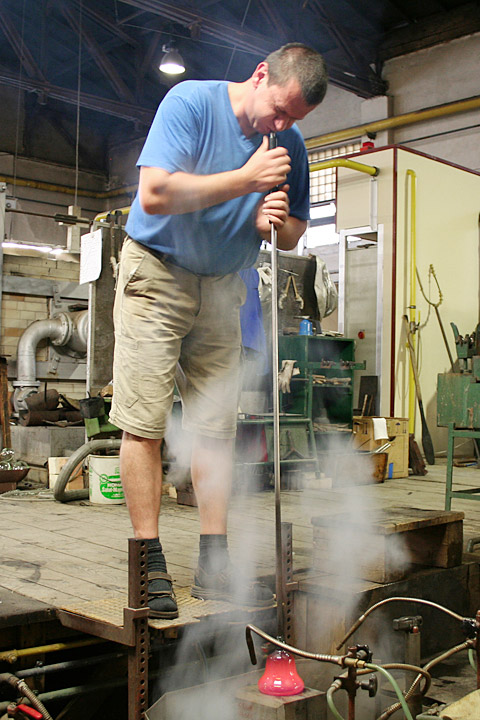 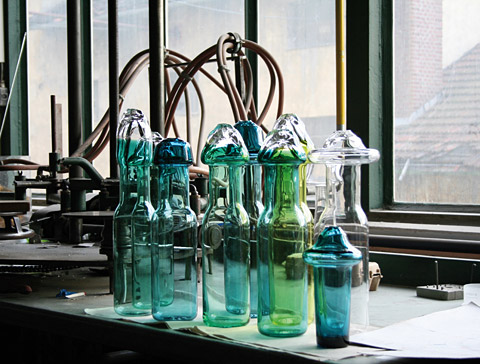 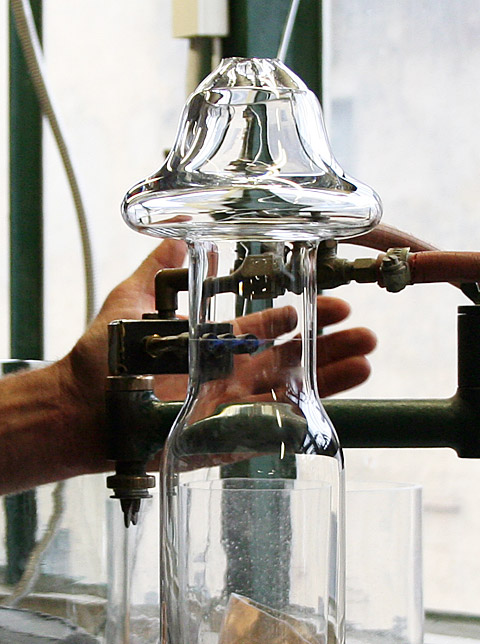 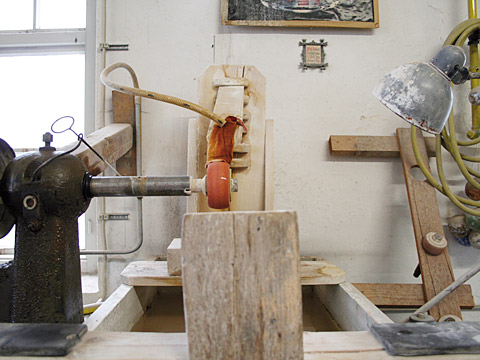 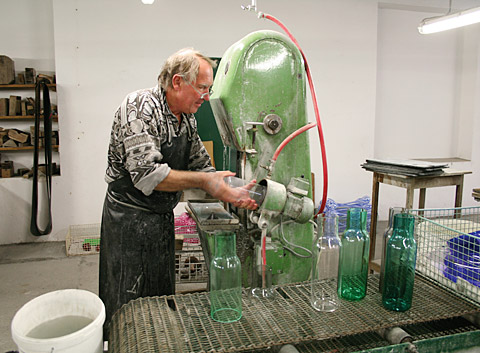 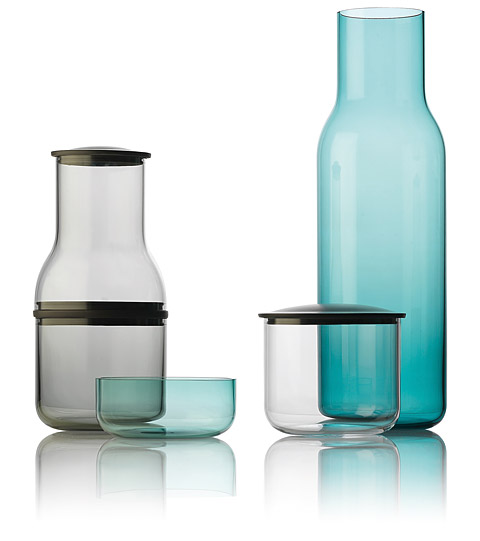 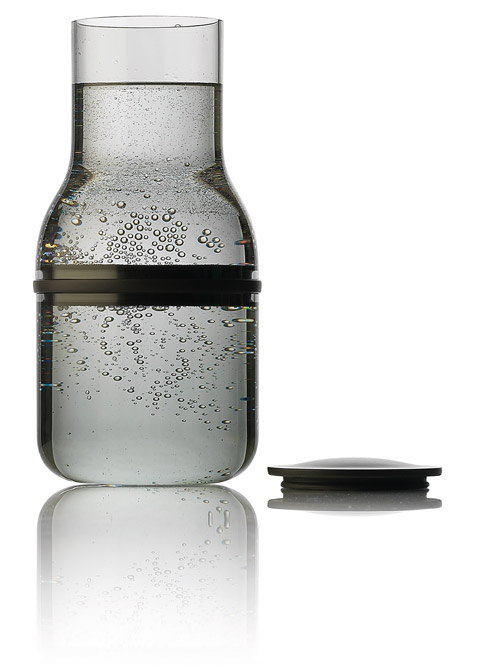 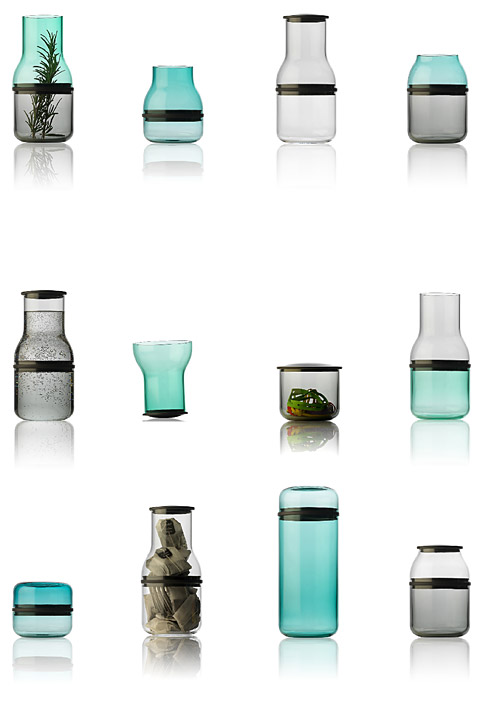 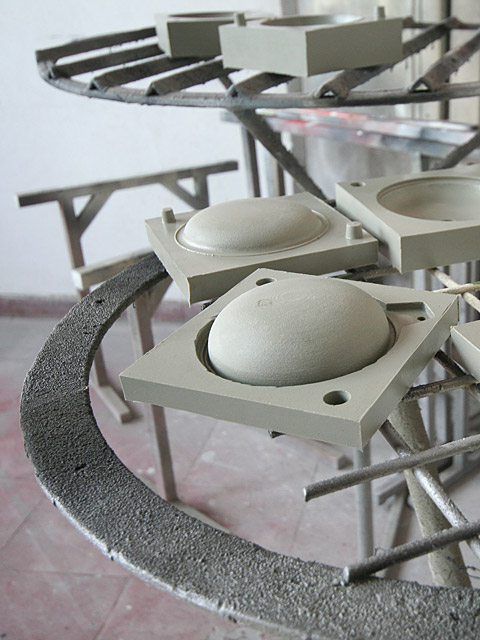 Mold for the rubber ring 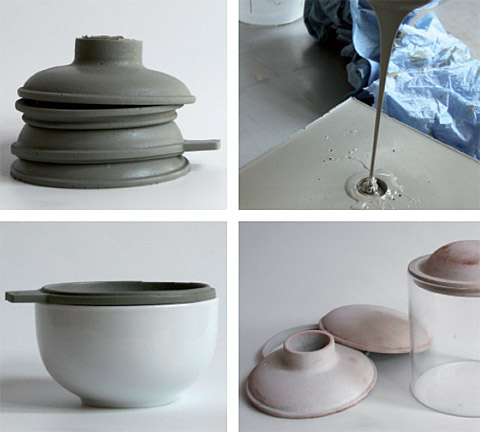 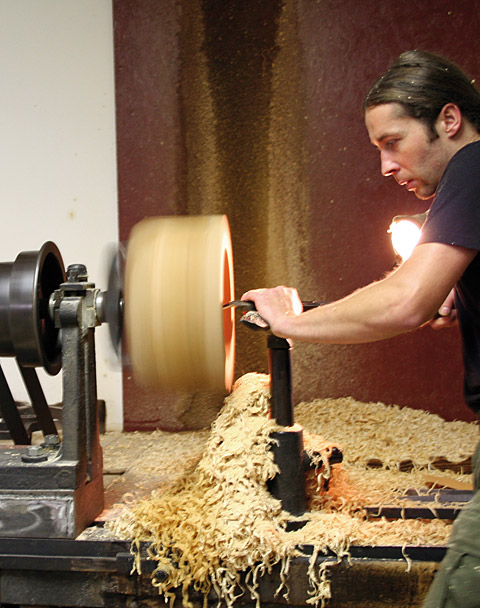 Producing of the wooden mold 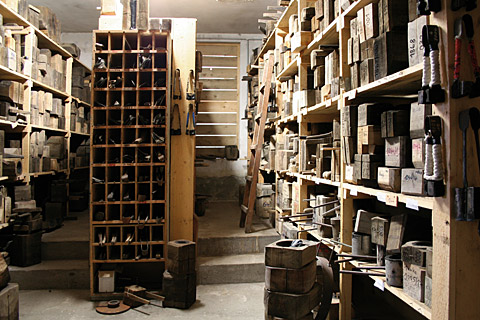 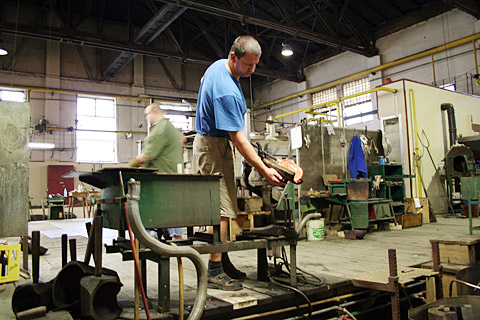 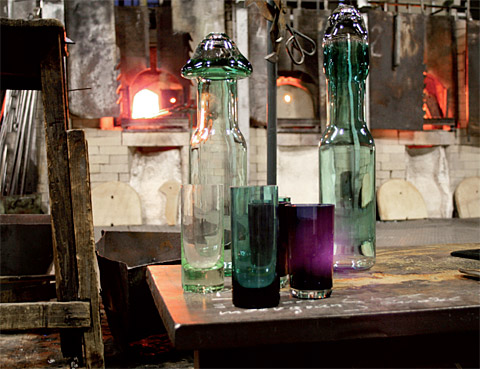 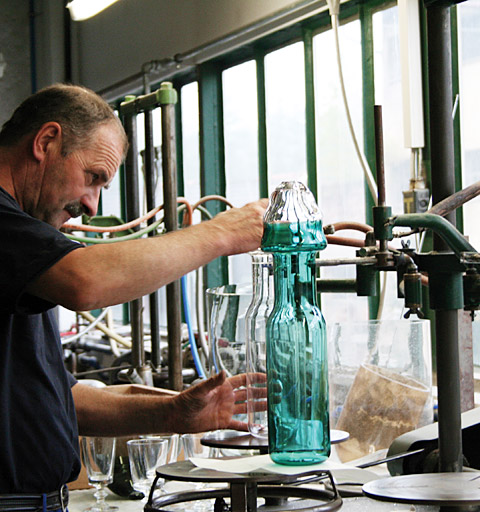 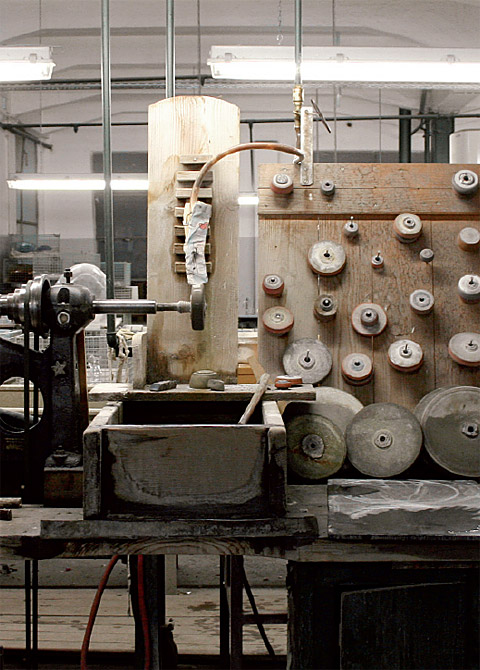 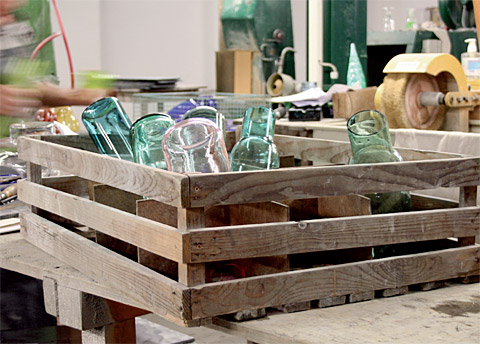 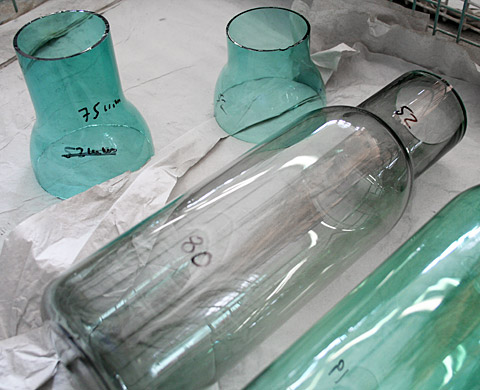 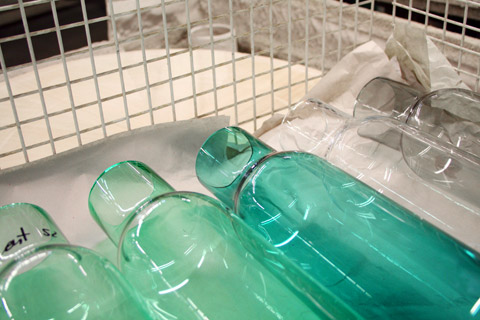 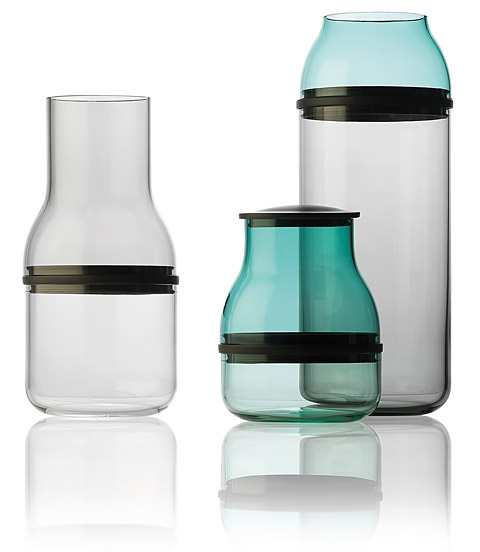 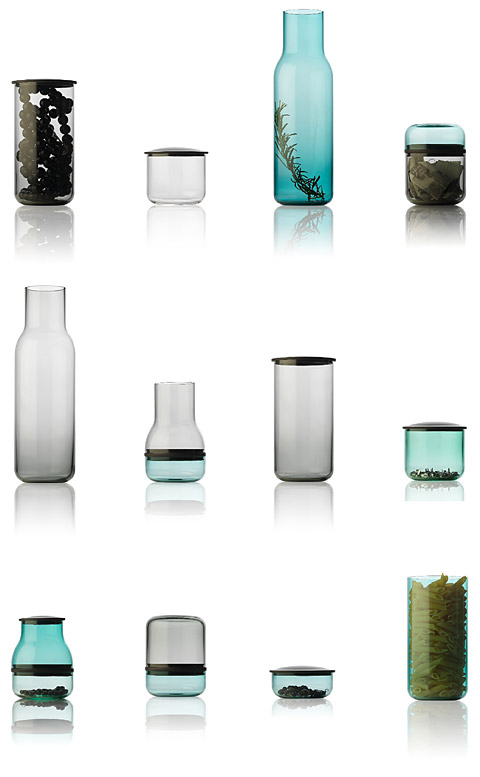 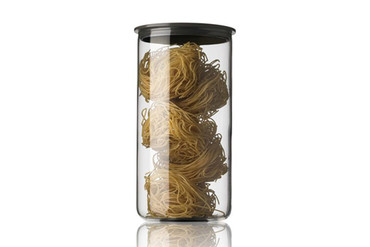 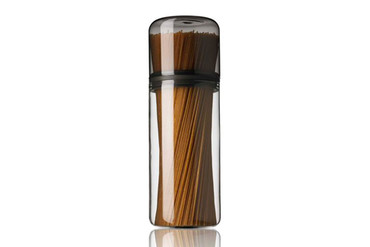