Thomas Edelmann: BMW is a pioneer among German manufacturers when it comes to strong emotional appeal in the automotive industry. Once capital goods, cars have now morphed into consumer products that are subject to swiftly shifting design trends. If you look around you today, what would you say has become of this project of emotionalization?

Adrian van Hooydonk You’re right; we did indeed take huge steps to design our cars in a way that would really appeal to the consumer’s emotions. If you go a little further back into the history of the industry, to the pre-War or for that matter the post-War period up to the 1960s, designing cars in a very emotive way was the norm. Then there were a few decades in which the entire industry experienced a certain rationalization in automotive design. This was triggered by a variety of factors: The first oil crisis in 1973, for example, came as a real shock. This was followed by a phase of further industrialization, the first robots were brought onto the production line, and the influence this all had soon became apparent in the car design of the day. The challenge back then was to create the necessary framework for automation. This rankled with design teams, for they were now forced to overcome a barrage of restraints and limitations.

Has the situation changed since that time?

van Hooydonk Automated production has become standard now and allows us to realize extremely complex designs. Technology doesn’t create more limitations but expands the field of play. We have overcome several crises since then. Today we know that you have to offer the customer everything. This includes a product that they will be able to use and enjoy for a long time. You called them “capital goods” and for our products, which are indeed premium commodities, this still applies. But you only surround yourself with things that you personally like, that you are prepared to connect with in emotional terms. And, what is more, you are only prepared to do this if you know rationally speaking that everything is in working order, too.

van Hooydonk Well, it means that you know that the car works, is safe, promises a long service life and, something which is especially important in today’s world, doesn’t use too much energy. We offer design that is modern and authentic when launched but will many years down the road still boast an interesting aesthetic, an expression what it is capable of. Function is a prerequisite; it is the entry ticket into the respective market segment. You do have to be able to offer everything.

You have just presented the Concept Active Tour study, last year you presented the i3 study by sub-brand BMV i. Both offer lots of interior space on a small base surface. A whole new minefield for BMW. What is the idea behind it and how do the two vehicles differ from each other?

van Hooydonk This is an implication of potential for growth. We believe that we can use such vehicles to appeal to those customers whose needs were not addressed by our previous models. The “Active Tourer” concept car is aimed at young families who seek a compact car with an interior that offers greater adaptability and a higher seated position. Here it is the technical layout that makes this a possibility. By opting for a front-wheel drive, which is not usually a feature of BMW vehicles, we gave ourselves more scope on the interior. The same applies to the i3, where the motor is located at the back and the car has a rear-wheel drive. The passengers sit above the battery and the electric drive unit. Both cars are designed for use in the city, where it is important to maximize the interior space while keeping the actual road footprint as small as possible. In the i3, the arrangement of the components allowed us to fulfill these requirements. In addition, ideally a vehicle shouldn’t produce any emissions, and this is a factor which is becoming ever more importance in the urban space. Even today, there are already city centers that are “closed” on certain days, or only allow cars to enter that are of a particular environmental standard. This issue is becoming increasingly important. But there are decisive differences between the two cars when it comes to the drive concept and construction.

van Hooydonk The Active Tourer is based on a material mix of steel and aluminum, the i3 is made of carbon.

In both cases, functionality places a greater role than before. Does this not interfere with the highly sought-after emotionality we spoke of earlier?

van Hooydonk Functionality is a prerequisite, a matter of course. In industrial design there are many things that have been designed very well. But the present-day consumer would no longer accept a kitchen appliance that merely looked good but didn’t fulfill its purpose, for example. A product has to be aesthetically pleasing and it has to possess efficient functions. For the i3 we considered a number of options in relation to networking the vehicle as a way of making life in the city easier. Internet connections play an instrumental role here, right up to the “Drive Now” car-sharing scheme, which will enable people to use an i3 for a day without buying it. The sub-brand BMW i is a little like our own experimental laboratory.

You recently claimed that the brand no longer belongs to the company or the design department, but to the customer…

van Hooydonk And that is what I believe, if the brand is successful at any rate…

But what does that mean for the designer? Are they driven by the customer? Or do they have to put up some kind of resistance against them?

van Hooydonk Neither. It does mean that the designer must respect the customer. You meet some very enthusiastic people along the way. It’s great when a customer tells you that a design is good and you don’t think it’s too bad yourself. Customers often know a great deal about our design history. Then a conversation soon turns into shop talk. That is when you realize that your own work is held in high esteem. This is then coupled with an awareness of expectations that you need to top with the next design and of the fact that you cannot afford to cause disappointment by failing to do so. That’s normal. We put high demands on ourselves and our own work. There are lots of designers that don’t experience such a feeling. Today, all of the BMW brands from Mini to Rolls Royce are so well known that they have almost become public domain.

So there’s not much left to do?

van Hooydonk No, no. Of course this doesn’t mean that you give up and take your hands off the wheel. You are responsible for helping the brand continue to flourish in the future and go on sparking public enthusiasm. Naturally, you must also consider that the customer is very well disposed to express what they liked or what they didn’t like. But they are not as good at explaining what they will like in ten years’ time. That is the difficult part. And that is why you perhaps need a designer who is able to use their fine-tuned feelers and instinctive flair to tease this out of them and work with what he finds. And when you meet the same customer again three years later, who then says that the outcome is fantastic, it truly is a great feeling. But in our business you can never be 100% sure that that will happen. That’s what keeps you on the ball. 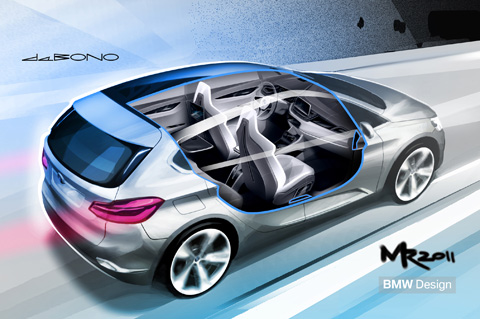 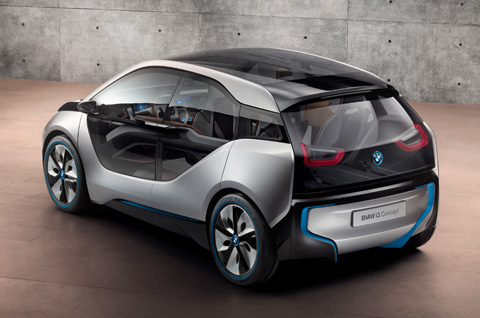 Model i3: BMW’s first all-electric car with carbon body will be launched as early as 2013, photo © BMW Group 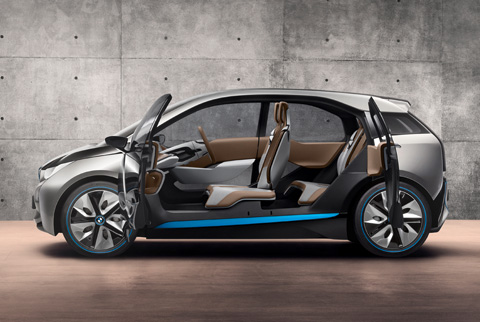 Futuristic design: The i3 model is equipped with portal doors, photo © BMW Group 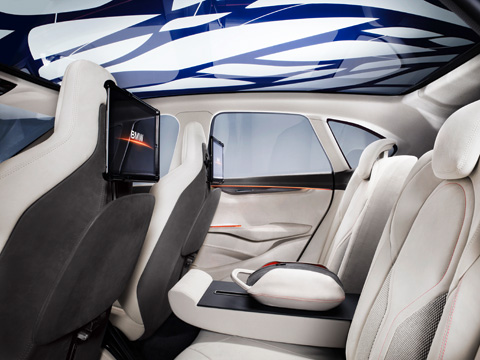 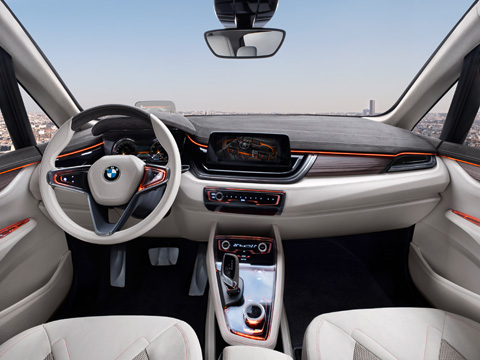 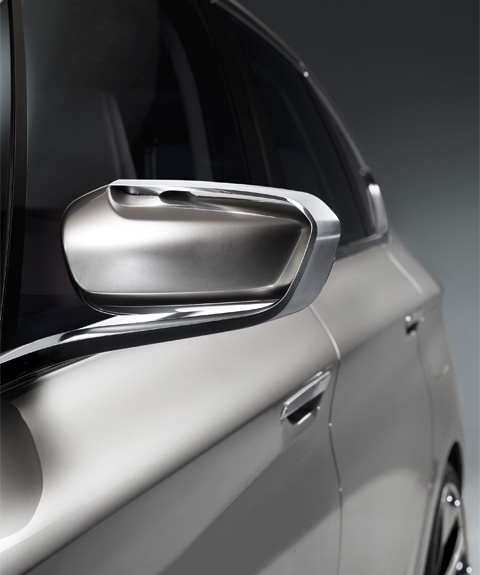 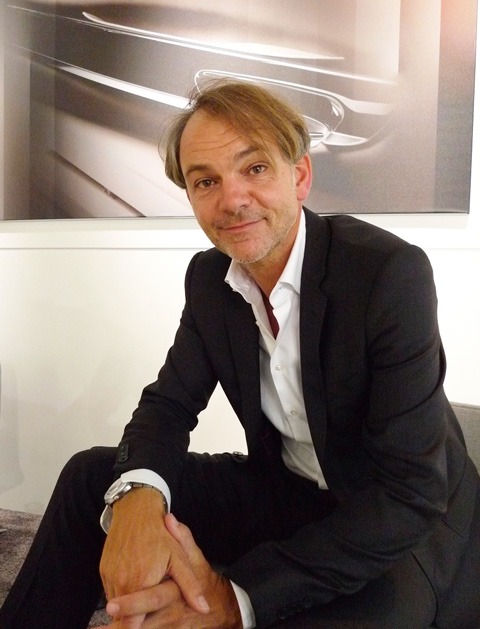 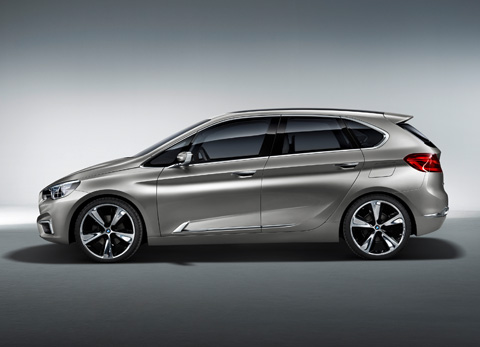 The Active Tourer combines front-wheel drive, a 3-cylinder engine and an interior concept with a high roof – three characteristics that were previously considered incompatible with the Bavarian premium brand, photo © BMW Group 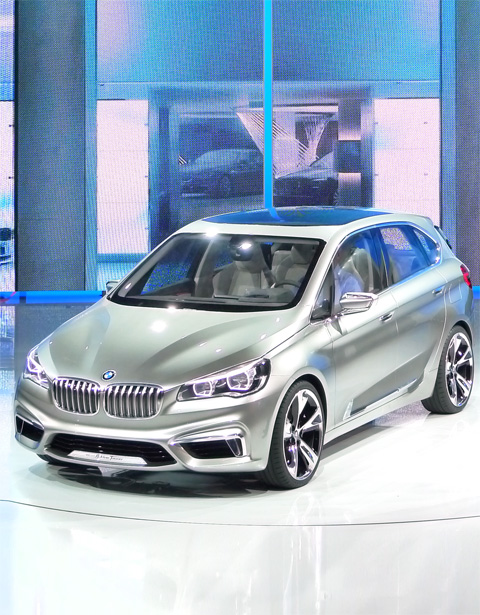 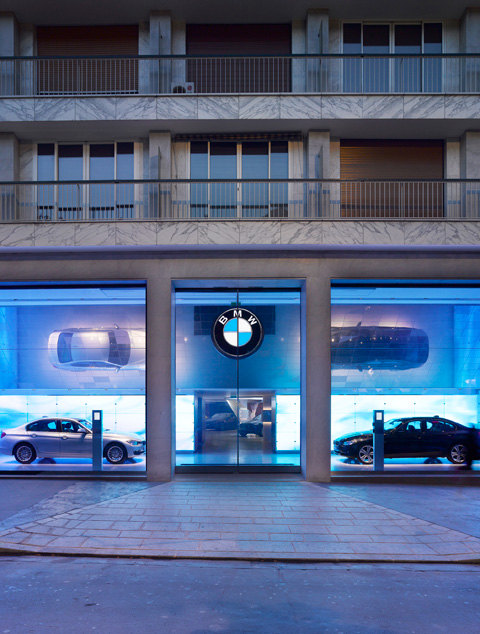 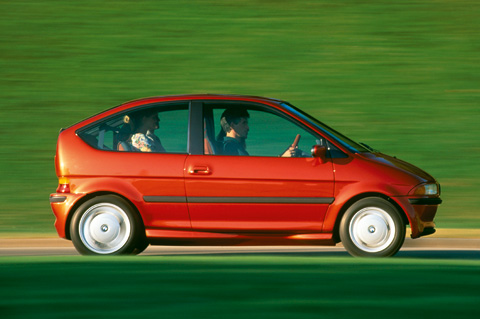