As Lucius Burckhardt once put it "design is invisible". The Swiss political economist and sociologist said that it was possible to see the world as one of objects or one of contexts, describing different types of perception, attitudes that influence design in very different ways. Today, if you wish to design and produce successful garden furniture you have to depart from a systematic mindset. In the past, furniture for the garden possessed certain typical characteristics, characteristics from which more recent designs have managed to escape. Indeed, contemporary garden furniture would almost be equally at home inside the house as it would on the lawn, beside the pool or on the patio. Gone is the age of light, wobbly items that always had something temporary about them. Gone too are all those immovable monuments such as those incredibly solid garden benches. They were all delicate, requiring protection and intensive care.

When, in 1990, Bobby Dekeyser ended his professional soccer career with Bayern Munich to become the founder of Dedon and a manufacturer of outdoor furniture he invented the concept of an "outdoor living room". Instead of using conventional types of outdoor furniture, he gathered together the kind of designs that lend often unusual contours to resting, relaxing and regaining one's strength out of doors. His idea is based on intelligently combining industrial production with hand crafting. At the company headquarters in Lüneburg the Dedon fiber, a particularly resistant and colorfast plastic fiber is produced. The machines run 24 hours a day. Subsequently, more than 3,000 employees on the Philippine island of Cebu weave these fibers as precisely as clockwork. Dedon invests in various levels of training and guarantees social standards.

Anyone who knows the background immediately understands the new special edition D.D.C. (Dedon Dress Code). Is it perhaps the printed textiles that Dedon has used to cover the Slim Line collection by Jean-Marie Massaud? No, it is the tried-and-tested dyed-through Dedon fiber, processed here in unusually bright color combinations. The décor and the constructional material are one and the same. Whereas normally Massaud's Slim Line is only available in carbon or chalk, the special edition offers special designs: Cambon, Marseille, Oslo and Edinburgh.

In fact, the Dedon Dress Code takes its inspiration from specific ideas and styles in the fashion business. Here, traditional Scottish tartan "Edinburgh" not only stands for the culture of the highlands but also for the type of genre-crossing elevated to a principle in the London of the punk era by such icons as the Sex Pistols and Vivienne Westwood. "Cambon", on the other hand, transfers the 1950s New Look with its characteristic hound's tooth checks to large-format furniture decors. In fashion and interior design (in the Vorwerk collection "Inspiration") and even in automobile design (for example, in the Kia Soul) ironically enlarged hound's tooth patterns are currently in evidence relatively often. "Marseille" - a textile with brilliant blue stripes references the sailor look so often in vogue on the French Riviera and thus, simultaneously, articulates the kind of landscapes of longing where the idea of an "outdoor living room" seems particularly plausible. "Oslo", a somewhat smaller-scale design, is meant, so the press release would have us believe, to personify "the untamed wilderness and harshness" of the Scandinavian landscape. The idea for this came from the Norwegian pullover.
Dedon is presenting the special edition D.D.C. for the first time at the Milan furniture fair at the showroom on via Savona 50. 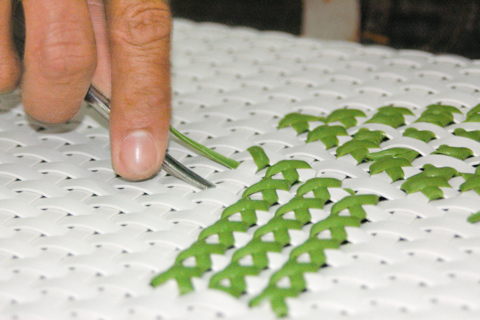 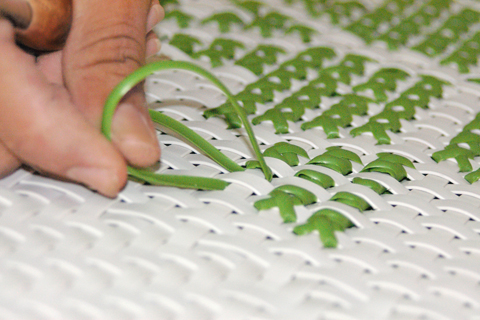 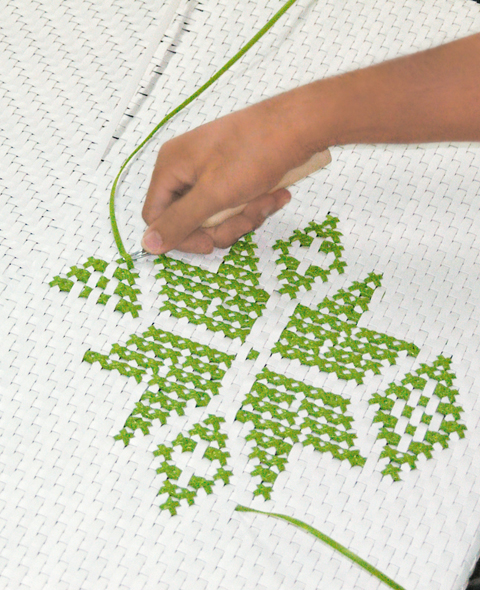 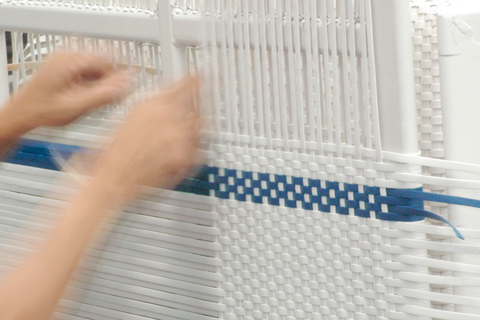 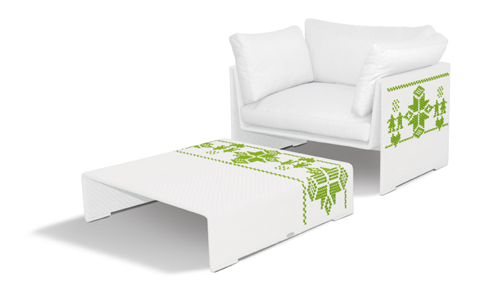 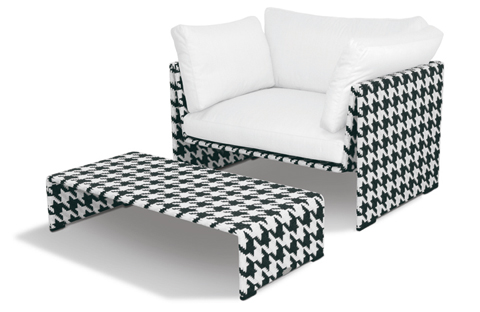 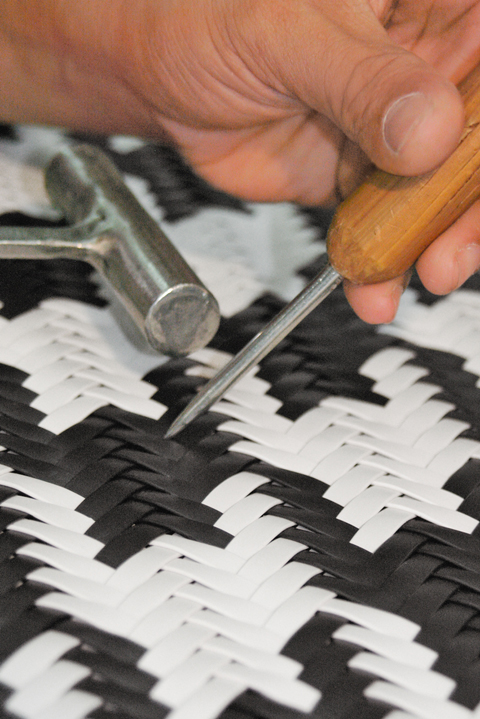 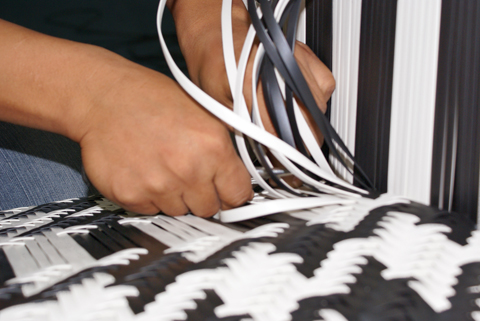 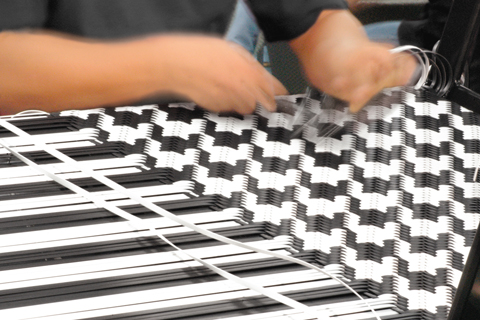 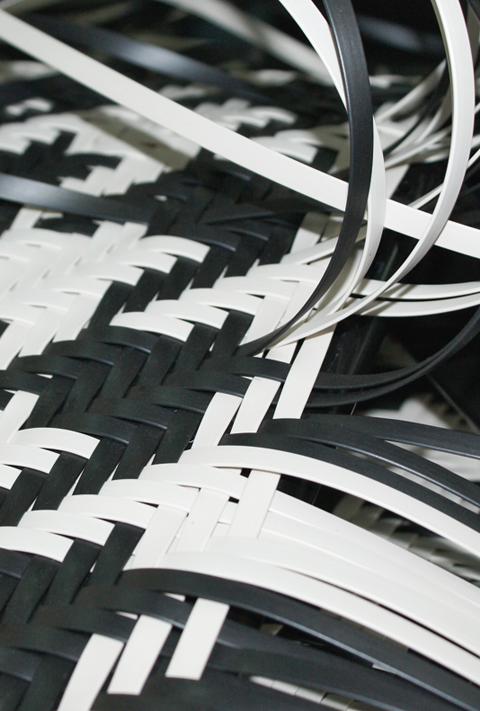 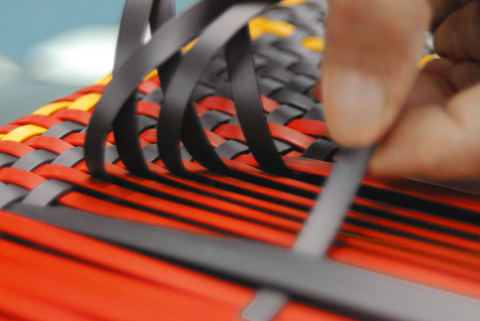 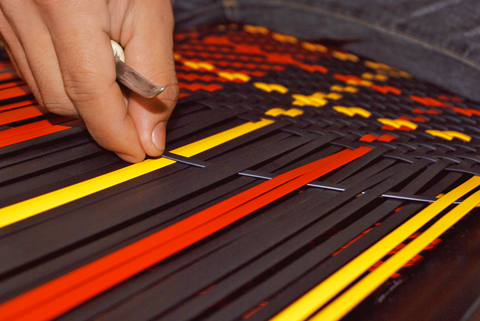 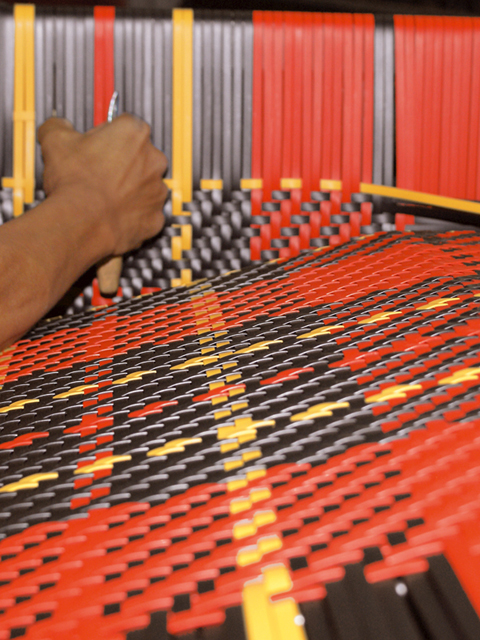 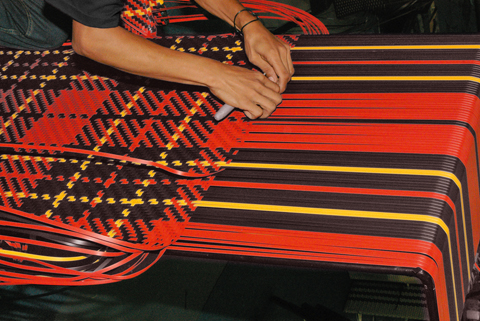