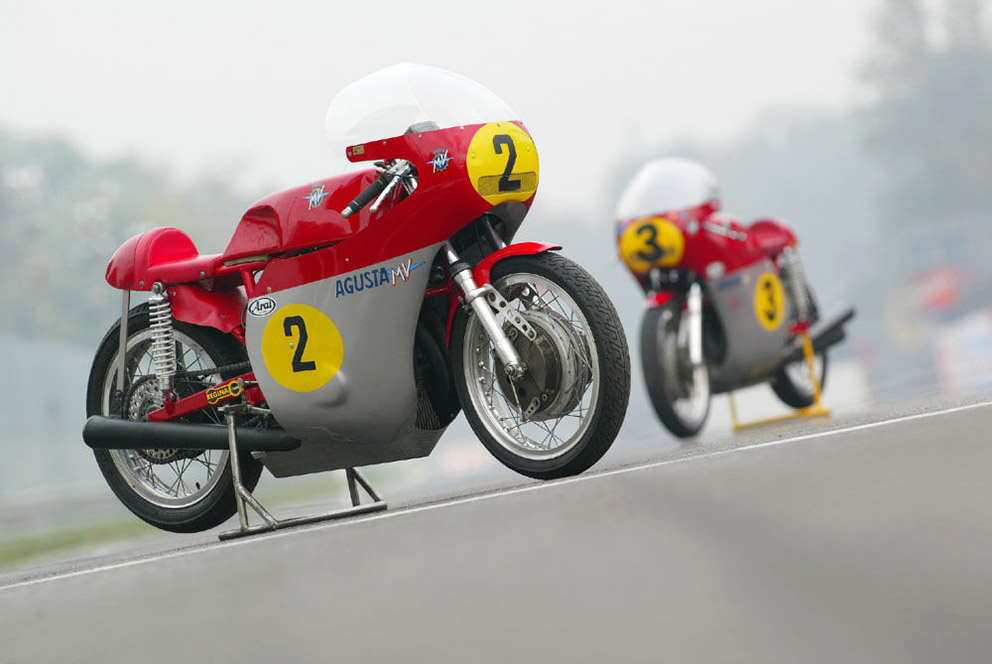 Its body is as slender and delicate as those of north Italian male models: the “MV Agusta 500 Tre”. Photo © Fondazione Museo Agusta

Sure, the Brits, Germans and Japanese and other Italian manufacturers can build beautiful and successful racing machines and fascinating motorcycles. But back in the days when aerodynamics was merely a case of simple fairing and the air-cooled engines’ explosive mixture was still generated by carburetors, there was but one queen in the class of 500cc bikes: the “MV Agusta 500 Tre”.

Everything about this racing machine is perfect. Each part is in the right place, there is nothing superfluous to distract the eye. Its body is as slender and delicate as those of north Italian male models, it moves as elegantly and accelerates as quickly as a cheetah. The frame, tank, seat and tail shine in the fieriest of reds. This is continued in the upper part of the slender fairing, which is painted red and silver, accentuating the machine’s length and making the “Tre” look like it’s accelerating even when it’s stationary. The oval bearing the number 1 provides an additional highlight. A powerful double duplex drum brake dominates the front wheel, while three black, slightly conical and upwards curving exhaust trumpets encase the rear wheel (likewise with a drum brake), two on the left and one on the right. These emit the powerful yet sonorous voice of the three-cylinder engine with its four upside-down valves equipped with barrel tappets. Delivering 85 HP at peak revs of 12,000, the “Tre” could reach top speeds of up to 280 kilometers per hour. What more do you need?

Giacomo Agostini won the 500cc title in the Grand Prix every year from 1966 until 1972 on this motorcycle. “MV Agusta” also won the Constructors’ World Championship from 1967 until 1972, which is why the “MV Agusta Tre” is considered the most successful racing motorcycle in history. The “MV Agusta 350 Tre”, developed before the 500cc bike, was no less successful. Agostini was the uninterrupted driving champion on this machine from 1968 until 1973. When “Ago”, as he was nicknamed, turned up on the racetrack wearing a helmet painted in the Italian national colors with a golden ring, it always smelt of rubber, burnt gasoline and victory. 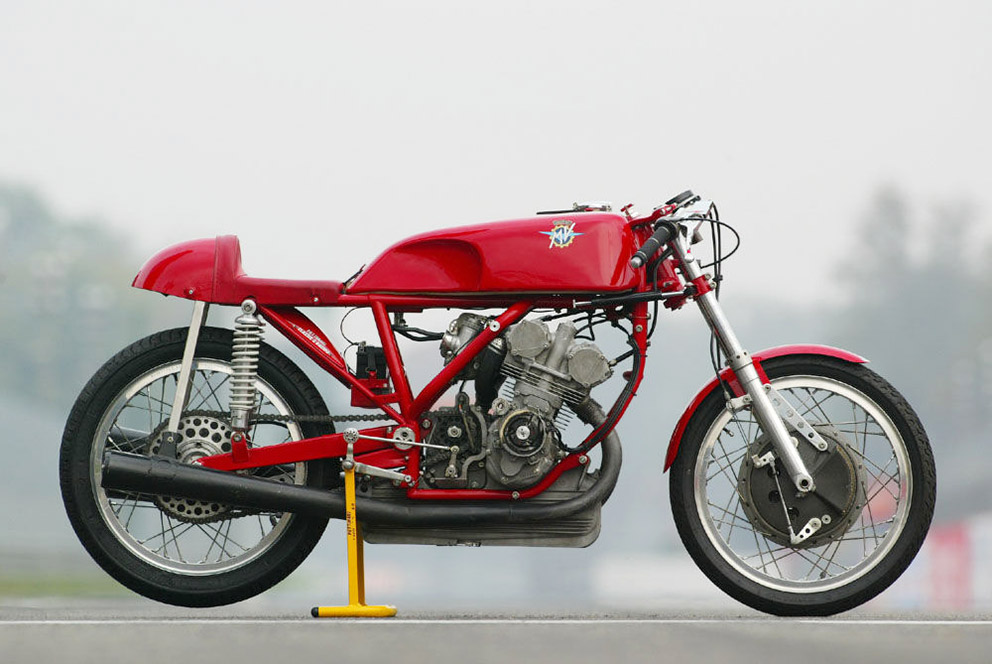 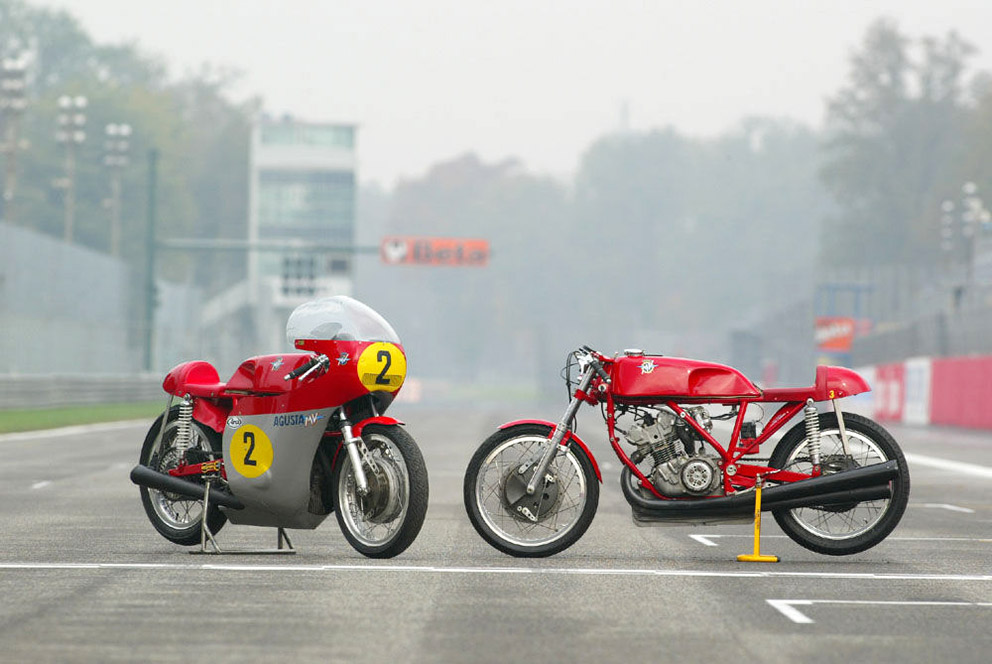 Every single peace is in the right place, nothing perturbs the eye. Photo © Fondazione Museo Agusta 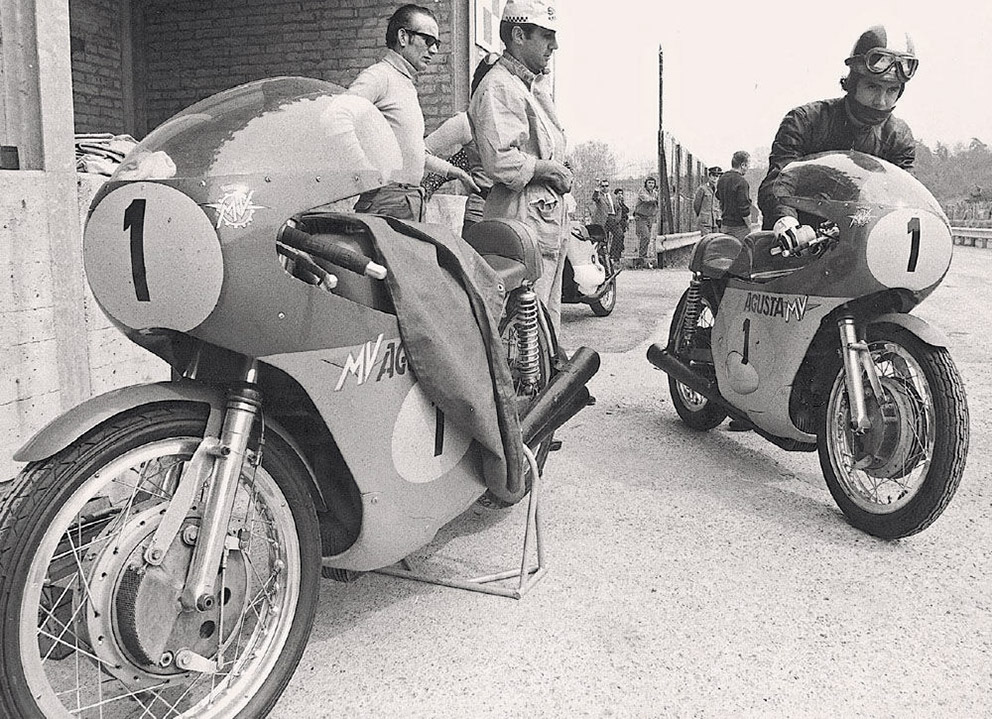 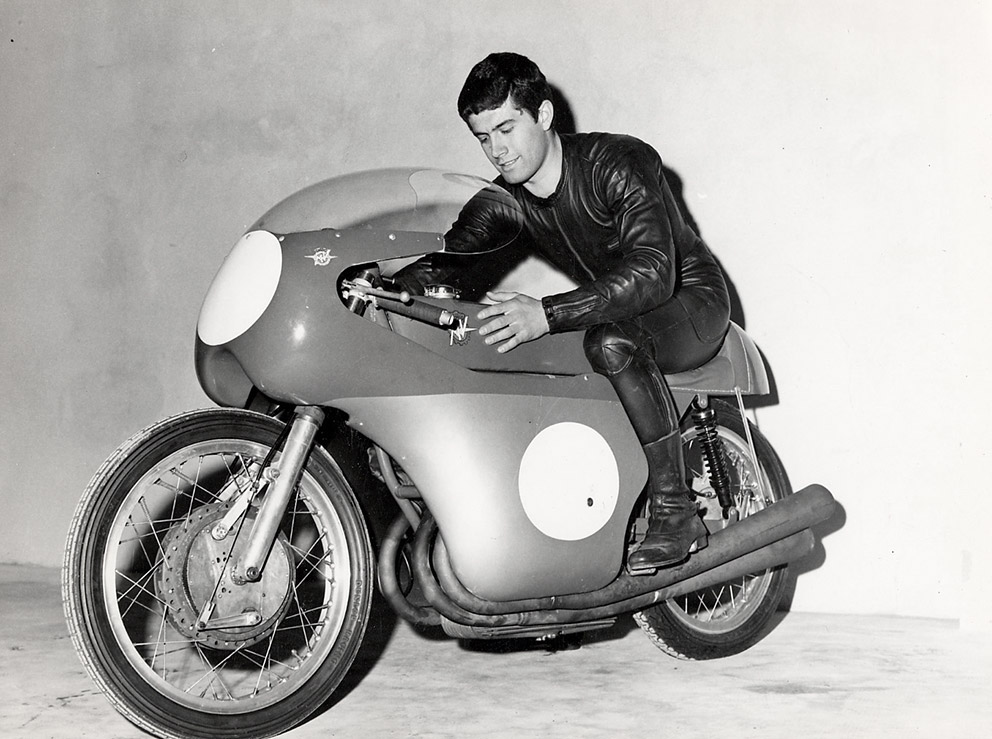