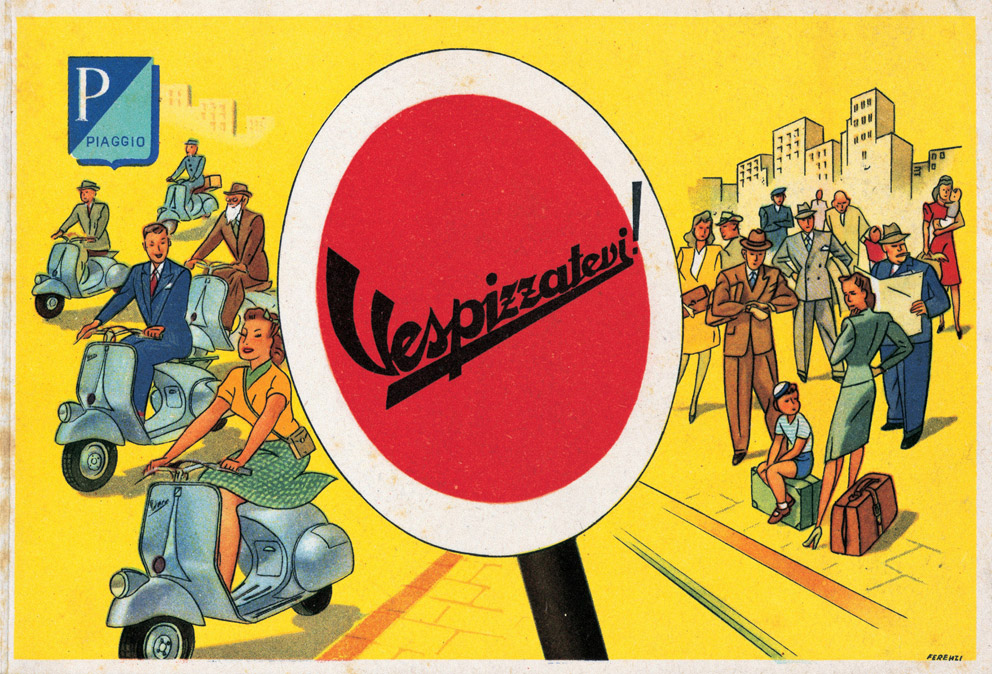 „Vespizzatevi“ – „Take the Vespa“ was the motto in 1950 - four years after the first vespa has been on the market. Poster © Piaggio Museum

Even from a technological viewpoint, the “Vespa” is something special. And it is an attractive machine to boot, albeit not necessarily at first glance – at least, when compared to a “real” motorcycle. Some say that its design seems passé by today’s standards, but that it has other assets.

No matter how you look at it, the “Vespa” embodies the typical Italian lifestyle and attitude to mobility like no other vehicle. It represents that priceless blend of sun, love, light and freedom that we Germans in particular can hardly resist. It comes from the people, never lets you down and enchants you with its character. Simply winding through the city with your girlfriend on the pillion – happiness requires nothing more, at least, if we believe the cliché. Anyone who has never had this “Vespa” feeling or has forgotten it should watch William Wyler’s romance movie “Roman Holiday” from 1953, in which Audrey Hepburn (Ann, the young crown princess) and Gregory Peck (Joe Bradley, an American reporter) spend an eventful day laughing and falling in love in Rome – for a time on a “Vespa”.

The “Wasp” was born of necessity. The firm Piaggio had been building military aircraft for Fascist Italy and after the War had to look around for new products. With the tools they had at their disposal, they didn’t simply want to make pots and pans. Thus the idea was born to develop a low-cost, simple, economical and practical vehicle for everyman and for any situation. The original Vespa was designed by engineer Corradino D’Ascanio, who until that point had developed aircraft and helicopters, but never motorcycles. Perhaps that is why his concept was so novel: small wheelbarrow tires, direct drive and at the rear a completely covered airplane starter motor as the power source, which got neither pants nor skirts dirty. Even the tire could be changed super easily.

Whereas the first version, launched in 1946, was initially dubbed “Paperino” (duckling), allegedly company boss Enrico Piaggio himself thought that it looked like a wasp. Yet it never looked aggressive of course, the “Vespa”, rather more “affacinante” and “fascinosa”. Its name has long since become a synonym for any “motoretta”. It is a myth, and no matter which one from the long line of buzzing wasps you drive, it is love at first sight with the little “macchina”. 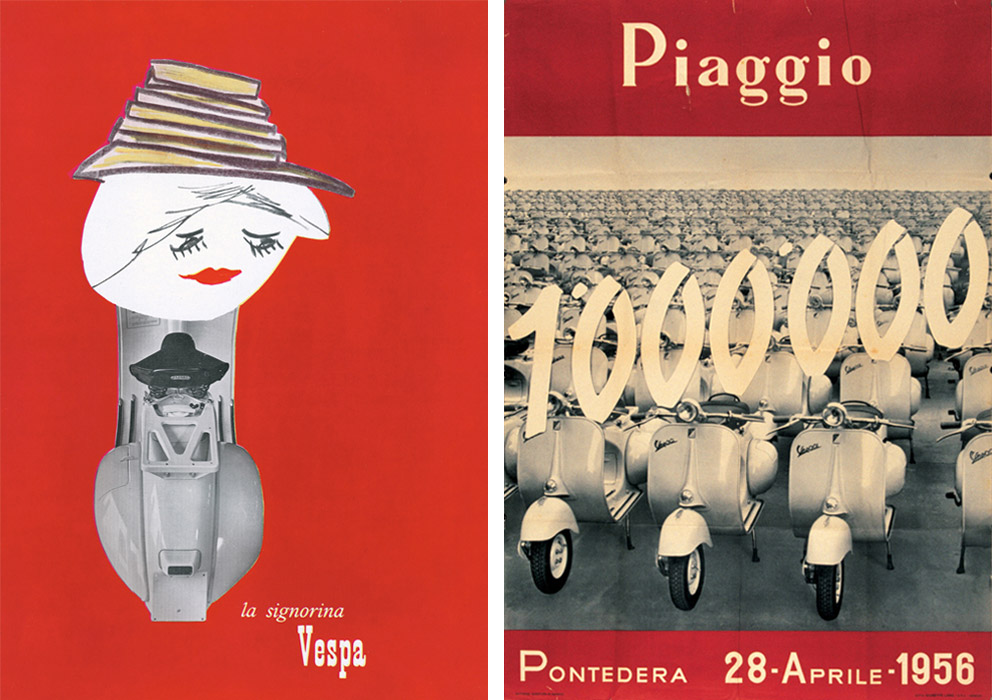 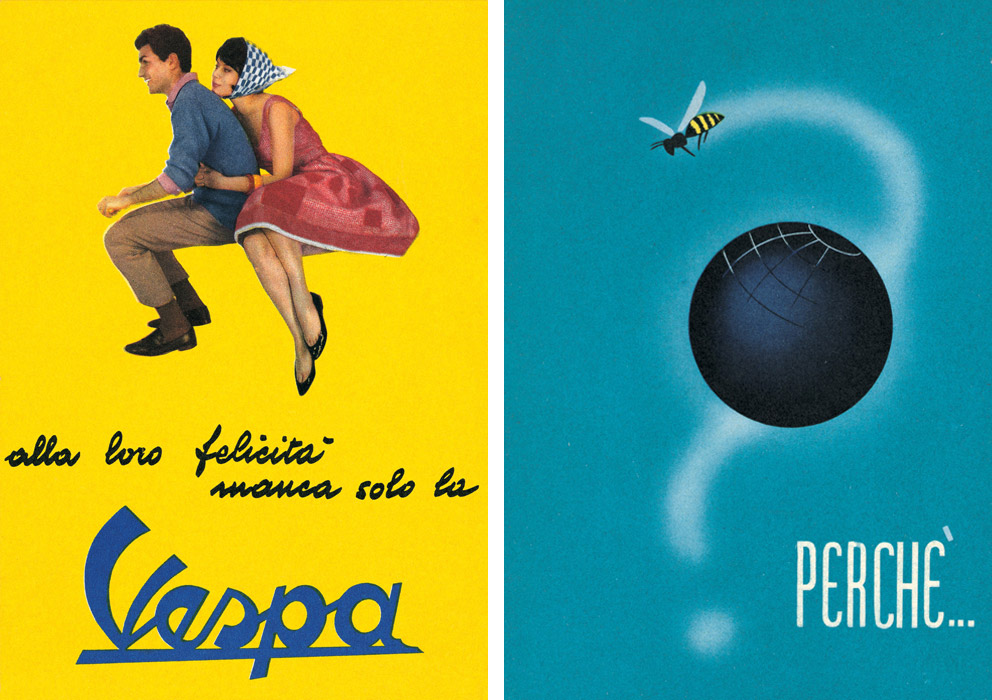 In the Vespa there is the irresistible Italian mix of sun, love, light and freedom. Poster 1961-62 & poster 1949 © Piaggio Museum