A man does a handstand in a rice field. His body is reflected in the muddy water. No plants grow in the field. Instead children's toys are stuck on small sticks in the mud. Little men, airplanes, tanks all made of colored plastic, the things that make a boy's heart beat faster. "Planting military in our rice fields" is the name of the installation in Indonesia's landscape and made by Bali-born I Gede Made Surya Darma, who now lives in Yogyakarta.

"Tanah Air" is the name the Indonesians give their country, the "country of water", and the name is not that far off the mark. Indonesia is the world's largest archipelago, with 17,500 islands and a total length of 5,000 kilometers. Alongside parts of the Indian and Pacific oceans, its territory includes countless oceanic basins, marginal seas, straits and narrows. Holiday makers from the West are more likely to know the names of the beaches such as Parangtritis, Krakal and Kukup. But in the interior, it is often water that shapes the countryside. One rice paddy fields after the next, with water running gaily in streams in-between, or along the channels of ingenious irrigation systems. Several thousands liters of running water are needed to grow a single kilogram of rice - and after China and India Indonesia is the world's third largest producer of this basic foodstuff. A correspondingly large volume of water is forever running down the sides of the volcanoes and mountains to the sea.

Places of meditation as defense system

What the farmers practice is something the urban planners and architects also go for. Traditionally, like the picturesque terraces of rice paddies in the countryside, in the cities and villages the flow of water is ever-present. The "Taman Sari" water palace in Yogyakarta dating from the 18th century was once a royal gardens with just short of 60 buildings dedicated in peaceful times to recreation and meditation but serving as a defense system and a place one could flee to in times of war. Built around a natural spring, the gardens originally included artificial lakes, canals, fountains, bathing pools, bridges, islands and jetties. Legend has it that there was even a secret tunnel leading to the Indian Ocean. Today, the poorly maintained buildings are part of the cultural heritage and are being restored.

Not only in the majestic parks, but likewise in rural settings, the cycle of water is very much in evidence, for example in the small village on the beach at Parangtritis. The water comes out of the spring, forms a stream, runs into a small channel and then around the entire bathing pool, flows through the pool, inundates three ponds in which fish are bred, and then flows into the sea.

Washbasin in your living room

Even in the newly built residences of the growing middle class in cities such as Jakarta, Yogyakarta or Surabaya water is, compared to Western standards, astonishingly present. Indonesian bathrooms are usually rooms that are completely tiled with a basin and a drain in the floor. The basin is not a bath tub into which you can climb but a reservoir from which you ladle water, be it to wash, to brush your teeth, or to flush the toilet. Just as remarkable is the fact that washbasins are traditionally to be found in living rooms. Alongside the sofa, book shelf and TV, you will occasionally still encounter a washbasin used by the inhabitant to wash their hands.

Water in Indonesia stands both for the feel-good factor of Balinese baths or ‘spas' and for the destructive power of the tsunamis. It refreshes a dry throat, is needed to prepare meals, and serves bodily hygiene, but if it is not boiled it can spread disease. Not to forget the sexual meaning of water. In the Javanese cosmology, the sultans of Yogyakarta and Surakarta were in mystical union with Nyai Roro Kidul, the legendary queen of the Indian Ocean. Which is why among girls and women the rumor still does the rounds that a dip in a public swimming pool could result in their becoming pregnant. At the same time, water serves for ritual cleansing of the dirt of everyday life before prayers.

New view of the elements

A few thousands kilometers away, in the colder climes and in the industrialized nations of the West, water is far less visible in the houses, built to comply with technical standards. The pipes are hidden beneath plaster, the inflow is carefully dosed - and waste water immediately disappears down a drain. The regulation of water by means of piping systems went hand in glove with industrialization; Siegfried Giedion recorded the details in "Mechanization Takes Command". And, if one regards the presentation by many manufacturers on the current ISH, the Frankfurt sanitation fair, that is certainly not all. In future, water cycles will be digital controlled in homes. If users no longer need to turn taps on and off, but leaves this to the computer, this means on the one hand both more comfort, and, on the other, our growing estrangement from the natural element.

As if to form an antipode to this, companies such as Dornbracht or Hans Grohe have for some years now been emphasizing the advantages of water in living spaces. Even if standalone bath tubs in the midst of spacious living quarters often fail to materialize owing to space constraints, such considerations nevertheless offer a new interpretation of essentially traditional structures that incorporate nature. In this regard, in his "Cultural History of Water" Hartmut Böhme calls for a "post-scientific position of the elements" in today's world. It will, he suggests, rest on a "practical philosophy of nature, in which the position of man in nature and his technical/scientific and aesthetic/lifeworldly approach is reflected and given a normative status." Until we progress that far, the object must be, even if the water remains hidden away in pipes, to make sure we keep the natural element in view - or occasionally travel to Indonesia. 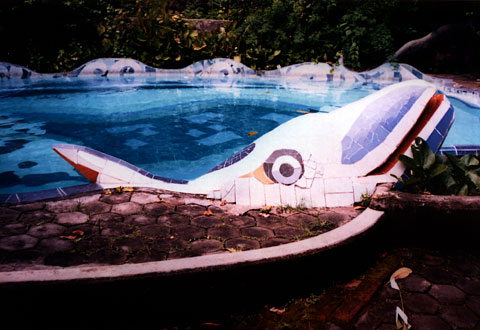 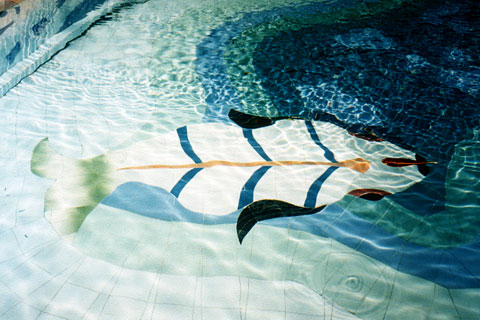 Fish in the swimming-pool by Affandi 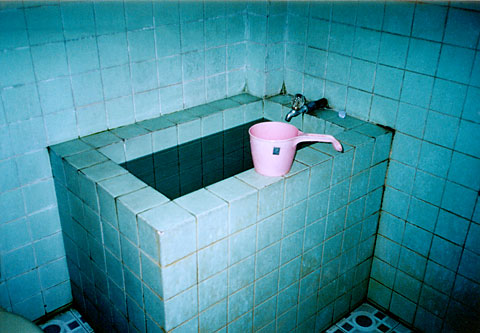 Bathroom with basin and scoop in a residential house in Yogyakarta 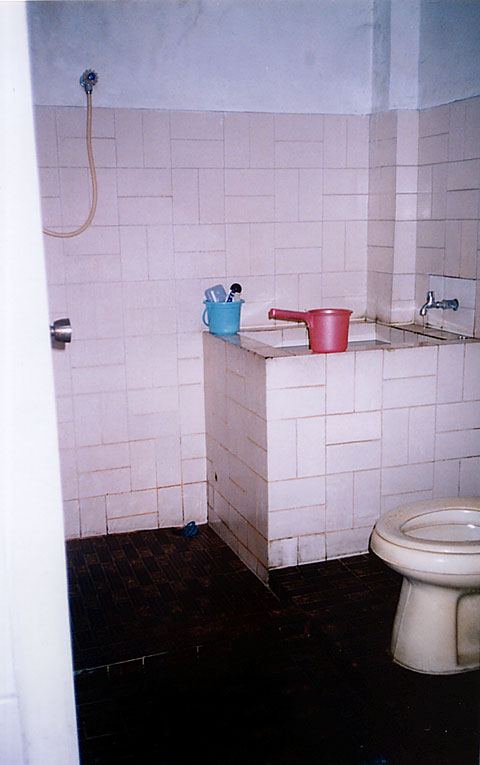 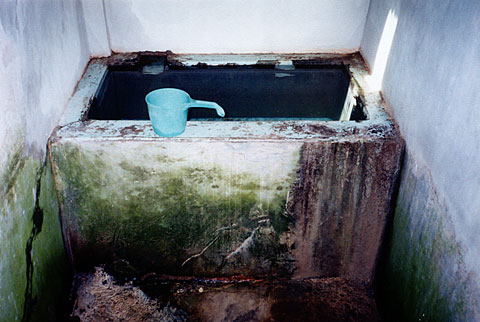 Bathroom at the beach of Parangtritis 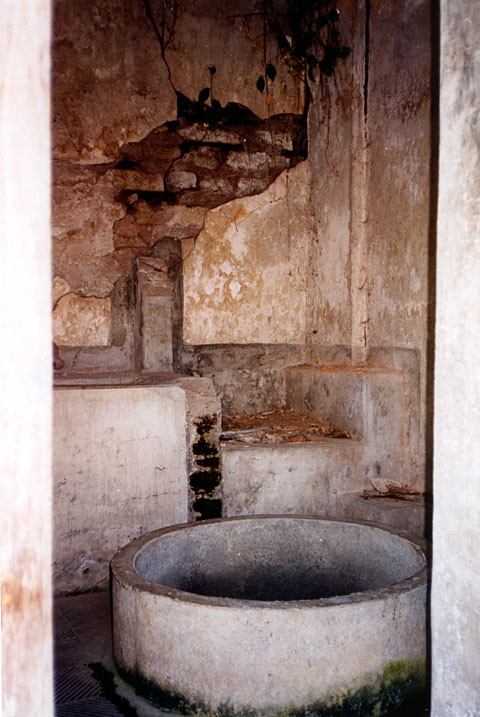 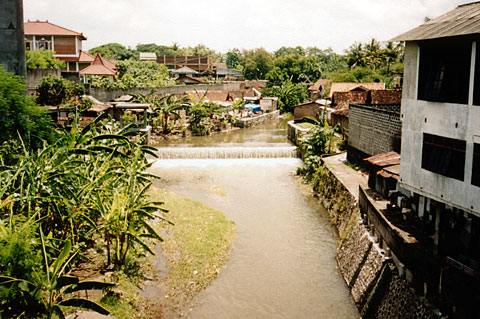 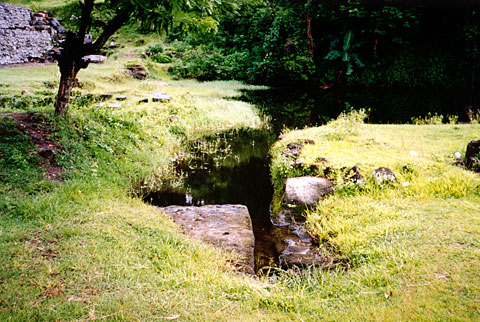 Well in the palace of King Boko 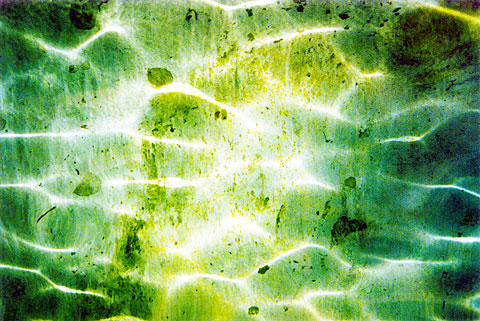 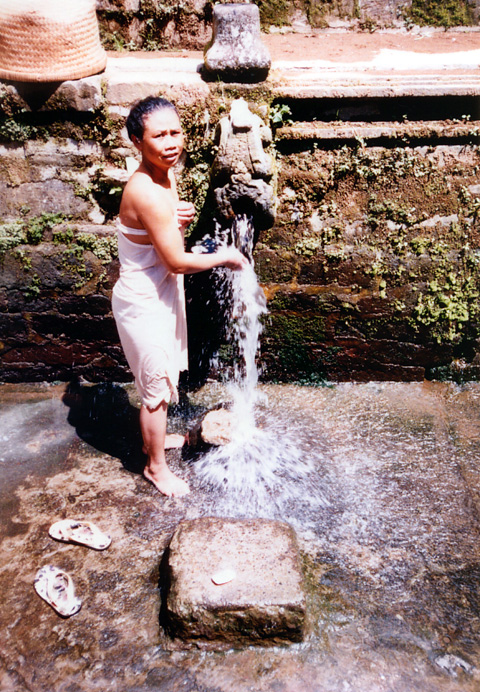 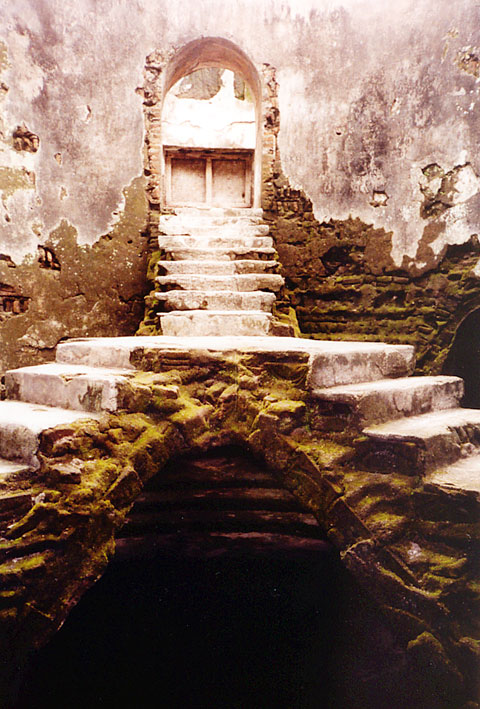 Stairs in the underground mosque at Taman Sari 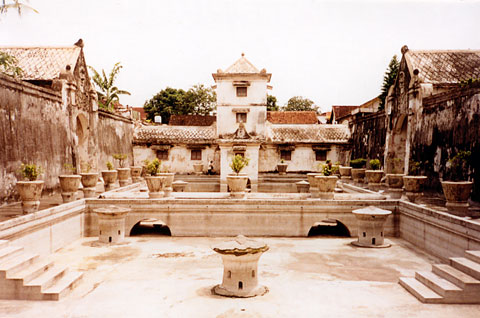 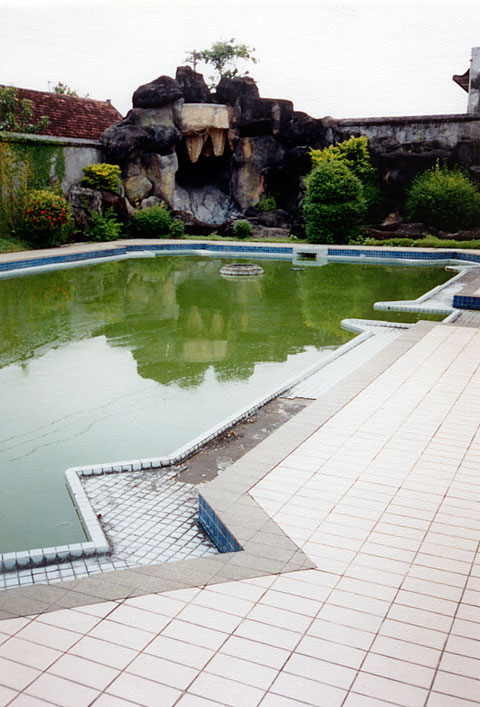 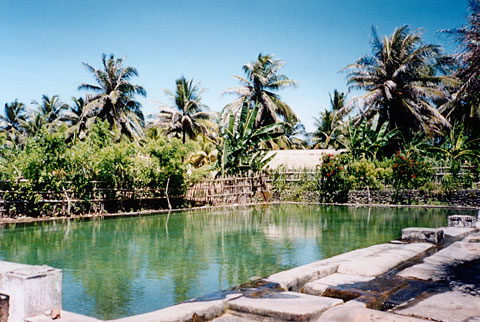 Swimming-pool at the beach of Parangtritis 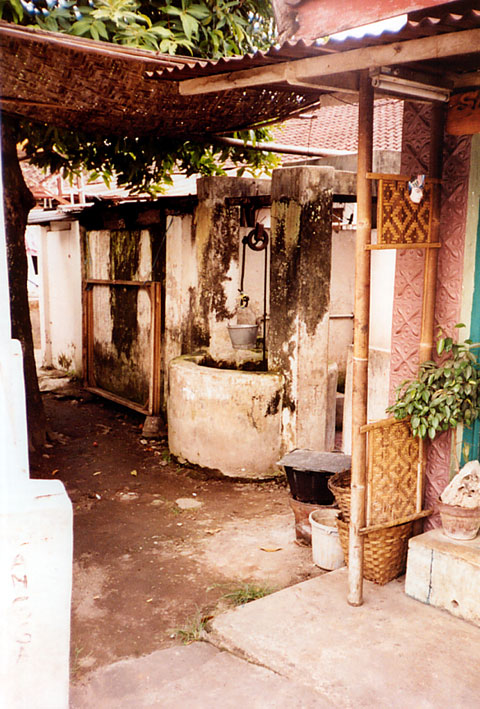 Well in the streets of Yogyakarta 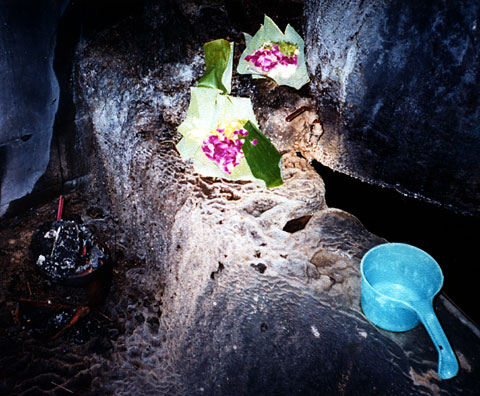 Offering in a cave on central Java, which is a traditional bathing-place 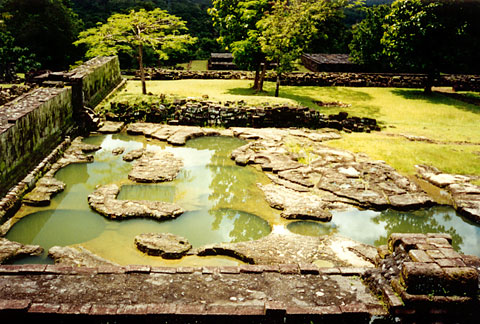 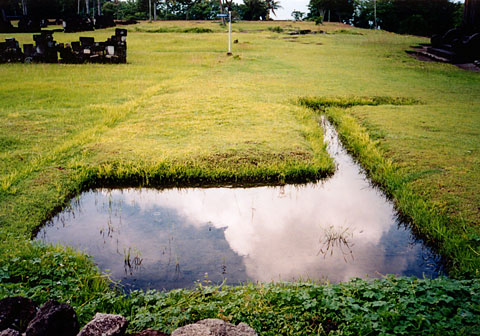 Former canalization in the palace of King Boko
Advertisement