At first sight, One by One brings to mind Ikea paper luminaires. Or the interiors of Japanese tea-houses. There is no denying the associations with Japan. But the Ikea analogy is perhaps less obvious. Unlike the familiar Swedish paper luminaires, One by One consists of layers of a polyester woven that, unlike conventional paper, is tear-proof, resistant to aging and flame retardant. The polyester textile has thanks to several refining processes a structure that shimmers through.

But that is by no means the only visible difference to the short-lived merchandise. Owing to the overlapping layers of the delicate lampshade the light is refracted differently. Overall, this produces a very soft light. Especially in fluorescent light sources, energy-saving bulbs the cold appearance of the bright light is problematic - One by One solves this problem.

Swiss designer Steve Lechot is actually a sculptor and painter. One by One is his first luminaire design and simultaneously his most recent sculpture. One by One is an experiment using simple, rudimentary elements: the square, the leaf, verticality and layering. It is not so much a luminaire but rather a light-emitting object un objet lumineux, which so wonderfully presents the wondrous light.

The suspended version of One by One is the only suspended luminaire that saves energy, is flicker-free and also dimmable - yet gives off a warm light.

The luminaire Disk follows the same ecological approach. With its energy-saving lamp, it meets the high standards of the Swiss certificate "Minergie", which is to be included in an expanded EU standard. The Light+Building competition for energy-saving luminaires awarded the innovative disk the title "Light of the Future 2008" - over eighteen other competing entries. No wonder. Apart from its energy efficiency and sleek shape it also boasts excellent anti-glare properties. Thirty percent of the light is emitted directly making it the ideal choice as a working luminaire. The greater portion of the light shines indirectly at the ceiling creating a pleasant mood.
Designed by Daniel Kübler, a pupil of Hannes Wettstein, Disk combines a broad dispersal of light with energy-saving bulbs and the abandonment of the customary linear design in favor of a round shape. 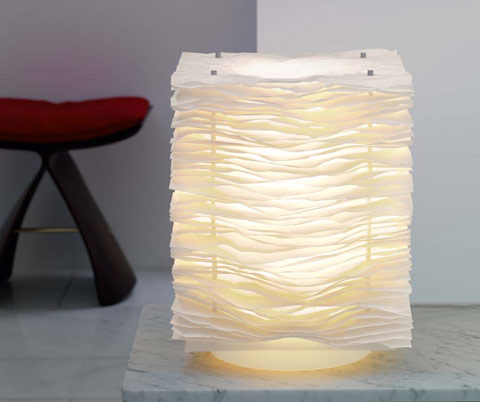 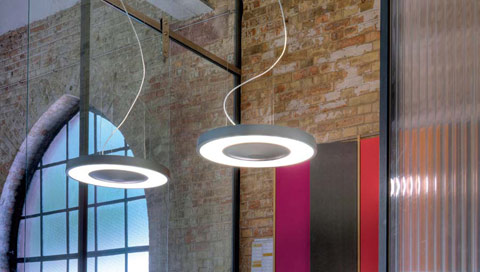 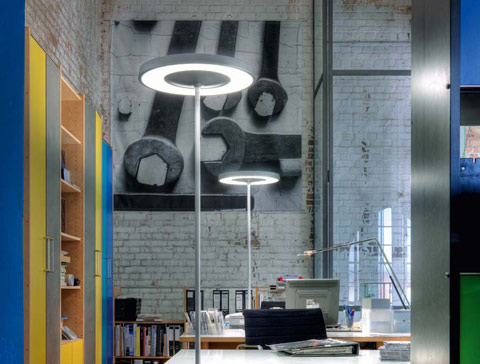 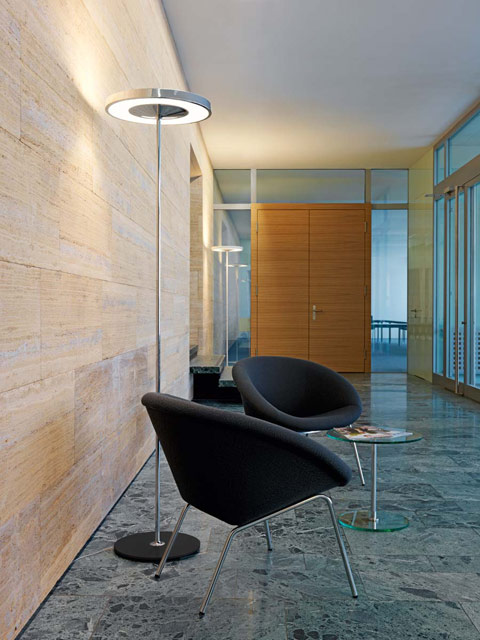 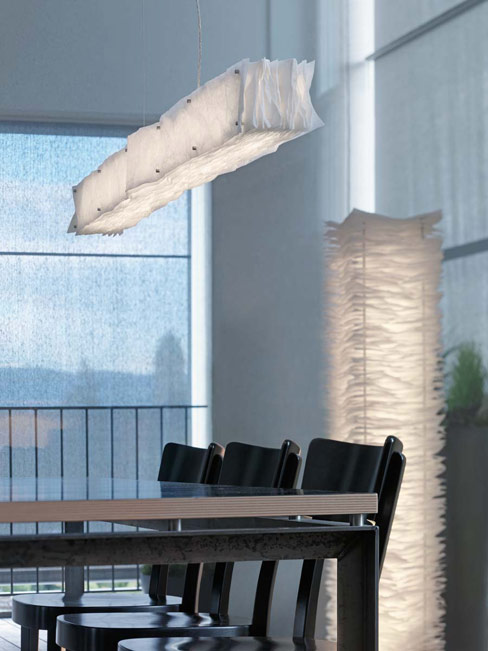 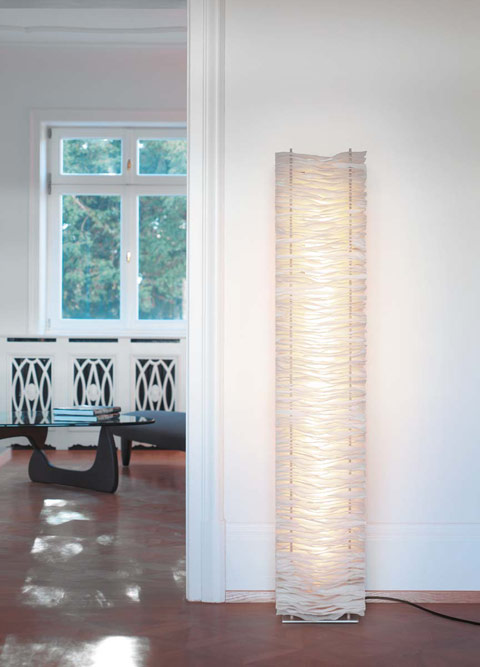 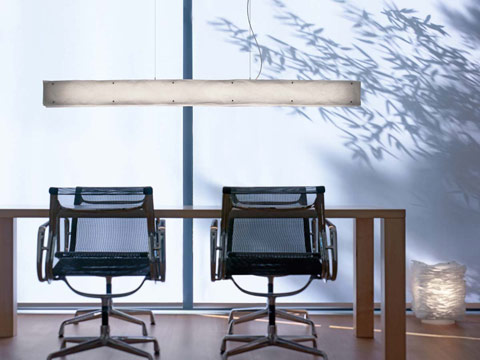 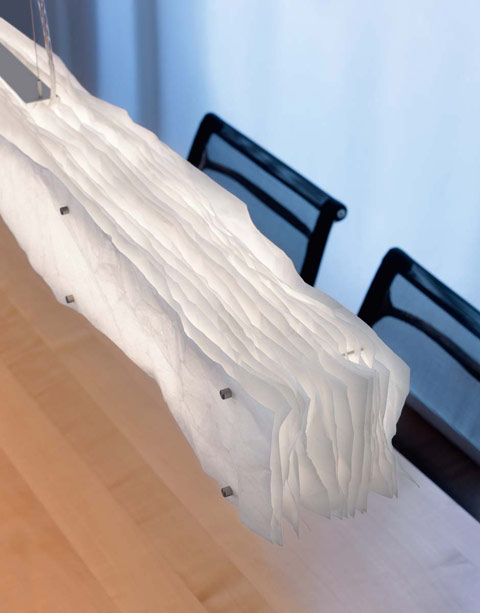 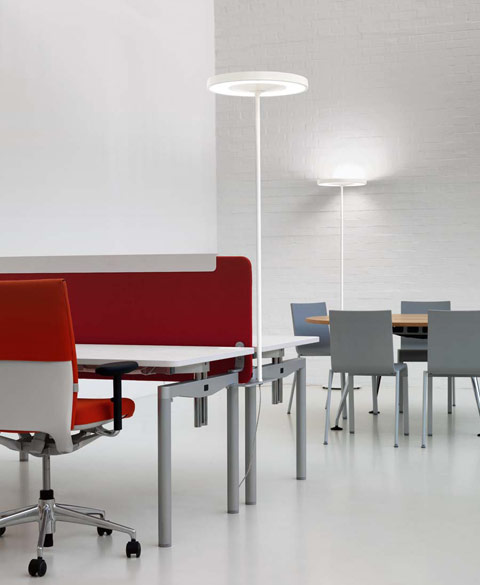