The gates to the “Kö-Bogen” retail and office building in the heart of Düsseldorf were opened to customers and businesspeople in October 2013. Masterminded by star architect Daniel Libeskind, the complex between Königsallee, Hofgartenstrasse and Shadowplatz in downtown almost has a surrealistic look-and-feel to it. Lindner Fassaden GmbH in cooperation with façade planners InFaCon GmbH was responsible for the customized project planning and realization.

Libeskind’s new complex encompasses two buildings with a total of 36,000 square meters and linked by a suspended bridge. The façade is like a labyrinth. It consists of altogether 2,800 horizontal, vertical and curving elements – a complex special structure of glass panels and Roman travertine. So-called “cuts”, large incisions in the façade, have been landscaped and break up the structure so that the 26-meter-high building blends into the urban environment.

Lindner Fassaden GmbH oversaw the building project on site and helped ensure its smooth running; indeed the façade elements, sun protection slats and the stone ceiling for the bridge stem from the company’s production halls. The service provider also coordinated assembly on site. Construction work was delayed several times owing to flooding in June 2013, but nonetheless the Kö-Bogen was still able to be completed on time in October of that year. 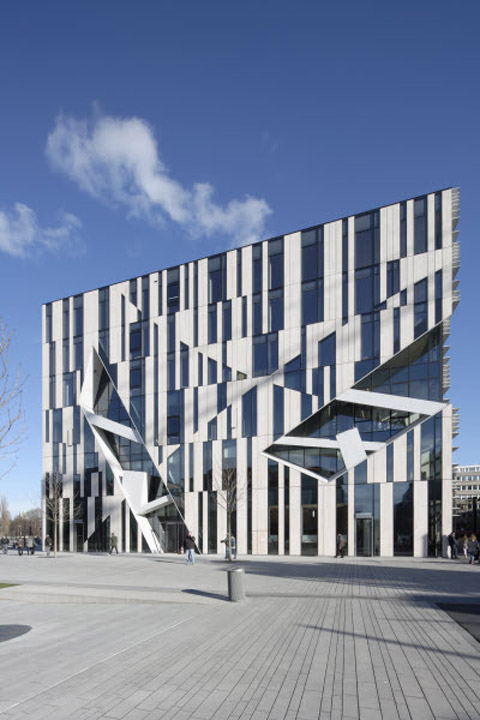 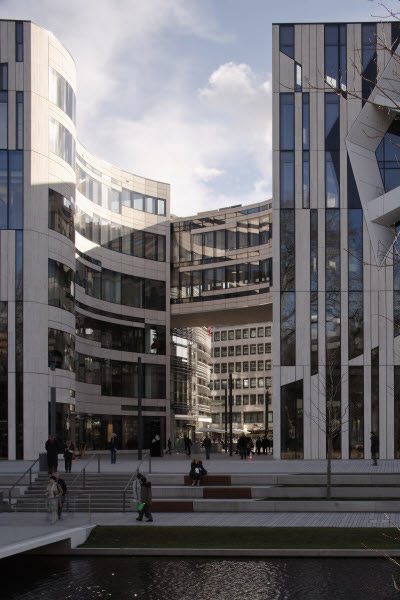 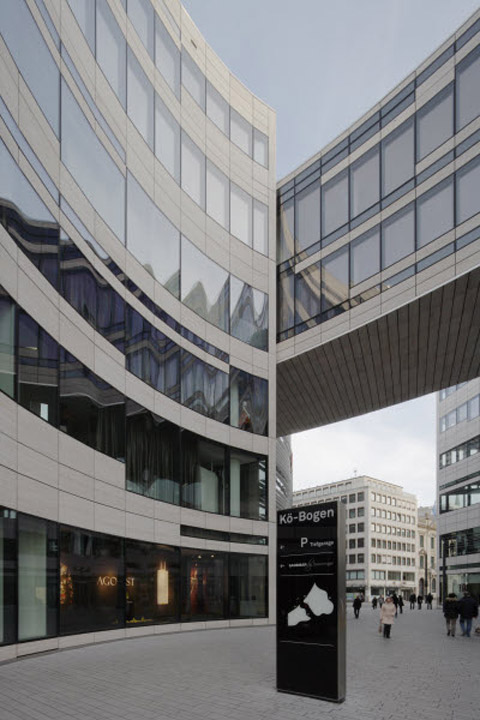 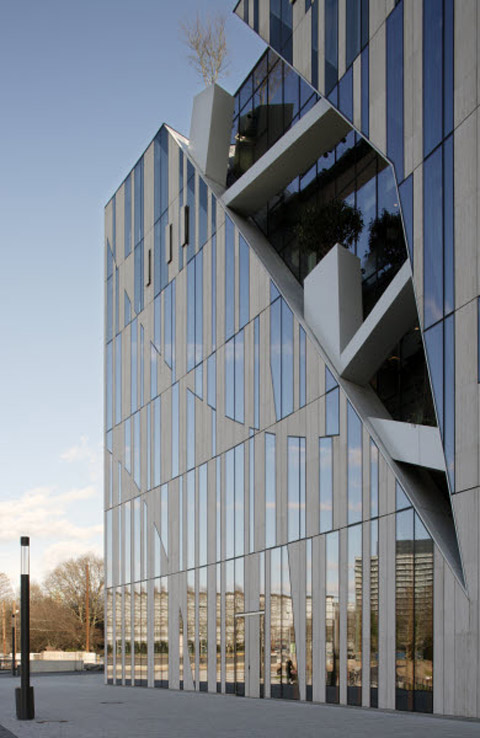 Large “cuts”: The incisions in the façade were landscaped according to a design by landscape architect Sebastian Fürst. Photo © Lindner Group, Robert Mehl 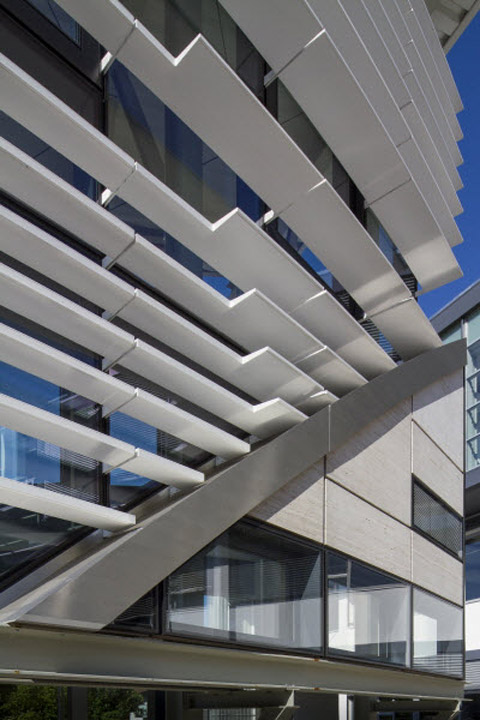 The slats serve as sun protection – and blend in well with the façade structure. Photo © Lindner Group, Robert Mehl 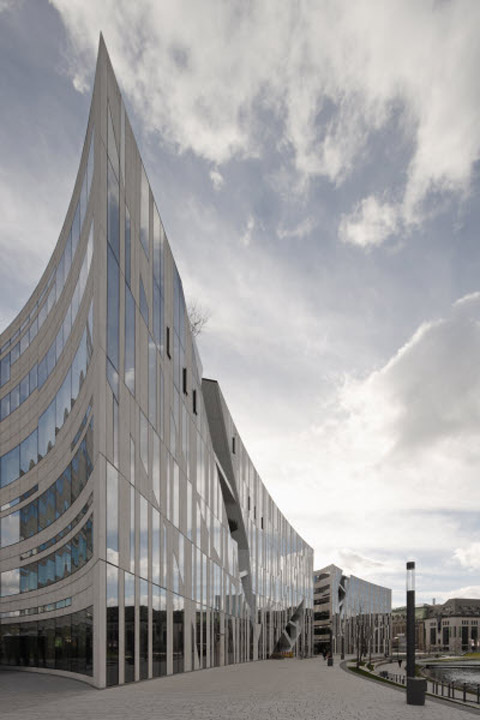 The modular layout inside the building can only be guessed at behind the façade structure of the Kö-Bogen. Photo © Lindner Group, Robert Mehl 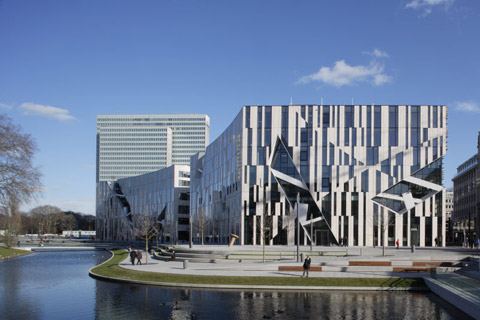 The Kö-Bogen is situated directly on the bank of the Landskrone Lake, so that its façade is reflected in it. Photo © Lindner Group, Robert Mehl 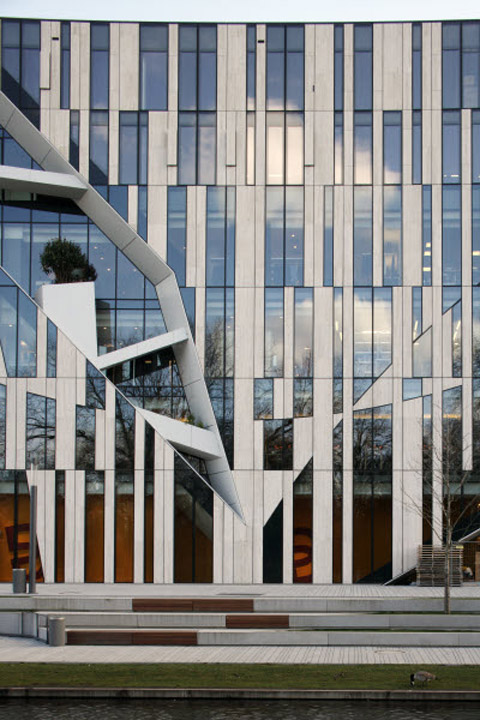 In 2014 the construction received the MIPIM Award as the world’s best building in the category urban regeneration. Photo © Lindner Group, Robert Mehl 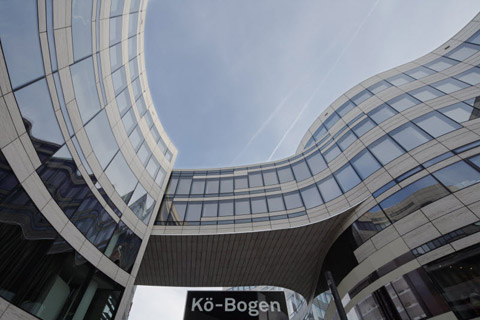 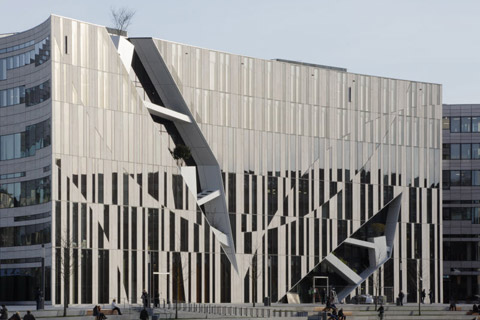 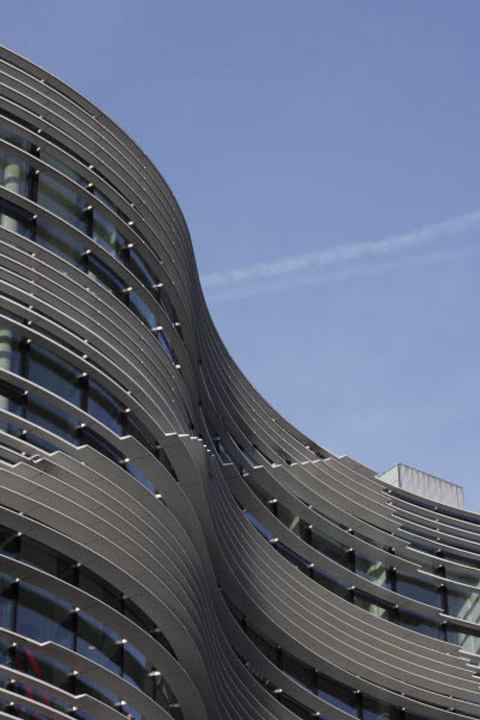 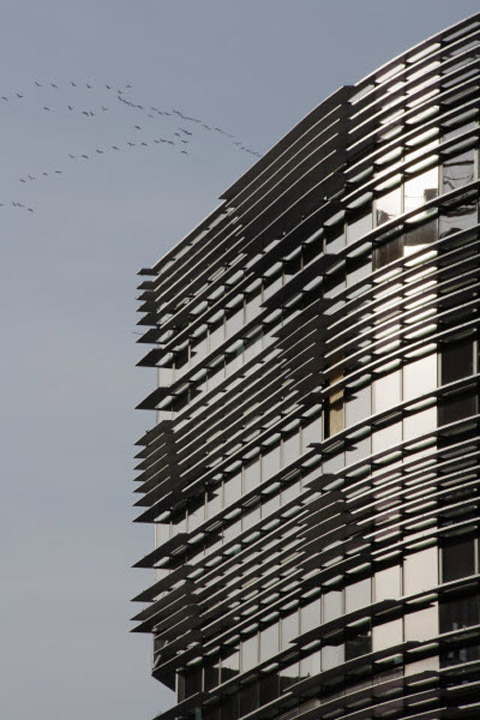 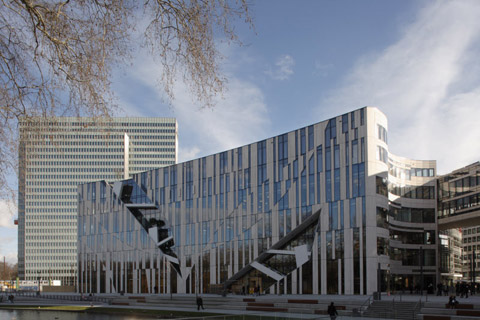