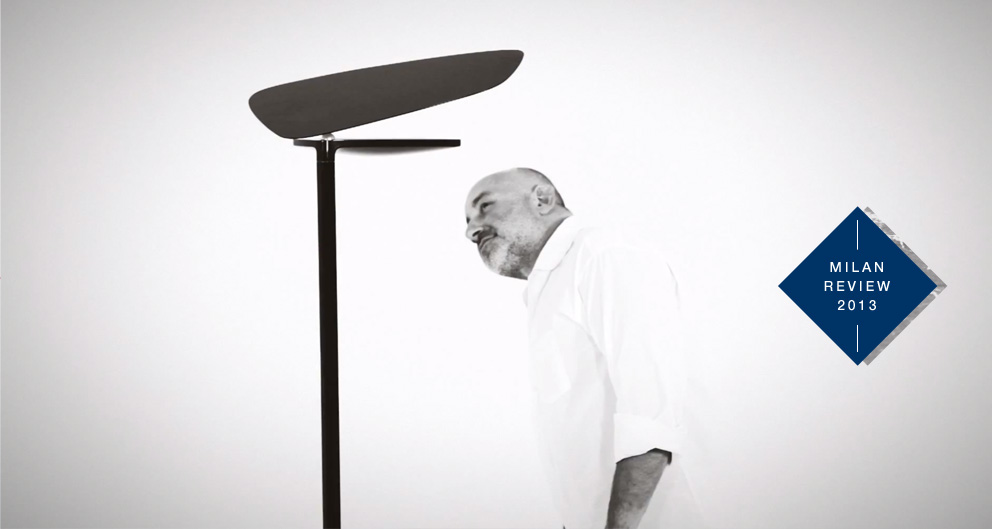 Uta Abendroth: Here we are next to your new luminaire “Lightwing” for Foscarini. What is so special about it?

But there must be something new about it; it is after all being presented as a novelty at Euroluce.

Massaud: Yes, you’re right on that one… Here it is all about creating indirect light, which is playing an increasingly important role in lighting design. Ordinarily, such luminaires simply radiate their light up on to the ceiling from below, while the light’s intensity is regulated using a dimmer switch. The special feature of the “Lightwing” design is the wing, which reflects the light and enables the user to vary and regulate it. As such, you can sit in your armchair and read the paper or if you want full light you can simply turn the wing, which serves as a large reflector. It is an extremely simple piece, a stand with a wing.

What is “Lightwing” made of?

Massaud: It is made of aluminum but it has only been made as a prototype so far. It remains to be seen whether this will work for the final product too. Then there is the magnetic sphere, which has been installed in the head and allows the user to position the reflector in so many different ways.

What was the most challenging aspect about designing this luminaire?

Massaud: As I said, it’s a simple idea that didn’t throw up any particular challenges. But there is one thing: Designing a light is above all synonymous with designing the quality of the light it generates. I often find the light provided by pendant lamps or conventional floor lamps too flat. I like it when the right light quality lends the space a three-dimensional feel.

So to summarize, “Lightwing” is…?

Your presence can be felt here at the trade fair in the form of armchairs, chairs, beds and sofas, e.g. at Poliform, MDF Italia, Dedon and Poltrona Frau. Is furniture your favorite thing to design?

Massaud: No, furniture design probably makes up around 30 percent of the work we do in my studio; the rest is taken up by other projects. I don’t like designing the same things all the time. Ideally I’m able to switch up the subject or objects I’m working on every single day. At the end of April, for example, we will be presenting a concept car for Toyota. I am able to drum up a great deal of enthusiasm for such projects because they center on something that is completely new to me.

Architect, interior, furniture and lighting designer – where do you get all of your ideas from?

Massaud: I look around me, I reflect upon that which I see and speak to the people I encounter. My eyes and brain soak up inspiration from these “life scenarios” – and then I can start working. Sitting at my desk with a blank piece of paper in front of me, I can’t work like that.

Do you look at the market and think, there’s a potential niche?

Massaud: Well, it’s not really about what we’re missing. Take sofas for example: We already have everything we need, gravitational acceleration is still 9.81 m/s2 and you’re not exactly going to replace the upholstery with, let’s say, an energy field or something else like soft foam. But sometimes, there is something missing or there’s room for improvement because the item isn’t quite perfect yet.

But we’re not talking about product aesthetics here, are we?

Massaud: No, not at all. It’s like this: Everyone’s talking about the crisis, but if we’re talking about values here, we already went through a crisis around a decade ago. It is always about growth and growth alone – and of course that is important too. But we mustn’t always look at this in the sense of quantity; we have to take ecological concerns into account too and not just strive for growth at any price. For me, it’s important to replace quantity with quality. And when I talk about quality, not only am I referring to the quality of production, but to the quality of the design, too. In some respects we need alternatives, something simpler, less time-consuming and more modern to boot. Cars provide a good example here. You can have as many gadgets as you like, but it is essentially about facing the challenges of our time and finding a way to bring together all the aspects in harmony.

You began your career 13 years ago at Cappellini and today your work can be found in the portfolios of many top Italian companies. Do you have many clients in your home country?

Massaud: I have never strived to find partners there. On the one hand it’s a shame, but on the other not really. It would be nice not to have to travel so much, after all, life is too short to spend it in an airplane or with jetlag. But it took a long time to find those people whom I could work well with, and they are at US, Japanese, Korean, Italian and German companies, for instance. And that reminds me that I just started a project with Air France, so I do have a French client after all. In any case, I like living in France, but I didn’t want to live in Paris any more. It is far too hectic there and I don’t want to spend my family time somewhere like that. We live in the south now, close to Nice. It’s all about the people, that is, our happiness, so the commute is something I just have to accept… 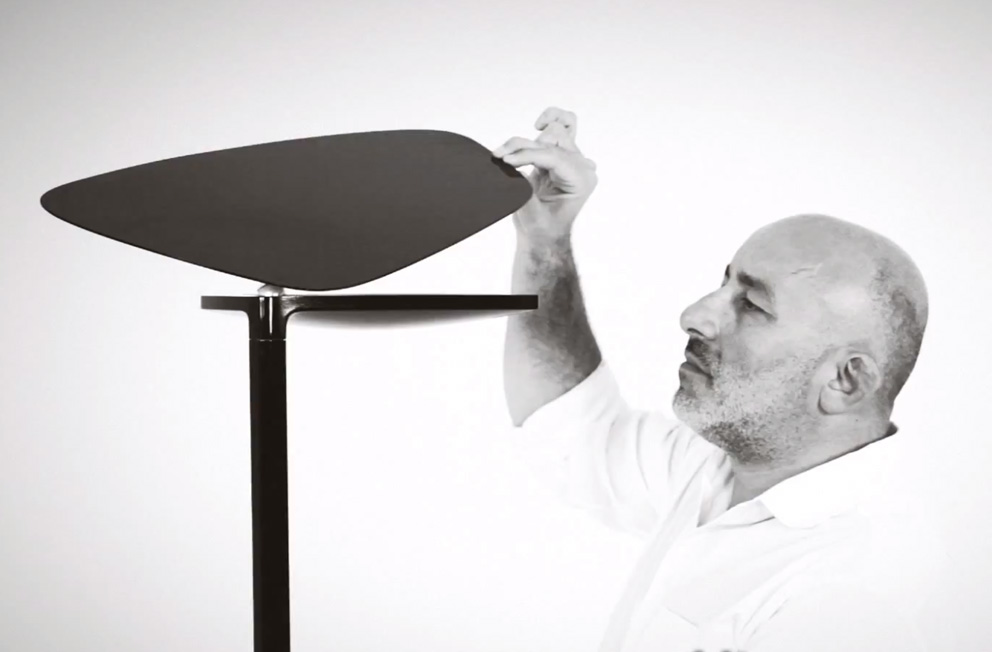 "The special feature of the “Lightwing” design is the wing, which reflects the light and enables the user to vary and regulate it." 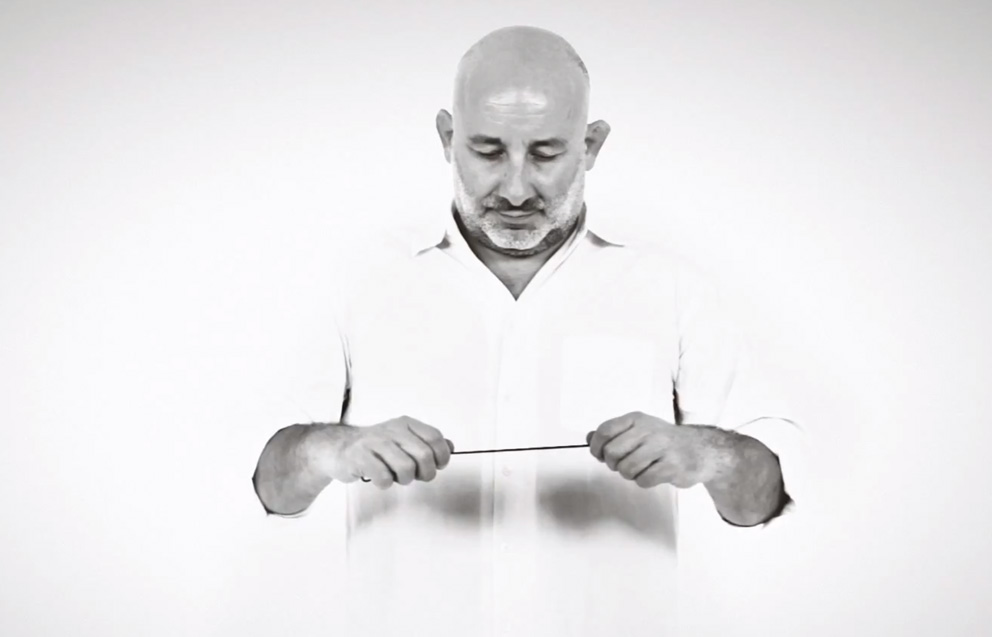 "You can sit in your armchair and read the paper or if you want full light you can simply turn the wing, which serves as a large reflector."

"Designing a light is above all synonymous with designing the quality of the light it generates." 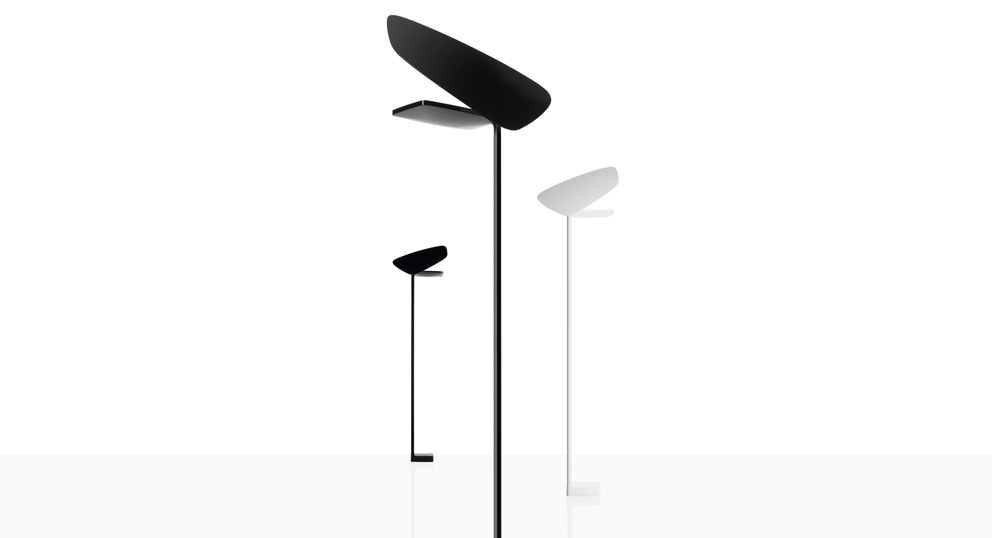 "It is an extremely simple piece, a stand with a wing." 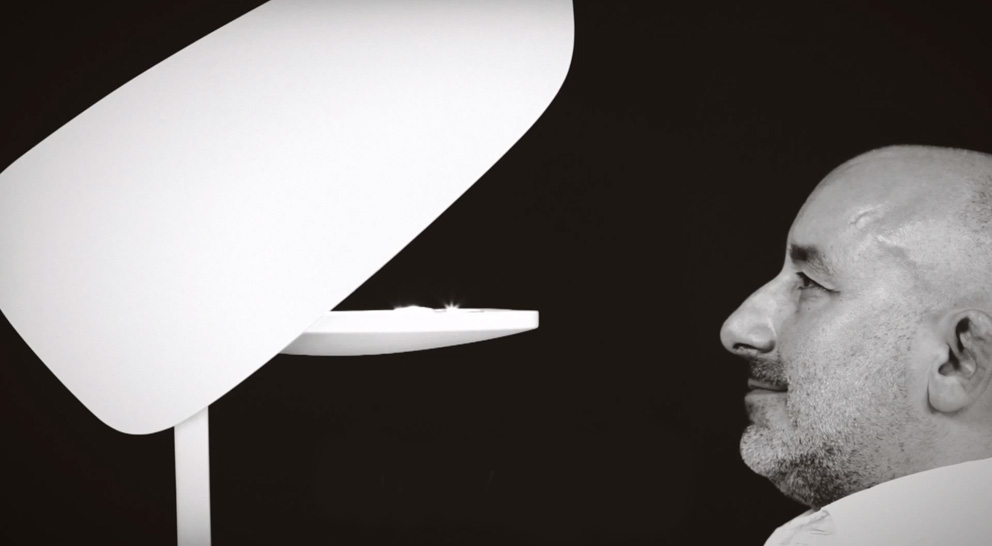 For the designer "Lightwing" is a very simple product that is inexpensive and offers very high-quality LED light. 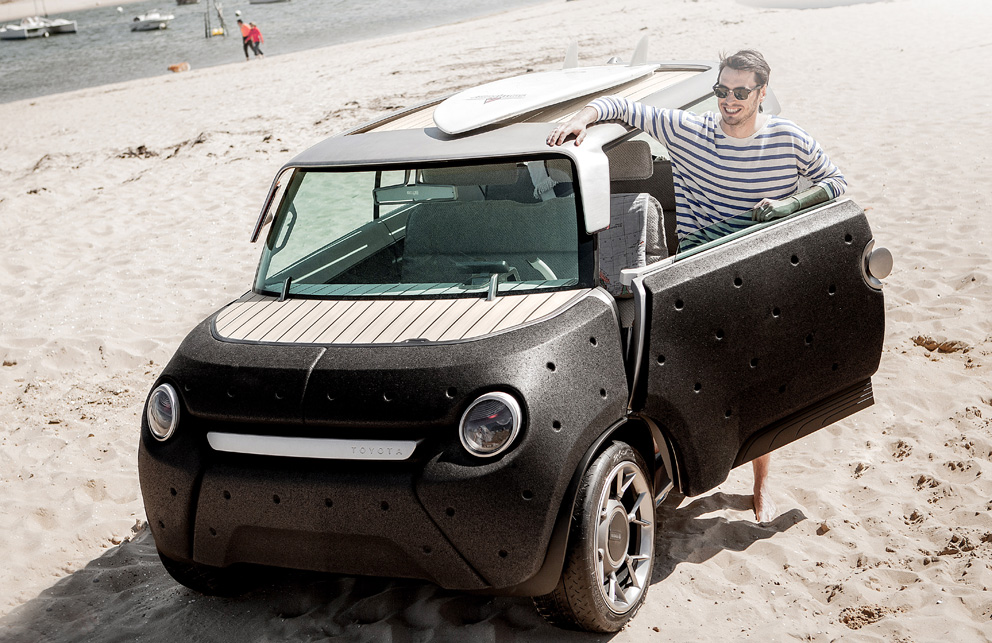 Jean-Marie Massaud designed a concept car for Toyota, which is made of aluminum, foamed polypropylene and bamboo.
Advertisement