The Italian company Flos is definitely no stranger to success. Flos, a global leader in the field of decorative lighting, has mounted the winner's rostrum at design award ceremonies on many occasions. Many of their lights are an essential element of permanent exhibitions at museums like New York's Museum of Modern Art and the Museo del Design in Prato. The company's unerring intuition for productive partnerships is not only apparent in their choice of designers, Achille Castiglioni, Antonio Citterio, Jasper Morrison, Philippe Starck, Patricia Urquiola and Konstantin Grcic among them, but also in the new company acquisitions they make. For example, Spanish company Antares Illuminación S.A., with their technical lighting and innovative interior and exterior lighting for commercial use, became a Flos subsidiary in 2005, and meanwhile merged into "Flos Architectural". This has already brought home a red dot Award and a silver Design Award of the Federal Republic of Germany for their Pure lighting system.

The latest product from the Spanish specialists is the new KAP range, which is making its debut at Light & Building in Frankfurt. The inspiration for KAP came from studying the theme of colour, which loses itself in the incredible, as shown in many of the sculptures created by Indian sculptor Anish Kapoor. One of his creations, Pillar, a black, open-sided tube, which is mirrored in the blue inside, is a possible source of inspiration referenced by KAP.

With its white, gold, blue and black internal reflectors, the built-in spotlights made of shiny aluminium, create a variety of light effects. Deep-set light sources and the use of thick, light-scattering glass direct the light in a muted, accurately controlled way. Thanks to its trim-free assembly structure, the light fits seamlessly into the ceiling. The spots are available in a choice of two sizes, with either a metal vapour or low voltage lamp, which has several advantages. Metal vapour lamps are perfect for coloured light and are currently the lamps of choice for professional lighting. Low costs and low-fault technology make the low voltage technique an attractive option. The range will soon be extended to include wall and surface models, in line with the spirit of a built-in range, allowing KAP to be used building-wide. 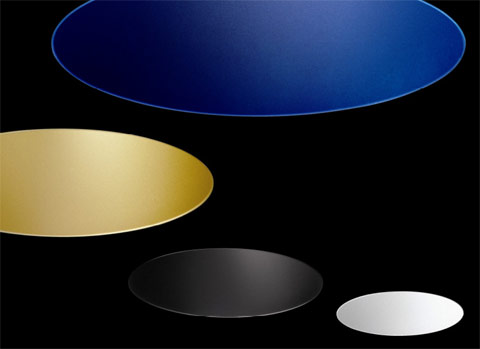 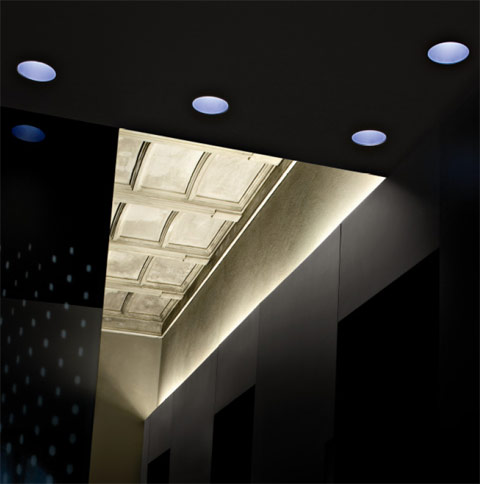 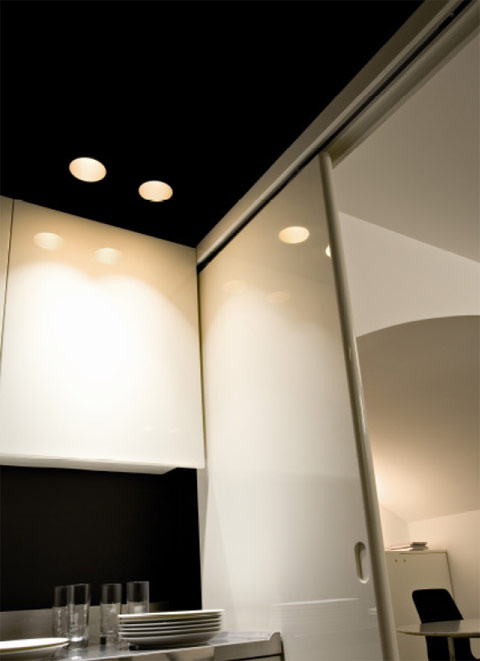 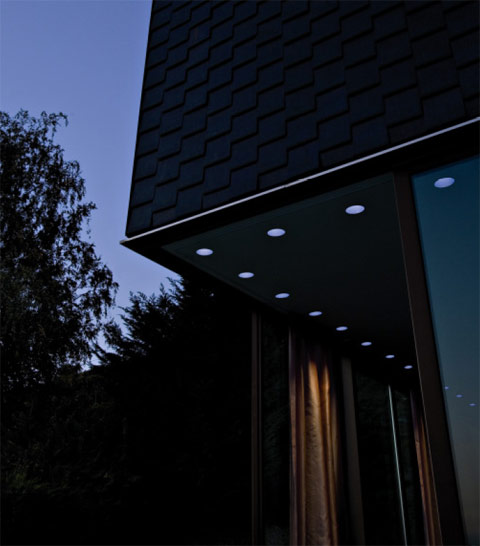 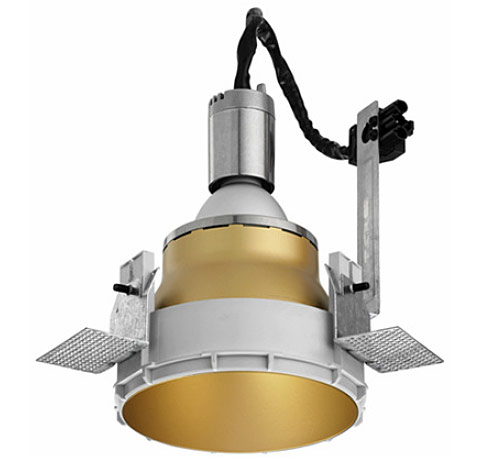