top
Light up the cardboard
by Kerstin Baumgartner | May 26, 2013

„We stopped coming to the ICFF during the last two years. But this year we feel a new energy, more interest and positivism”, confirms Laura Adamo from Ridgely Studio Works, Toronto. After some slow years the companies and participants at the 25th ICFF seems a little bit more satisfied. The whole show hosts over 570 exhibitors from 30 different countries. As every year, about 30 percent present their products for the first time, half of the exhibitors are US-based, and the rest came from all over the world.

The mixture and variety of stands at the biggest furniture fair in the United States reaches from some big names as Axor orTom Dixon to smaller one-man-show stands, making the show somehow more appealing and colorful than others around the country. You wonder from a little showcase like Bend, whose founder Gaurav Nanda himself welcomes you, to the nearby Vitra booth. In general there are only a handful of extravagant, expensive installations. Companies and owners keep it small and simple. Many big names are missing: no Moroso, Boffi or Kartell would go through the trouble of renting a booth. They tried rather to present at other platforms around the ICFF, like at Designboom or some blocks down on 11th Avenue at WantedDesign, where young designers get the chance to show their prototypes.

The four days are filled with positivism and festivities. Soho-showrooms on Greene Street opened their doors to Cocktail-receptions, architecture offices like Snohetta invites to parties and NY-evenings adopts Italian aperitivo-flair. All in all, the ICFF brings the title of Design Week to New York, in small portions, spread over the city and not always easy to notice, but it brings it back. 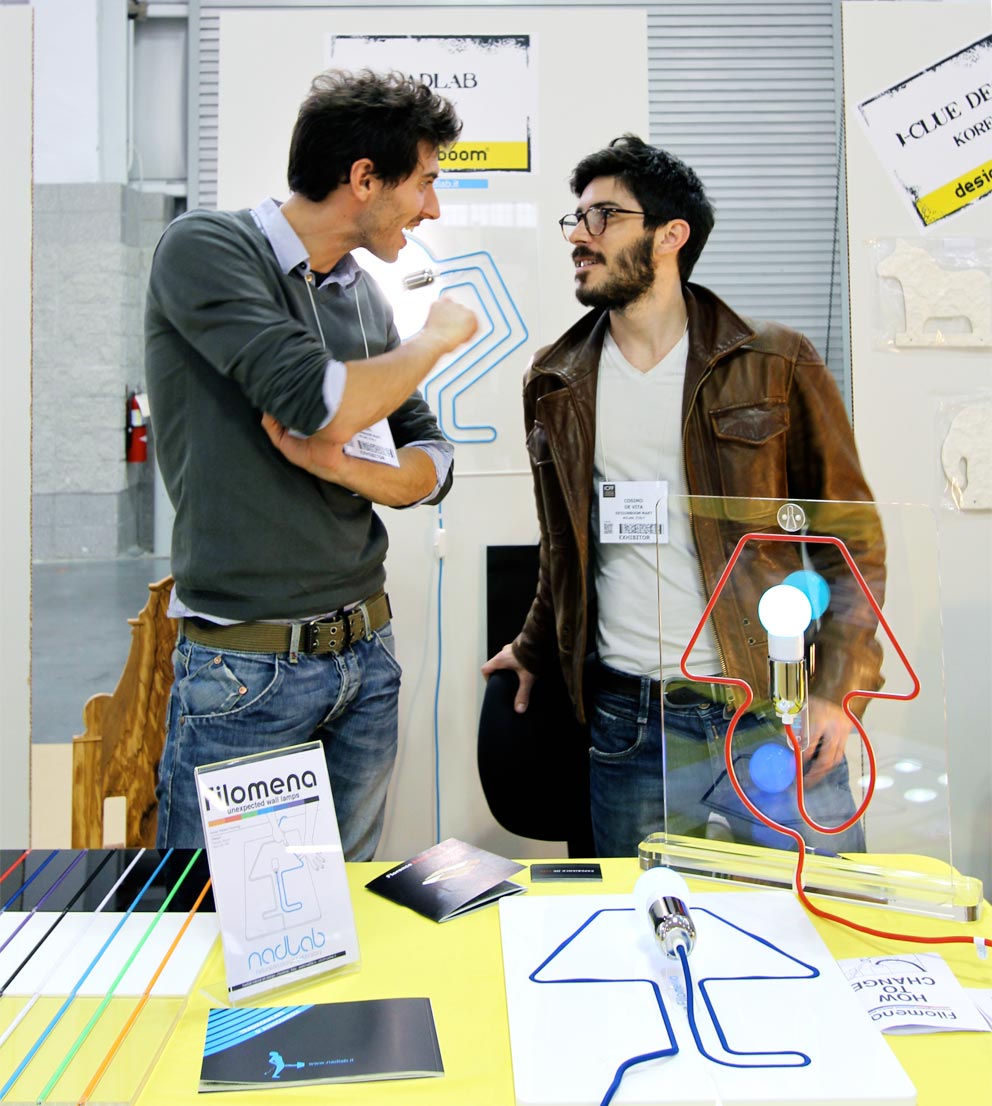 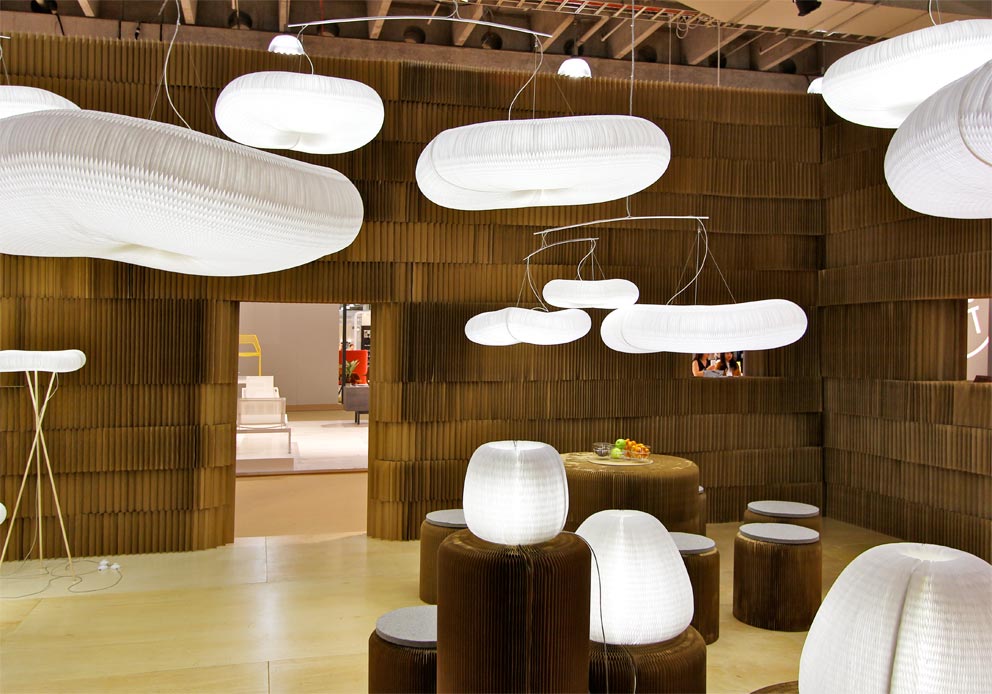 Finding some of their ideas from the past years on some other stands, Molo is still growing with softwall + softblock modular systems and the addition of beautiful lights. Photo © Kerstin Baumgartner 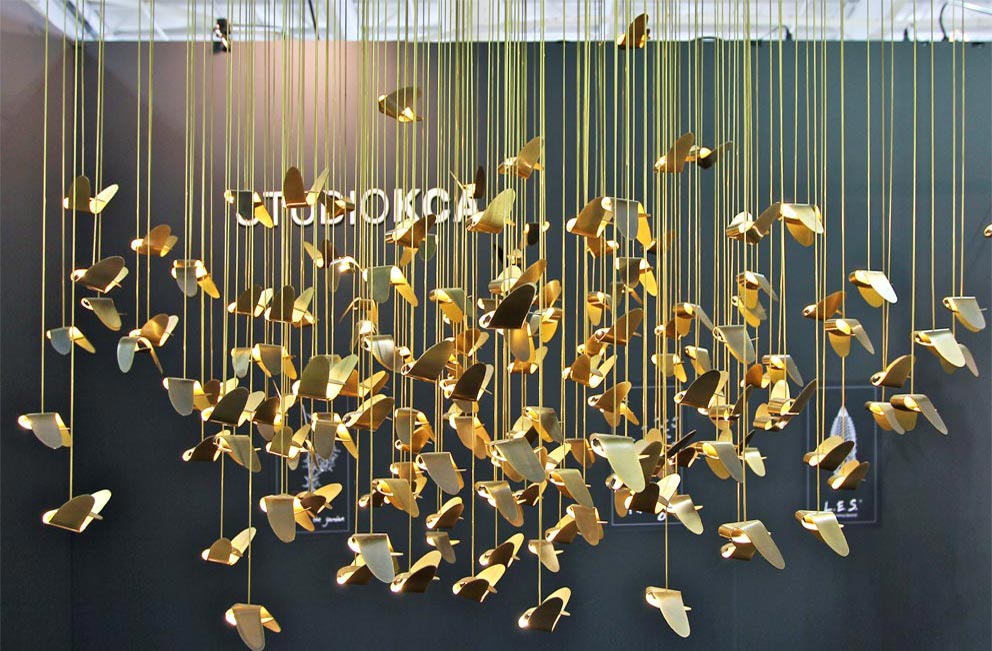 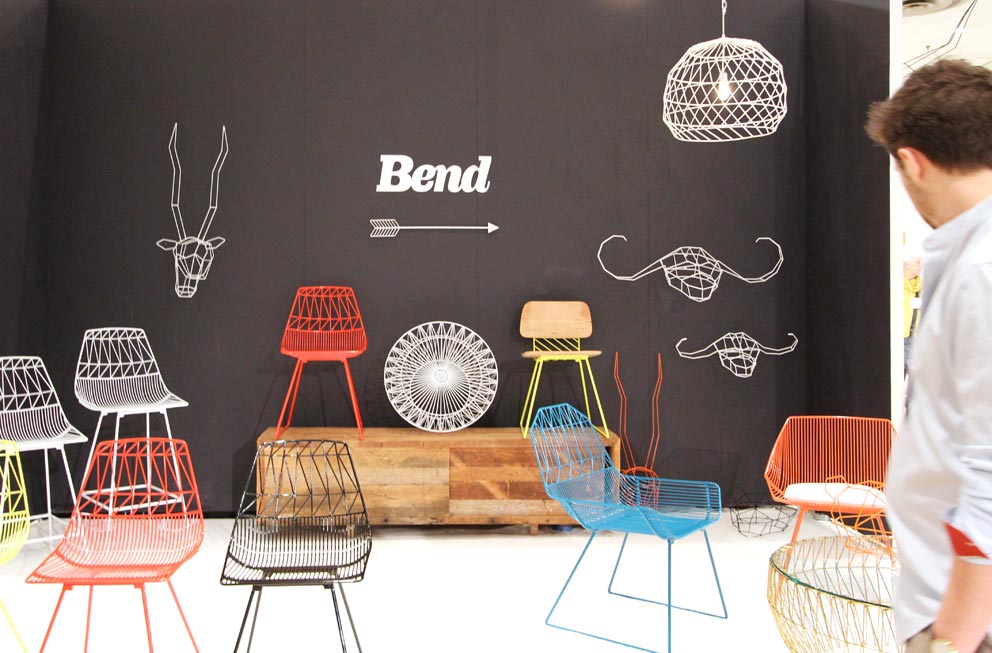 Clean and playful furniture for indoor and outdoor by Bend, a Los Angeles based design and manufacturing company. Photo © Kerstin Baumgartner 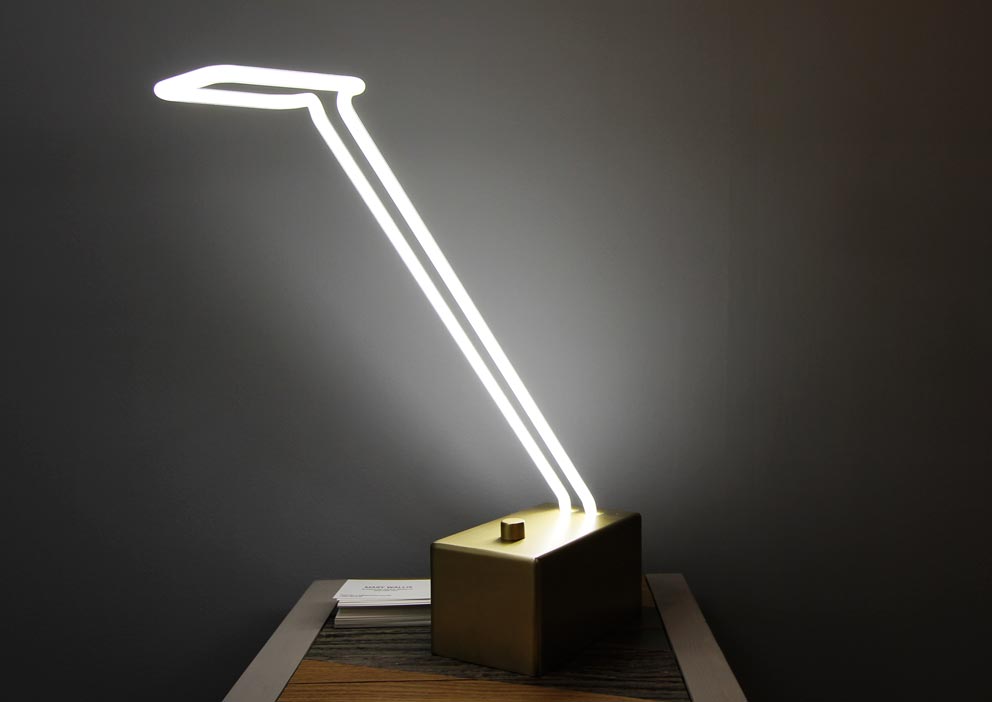 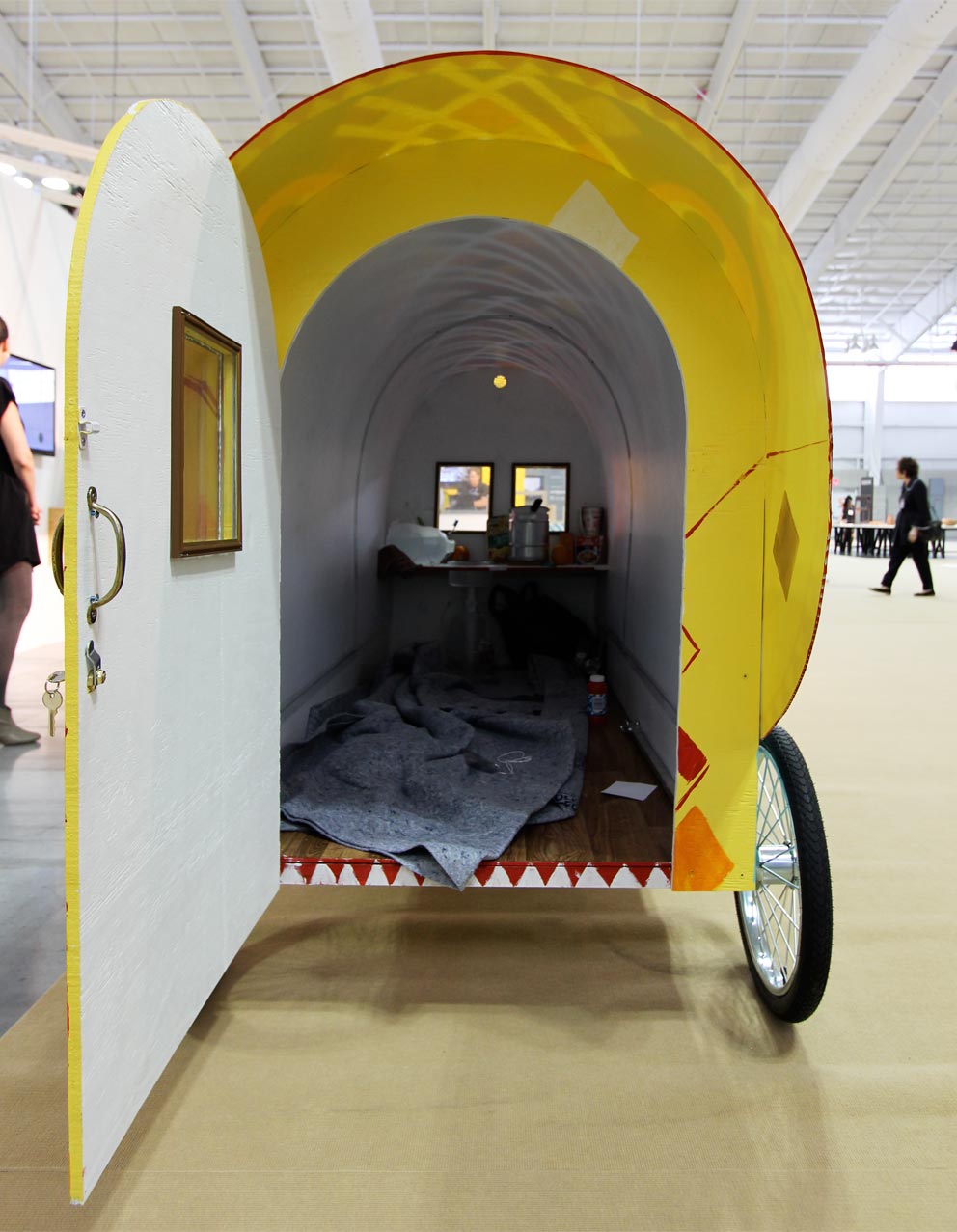 „Bootstrap” by PNCA, a prototype for tiny, mobile and affordable homes for homeless. Photo © Kerstin Baumgartner 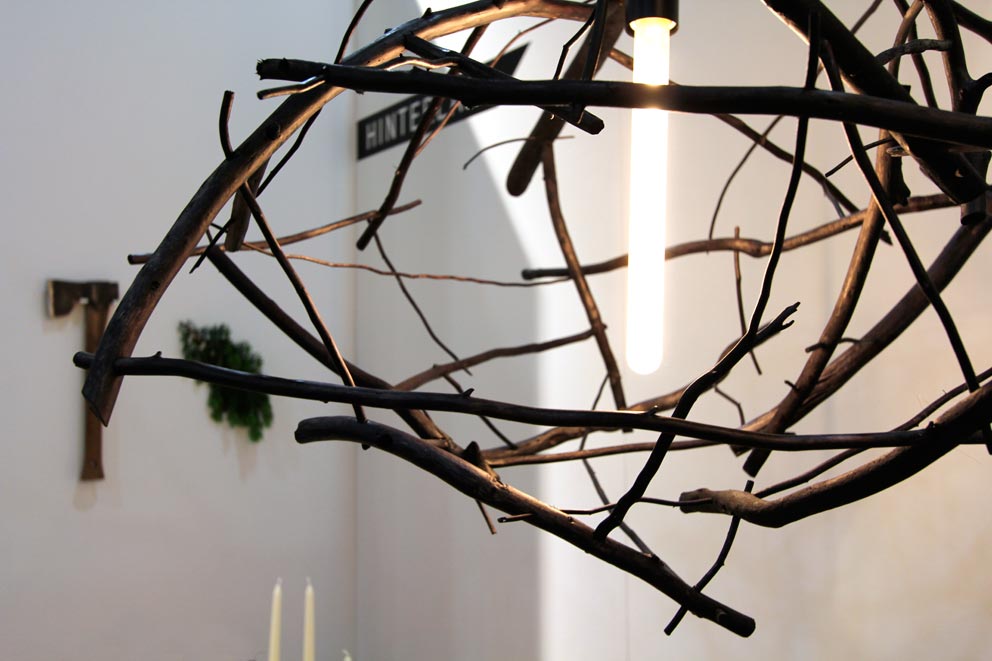 Lamp by Hinterland Design from Seattle, who likes to stroll around the woods and beaches to collect, recycle and then re-elaborate what is already given from nature. Photo © Kerstin Baumgartner 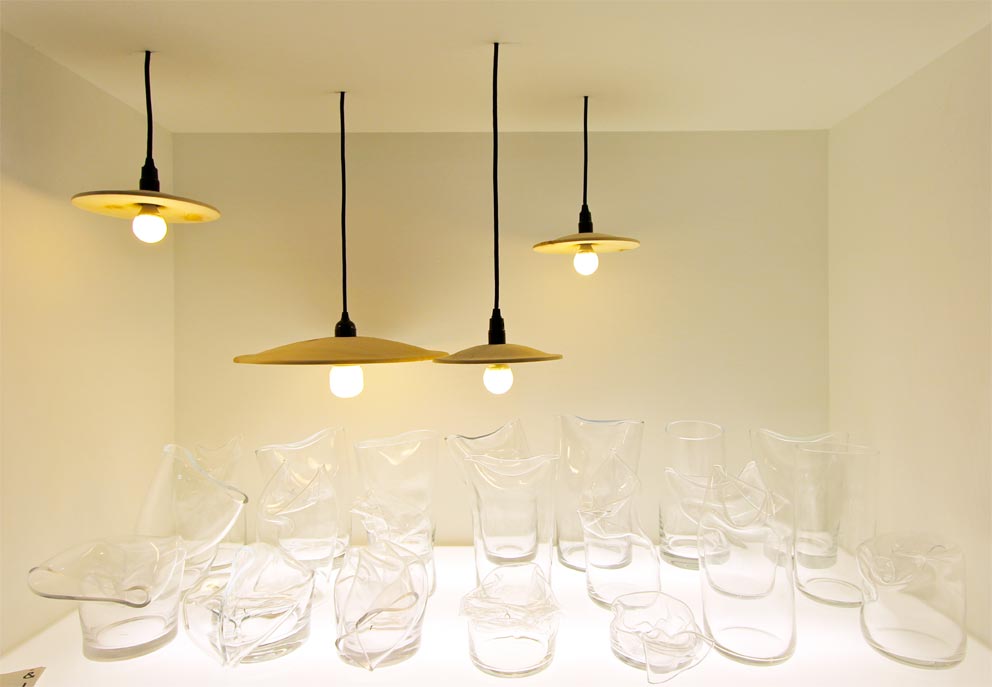 Barnlight and series of vases by Loris & Livia for the „Wonder Cabinets of Europe” collection at ICFF. Photo © Kerstin Baumgartner 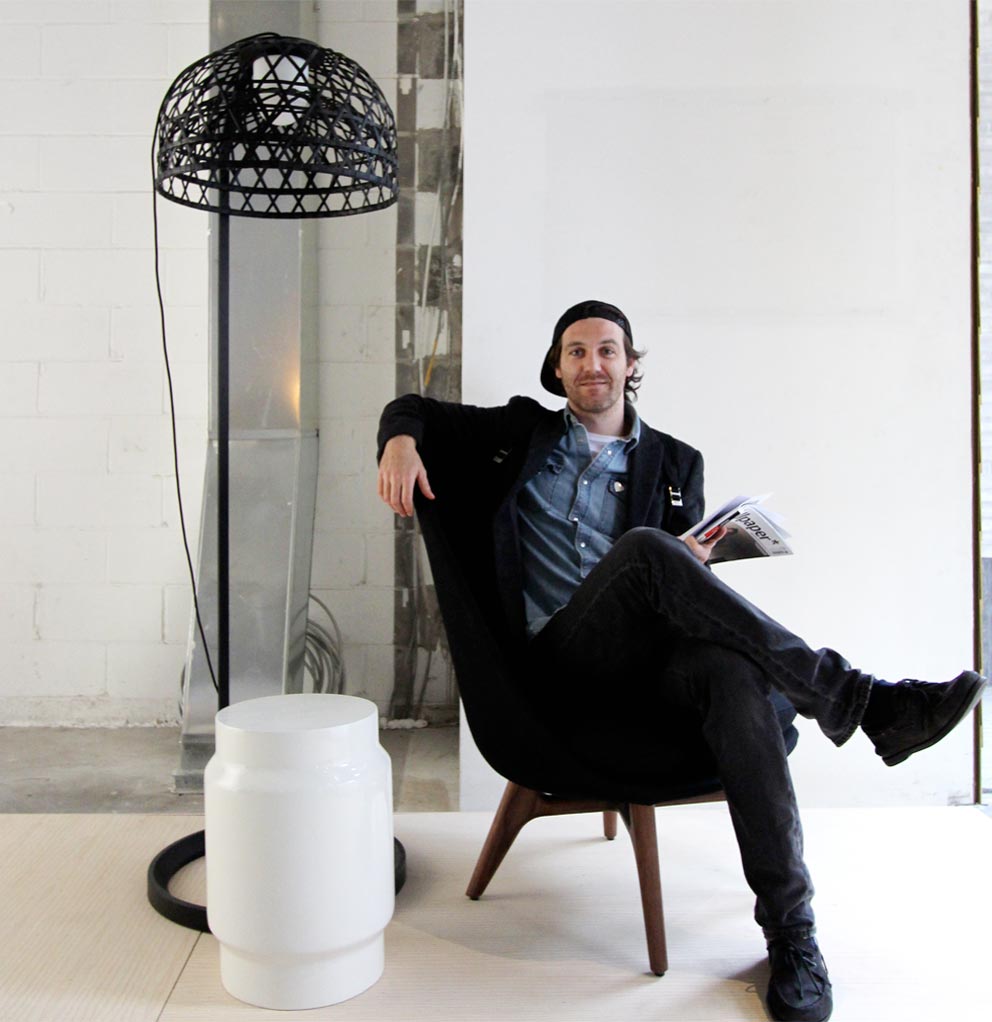 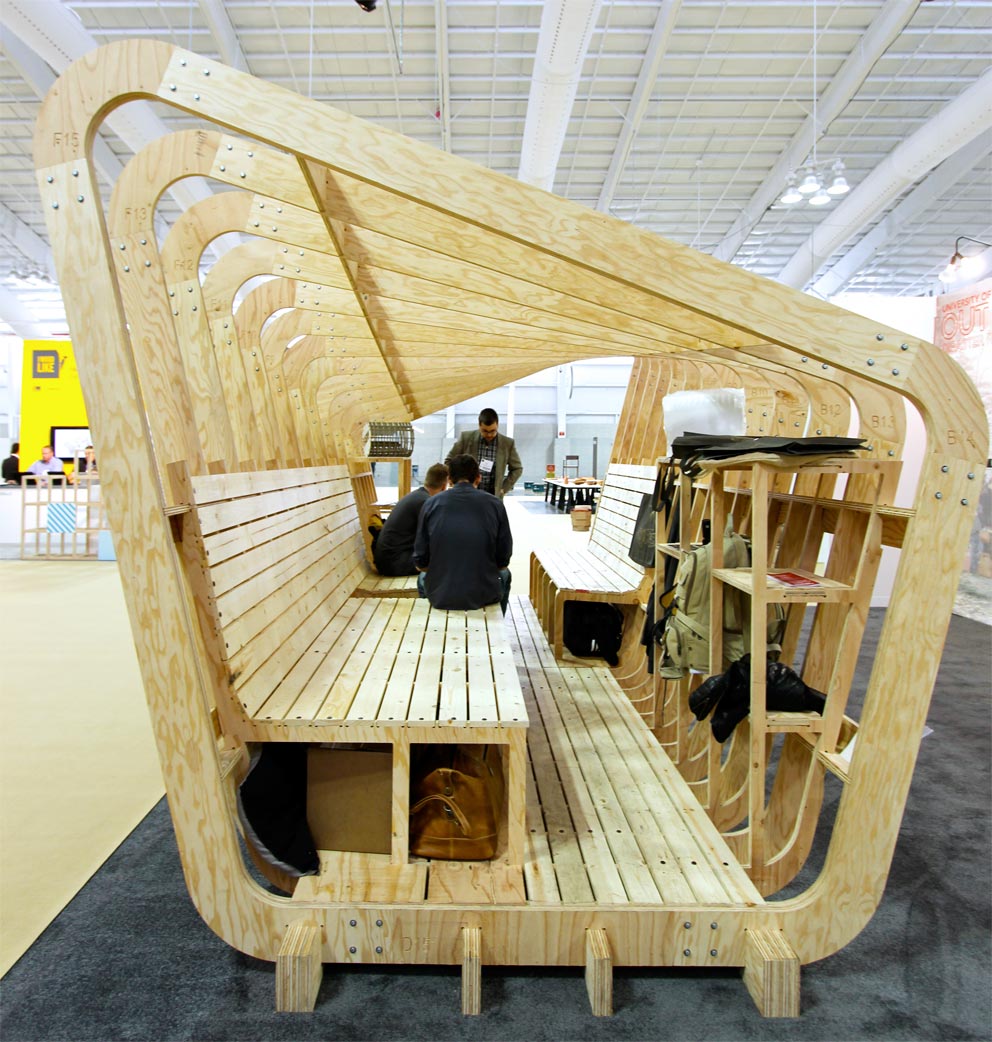 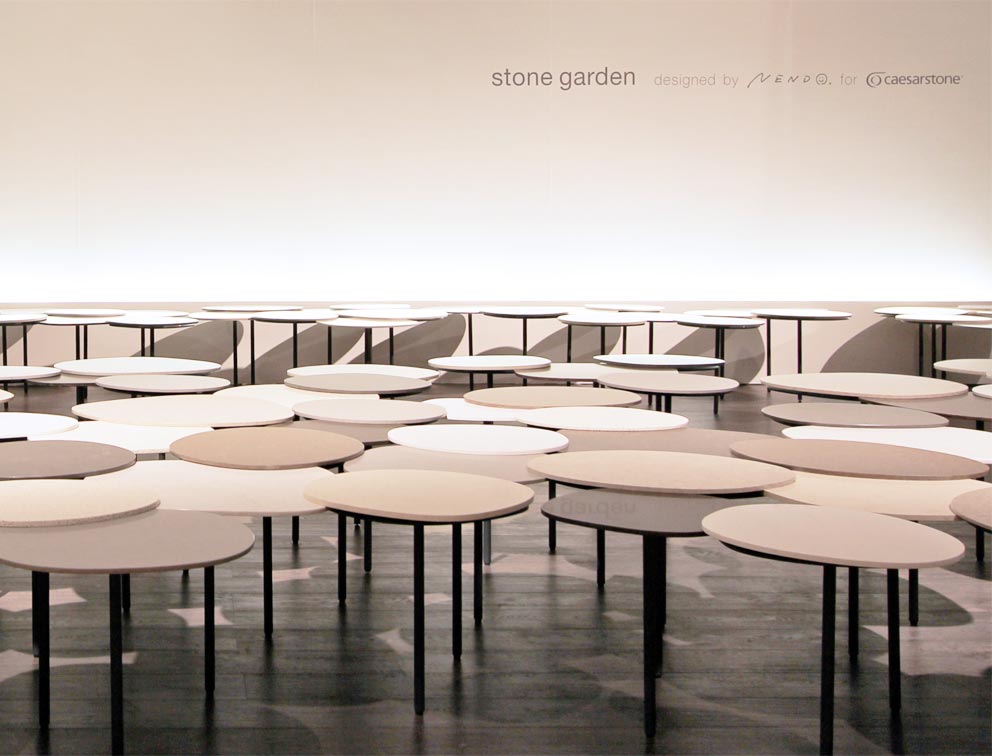 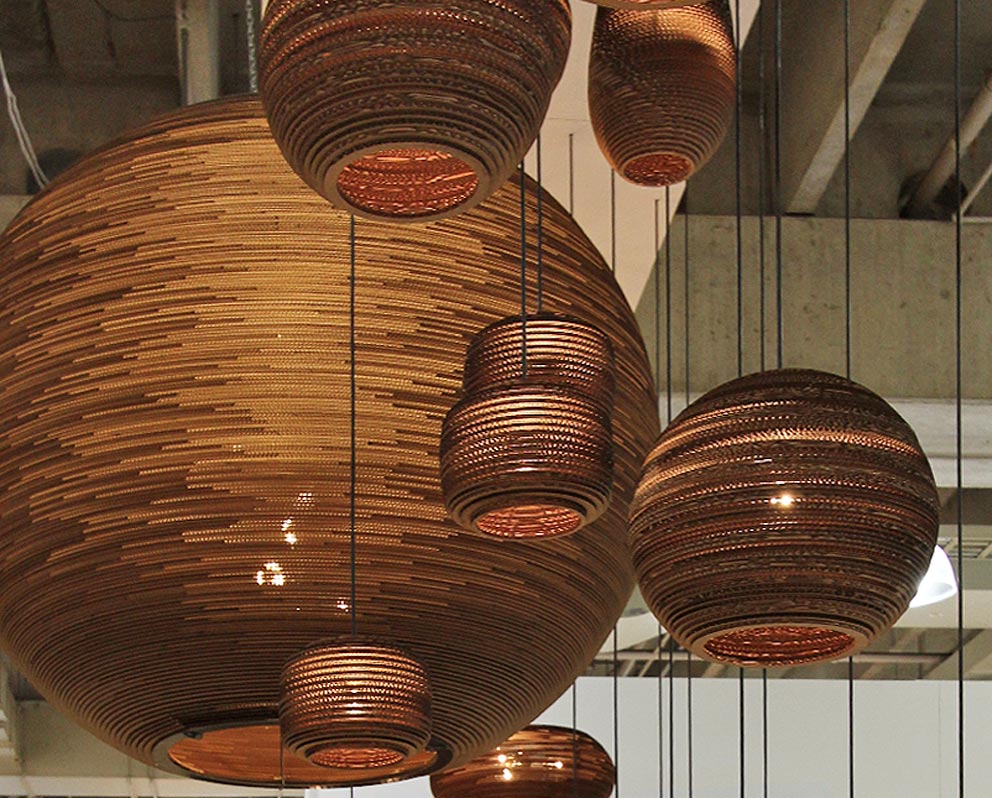