Lights on at e15: North by Eva Marguerre and Marcel Besau

At e15, even lights are now going on: To round out the furniture, there’s now a new five-family luminaire collection. The “authentic” novelties include: “North” by Eva Marguerre and Marcel Besau, which with its two side-by-side discs is available as a floor lamp or as a wall or pendant luminaire; “Palo” by Michael Raasch, a daring luminaire with a sharp profile; and “Span”, another pendant luminaire by Michael Raasch. These new designs round out the existing luminaires: These center on “Colour” by Daniel Rybakken and Andreas Engesvik, who in the guise of e15 have found a new manufacturer for their floor lamp, and the “Seam” series by Mark Holmes, which has been expanded to feature a smaller version of the “Seam Two” luminaire and the “Seam Three” wall lamp. Martina Metzner talked with e15 MD Philipp Mainzer and the designer duo Eva Marguerre and Marcel Besau about the collaboration on “North” and the fun and frustrations of designing light.

Martina Metzner: So e15 is now making luminaires, too. Does the market need this?

Philipp Mainzer: Even if there are plenty of luminaires by other manufacturers, you still won’t find the right ones to go with e15 products. Luminaires that seek to be less strident, and yet are well-designed, sustainable and efficient. We wanted to create a focused, independent luminaire collection. And there’ll be more. This was just the beginning.

What was the brief for the e15 luminaires?

Philipp Mainzer: We’re not a luminaire manufacturer, but offer everything from a single source. For this reason, it was important that there are table and pendant luminaires for the dining table and desk, and reading lamps that go with our chairs and armchairs. Now of course these are luminaires destined for homes, but you can also use them in commercial premises such as hotels.

“North” has a quite idiosyncratic, almost sculptural character. Was that the intention? Why does it fit e15?

Mainzer: “North” is very simple in structure. It’s exciting thanks to the angles. Which is why launching “North” is a real statement on our part, because it sets the tone in the collection by being a bit “louder”, if that’s the right word.

Marcel Besau: In the beginning there was the floor lamp. During the development process working with Philipp other versions arose, such as the pendant and wall luminaires. As a single luminaire, “North” is far more restrained than as a group.

White, sulfur yellow, copper. No gray, no black. How so?

Mainzer: We consciously reduced the range of colors. We had the problem with black and dark gray that they simply don’t reflect so well.

What was the initial inspiration behind developing the luminaire?

Marguerre: We started with the material. Copper interested us, above all the light reflections that the material creates. Then we went for light sources in copper mounts, in tubes or boxes. If we’d simply placed two angular discs next to each other, less light would have emanated. This way we logically ended up with a circle as the form, whereby the light is reflected by the two discs and can diffuse in all directions.

If one looks at the luminaire, the effect is a bit like an eclipse of the sun. Was that intentional?

Marguerre: The moon in the night sky, yes, that was also a source of inspiration. The main thing was the interplay of light and shadow in general. You move a bit in the room, and the luminaire’s shape and the light changes completely.

North is the first luminaire in your portfolio – was it a special challenge?

Besau: When we started work on the project we weren’t looking to design a luminaire. We focused first and foremost on how the material could be used. Designing a luminaire is a very special affair and it simply progressed logically as part of the progress.

Marguerre: We did in fact feel somewhat in awe given the prospect of designing a luminaire. At university, our professors taught us that a good luminaire is not just a matter of a decorative shade round a lamp. Light has to be logical and not just decorative. We were repeatedly told that if the light is not the key element in the luminaire then don’t make the luminaire.

Who does what in the team?

Marguerre: There’s no clear division of labor. We simply do everything together. Precisely at the outset of a project, the interaction between us is crucial when defining the idea and elaborating the concept. But I would readily concede that Marcel is better when it comes to the technical side to things. My focus tends to be the styling and colors.

Besau: Yes the interplay between us is key. But no two projects are the same and you can’t plan the creative elements spawning good ideas in advance. Experience shows that we produce the best ideas when bouncing things back and forth between us. And to be fair we should say that we often also have Eva’s brother backing us up in the workshop – he has a real genius for technology.

How did the collaboration between you evolve?

Eva Marguerre: We discussed projects back when we were still students, it was all about mutual support and the one or other joint project so it was only logical that we founded a studio together. After graduation we headed for Hamburg, rented an office, and worked together. In 2011 we gave it all a name and presented ourselves to the outside world jointly as Studio Besau-Marguerre. Meaning the collaboration went back a lot further.

Marguerre: e15 caught my eye back in my student days; I visited their booth at the fair each year in Cologne and have followed their output for a long time now. There are few firms in Germany who have such a coherent overall concept, who so consistently use materials and colors, and yet each year surprise me anew, without ever not being loyal to their principles. Which is another way of saying I’ve long wished to work for e15. The contact first came about when I was working for Stefan Diez.

What to your mind characterizes e15? Where’s there common ground in terms of design?

Marguerre: I feel we’re on the same wavelength above all in terms of formal vocabulary. Then there’s the fact that we likewise start with the material, for example with our “Nido” stool. Another common approach is the insistence on a purist use of the material, an effort to get the most out of it. For “North”, in the beginning there was light, as it were the material, in combination with metals. When developing the different types of luminaire, a key factor was to find the appropriate light source in each case while doing justice to the differences in the luminaires for the respective sorts of rooms or situations. Our objective was to combine formal reduction with functional coherence and here we and Philipp speak the same language. It’ll be interesting to see what feedback there is on the product and we look forward to the presentation in Milan! 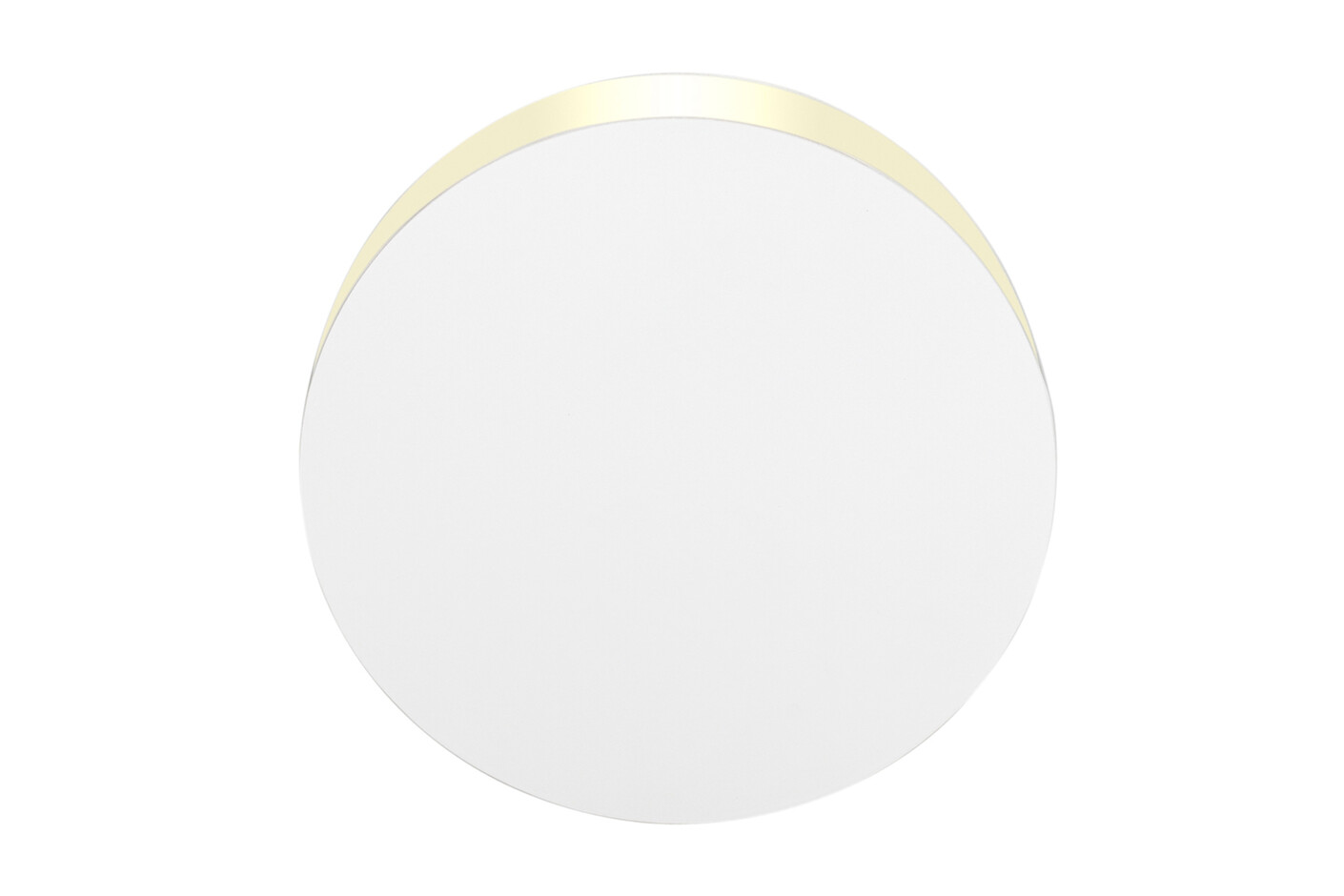 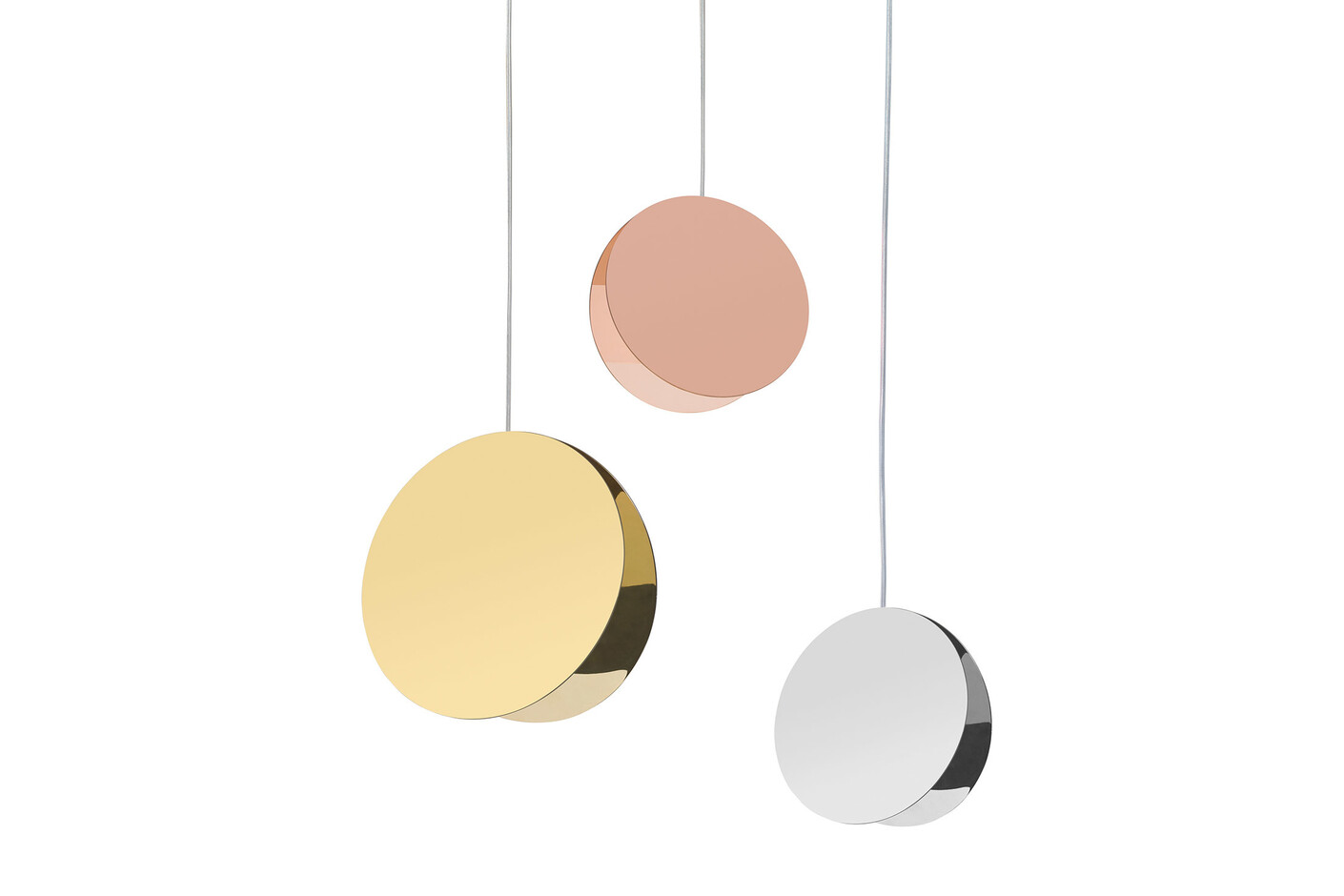 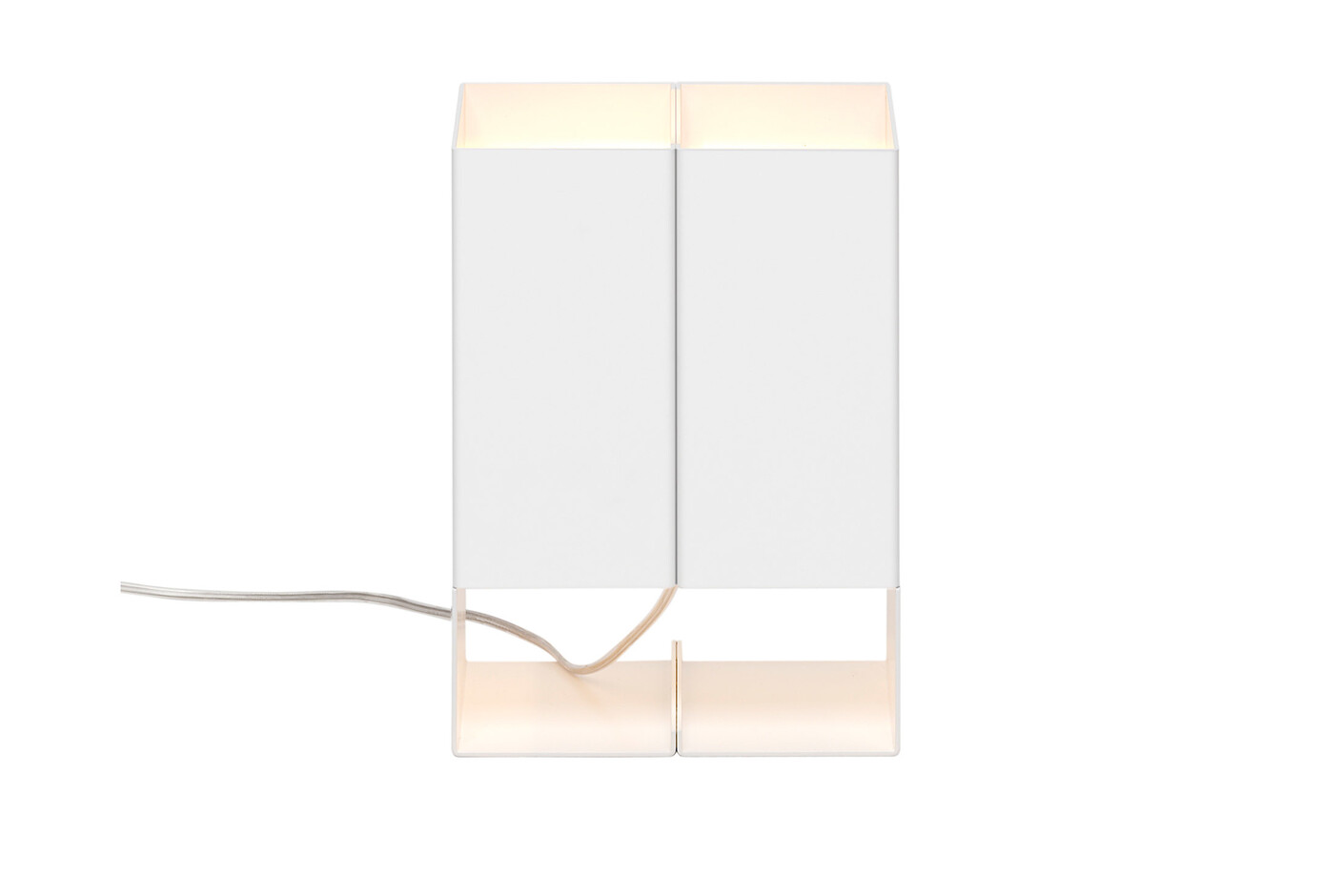 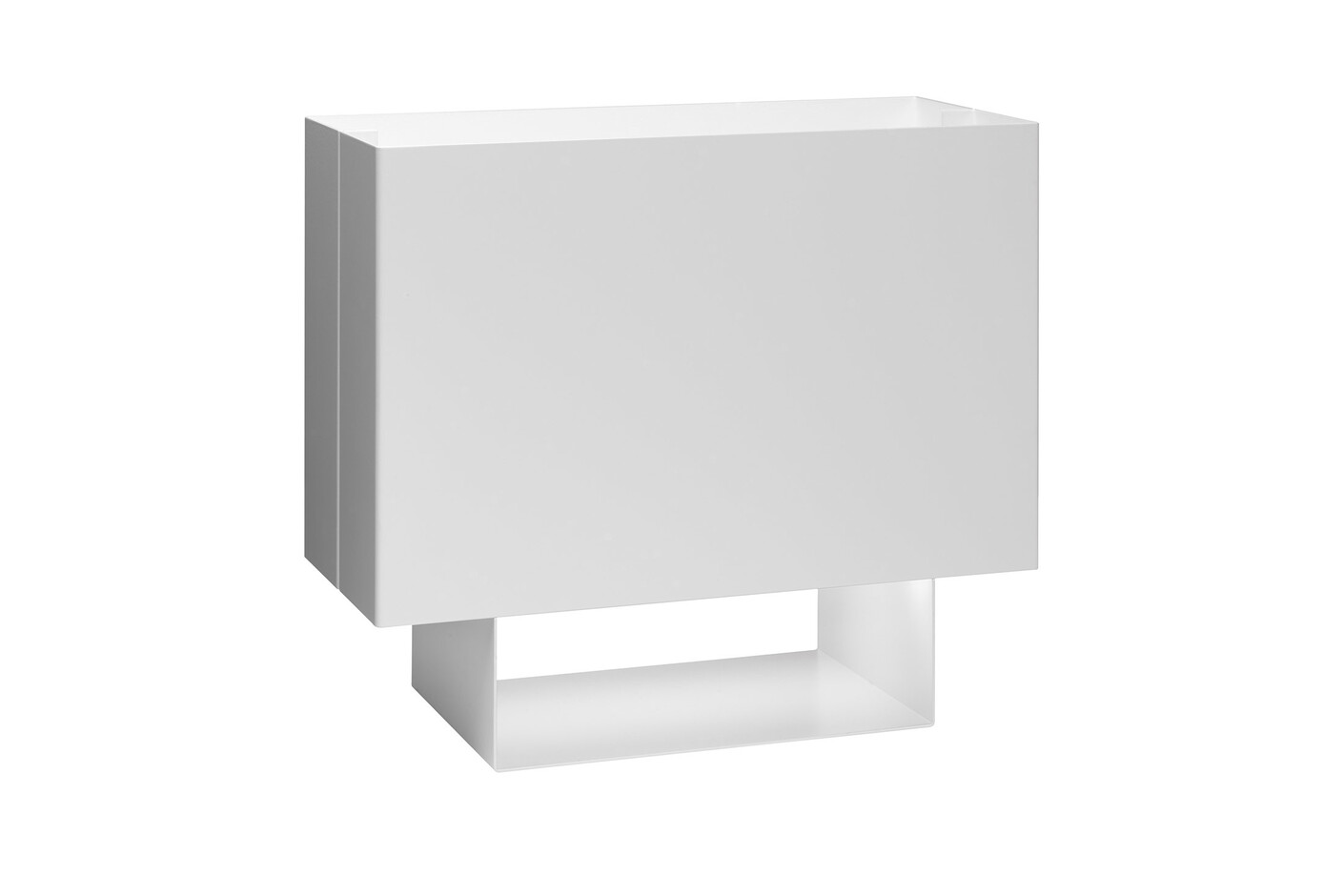