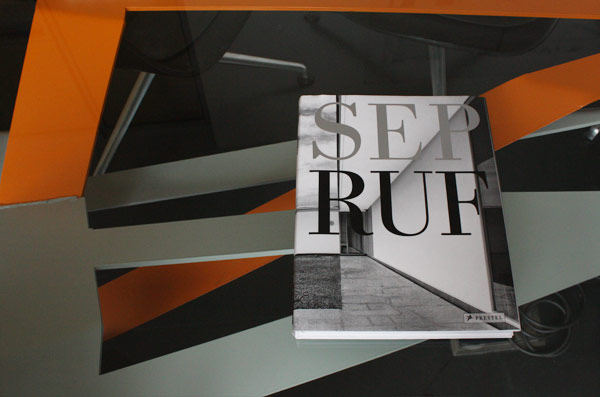 Ludwig Erhard was utterly thrilled by the Chancellor's bungalow in Bonn, with its retractable, sliding walls, flowing spaces, Herman Miller furnishings and modest but transparent, cosmopolitan aura, a building which was designed to represent the new Germany. But hardly any of his successors shared this enthusiasm. Built in 1963/64, the bungalow, designed by Munich architect Sep Ruf as the official residence of the German Chancellor, seemed too sparse, too uncomfortable and not sufficiently prestigious. Kurt Georg Kiesinger and Willy Brandt both refused to move in until it had been remodelled. A nation, which although looking for a new identity, preferred to stick to the comfortable, prestigious and lovely, Ruf's simple, open architecture met with disapproval. In most of sixties society, modern architecture was more of an expression of contempt than of high regard.

The aim of Sep Ruf (1908-1982) was to create contemporary, original architecture, designed to engage in a dialogue with tradition and history rather than stand in contrast to them. The Maxburg in Munich, a building designed by Ruf in 1952, on the site of a Renaissance castle destroyed during the war, references the castle's inner courtyards and picks up on the structure of the façade of the one tower left standing, whilst also providing an open space for citizens. For Nikolaus Pevsner, the new Maxburg, which carefully combines historic structure with contemporary architecture, was a perfect example of "how well a modern building can blend in with a major historical monument of the past." But this building by Ruf already came in for considerable criticism from the public.

This feeling of resentment against the new and the clichéd image of emotionless, cold, modern architecture, attested to by prefabricated buildings and concrete blocks, ensured that the quality of the post-war modern sank almost totally into oblivion for decades and was only gradually rediscovered by the public in the wake of the retro trend. But, although Ruf is undoubtedly one of Germany's most important, post-war modern architects, with buildings like the "Akademie der Künste" [Academy of the Arts] and "Germanisches Nationalmuseum" [German National Museum] in Nuremberg and the German pavilion at the World Exhibition in Brussels (co-designed with Egon Eiermann in 1958), creating quite a stir with a host of designs in Bonn, Munich and on the Tegernsee, he is now practically unknown outside the world of architecture. It is only in recent years that some of Ruf's most important designs have been given listed building status.

And so, to celebrate Sep Ruf's centenary, the Munich Technical University's architecture museum organised an exhibition in the Pinakothek der Moderne gallery to pay tribute to his entire portfolio of work for the first time. There is also a book "Sep Ruf 1908-1982. Moderne mit Tradition" which has been published to coincide with it. As well as some personal recollections from contemporaries and a comprehensive catalogue of work, which for the first time evaluates Ruf's legacy, the book presents many of his key designs and features a superb selection of original photographs plus some new shots. These images clearly show the finely balanced proportions and details of his buildings, their material-reduced simplicity and transparency as well as their sensitive links to the historic fabric of the building. The book is beautiful, almost opulent and, even for hardened sceptics of modern architecture, highlights an impressive sensitive, light, elegant modern architecture, graphically bringing its qualities to life. It also makes you want to rediscover Sep Ruf's numerous buildings, in Munich for example, which for several decades have stood hidden away in the city, like slightly dusty, modern treasures. 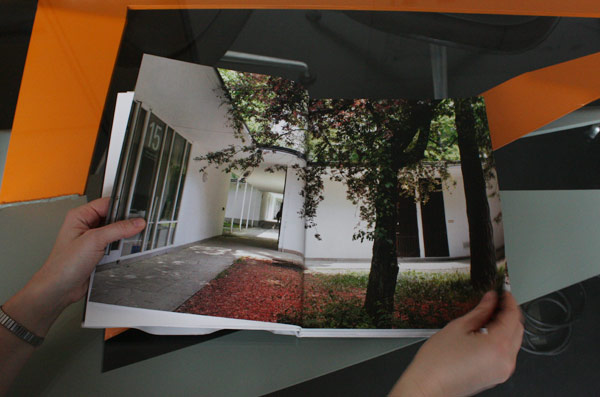 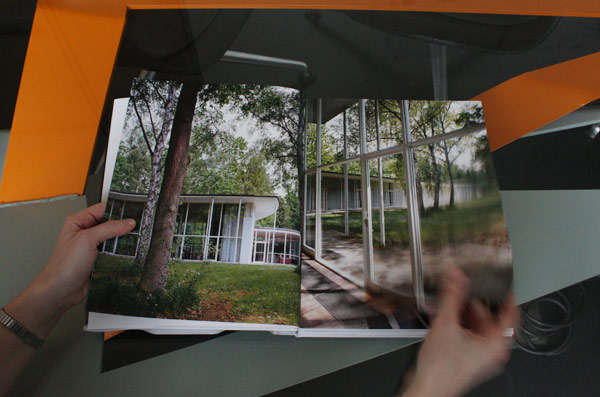 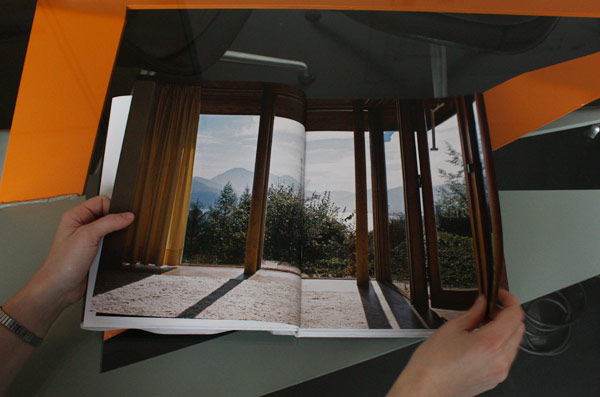 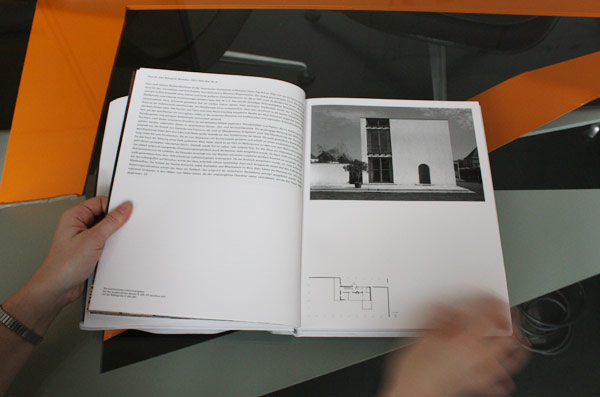 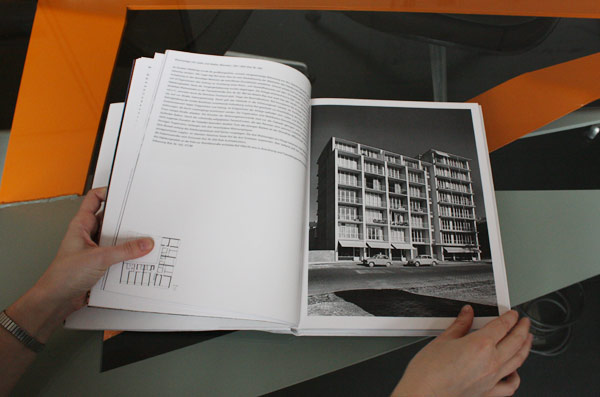 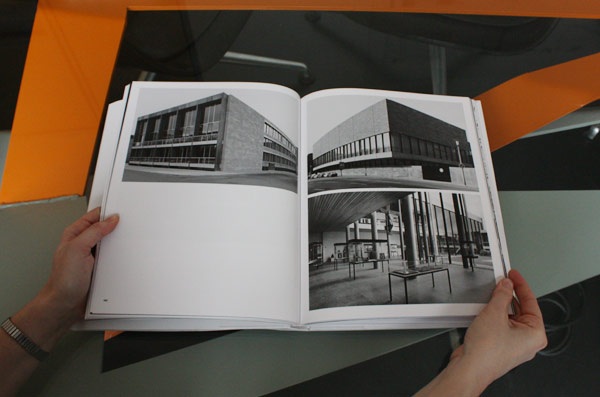 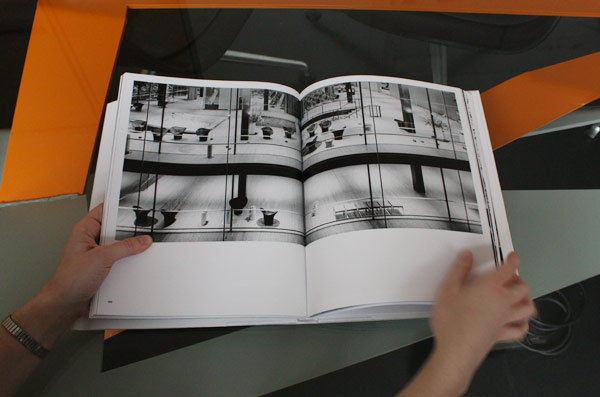 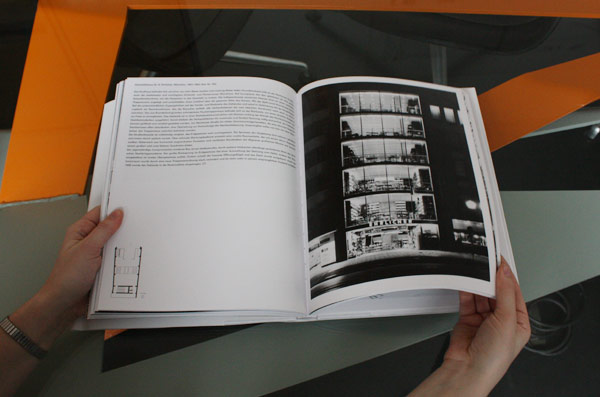 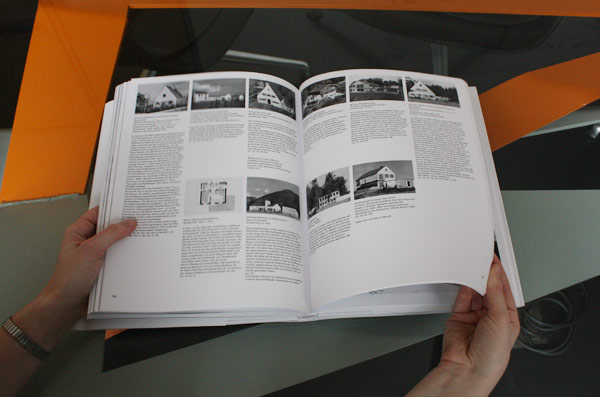 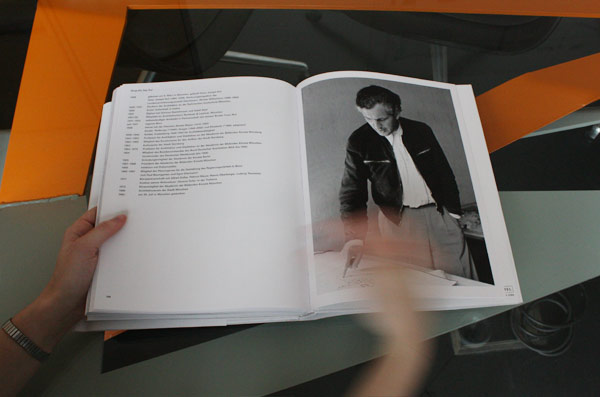 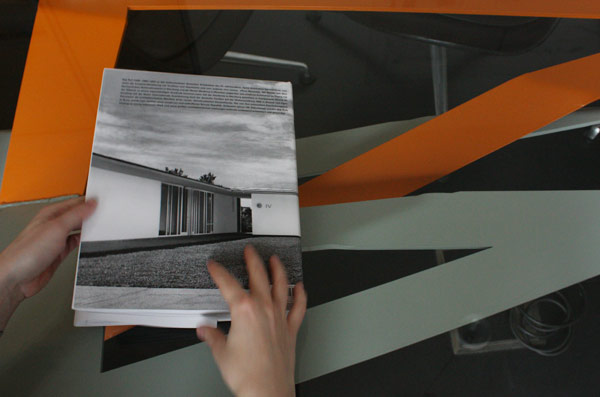