The City of Görlitz is well-known for its now very well-preserved historical heart. About 60 such houses with their large rectangular halls have survived here. Behind their front doors, some of which are magnificent while others are quite unobtrusive, lurk superbly vaulted entrance halls that originally served as the commercial premises. A young family happened across one such house, “Handwerk 22” dating from 1727, and instead of going ahead with their new-build plans instead chose to acquire this Baroque jewel. However, when it came to the building technology, the family stuck by its choice of comfortable and ultramodern Gira controls that regulate the heating, lighting, security system and even the music on all floors of the house.

The family had the house, which is of course a listed property, carefully modernized. In the process, several stucco ceilings were found, and a great deal of effort devoted to restoring them by hand. These Baroque stucco ceilings and the vault strongly define the character of the rooms, which nevertheless seem spacious and modern. The family was inspired by the Görlitz Baroque museum when choosing the colors for the rooms, namely a striking yellow for the kitchen, red for the corridor and living room, and a cooler green for the study.

During the extensive building work, new service pipes were run in the existing chimney ducts, and as requested a Gira KNX/EIB system was installed that controls all the electronics in the building. Even the gate, which is close to 400 years old, can thus be controlled from the central panel and included in the CCTV coverage. The Gira HomeServer not only handles the door communications, but also the light, underfloor heating, and the smoke detectors. Inside the building, all the electronic components can be controlled using the displays on each floor - and when the family’s away it can even activate things from an iPhone or iPad. A very comfortable solution inside such old walls. 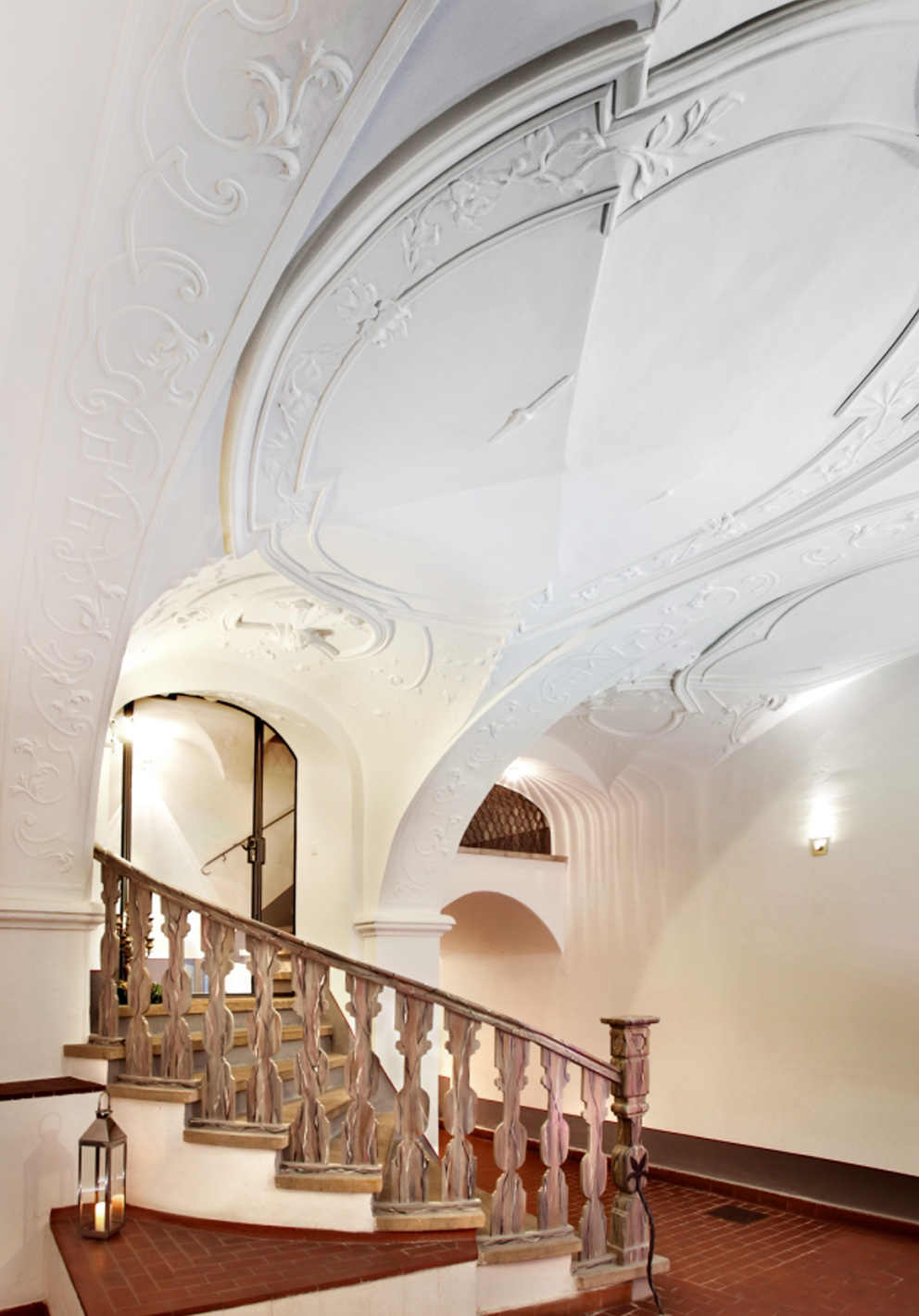 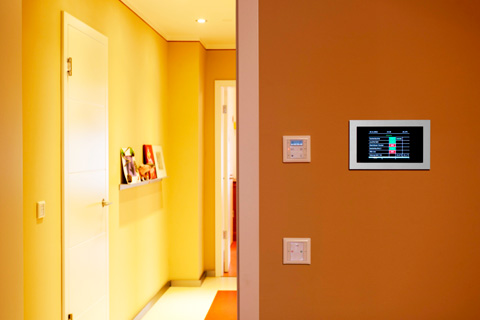 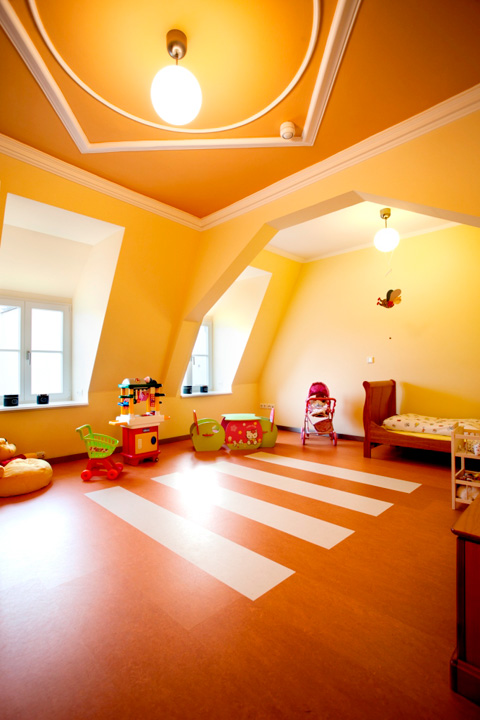 The space under the roof is the domain of the young daughters – and instead of a Babyphone Gira electronics keeps everyone safe. Photo: © Ulrich Beuttenmüller for Gira 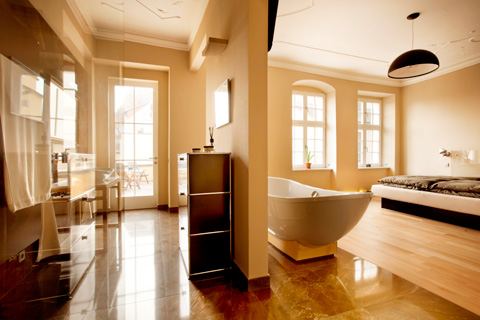 On the first floor the bathroom and bedroom merge. Using the Gira Control Clients the ambient mood can be set as required. Photo © Ulrich Beuttenmüller for Gira 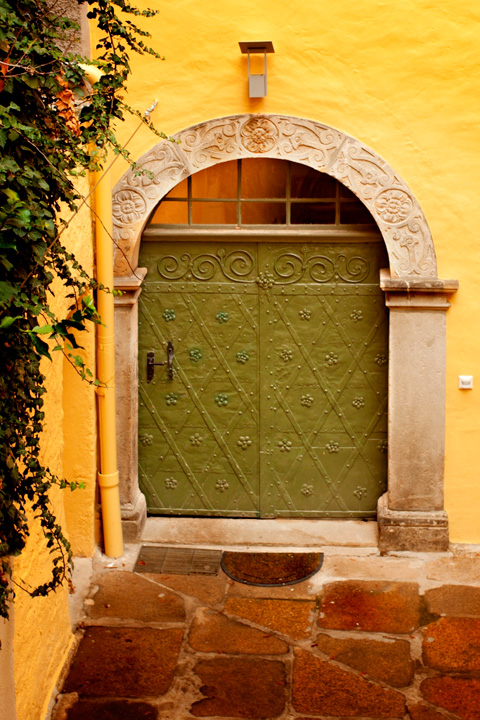 Even the gateway into the year, dating from 1620, has been successfully integrated into the complex electronic control system. Photo: © Ulrich Beuttenmüller for Gira 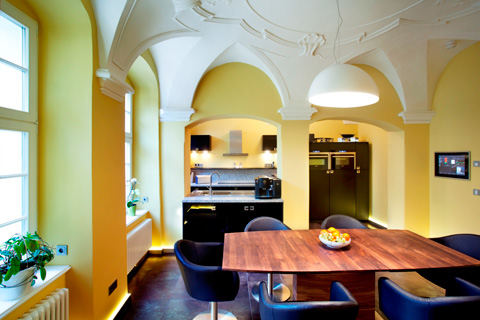 The structure of vaults and arches has been left as it was – but a modern kitchen with adjacent eating zone inserted. Photo: © Ulrich Beuttenmüller for Gira 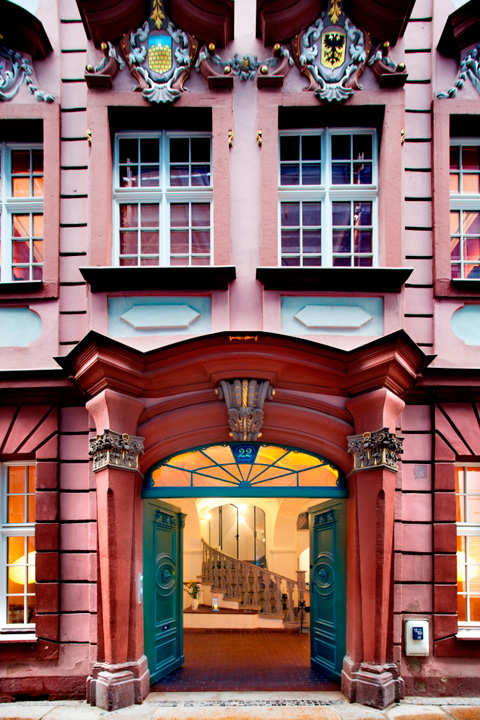 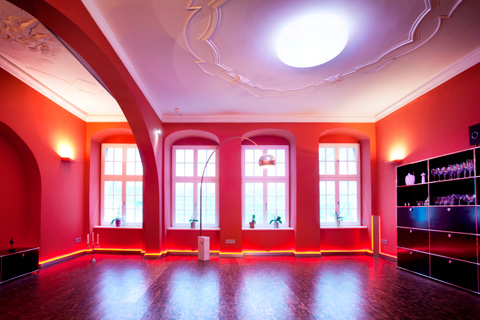 The living room has been painted in a strong red. The underfloor heating, lights, music and systems technology are all routed through the so-called Control Client. Photo: © Ulrich Beuttenmüller for Gira 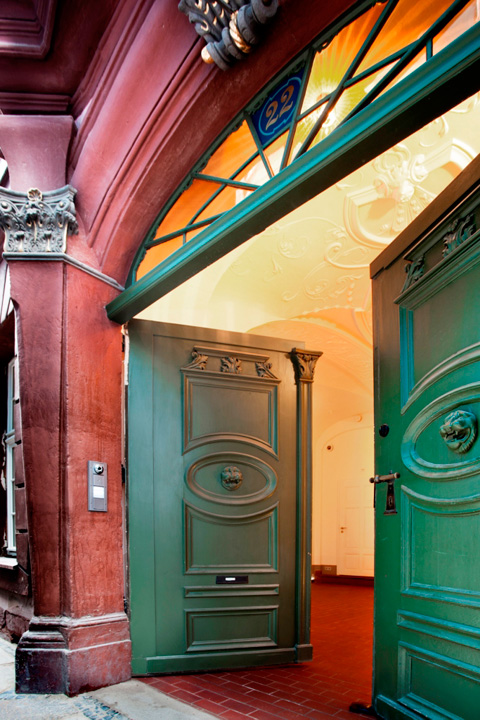 The displays in the living rooms provide Gira video comms with the doors. The family members have a keyless transponder that opens all entrances. Photo: © Ulrich Beuttenmüller for Gira
Advertisement