There is a legendary furniture scene in Jacques Tati's 1958 film classic Mon Oncle. The lady of the house gives the neighbor a tour of her modern home and stops in front of a paltry composition of wire chairs. "This is our seating area," she says proudly, and the spectator smiles. For let's be honest, wire furniture is a strenuous contemporary. It inevitably has the dreaded ‘rolled roast effect' on the sitter's derrière. Yet Madame Hulot's sofa does not look particularly inviting either. The shocked neighbor inadvertently lets out an "Oh!" when she gingerly lowers herself onto the garish green, scantily upholstered seat with the charm of asymmetrical bars.

Now, the light, modern seating furniture à la Mon Oncle seems to be celebrating a comeback. Given the magenta to purple-colored modular objects which were recently launched on the market, we initially thought that the 1980s revival in fashion and music has spilled over into product design, with a slight delay. Now however, it seems to be a 1950s revival at least as much. The spirit of Modern times is back. "As thin as possible and never in the middle", as Arne Jacobsen once concisely summarized it. While the second part of this characterization seems more appropriate for architecture, the first part also applies to furniture.

And thus now all manufacturers of name and reputation, from Vitra to Moroso, from Porro to Pastoe and from Molteni to Viccarbe, are coming up with light-footed chairs for bars, lobbies and living rooms. It actually began back in 2002, when Cappellini launched the "Outline" series by Jean-Marie Massaud on the market. "I need a biomorphic form that is reminiscent of a nest, for I find that comfortable, and I need softness in the places that bear my weight, but not everywhere", as Massaud once explained his design strategy, and then added, "Furthermore I would like the furniture to be a symbol of lightness, because it is pleasurable to feel light." Lounge furniture looking for lightness - it almost sounds like the title of a science fiction film.

However, what no longer seems to be so much in demand nowadays is the spacey shape of the "Outline" seat shell. The trend is leaning towards a more reserved formal language and above all low seats, as demonstrated by the Eames' "Lounge Chair Wood" and "Lounge Chair Metal". They include, for example, Eric Degenhardt's new "Velas" chair for Wilkhahn, which is conceived as an informal piece of furniture for lobbies and foyers. And the "Slow Chair" by the Bouroullecs for Vitra, which looks far less business like thanks to both its mesh cover and its robust shape. Patricia Urquiola's "Tropicalia" collection for Moroso calls to mind Hans J. Wegner's braided "Flag Halyard Chair" and the ‘Spaghetti Chair' by Altorfer from 1949. A further well-known example of the trend is Ben van Berkel's "MyChair", produced by Walter Knoll. With its two colors and butterfly shape when viewed from the side, in formal terms it is comparatively complex and when viewed from the front also very pear-shaped. Yet compared to the mighty "Circle" sofa, which van Berkel designed previously for Walter Knoll, it behaves almost like a Tati wire chair to the Gelsenkirchen Baroque wall unit.

In any case, "MyChair" and the majority of its low, unflustered colleagues are surprisingly comfortable. And it is precisely in this paradoxical combination of the greatest possible visual lightness and the greatest possible comfort that their fascination lies. One thing is certain however, namely, that the days of lolloping around as on the cantilever lounge sofas of the 1990s are over. A perceptibly fresher zeitgeist is drifting through bars and living rooms. The only thing missing is the economic miracle. 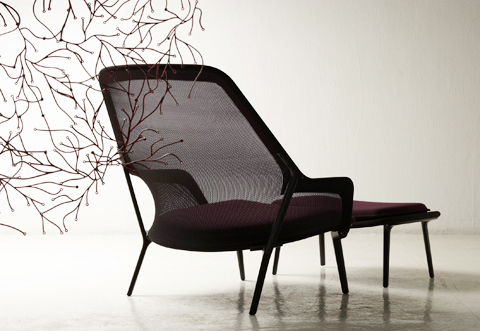 Slow Chair by Bouroullecs for Vitra 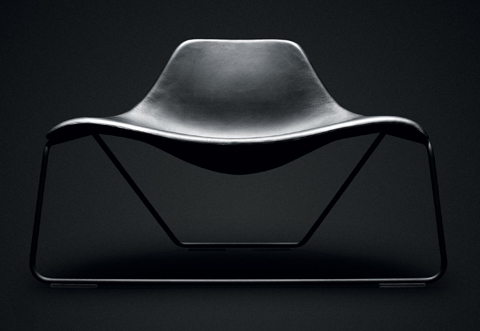 Glide by Monica Förster for Tacchini 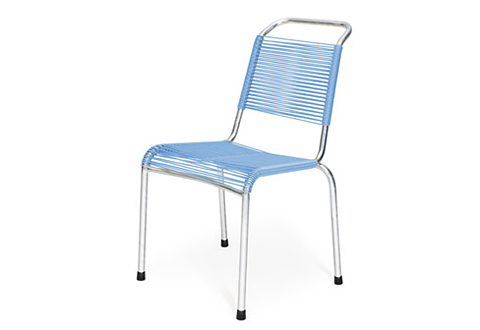 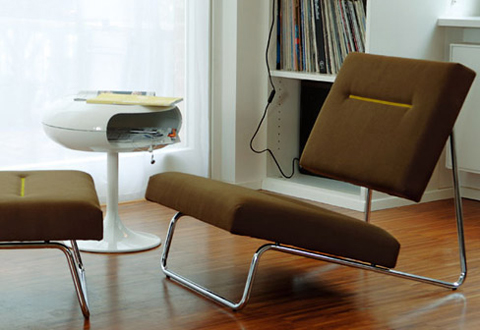 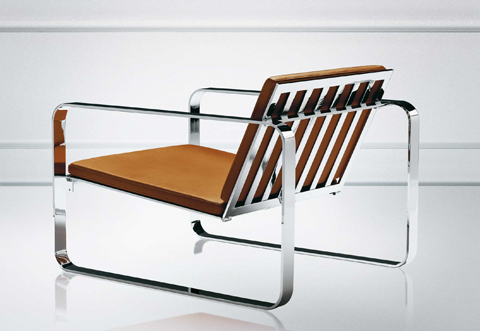 Silverstone by Morten Voss for Danerka 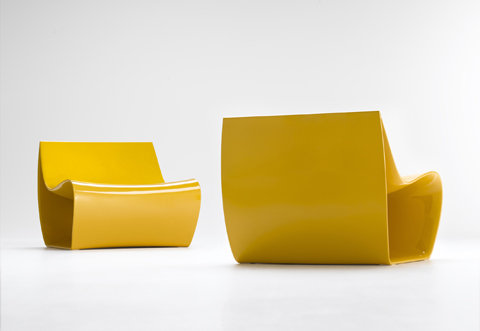 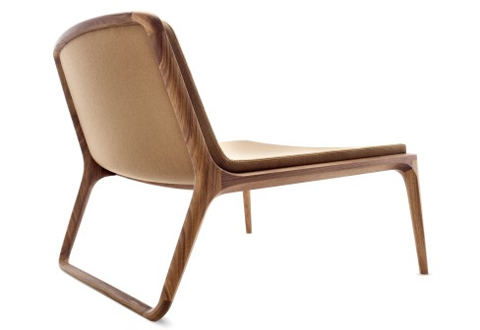 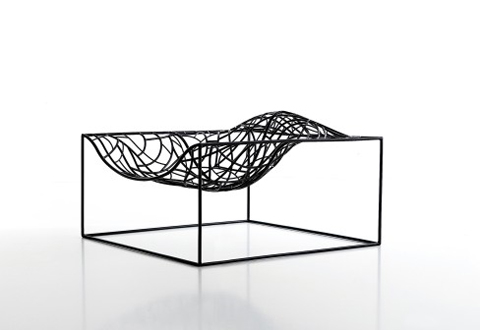 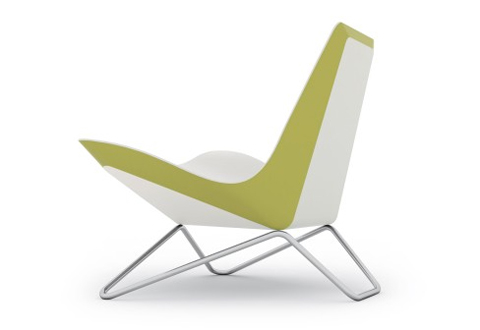 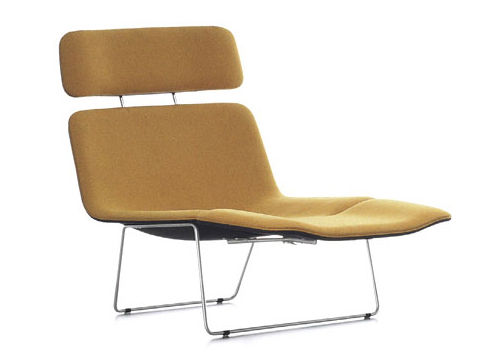 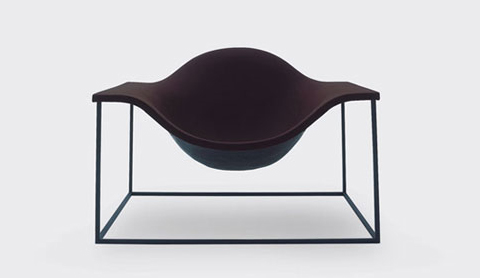 Outline by Jean-Marie Massaud for Cappellini 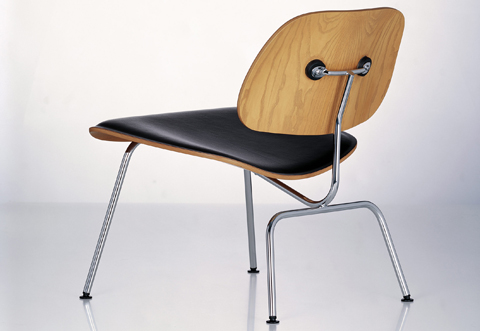 Lounge Chair Metal by Charles and Ray Eames for Vitra 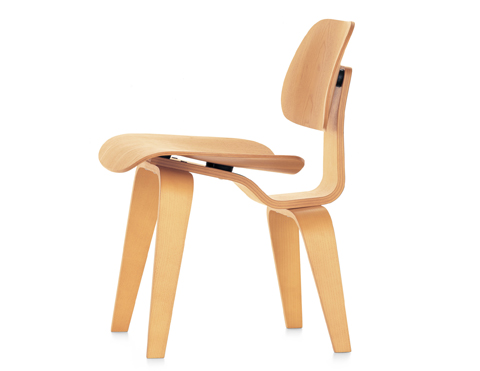 Lounge Chair Wood by Charles and Ray Eames for Vitra 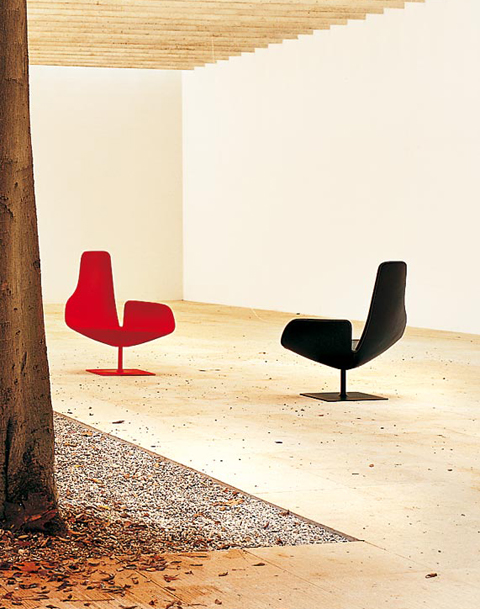 Fjord by Patricia Urquiola for Moroso 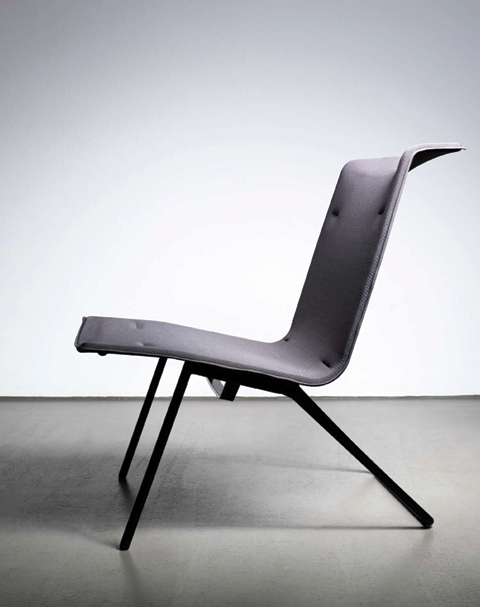 Velas by Eric Degenhardt for Wilkhahn 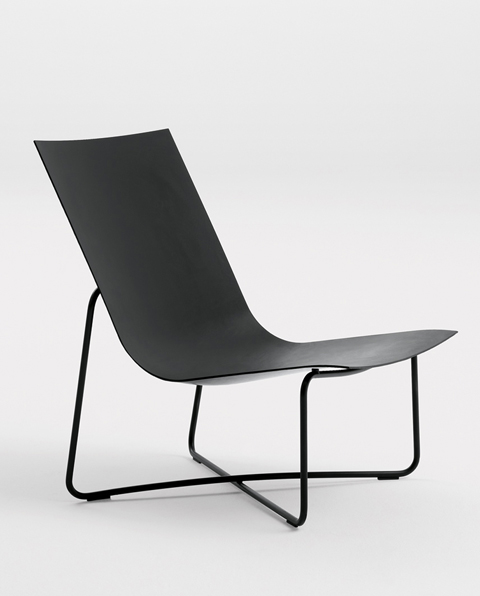 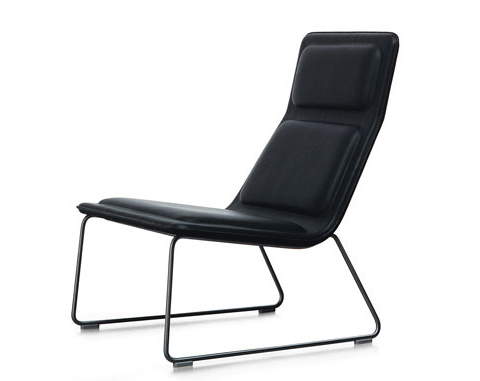 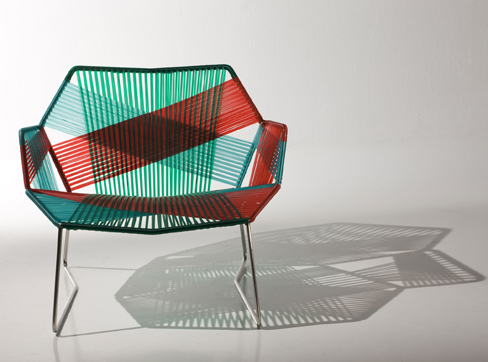 Tropicalia by Patricia Urquiola for Moroso 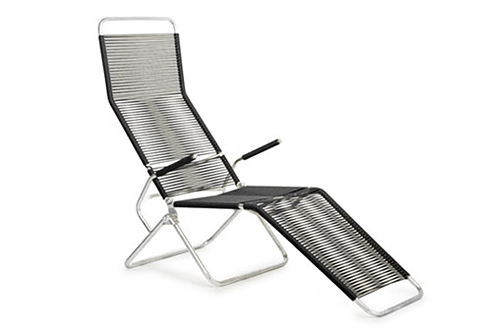 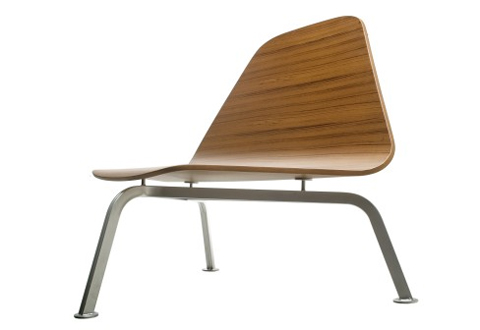 Metis by Hannes Wettstein for Lapalma 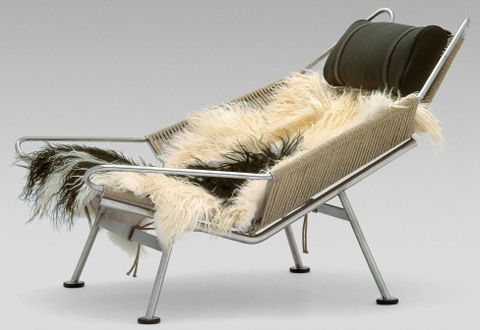