It must be said that with 750 international exhibitors and a comprehensive accompanying program the Stockholm Furniture Fair & Northern Light Fair were a brilliant success. The sense of optimism despite the economic crisis was perhaps due partly to the ongoing construction boom in Stockholm. Yet the lobby of Northern Light Hotel in Stockholm city is pitch black. Guests are welcomed by a Hitchcock installation designer Monica Förster conceived. Suspended above the seating area it comprises hundreds of black magpies composed of black and soft grey pebbles perched on barbed wire criss-crossing the ceiling. The birds also feature in a new black ceiling lamp she designed for Zero. Monica Förster´s particular success this year is also on show - tall white candles with an undulating curve in the middle.

Until recently interest in such designer pieces was only lukewarm but the re-edition of Bruno Mathsson's (1907 - 1998) rotating "Jetson chair" in white and the comeback of the "String" bookcase by Nisse Strinning (1917 - 2006) have altered that. The 60-year anniversary celebrated with a 600-series of "String Pocket" of gold ladder and jacaranda shelves - Mats Theselius' idea -sold out immediately. The company behind the "String" Furniture also presented the elegant hanging "Cell", a minimalist bookcase designed by filmmaker Peter Cohen. The slender shelves hang fromchains with small metallic spheres creating the impression that the books are hovering in mid air.

Is beige the new trend-setting color?

Is beige the new cult color? You might be forgiven for thinking so - it was certainly very much in evidence at the fair. Mats Theselius' new shimmering pearl chair called "Star" for Källemo, is made from the same material employed for one of his many drum sets and lasts "forever". Company Svenskt Tenn showed Josef Frank´s (1885 - 1967) double-wide sofa "Liljevalch" (1937) but clad in a thick beige linen rather than Frank's colorful prints.

A designer in the Swedish tradition of Carl Malmsten (1888 - 1972) Erik Nirvan Richter (from Norrgavel) is enjoying growing success, keeping his beige modern line. Made from natural wood, wool, linen and metals Norrgavel's lifestyle furniture has not changed in appearance much over the last sixteen years, the taste is an enduring one. However, this year his children asked him for a sofa that was cozier than the wooden ones. The addition to Nirvan Richter‘s design range is a down feather sofa with "ordinary" textile upholstery. You might want to elevate the design level by combining it with Jasper Morrison´s new light wooden dining chair with plastic seat and back.

Despite the bright colors - including a strong lilac - dominating the Nordic atmosphere in 2009, will the scene revert to natural, pale colors next year? And producers who proudly stress the recyclability of their materials are being asked for quality that will last for generations.

An illuminating breakfast with Ilse Crawford

On two days Wästberg, a brand new Swedish producer of lamps, held early morning seminars at the hotel Berns. This croquebouche palace (1863) in the heart of Stockholm became the venue for fashion and design events some time after Conran gave up running it. As famous writer August Strindberg declared in the hotel's famous Red Room and artists' hangout:"The electric light will make people work themselves to death". Magnus Wästberg attended the seminars: "My idea is to fight the prevalence of indirect electric light and favor direct lighting." he says, alluding to the ongoing revolution in lighting.

Designers Ilse Crawford from London and Hong Kong based Michael Young are his breakfast guests. Between the tables, Wästberg's new collection of first four lamps are presented, each in a dimmed aquarium conceived by design group CKR, Claeson Koivisto and Rune, the confident, Swedish minimalists. Their presence is to be felt all over the Furniture and Light Fairs, having designed Offecct´s new city showroom - the hit there is the three level, tri-colored sofa table "Etage" by Koivisto - and included in six other producers' shows. For Wästberg, CKR has designed a desk, floor luminaire and mini-lamp to come.
Ilse Crawford´s table luminaire features a holder of beech wood, porcelain shade and a stabilizing cast-iron base: "I only use natural materials, and I love wood and porcelain," she says in explaining her love of natural elegance.

Do men and women differ in a way that should be reflected in the furniture they use? Officeline asked Monica Förster to incorporate ergonomic and psychological knowledge about how women sit into the design of an office chair. Förster found out that women sit upright on the edge of a chair, and stretch to be noticed. Which is not to say that men only recline lazily as the cliché would have it in a chair with their legs resting on their desk. The output of Förster's research was the chair "Lei" - a chair with a saddle and a cushion supporting the hollow. Some women testing the new chairs nodded relaxed. Björn Dahlström's wife Anna von Schewen creates a feminine take on the club chair by giving "Dress" for Gärsnäs a softly draped cover and a curving waist.

Experimentation is likewise in evidence in the area of texiles. Take the two sisters Annica and Marie Eklund who are behind Bolon's woven vinyl flooring. Now in its third generation the Swedish production is less known at home than in some 20 European, Asian and US-cities. The Bolon range has been growing since 1995. Their father focused on camping equipment but having pursued educations in design and modern enterprise the sisters turned to interior design. They say that vinyl can be recycled up to a point, but research and environmental consciousness will generate new and better ideas.
Successful Swedish carpet enterprise Kasthall insists on using natural fibers I am told on finding their designer Gunilla Lagerhem´s lively extra-longhaired ryarug exposed on top of a silver-white flat carpet by Anna Schou. Indeed, a lot is happening in the realm of textiles design: These days Kvadrat's products are primarily designed by Swedish textile professor Fanny Aronsen. Gunilla Allard decorated the Kvardrat showcase with a Verner Panton brashness this year. Ania Septon dressed new Area, a cubistic and modular magnetic sofa, covered with good colors and qualities from Kvadrat.

Knitsbythemetre, from designers and entrepreneurs Margot Barolo and Ulrika Mårtensson, got a great deal of interest for their tactile, 3-dimensional and often transparent expressions. Their visit to an old brazier factory led to the grand black drapery of bras pyramids.
The House of Sweden in Washington DC has Barbro Lomakka' s felt textiles woven in Gotland, choosed as sound absorbing art. Her carpets in strict form and natural woolen colors combined as wild three-dimensional sensations are loved also for helping acoustics.
Klässbol's, the linen factory in western Sweden has welcomed Ulrika Elovsson's collection Memory. Her combination of Swedish textile tradition with old ribbon looms and modern technique comes out in shimmering black, white and beige bedcovers and pillowcases.

Finally ‘designer of the year' Jens Fager got his wooden furniture with the feeling of the hand and carving knife as the symbol of catalogue's cover. His chair Raw was a sensation at leaving designschool last year. Now he will produce by the Danish company Muuto. 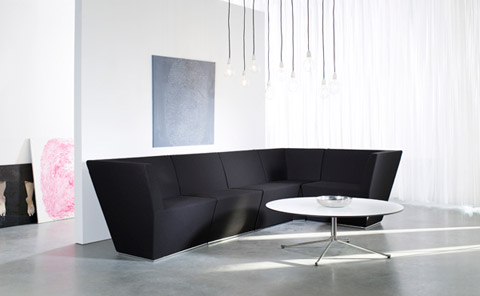 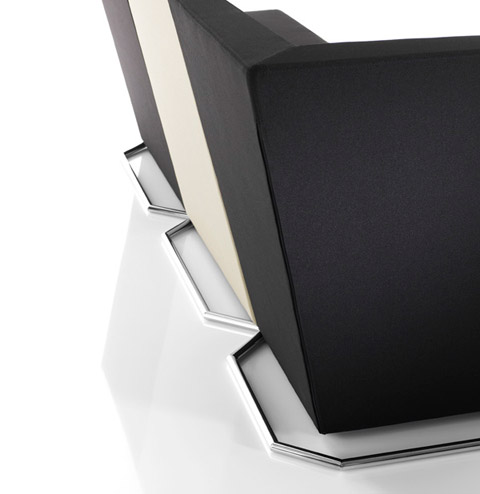 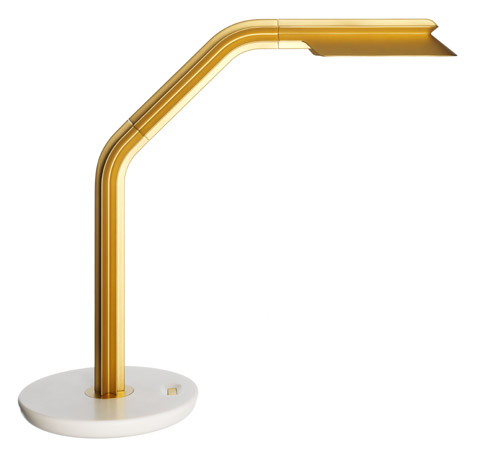 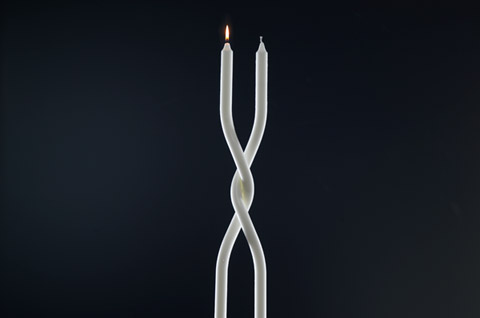 Aurora by Monica Förster for Liljeholmens 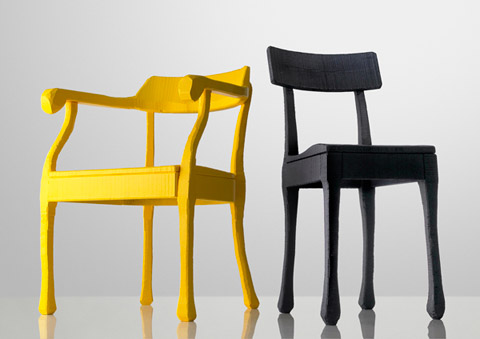 Raw by Jens Fager for Muuto 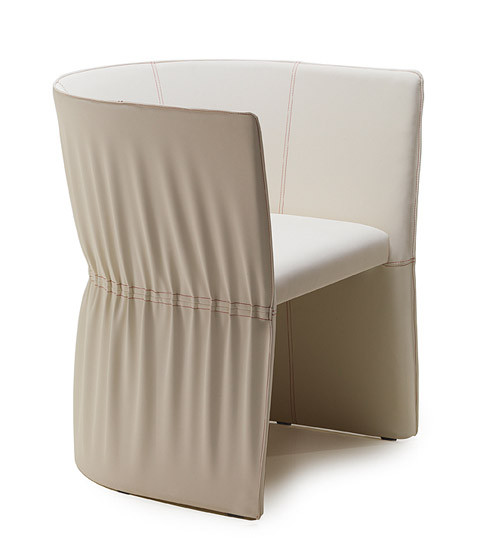 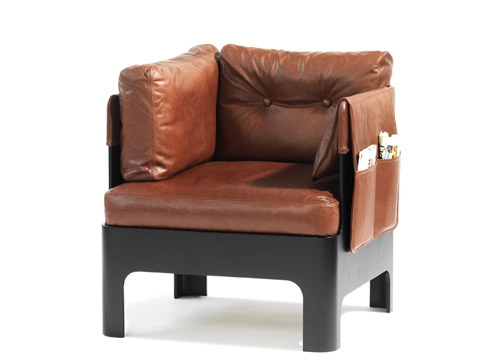 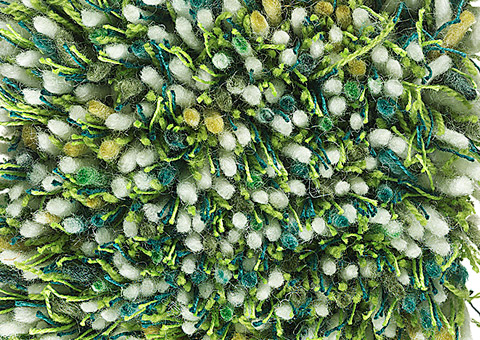 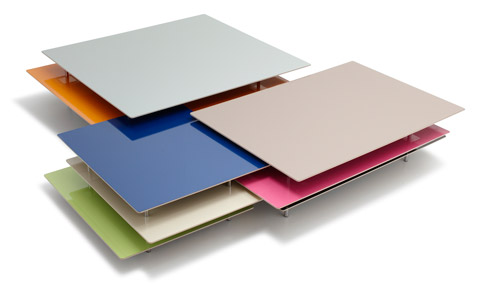 Etage by Eero Koivisto for Offecct 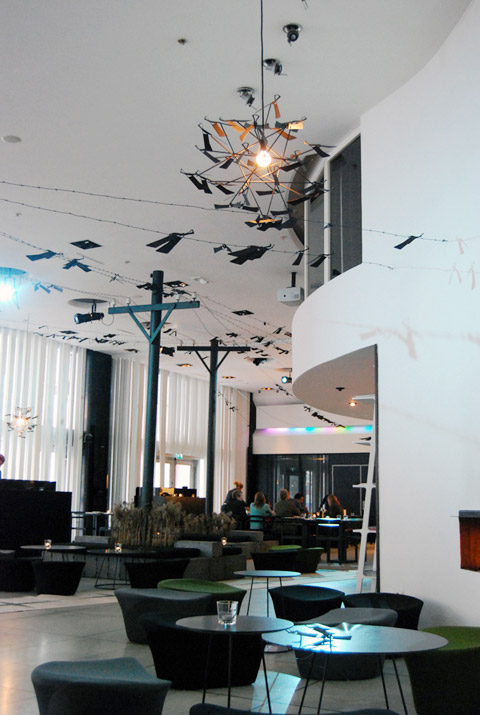 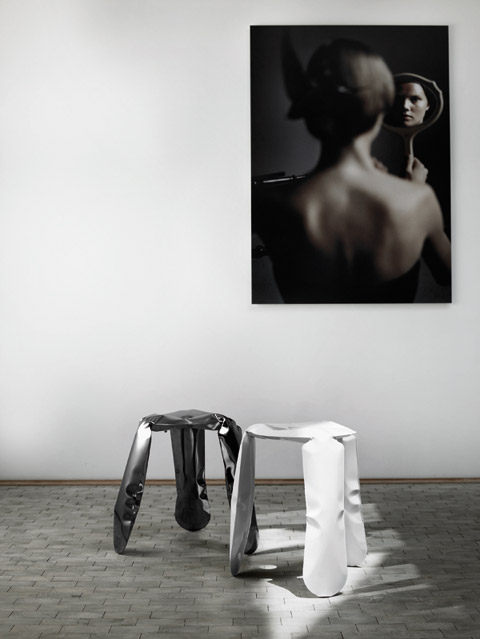 Plopp by Oskar Zieta for Hay 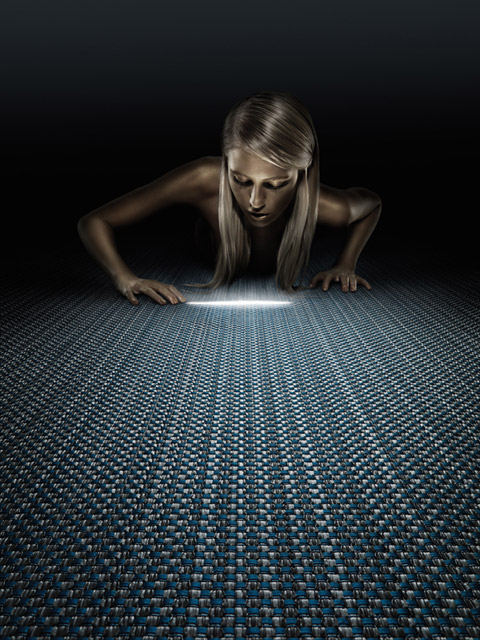 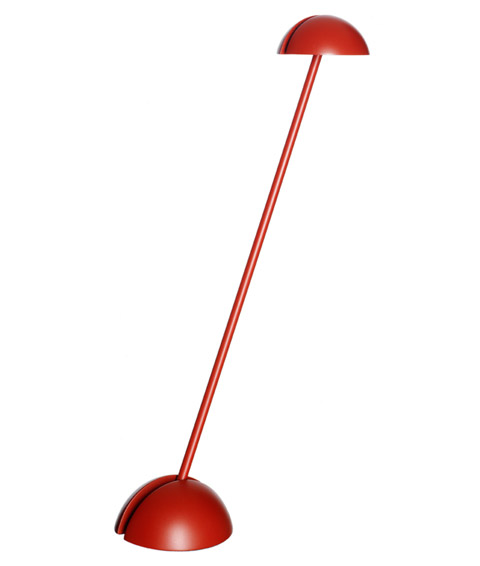 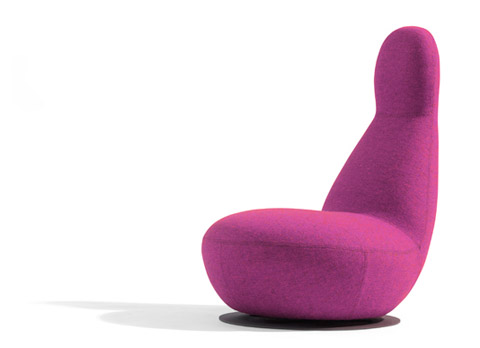 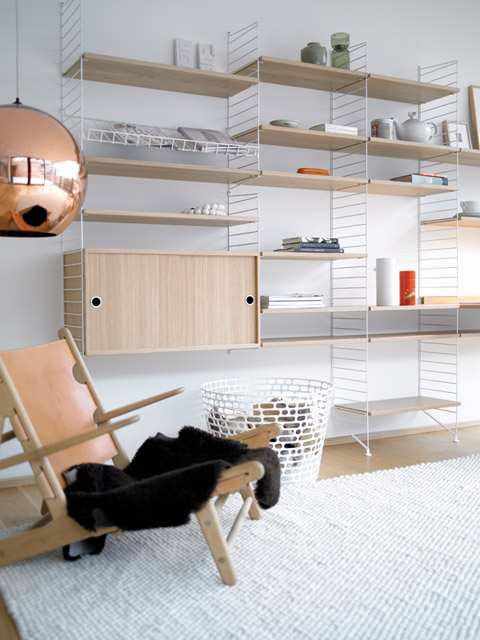 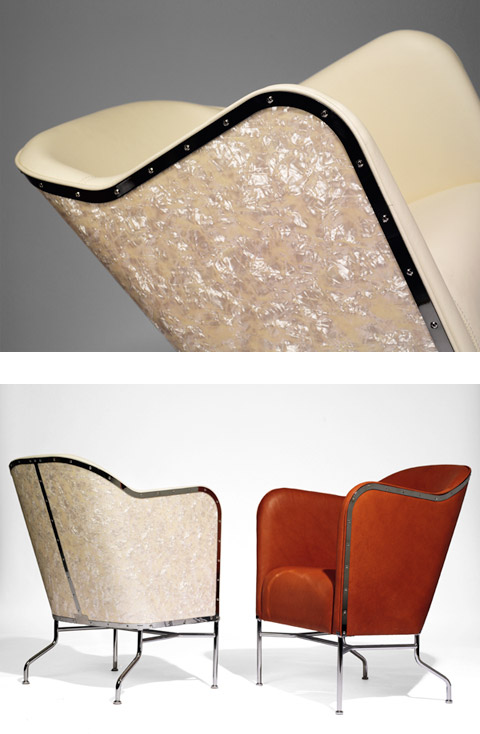 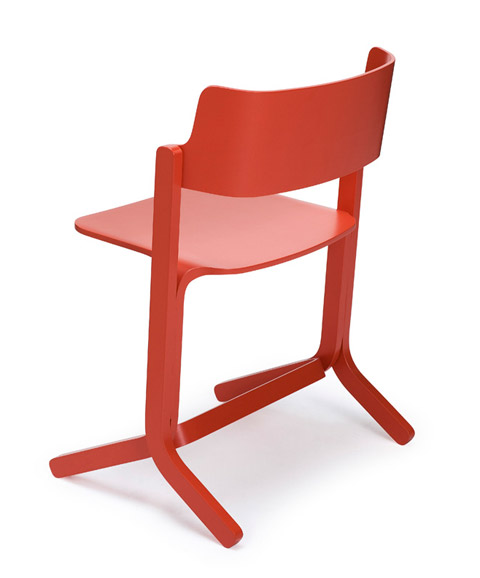 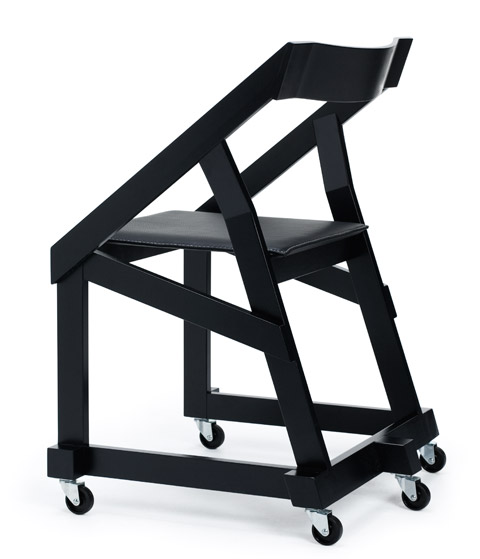