What could be more banal than an exhibition on chairs? Or so you might think before visiting Hamburg's Museum für Gestaltung, MKG. To pre-empt myself: The chairs that are presented here are anything but boring. The title itself "Ideas that sit well" shows that the team supporting Rüdiger Joppien, the long-standing Head of the Art Nouveau and Modernist Collection, were out to offer more than just a display of products; instead, they clearly sought to consider the background, which is something that it is always hard to exhibit. The seating on show here (and the range includes armchairs, two-seaters and even sofas) can be construed as the basic material for a large voyage of discovery through the history of objects for the interior, and likewise through the ideas and the cultural history of the last 50 years.

The voyage takes as its starting point the chair, that banal object ostensibly long since studied down to its very last screw or dovetail joint. However, if anyone arrives at the museum expecting simply to view a few chairs, may go home happy, but will not have taken as much onboard as is on offer. The exhibition is well worth a longer visit. The museum lobby itself boasts several current items of seating that invite you to test and rate them. In the race for public estimation, the somewhat conventional plastic chair named "Louis Ghost" by Philippe Starck and "Mezzardo", the cantilever-based stool with the red tractor seat created by Achille and Piero Castiglioni, go neck-to-neck. Even before you get to the show proper, there is a flat plastic stool called "Elephant" designed by Sori Yanagi and the comfortable "Alcove Sofa", the brainchild of Ronan & Erwan Bouroullec - presented in a highly exciting film that playfully, informatively and entertainingly outlines the first linkages and brings to mind the intentions, motivation and experiments of the designers and architects who created the seating showcased here.

There are about one hundred exhibits, or about a third of the MKG Chair Collection (which runs to slightly more than 300), now on view for the first time in a long while as a coherent assembly- but which sadly no one has been able to try out with the exception of those in the lobby. In the most recent past (another good reason for the Hamburg show) 20 superior items have been added to the Collection. In times in which the long-standing Altona Museum, located only a few kilometers away and occasionally inclined to cameo design, is simply to be closed down by a cold-blooded act of tyranny on the part of the Hamburg Conservative/Green coalition government, a truly incredible occurrence. However, the Stiftung für die Hamburger Kunstsammlungen has made possible what has for years not been possible, namely the acquisition of a series of important contemporary design objects. Because the Hamburg museums have for some years now had to budget as if they were private-sector entities and no longer part of the public sector or even (and this they in reality are) were educational institutions, the exhibition inevitably has to accept that it has a few gaps.

Yet everything started off so promisingly. At the beginning of the 1980s, the museum was not only a home to the Collection and a venue for its presentation, but also championed a new movement, New German Design, whose way it helped smooth in 1982 in the form of an exhibition called "Möbel perdu". "The concept was devised by young Hamburg designers and spontaneously taken up by the museum," wrote designer and gallery owner Claudia Schneider-Esleben in the catalog back then. The rich spectrum of the cultural upheaval in Hamburg at the time was fed by rebellious craftsmen, inquisitive designers, and enthusiastic museum staff, and a public that found a new focus for design in the public and private world. In short: There were maker, intermediaries and sellers, who were all enthusiastic about ideas for seating that initially seemed as risky as they were unusual. From the very beginning, the museum collected contemporary designs. For example, the "Parisian Room" in the Art Nouveau Collection dates back to the World Expo in 1900, which Museum founder Justus Brinkmann took as the basis for establishing his collection.

The current exhibition is a kind of test run. Given that the contents of the museum's extensive design collection have only sporadically been on show in recent years, a new presentation of the Collection is planned for March 2011. The current exhibition is limited to a selection of important seating items post-1960 and tries at least to intimate a sense of "ideas that sit well". The historical roots are in part explained by the exhibits from the fashion and poster collection. A focal point of the items exhibited is the 1980s - the chairs from that period are in the large hall, arranged by type of material used.

A small catalog in pocket-book format documents the exhibits, stating type of material, origin, and the circumstances surrounding their acquisition for the Collection, as well as specific hints for further reading on the Web. Rüdiger Joppien intrdoc ued the little book with an essay placing them in the context of cultural history.

What the exhibition sadly does not provide is any in-depth background. For example, the Panton Chair, of which the museum owns an early version in hard polyurethane foam (a donation), could be used to show how changed materials have made the chair more stable and cheap, at a price: the new surface is different and does not gleam as well. After all, design is precisely not just a matter of outer appearance, but also of other variables, such as the question of one-off versus mass production. It is great that a set of seats from the DT 2 Hamburg overhead rail coach is part of the museum's Collection - but it is a shame that this design is attributed solely to Hans Gugelot whereas the entire train was designed by a team at HfG Ulm. Designers Herbert Lindinger and Helmut Müller-Kühn as well as Otl Aicher and Peter Croy (the designers who handled the colors) are simply not mentioned. It is also regrettable that the exhibition showcases Konstantin Grcic, Stefan Diez and Werner Aisslinger as the most recent German representatives but forgets even younger ones, such as Eva Marguerre or André Klauser.

The highpoints are, without doubt, the essentially sculptural new acquisitions "Petit Garden" by Tord Boontje and "Veryround" by Louise Campbell, chairs by the Campana brothers, as well as "Bone Chair" by Joris Laarman, the creation of which saw him collaborate not only with Droog Design, but also with the New York gallery Friedmanbenda and with Opel. In the process, he used software compiled by physicist and biomechanic Claus Mattheck, who has studied the growth of trees and derived insights from this for the construction of automotive components, for example.

When Joppien left Cologne in 1987 for the Museum für Kunst und Gewerbe in Hamburg, and there teamed up with his colleague Nils Jockel to launch "Design dasein", taking overall stock of the different aspects of design.

"Hamburg was in a slightly better position as regards the acquisitions budget," Joppien recollects. "Back then, I acquired Gerrit Rietveld's ‘Rood blauwe stoel" for the museum, as I did the ZigZag Chair," followed by seating by Le Corbusier and Henry van der Velde. "Joppien, all he does is collect chairs, was soon to be heard throughout the museum. And I thus had a reputation, of kinds."

Joppien has long since made a name for himself above all as a protagonist of skilled craftsmanship. We have above all him to thank for the fact that the museum still hosts the annual arts-&-crafts trade fair in December. Next year, Joppien will be retiring. Although there is supposed to be a successor, whether arts and crafts will continue to play such an important role at the MKG definitely remains to be seen. Yet, the exhibition on "Ideas that sit well" specifically demonstrates that design and its contemporary advances rely on many sources. Here, artistic approaches take the front seat, only there to give way to craftsmanship. Not to forget the importance of technological considerations, and the aesthetics of the materials themselves. To tear up one of the roots of design for reasons of purported efficiency and superficial thriftiness is something that Hamburg definitely warns against. 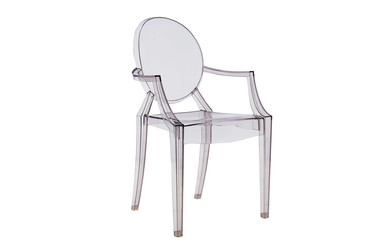 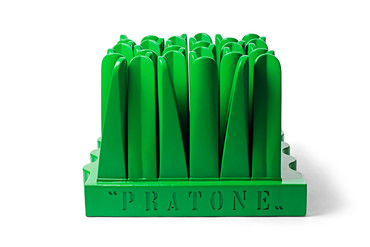