What led you to a closer consideration of the field of “flooring”? Which aspects have you focused on in particular and what is the concept you came up with?

Martin Fengel & Martin Wöhrl: “Flooring” has always played an instrumental role in our creative output. As a kind of setting, but also as an artwork in itself. By contrast, for the Domotex project we consciously rejected a “design” for the flooring, instead processing the carpeting and wooden paneling in a way that alienated the final product from its intended use. In this way, we have on the one hand transformed the fair stand into a notional art gallery, on the other into a woodland scene.

What was the greatest challenge you faced when implementing your project?

Fengel & Wöhrl: As I said, the challenge was to bypass conventional processing methods and to create something entirely new from the materials we were given. Something that would have previously been quite unconceivable to the manufacturers, craftsmen, designers and customers.

Do you have a favorite type of flooring – both personally and from a designer’s perspective?

Fengel & Wöhrl: Both personally and from a designer’s perspective: oak parquet and concrete screed. 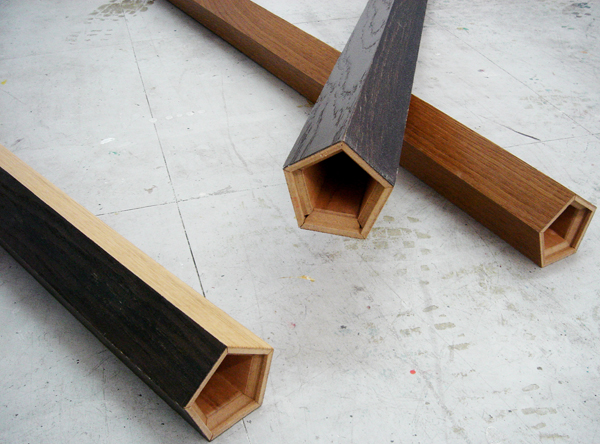