The "Venus Chair" by Japanese designer Tokujin Yoshioka is definitely not comfortable, that's for sure. But it does sparkle as magically as if he had stolen it from a goddess. Such a divine appearance, such natural origins, the chair is made of tiny crystals which grow on a basic polyester fiber structure. The support material is immersed in a large water tank in which a special mineral has been dissolved. This gradually deposits on the substrate - and thus grows the Venus Chair. Yoshioka is actually only responsible for the first part of the process, the second part he leaves up to Mother Nature who requires about a month to complete her task. And there's no rush since these are one-off pieces. Today, you can conjure up all kinds of things with a computer, explains the Japanese designer, outlining his concept. A shape created by nature, however, is more beautiful than we can imagine.

Yoshioka already used crystals in earlier projects, for example his design for the Swarovski flagship store in the Tokyo district of Ginza. Also the fact that he chose a chair as the basic form for this experiment should come as no surprise. Following the Honey-Pop Chair of 2001 and the Pane Chair of 2006, the designer has moved a step closer to a self-generating design with his Venus Chair. With the Honey-Pop Chair, a stack of thin paper was specially cut so it could be folded out like an accordion to form a seat. When someone sits down on it, the chair adjusts individually to the shape of the user's body. In the case of the Pane Chair from 2006, Yoshioka used a synthetic fiber block as the basic material, kneading it with his own hands, put into a baking form and baked in an oven. Now he is taking the chemical reaction a step further with his Venus Chair: The design is created not by changing the consistency but by actually growing it.

If you would like to witness the growing of the chair live, all you need is a plane ticket to Tokyo: You can marvel at the production process and the chair itself until January 18, 2009 at the exhibition "Second Nature" curated by Tokujin Yoshioka in the exhibition hall 21_21 Design Site. 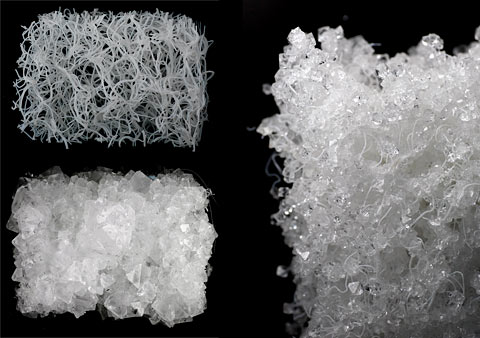 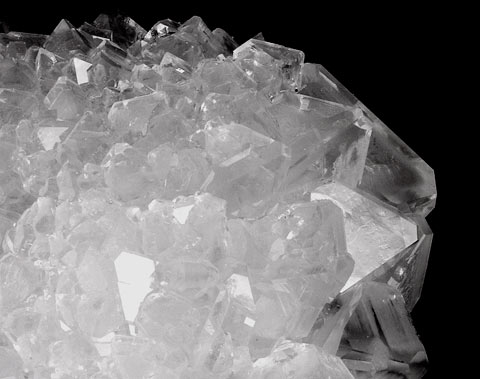 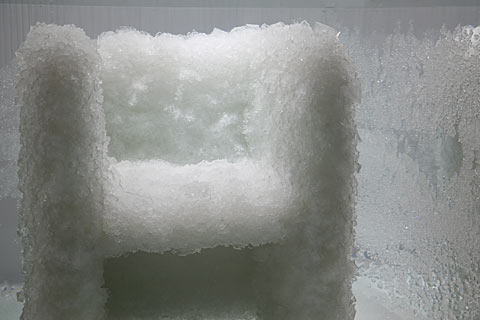 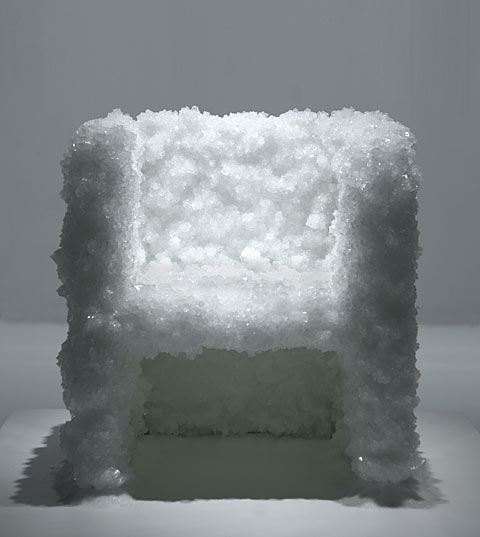 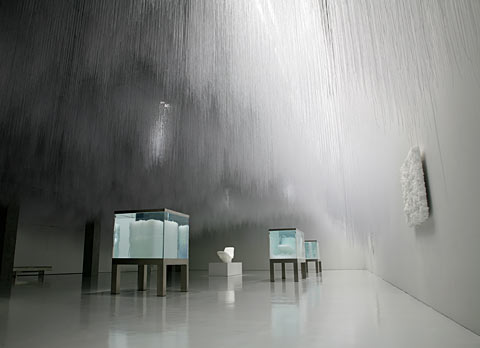 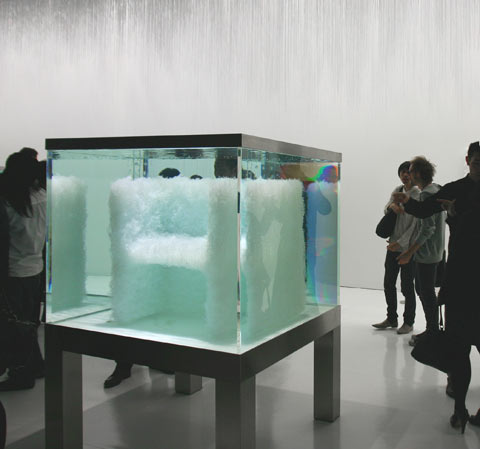 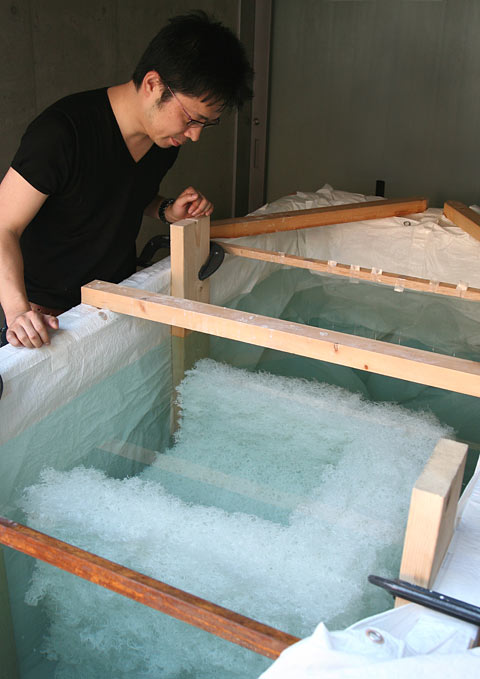 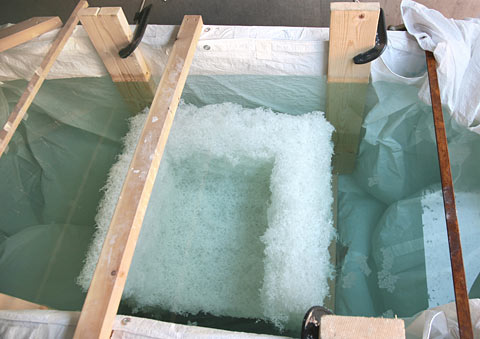 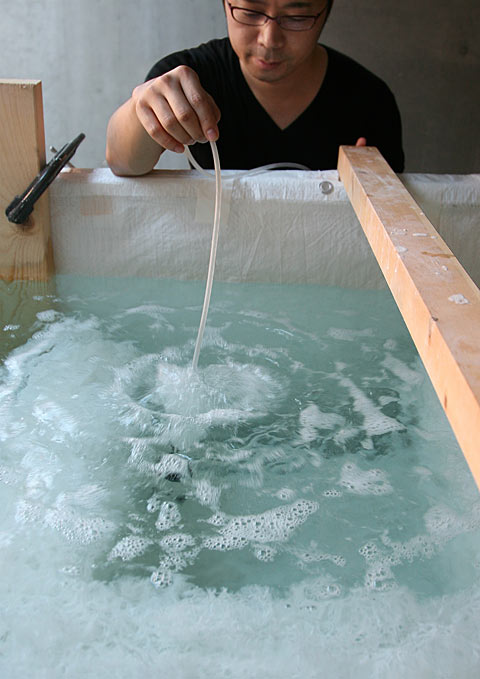 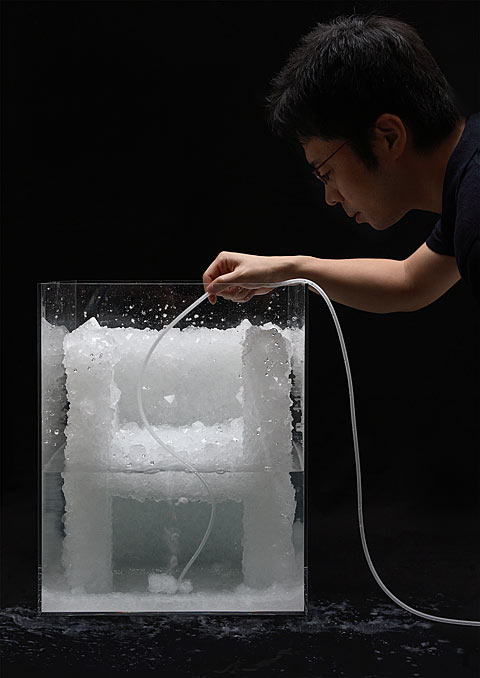 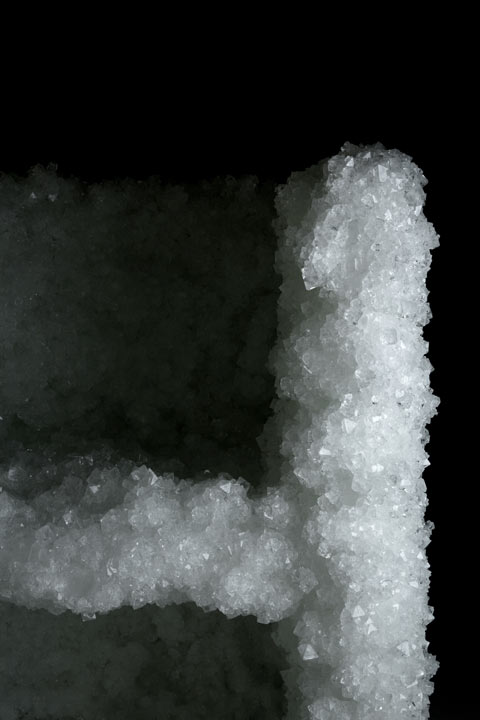 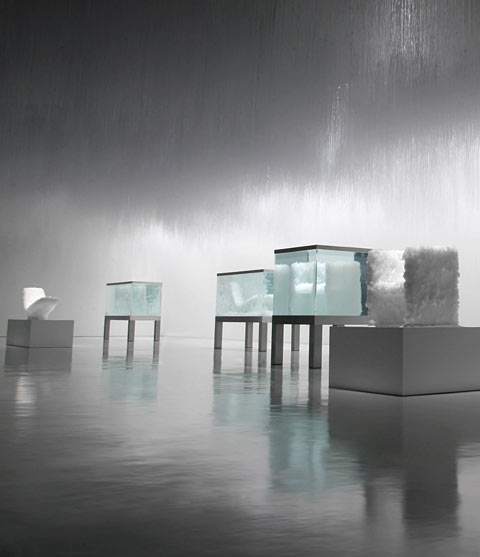 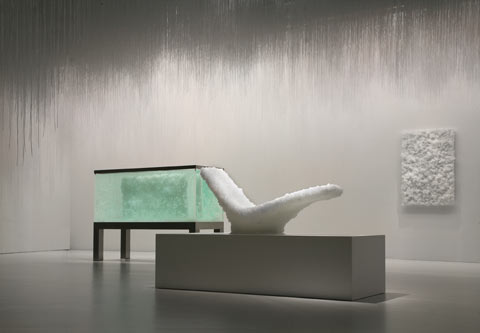 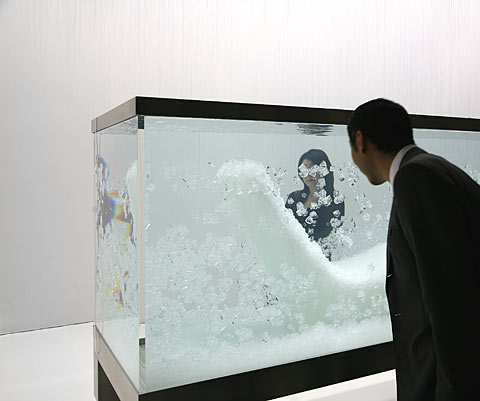 VENUS chaise longue in an aquarium 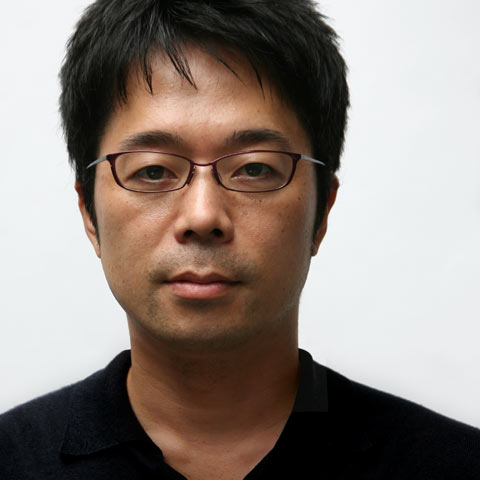