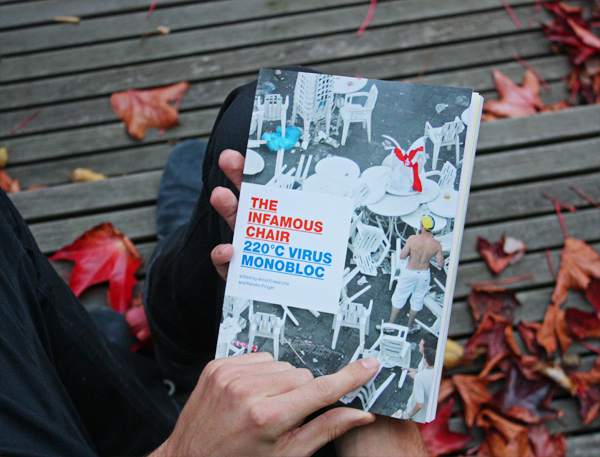 It is strange. The one or other graphic designer who has the talent to enhance content with visual refinements may rely not just on his or her sound abilities. There would appear to be doubts whether the power of his or her craftsmanship will suffice. Thus it is that in order to legitimize a book a text has to be added. The latter always promises the "content", and in this way you no longer have to rely only on the form. The snag: compared with visual beauty, from the viewpoint of the graphic designer text has a disadvantage per se: It does not really buzz of its own accord and therefore has to be "designed". And this is where the problems start. For example, font colors that do not deliver sufficient contrasts; you swiftly avert your eyes. No person can read stuff like that. Which would be alright in itself. After all, it involves only one text in the book „220°C Virus Monobloc". Unfortunately the best that Hejo Eickhoff contributed. Unfortunately the problem continues in the form of a layout that does not go with the book's binding. It's almost impossible to open the book. Even if you're really violent, twist and tug the volume, you still can't get the text and image really in such a way that it's easy to peruse. If you don't shed all you inhibitions and wedge the book open with bricks, it simply closes before you have got any further. Irrespective of who it was, someone failed here, be it the graphic designer, the production team, the editor, the publisher or some cheap printer in China – only the makers themselves probably know.

This is above all annoying because the content is highly intelligent and definitely deserved prime presentation. After all, the editors offer a completely angle on things. With their book they are creating a monument to what is presumably the most hated item of furniture among designers: the Monobloc chair. Produced millions of time, it is the probably most widespread symbol of cheap, standard and serial monotony. Boredom-turned-chair, as it were. Meaning the opposite of discerning design, high quality and refined utility?

The technical description of this item of mass furniture in itself speaks a language of utility. It can be stacked, is easy to clean, weatherproof, light, cost-effective to produce, and therefore also a viable option for the less well off; long is the list of its advantageous properties. Added to which the monobloc chair not only promises, it delivers. It redeems the promise made to little avail and mainly rhetorically by so many noble designer minds. After all, the idea of democratic design is as old as is design itself. Surely this was the very idea underlying the first piece of genuine design furniture, Thonet's coffeehouse chair? It was there that the division of labor started in the production and design, and it was there that the conquest of the mass market started. What came afterwards was always in the shadow of the bentwood furniture. To this extent it is not quite comprehensive why the cheap plastic furniture always came up against some false snobbery. No, the monobloc chair is perhaps more of a design classic than the one or other sculptural chair of the last hundred years. It definitely deserves a beautiful book.

The at the time completely unknown female designers who joined forces under the name of "Front" (and are now very well known) opened our eyes to the monobloc's qualities. They augmented the properties of the cheap furniture for the café of the Tensta Konsthall in Stockholm. Sleek-fitting leather upholstery turns the banal plastic section if not into a throne then at least into a seating item that suddenly seems incredibly up-market. The office chair version with a castor-base, spanned wires and legs tied together speaks of a different spirit. Here, the young designers lay the foundations of their work, that first provides real results when the user lends their ideas grater form: permanent change through use, not through the diktat of design. Without this intelligent campaign the monobloc chair would perhaps to this day not yet have appeared on the design stage.

In the book, authors Arnd Friedrichs and Kerstin Finger knowledgably assemble a total of 26 different design approaches, concepts, experiments, not to mention new chairs using the same production process. The broad spectrum even includes, for example, the repair work undertaken by French design quartet "5.5 Designers". Specialized in letting the users have the last say, they re-arrange used and broken items, provide a basis for DIY that have caused a real stir under the heading of "A Hospital for Furniture".

After a few pages you start to realize what it was that so captivates people about cheap furniture. After all, Jens Thiel runs a vast Website (functionalfate.org) dedicated solely to the monobloc chair: The diversity that arises from monotonous mass production is the answer. This is what fascinates the makers, the researchers and the activists of this cheap furniture. The sheer array of variants, the creativity and the enjoyment of the new are all compelling. Precisely this is what is so sorely missed among the noble furniture designs in the established markets. And so it s that we suddenly encounter the monobloc with a tubular steel frame by Rebecca Ahlstedt. Not to forget that furniture can even morph into a medium. For Marti Guixé the chair becomes a screen projecting more or less important messages. Tina Roeder experiments with perforations and thus acts to destabilize the surface. Dutchman Maarten Baas toys not only with the look of the plastic chair when he has it made in wood. And his American counterpart uses design to turn the object into a seemingly cast-iron object. And so on and so forth.

One clear exception: the chair by Konstantin Grcic, which has absolutely nothing to do with the cheap image of its siblings. "Myto", developed by BASF and Plank, may simply be a plastic chair but as a cantilever-base chair it combines the qualities of a design classic with mass-produced goods. So this is what the pinnacle of current trends in the field of chair design look like.

To recap: There are books for people who like to read, and there are design books. Often the latter are above all one thing: beautifully made, but not a good read. That is the case here. In terms of content, it is well worth reading. But the book's design is certainly not convincing. Unfortunately, as the monobloc definitely deserves a thoroughly successful monograph. 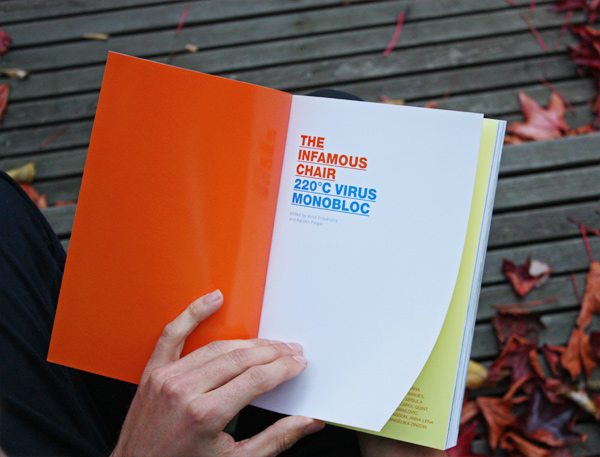 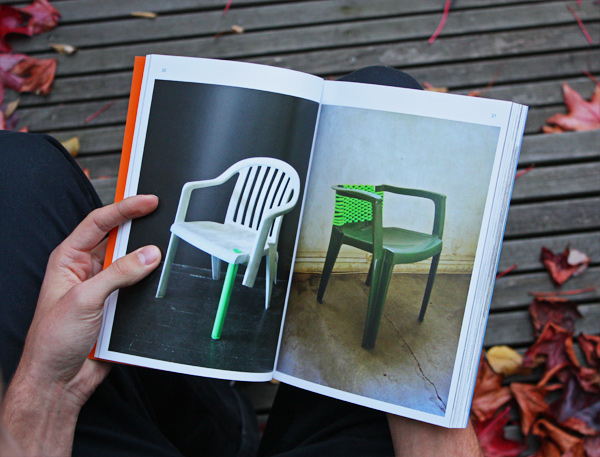 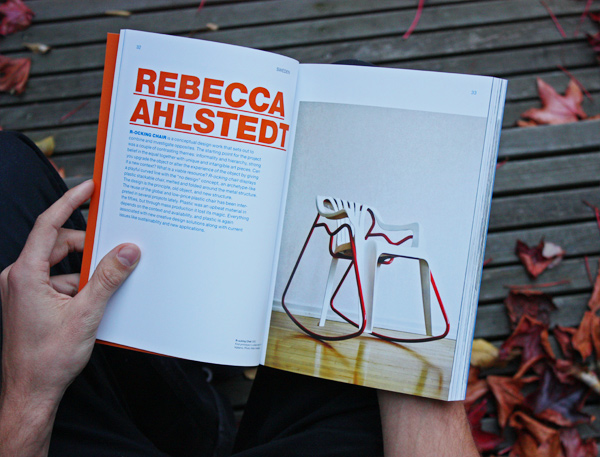 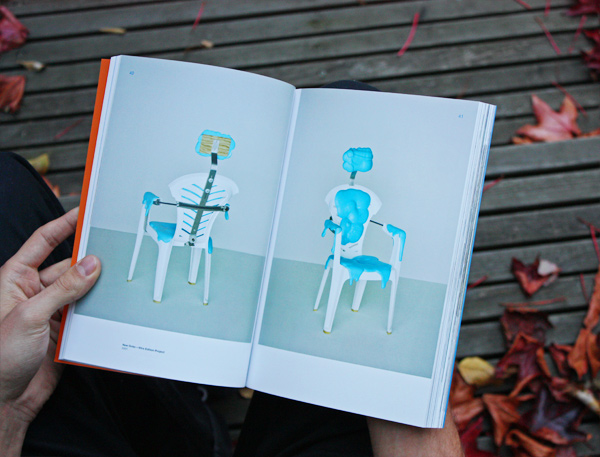 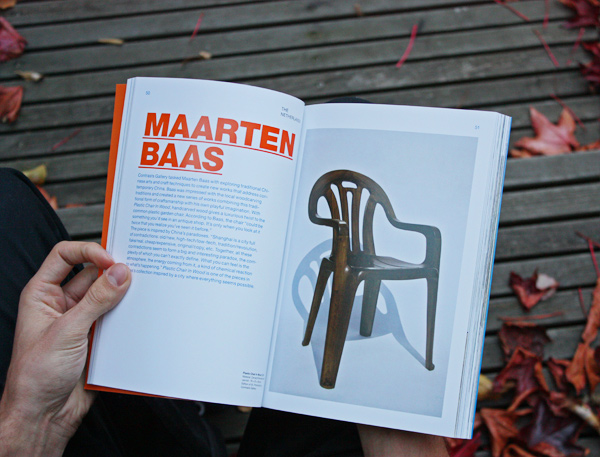 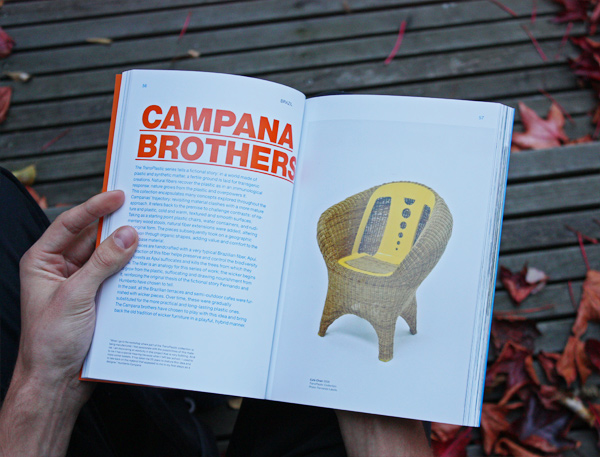 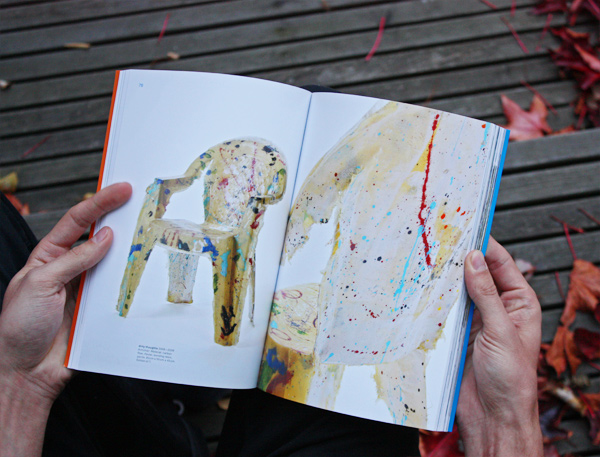 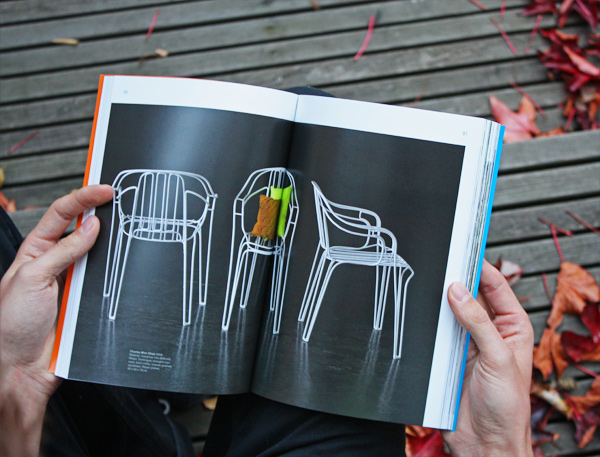 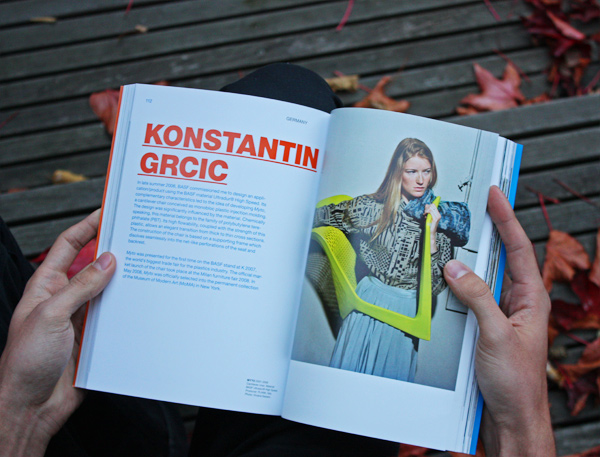 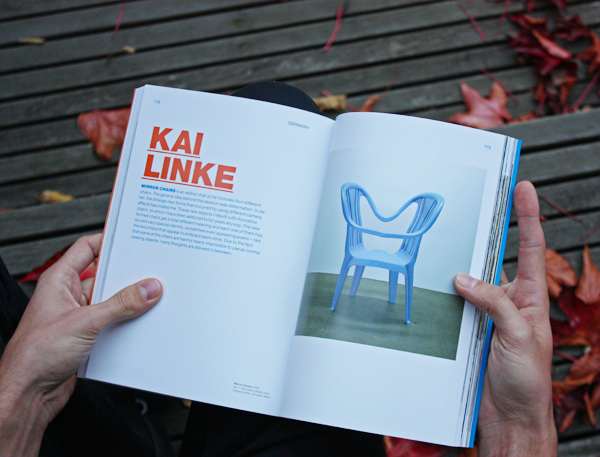 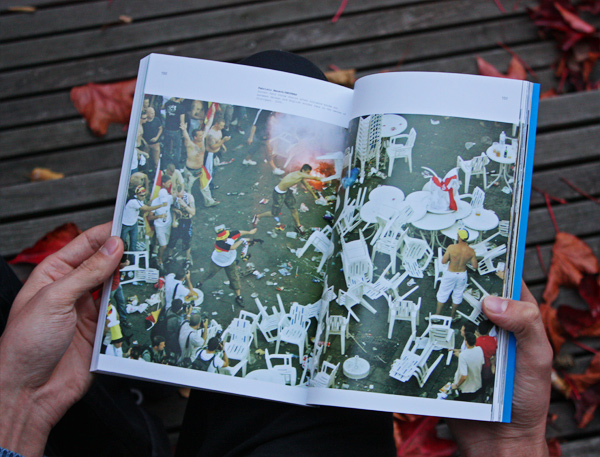 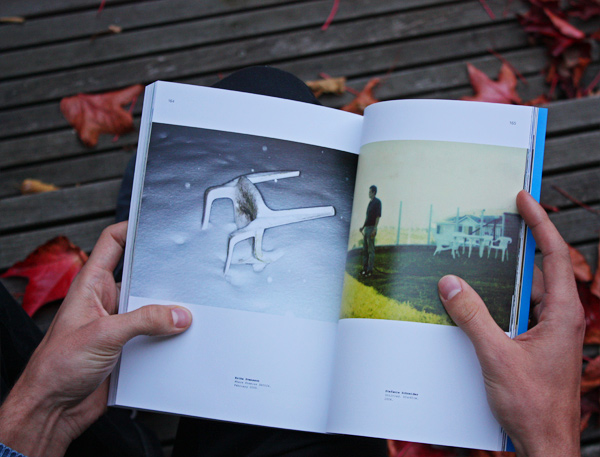 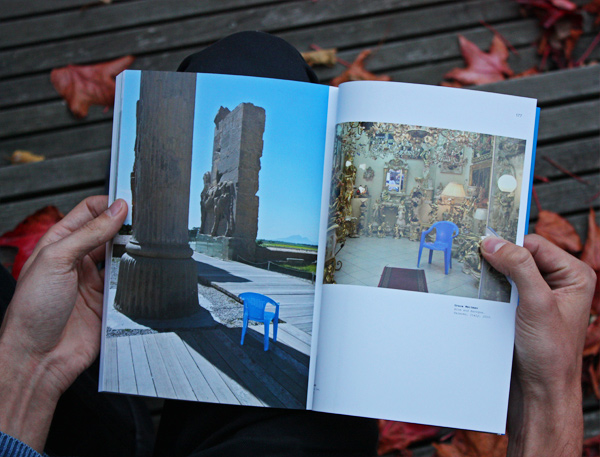 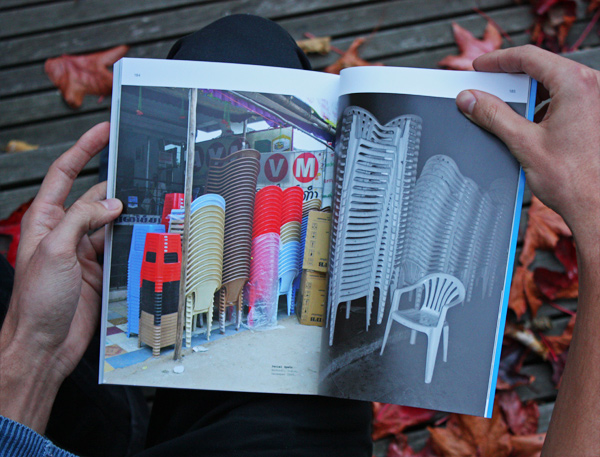 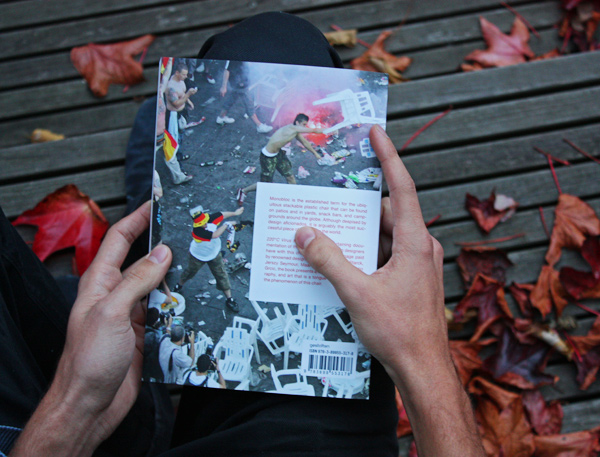