What do your children play with? Do you buy them Lego Ninjago or wooden toy building blocks? And will that influence their future?
by Fabian Peters | 5/4/2017

It is not new knowledge that in the case of children much and not least their aesthetic education and sense of taste evolves partly in response to their toys. In this regard, the parents evidently bear some responsibility for the choice of toys. So what today is the “right” toy? Does a child learn best from good examples, from well-designed objects? Or is it only the creative drive involved in making and shaping things themselves that trains technical skills and an aesthetic feel for things?

The child gets to know a world in miniature

Traditionally, miniaturization constitutes the signature property of toys. A world on a smaller scale is intended to place its shape and characteristics truly and literally in the grasp of children. Astonishing artworks have arisen as a consequence: Märklin in Göppingen once manufactured complete ocean liners and other mechanical marvels from tin. And Joseph Maria Olbrich built an entire miniature Art Nouveau villa in the park of Schloss Wolfsgarten for the daughter of the Grand Duke of Hessen Darmstadt. This was the most perfect of opportunities to do what all miniaturization is intended to offer kids: the chance to play the life of adults and imagine themselves in the world of the grown-ups. Needless to say, in the process, the youngsters develop taste and values at the same time.

So what is disconcerting about the fact that Ramberg-based toymakers Klein now offer high-grade consumer articles perfect small-scale version of what Mom and dad use round the house, from Braun hair tongs through to the Weber BBQ? And Klein not only imitates the respective object, but also the original brand packaging. What is so unsettling is the fetish character that the brand is given here as a new status symbol. It evidently pays off for the manufacturer to acquire the licenses from the respective OEMs, because Klein can then sell the pseudo-Bosch power drill and the miniaturized Vileda cleaning bucket at a higher price than could be obtained for a toy without a logo or rather with the Klein logo alone. Not the quality of the miniature counts, but the image and status of the original. The child user can therefore no longer relate to the object over and above the linkage of brand and product.

It’s not surprising that children want to see their everyday lives realistically depicted in toys. After all, they know only that, and they understandably are not sentimental as regards the old. To this extent it is only logical that Playmobil tries with its new toy house to approximate the everyday lives of its small users as closely as possible. The no-frills archetypal chair, table and bed that were once on offer have long since been discarded. Each item of furniture for the new toy house seems to have been created by a designer. There’s no getting round the fact that the toy house has been outfitted with the will to be tasteful: The parent’s bed has elegantly curved legs, the dining chairs with a design based on cylinder-like volumes seem to come from the latest international furniture fair, and in the bathroom there are of course contemporary washstand washbasins. The house is in fact a fairly perfect representation of present design. Anyone who wishes in 50 years’ time to ask what a well-heeled middle class interior looked like in the second decade of the century (or at least how such a stratum wanted to live), can find the answers here. And this makes the toy house so perfect for kids, as they only know the present. Is it the right approach to take pedagogically? Or does it direct taste only in one direction?

Growing up in a predesigned world

With his famous toys, building blocks in plain geometrical shapes, back in the mid-19th century, Friedrich Fröbel, the father of the kindergarten, created the prototypes of pedagogical toys. Fröbel’s basic conviction was that children should learn to grasp the world using these simple blocks, and many still share this view. However, it is getting ever harder to apply the pure doctrine as wooden toys (and they are considered pedagogic toys per se) ever less resemble simple blocks. Here, in many places the predefining hand of the designer is to be discerned. For example, the new main railroad station for the Brio wooden toy railway that has stood in kid’s dens for decades now is an elegant building with a vaulted barrel roof and little pillars. Is that simply good design or condescending instruction in good taste?

Reconstruct instead of invent

For many years parents felt Lego, the Danish maker of plastic building blocks that can be combined at will by clicking them together, was a very pedagogic and decidedly unobjectionable toy. Lego bricks were thought to promote the child’s creativity and given their Nordic origins were also relatively innocent of and tainting by US consumerism. Remarkably, hardly any other company today conducts such a professional integrated multi-channel marketing concept to sell children 8and parents) worldwide the same narratives in the form of films, books and toy figures. Lego has long since given up prioritizing the creativity of the kids who own the sets. The original collections of bricks that children used to invent their own buildings and scenarios, have long since morphed into multipartite sets that kids have to assemble carefully to plan. And to make certain they know exactly what they’re supposed to play, Lego provides the story – by film, TV series or comic. The respective imaginary worlds are called things like Ninjago and Nexo Knights. Or Lego buys licenses from Hollywood, e.g., for Batman or Star Wars. The children’s game thus becomes fan fiction.

A few years ago, the Danish company returned to its roots with the Lego Architecture series for adults, offering models of various architectural icons and a huge building set called Architecture Studio, boasting only white bricks and enabling hobby architects to realize their own architectural visions. However, the series has since moved away from imitating discerning architecture and more in the direction of kitschy souvenirs. Other makers have filled the breach. Ireland’s Arckit, for example, offers a system that addresses architects and young people: using the differently shaped bricks you can build complex architectures. Which of course is not cheap, as the entry-level set costs about 100 Euros and the largest set 320 Euros. Whereby the latter gets you pieces from which you can create the model of a house with a footprint of 360 square meters and, if so desired, add curved glass facades and roof terraces. These kits are pretty ideal precisely for older kids who may already be interested in architecture. By emphasizing less the aesthetics and more the technology, they also appeal to a quite different target group than do the technical kits for the same age group.

Australian company “The Little Architect” takes the opposite approach and also offers a slot-together brick kit – destined for toddlers. It features only a handful of different shapes. Like with Lego, the bricks lock together, but not by burls and rather using short louvers. So they don’t have to fit together flush, but can be shaped to create arcs, for example. The bricks are available in large sets, ranging from 600 to 1200 bricks. The company also offers sets for 3D buildings and other sets for 2D structures. The latter involves the infants creating pictures from the bricks – the images come with the box.

Is such a simple toy really going to be able to bowl kids over today? For often the curse of didactic toys is that the target group often does not really like them. After all, no one should expect that a generation that is growing up with iPads is really going to get a handle on reality only using Fröbel cubes or super-simple building kits. Children want to copy and want their toys to enable them to play at their lived reality, namely that of the year 2017. To this extent, parents should focus mainly on themselves when it comes to educating taste. Because their kids will only appreciate well-designed objects if they have grown up watching their parents doing the same. 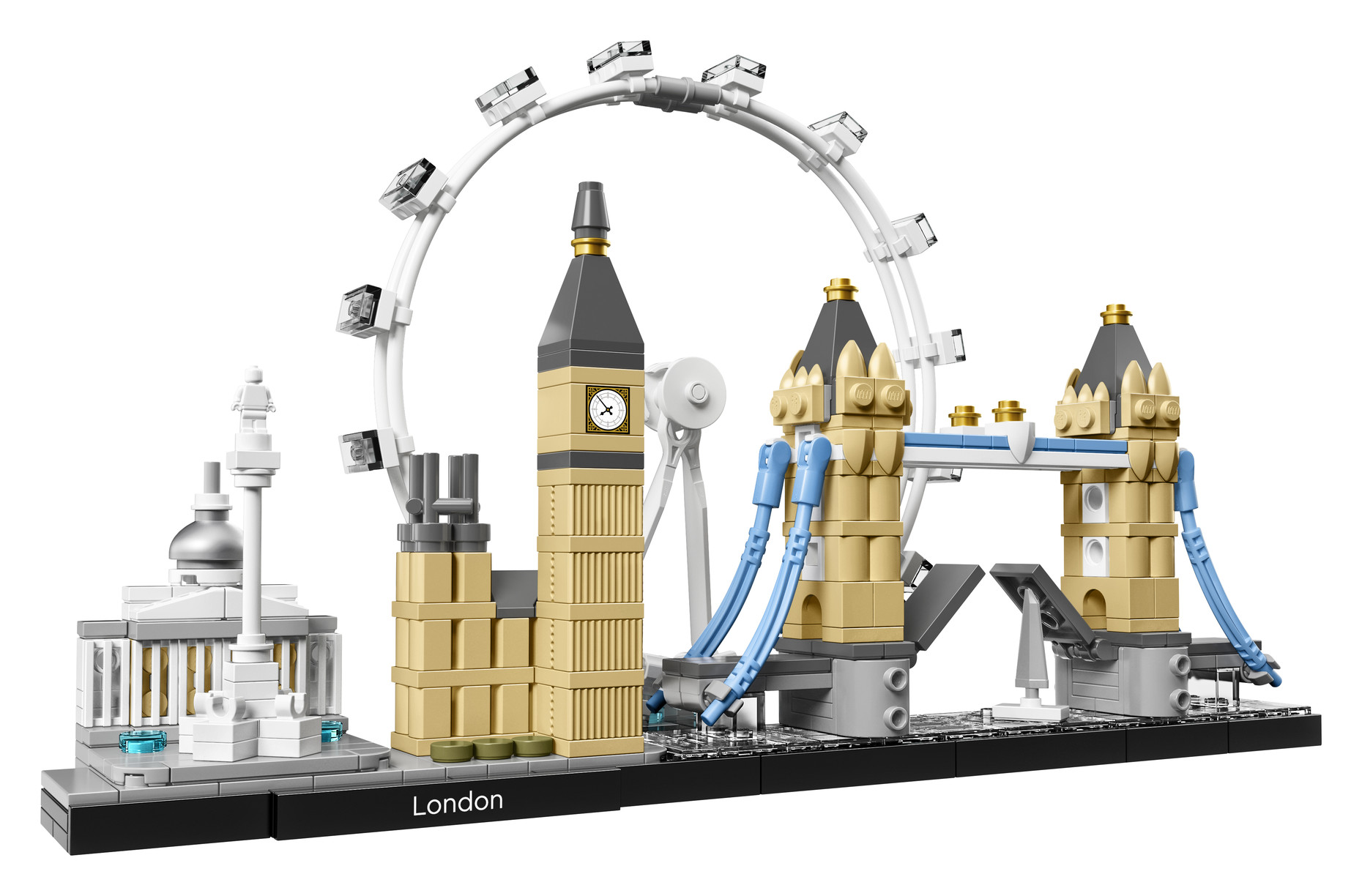 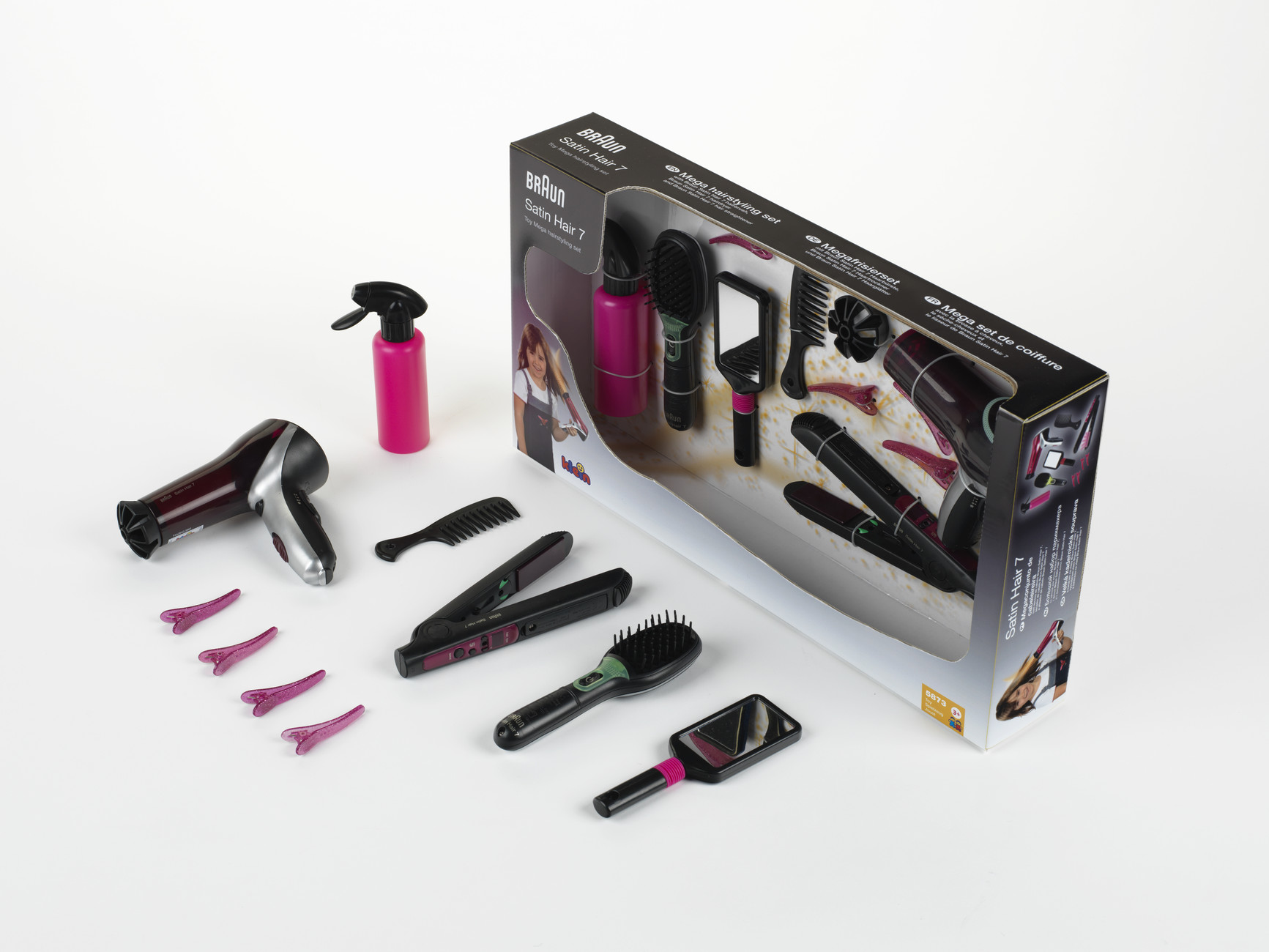 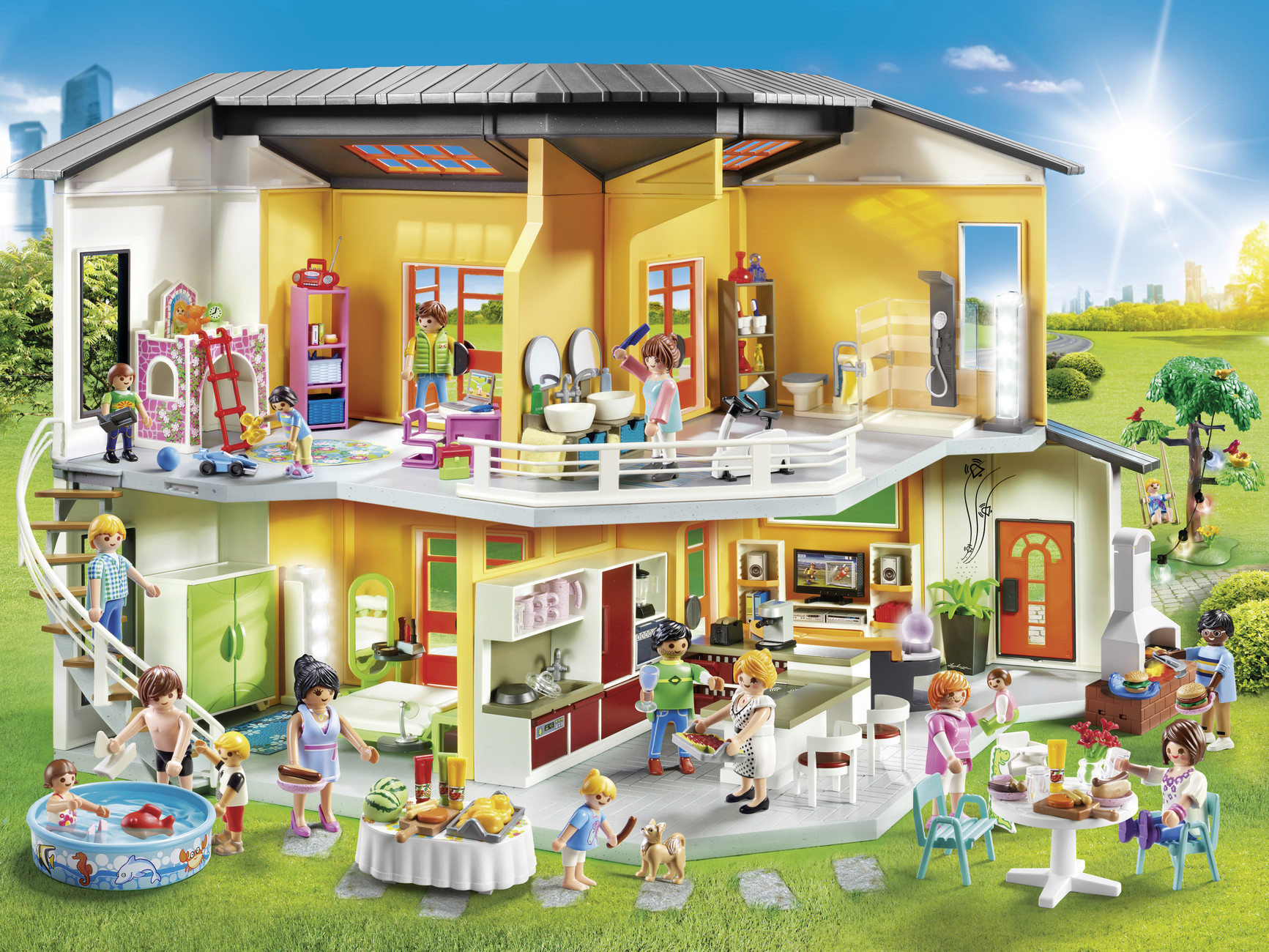 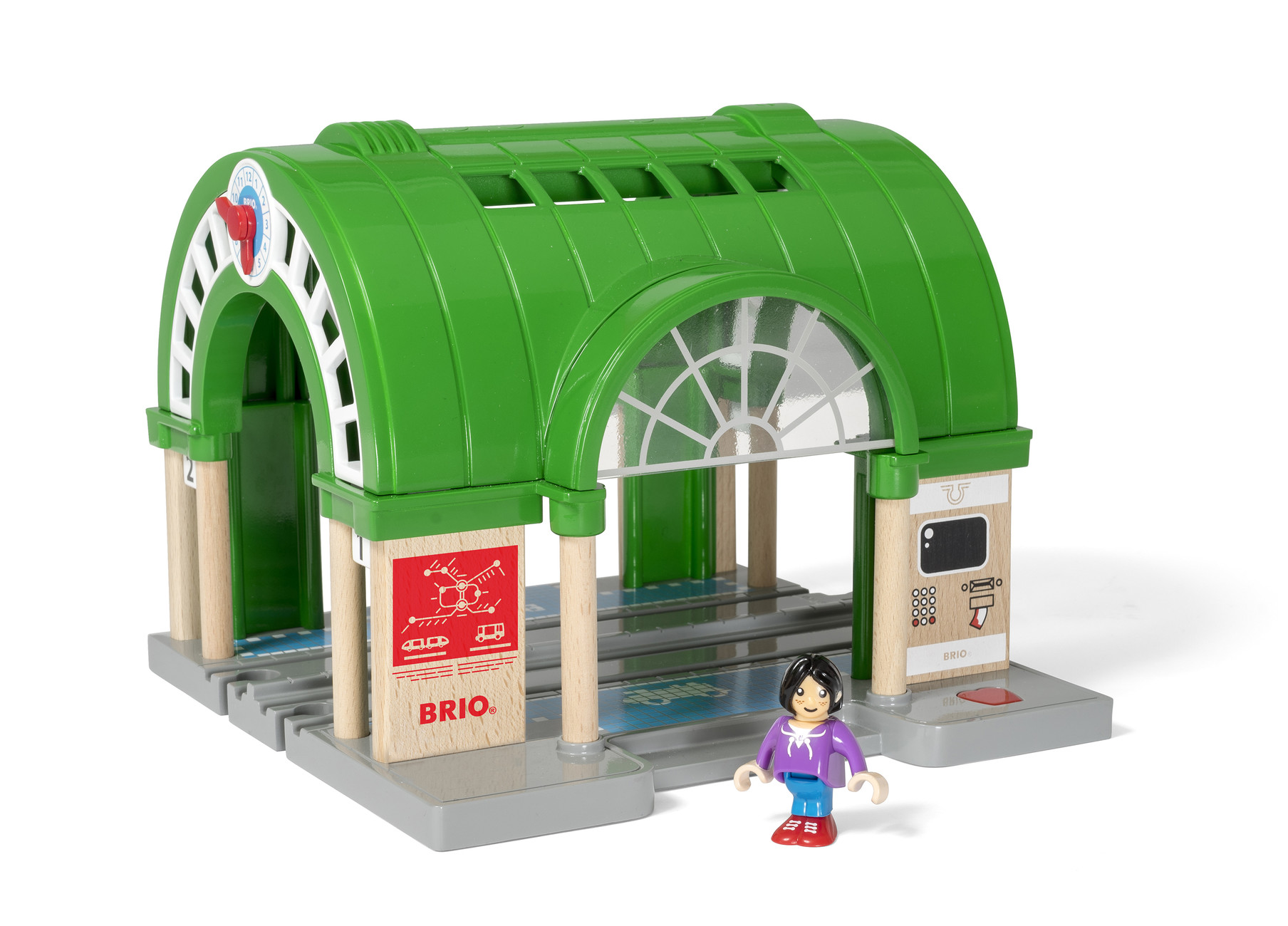 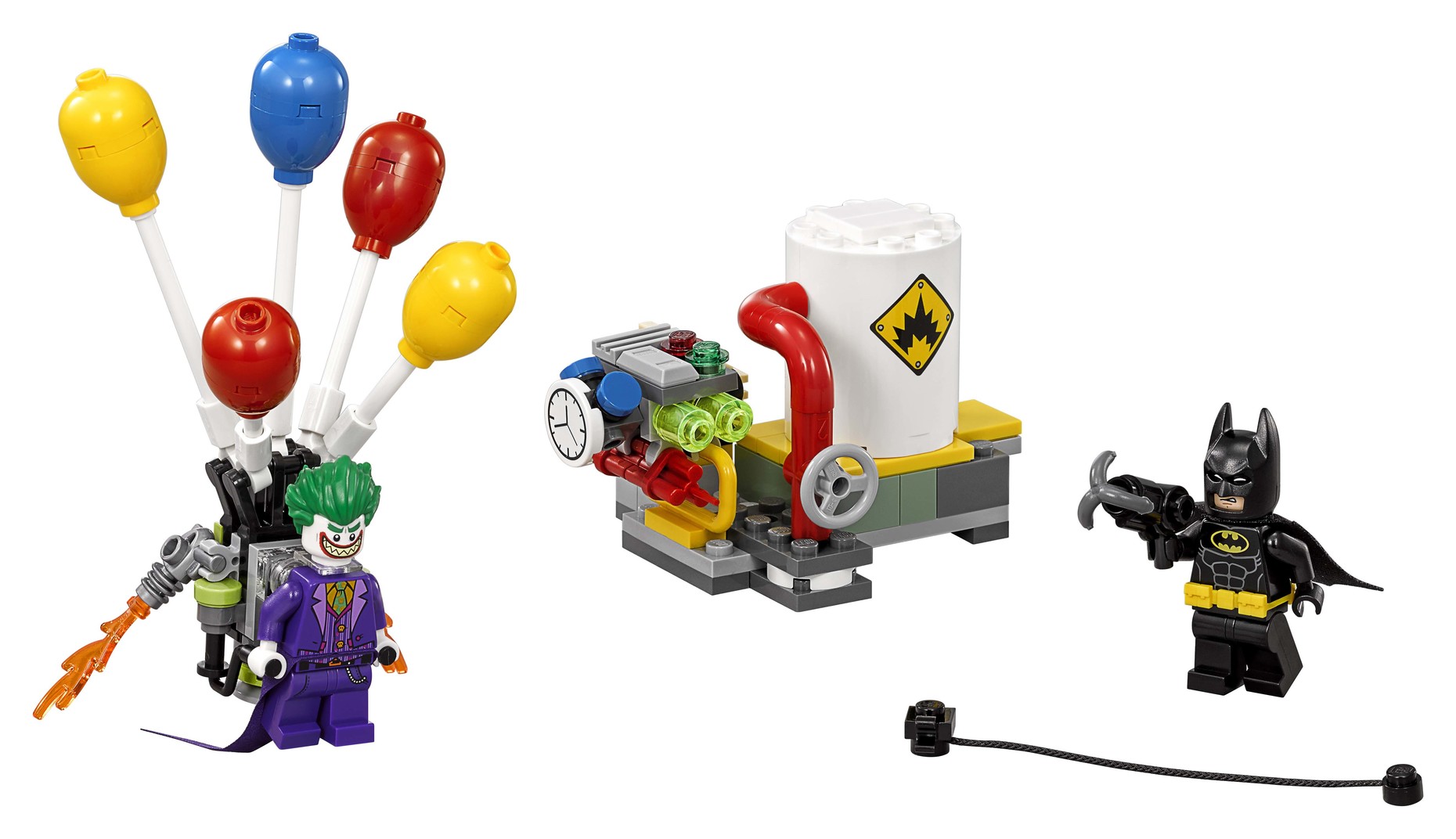 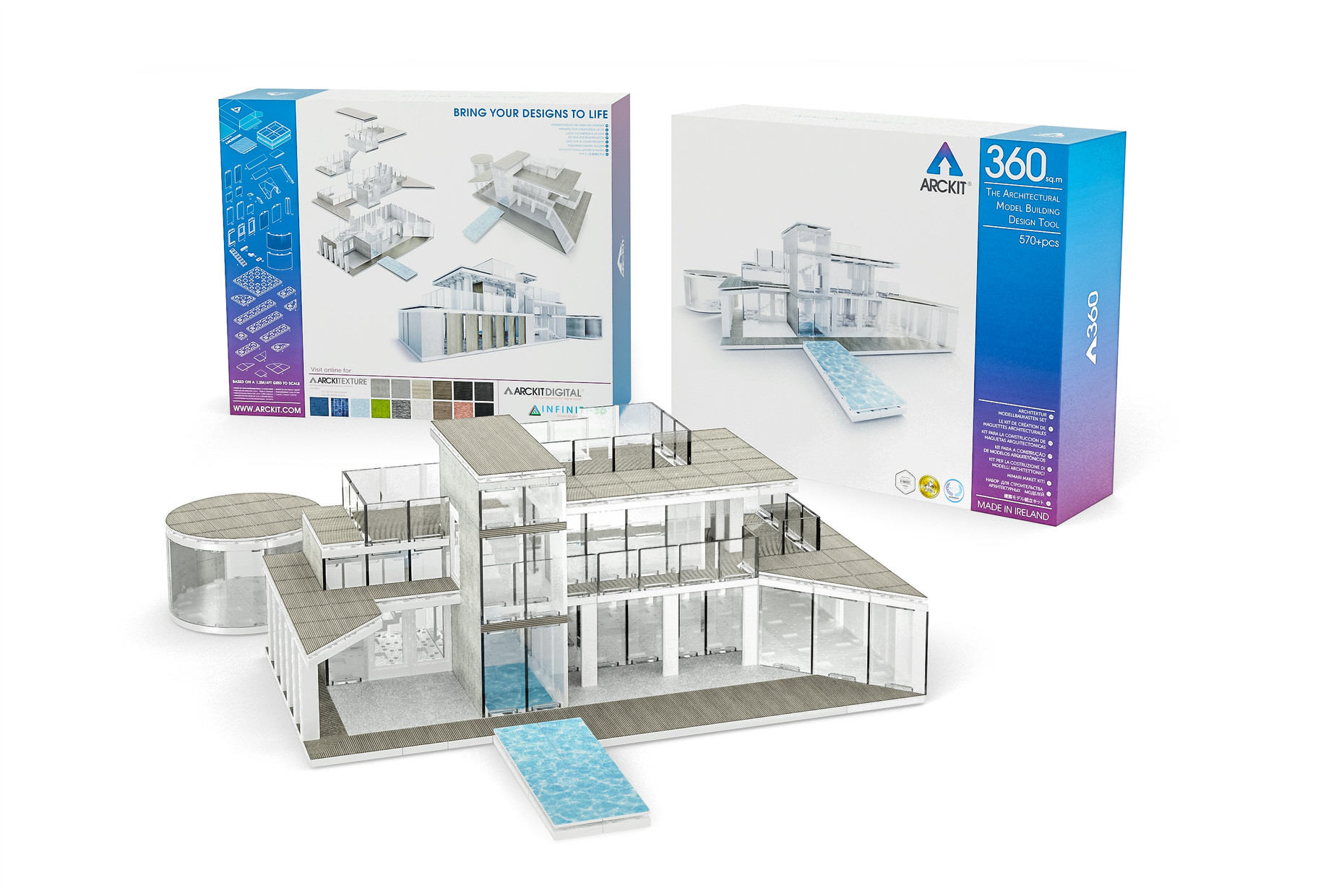 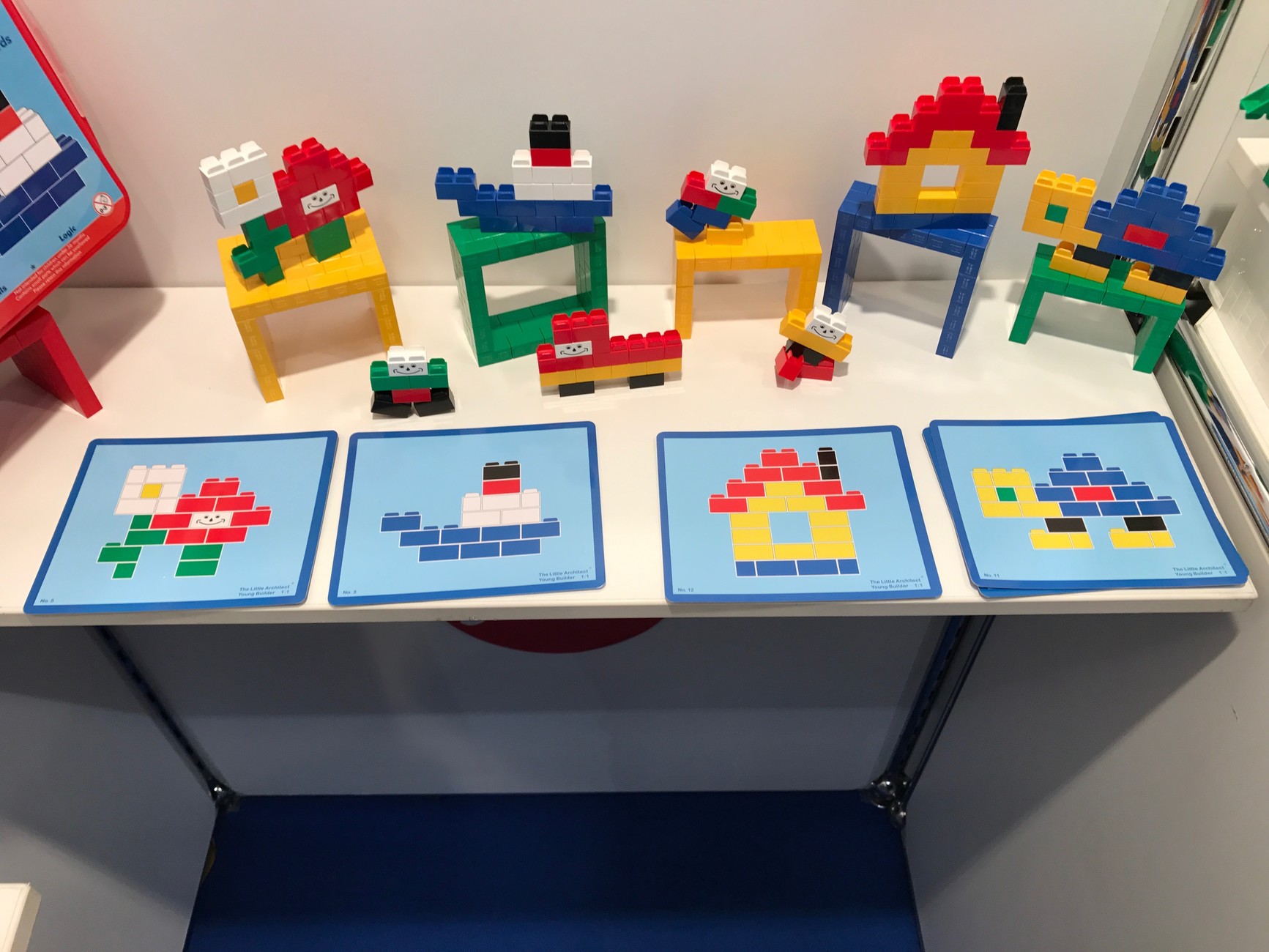