They would make the perfect pair for a game of Architecture Memory: the massive, and decidedly un-monastic looking Monastery of Sainte-Marie de La Tourette von Le Corbusier dating from 1955 and its doppelgaenger, the Boston City Hall designed by architects Kallmann, McKinnell and Knowles, inaugurated on a snowy New Year's Day, namely in 1969. While Le Corbusier's late project has become an icon frequented by architects, its doppelgaenger is gradually looking death in the eye. In America, the massive civil monument, one of the 20th century's last BIG city halls symbolizes like no other the errors and provocation of an architectural style never ever really loved by the broad masses. Many Americans find the expansive "sculptures" of so-called "Brutalism", with its puristically displayed far-faced concrete so alienating that it would be nothing less than a miracle if this form of Late Modernism, so strongly influenced by Le Corbusier, were to gain a firm place in the annals of architectural history.

If you were to heed what the inhabitants of Boston say, then no doubt you would find yourself having to tear down the city hall, which weighs 90,000 tons. In America's oldest metropolis, where traditional brownstones set the tone and civic outlook is closely linked to America's colonial past, the take on a Modernism imposed from on high was from the outset difficult. Today, the opposition to the exemplary building in Boston is more or less a popular sport: Many find it hard to imagine something more ugly. Anyone who asks locals about the City Hall, which stands in a prime location next to the harbor, will soon get the feeling that 40 years ago the city was fobbed off with an ugly duckling.

Urban memories are short and selective. Like many major acts of Brutalism (and there are indeed plenty in the USA) the impressive Boston City Hall remains foreign in its setting and was never really accepted locally. Boston's City Hall stems from an age of radical urban utopias. In an effort to turn them into reality, in many US cities the demolition crews were called in and even in Boston, one of the few US cities not planned at a drawing board, the path was brutally cleared for highways that ran straight into the CBD. Many of the old, densely built districts had to give way to a purportedly more modern understanding of the city, to the extent that they survived the wrecking crews many have since morphed into tourist attractions. Thus, in downtown Boston the district around Scollay Square, derided for being dirty in the dual sense gave way to a gigantic municipal government zone. The new city hall, based on a master plan by architect I.M. Pei, was to be the flagship of this Government Center. The idea was to create a symbol for a "New Boston", intended to have the effect later sought in Bilbao, where Frank Gehry triggered the transformation of an entire district with the his design for a Guggenheim dependence, whereby the new museum enhanced the image of the entire city. Although it is now hard to imagine, the Boston City Hall was a signal for a new beginning, without which, or so many suggest, the capital of Massachusetts would never have emerged as such a strong hub for education and innovation.

At the first presentation of the design, the brainchild of the at the time completely unknown architectural office of Kallmann, McKinnell and Knowles, which had been selected from among 256 companies, the then Mayor John Collins was gob-smacked. His commentary was simply: "What the fuck is that?" Nevertheless, the dramatic new identity dreamed up for the city was built: Nine storeys high and embedded in a plaza a full four hectares in size shaped to emulate Siena in Italy. TIME Magazine called the building one of the most spectacular major projects per se and in 1976 a group of experts from the "American Institute of Architecture" voted Boston City Hall among the six most important buildings in the United States.

Today, it picks up no awards. City Hall, which to add insult to injury was voted "the world's ugliest building" last year by the "VirtualTourist.com" portal, has not been renovated in the 40 years that have passed since its opening. No building can survive such deliberate neglect. In 2006, Boston's Mayor Thomas Menino, who has his office, paneled in ‘old English' style, on the 5th floor with a view out over the harbor, filed a motion to sell off the "Hall of Shame", as it has been derisively called. Owing to the financial crisis the plan has been postponed until 2011, when the waterfront in South Boston, a relatively successful urban development zone, will be upgraded to include a new government district. As if people in America, where public spaces hardly ever count anyway, completely forgotten that it is very meaningful to place the city hall in the center of the city. That, so Boston's mayor claims, is no longer necessary as everything now gets done on the Internet.

Boston's city hall now looks so run down that most people are probably glad they don't have to do business there. In the somehow archaic interior, which is bereft of any frills and the gray concrete wraps round a spacious atrium and the cathedral-like ceiling structure offers truly amazing geometries, the neglect brings to mind many a God-forsaken registry office in Germany. The original furniture was made specially and was Scandinavian Modernism at its best - today it has given way to ornamental Louis-Seize imitations that are fairly shabby and worn themselves. Broken panes of glass or light bulbs in the ceiling evidently do not get replaced although people complain the building is too dark and can no longer be used for official and public events.

At any rate, it is certainly not popular to consider the gray giant among the city halls as part of the city's history and accord it a status as an icon of its day. Boston has not found a way to relate to its Brutalist heritage, although it is home to numerous attractive concrete edifices. Ranging from the comparatively unknown "Boston Architectural College" via the Mediterranean concrete Modernism of Josep Lluis Sert and the gigantic monoliths by Paul Rudolph to the (celebrated!) "Carpenter Center for the Visual Arts" on the Harvard Campus in Cambridge, the very only Le Corbusier building in America.

Nicolai Ouroussoff, the "New York Times" architectural critic pointed out perceptively at the beginning of the year that the key question in architecture was at present no longer the dominance of the star architects but how to handle the "leftovers" of post-War Brutalism. For all the rejection, recognition is sometimes possible: This was proved recently by the renovation of Paul Rudolph's "Yale School of Art and Architecture" in New Haven, which had been maltreated for years. Bostonians are not just sitting idly by and watching the decline of their dilapidated landmark. The "Citizens for City Hall" initiative is campaigning for the building to be kept. In 2007, an exhibition entitled "Rethinking Boston City Hall" was organized and the "Boston Society of Architecture" held a competition (it got no further than writing on a page) to redesign the plaza in front of the hall, which seems so like a parade ground. To date, those supporting the rethink have been few and far between. 80-year-old Herbert Gleason, who as the then legal counsel to the City of Boston moved into the new building at the end of the 1960s when the mood was still euphoric, believes the unloved City Hall will only be upgraded if this receives political support. The undoubtedly complex architecture, he continues, calls for city politicians who learn to understand the building, and then champion its survival by explaining it to others. It would be too easy, he concludes, simply to treat Boston City Hall as an aberration in the city's history. 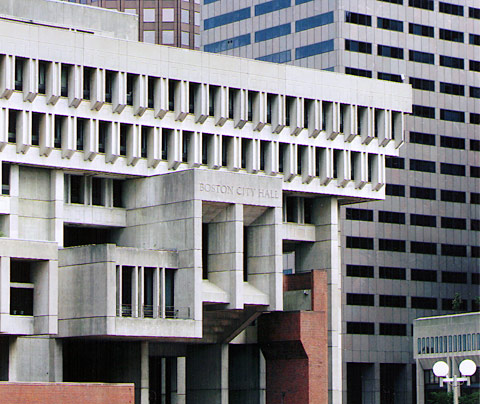 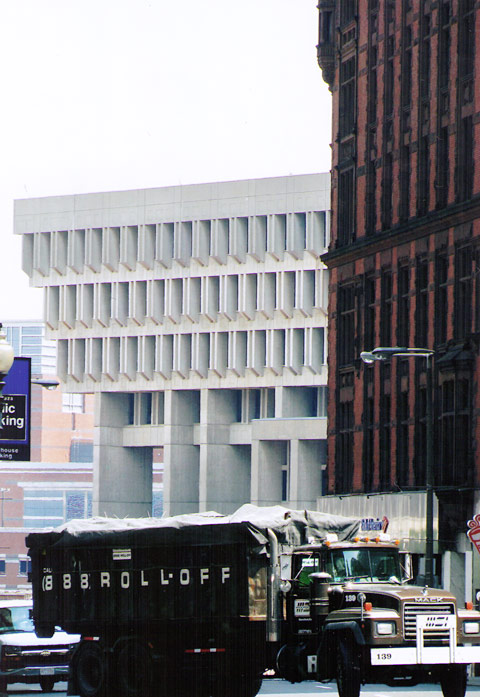 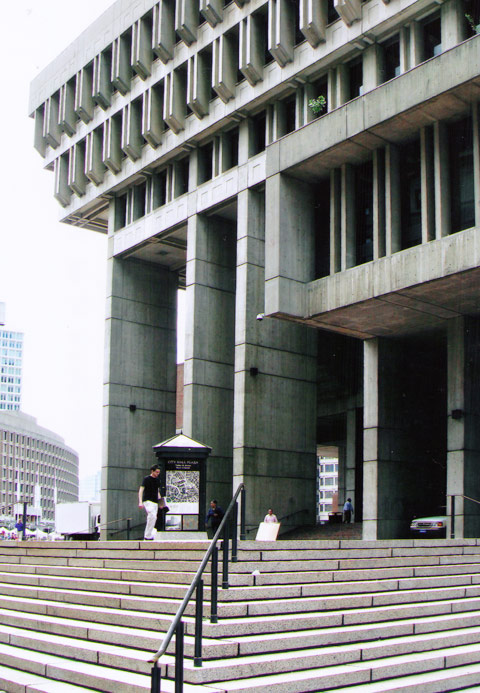 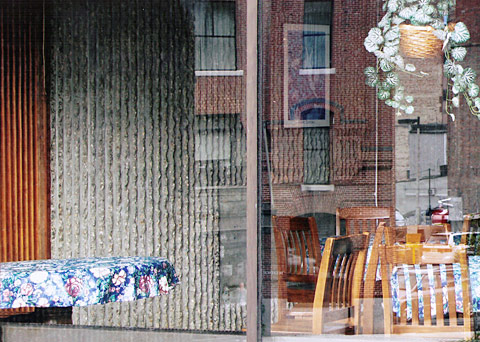 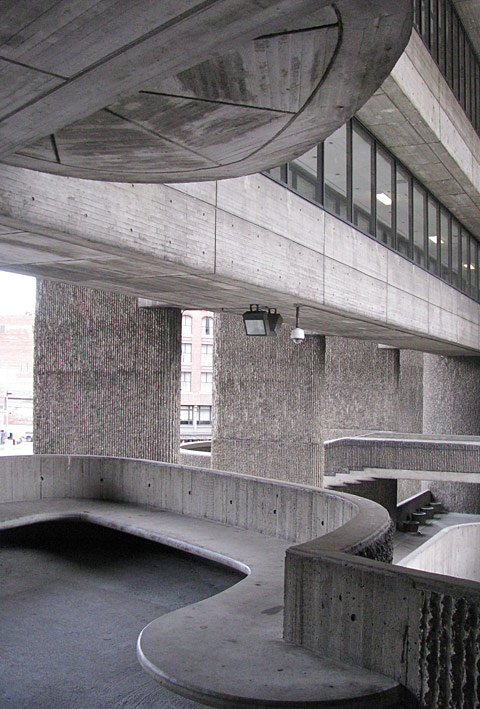 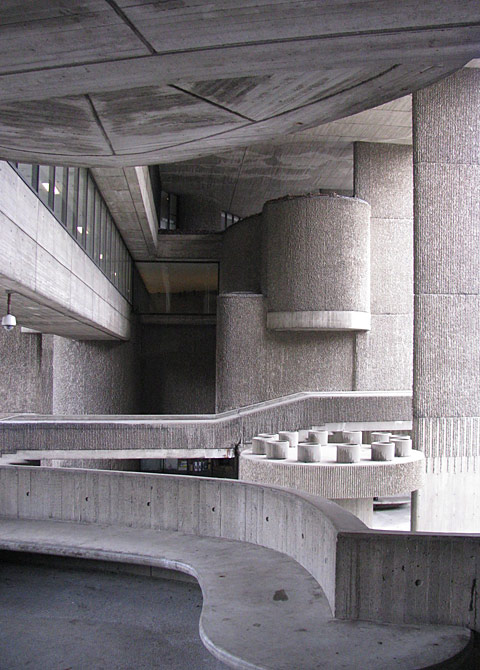 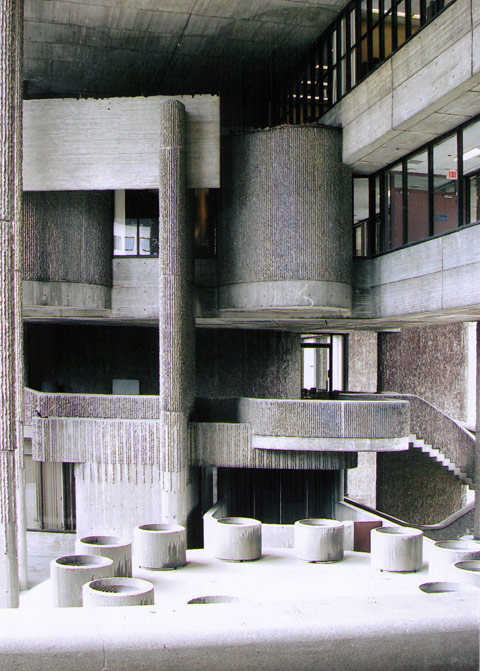 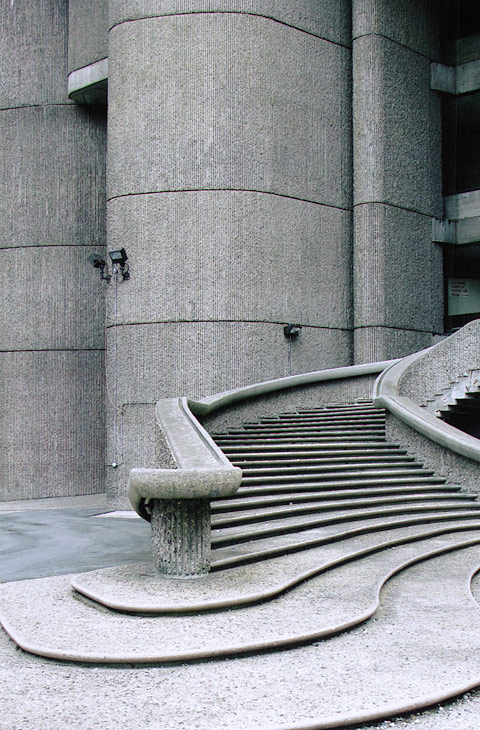 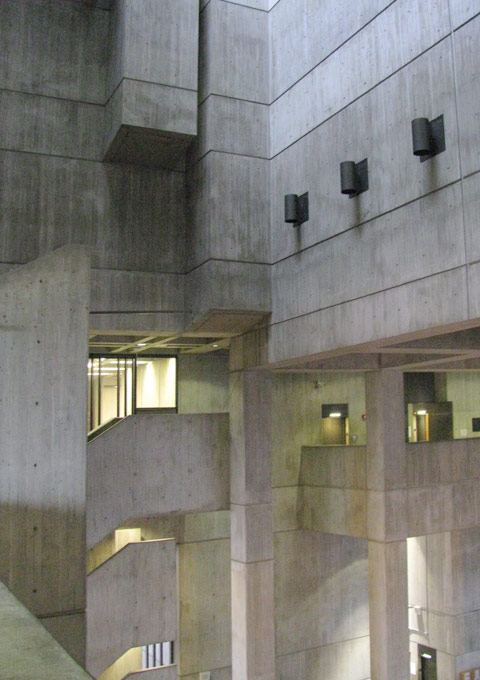 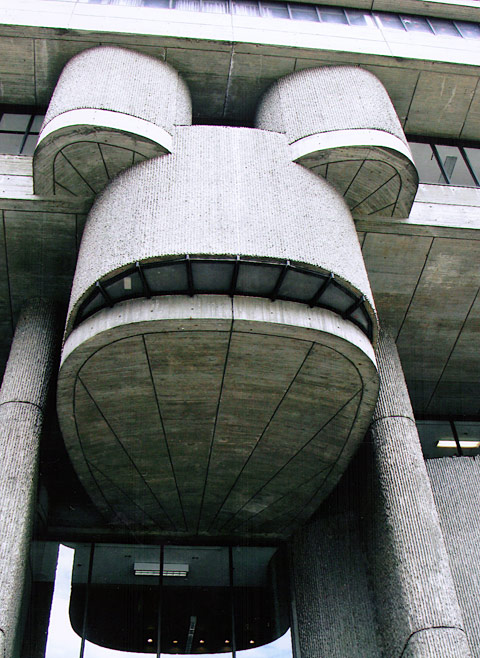