Food court in the Steppe

The gastro-specialists at Blacksheep have designed a Kazakh-European hotel restaurant in Kazakhstan’s capital Astana.
by Fabian Peters | 11/19/2017

Located in the broad expanses of the Steppe, Astana, the capital of Kazakhstan, corresponds perfectly to the commonly held ideas of the seat of government of a scarcely democratic, authoritarian state in Central Asia. Over the past two decades, the billions earned with oil and gas have gone to finance a colorful mix of largely tasteless monumental buildings there, constructed by, among others, Norman Foster’s studio. In that context, Talan Towers, a project by American architecture studio SOM, looks pleasantly restrained. The Ritz-Carlton Astana opened here in July. The restaurant “Mökki” is located on the third floor and seeks to combine Kazakh and European culinary culture. It was designed by the renowned and experienced interior designers at London’s Blacksheep studio. The leading role is played by four “Craft Stations”, where guests are invited to curate, meaning compose, their meal themselves. The designers refined this somewhat profane concept with the use of opulent materials, with extensive use of Italian marble, decorative elements made of bronze, and banisters covered with braided leather. The defining detail, however, is the material covering the restaurant’s ceilings and columns: powder-colored lamellae whose sweep lends “Mökki” a lightness that does not really suit the rest of Astana’s architecture. (fap) 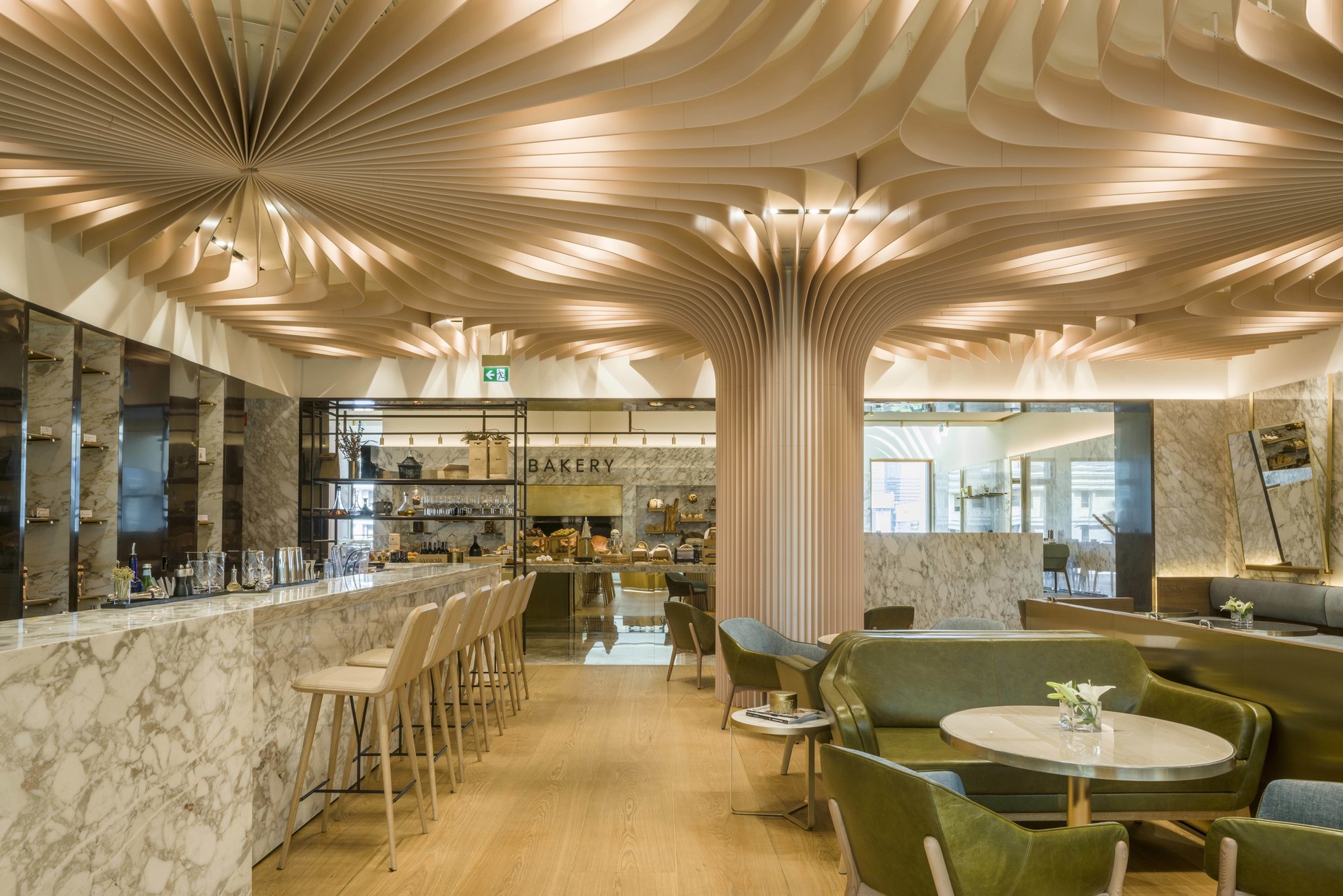 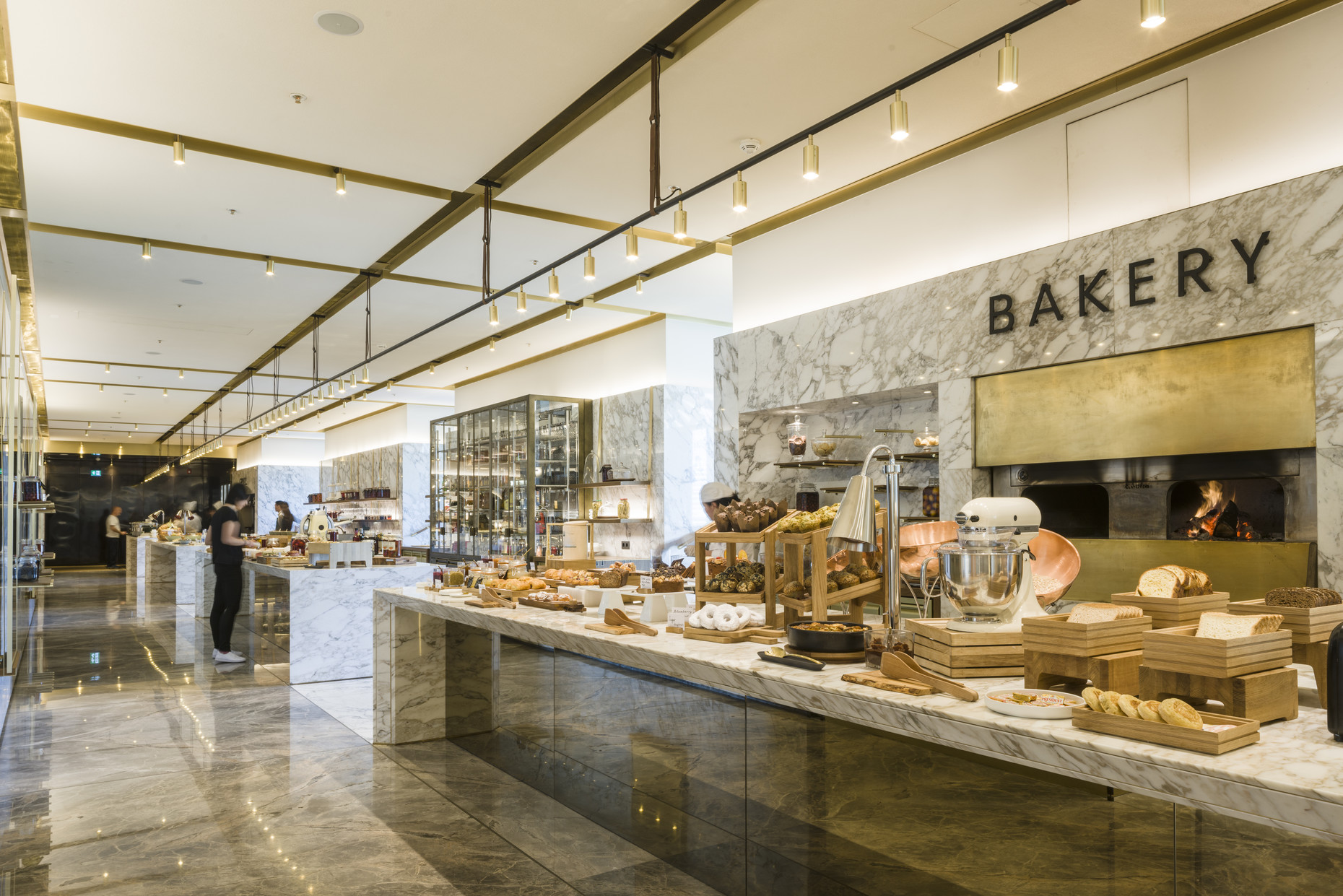 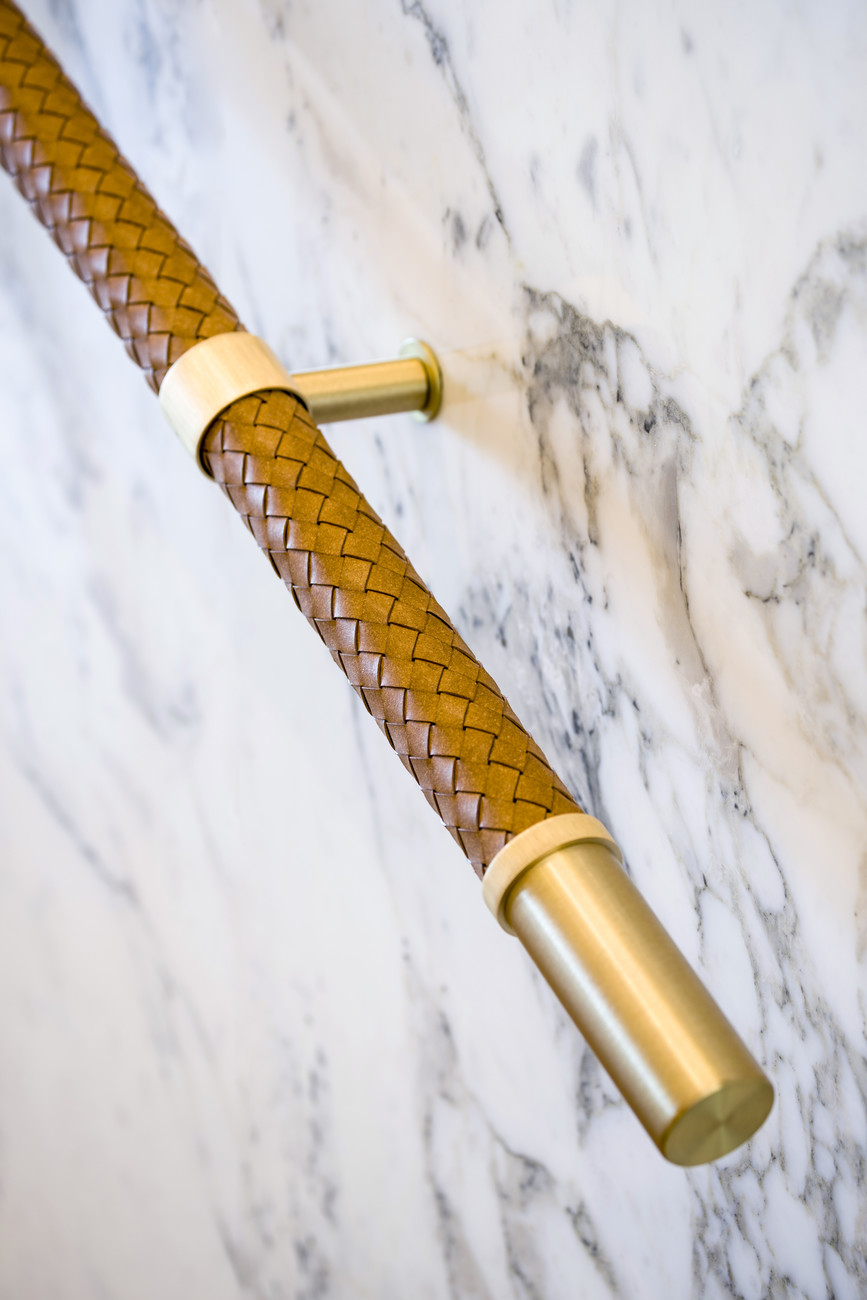 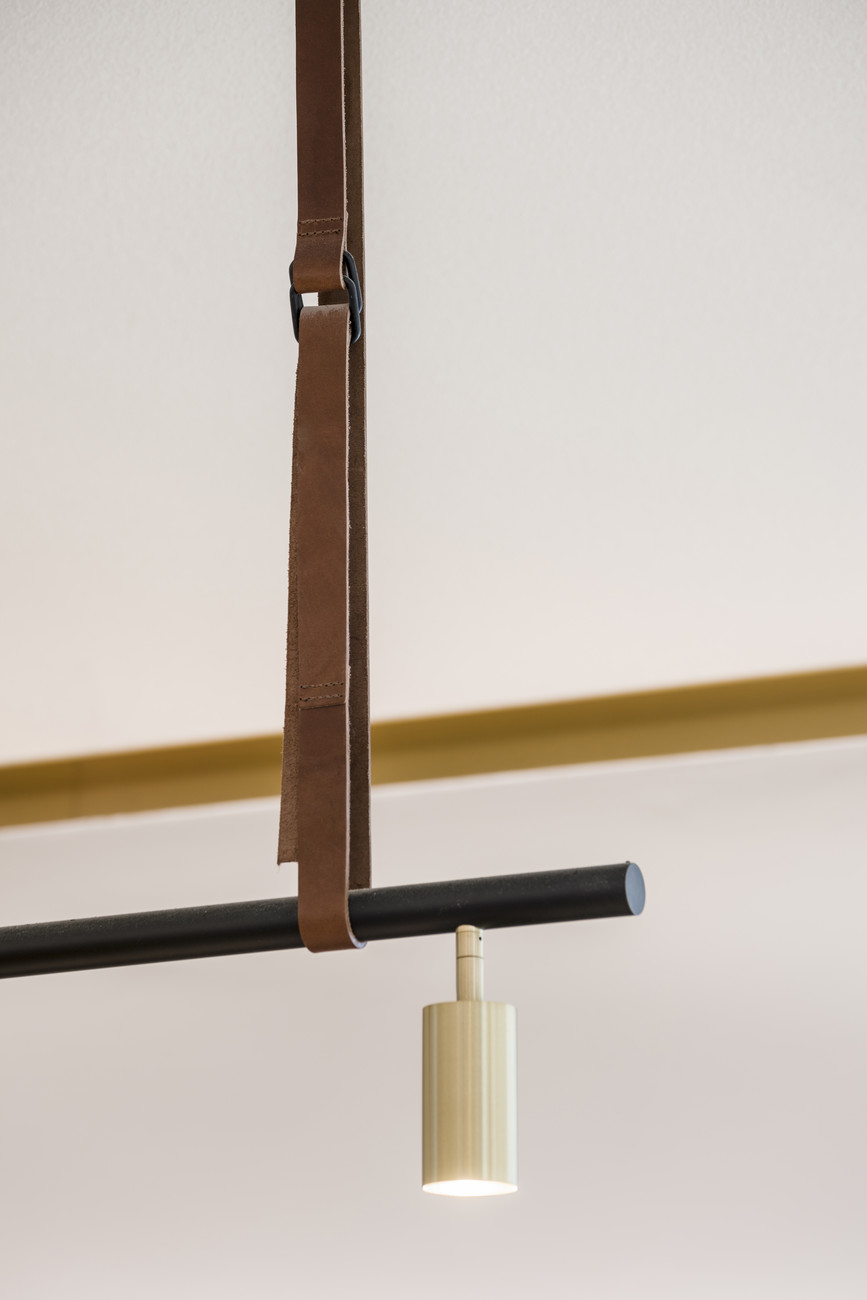 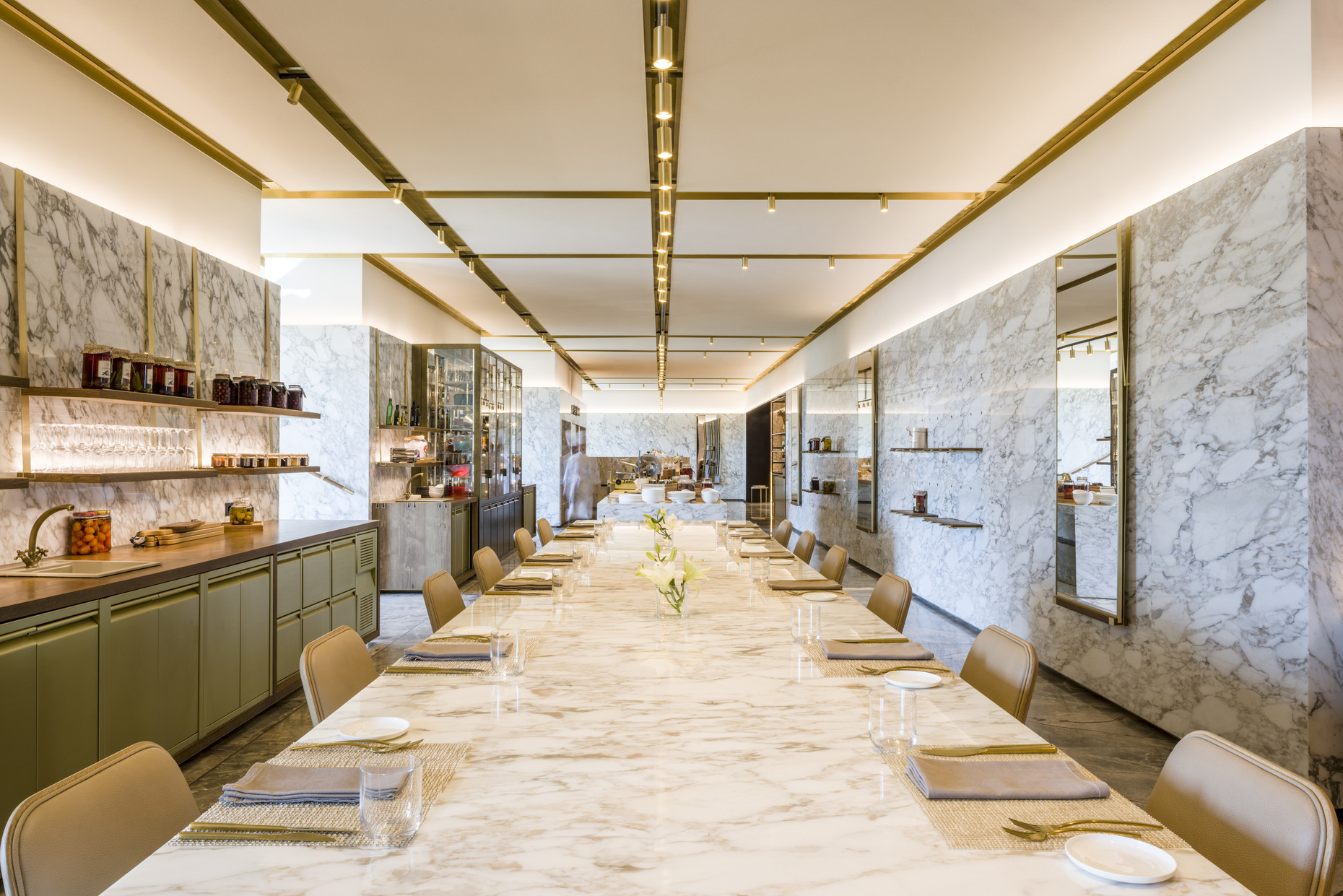 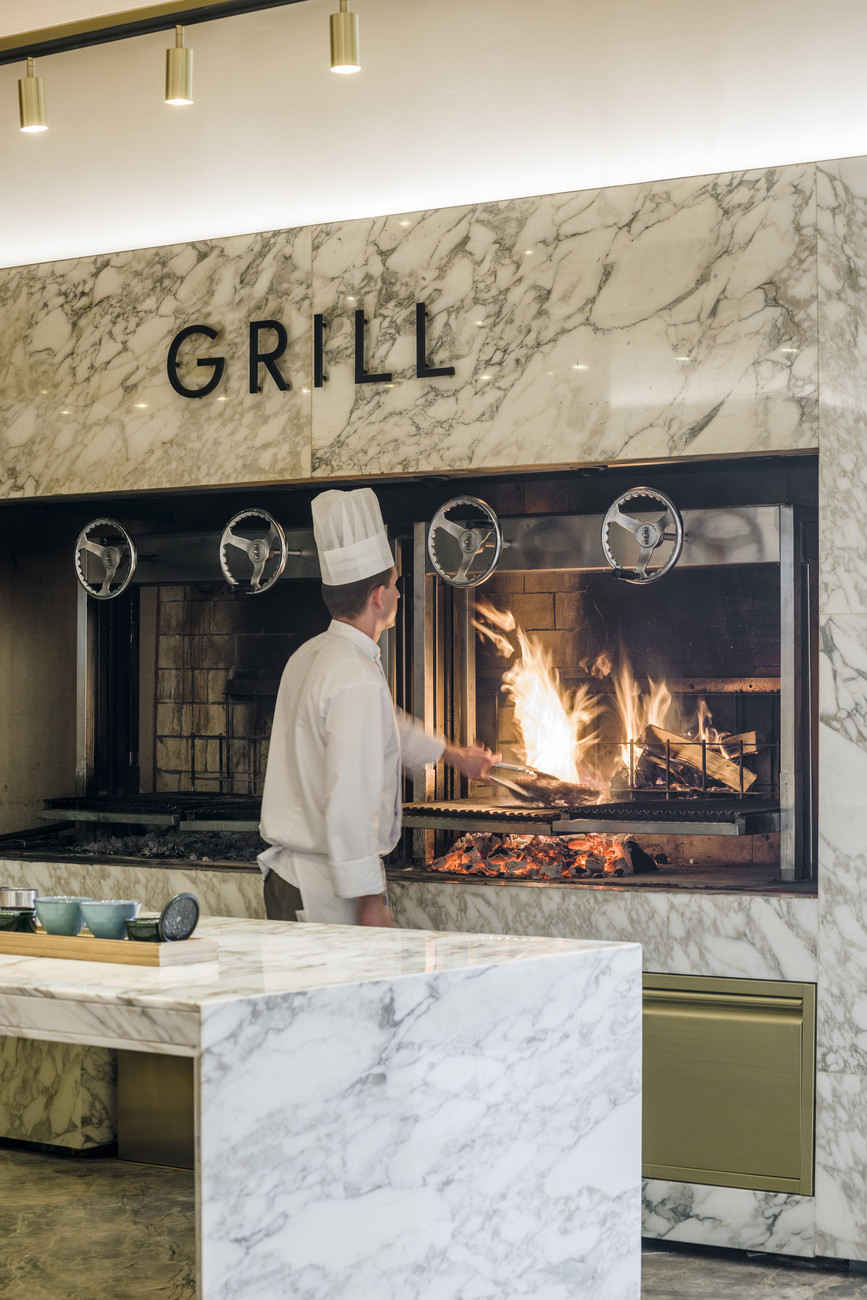 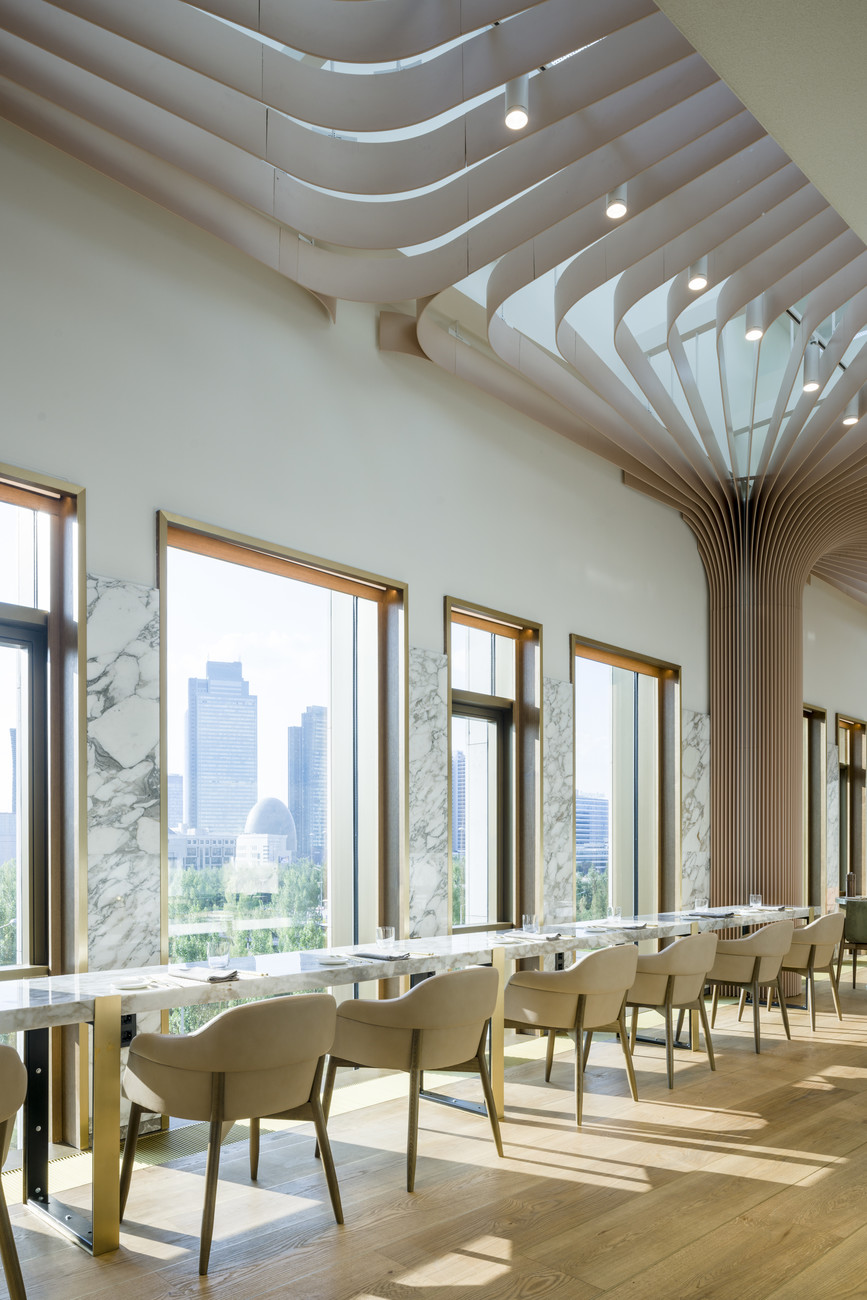 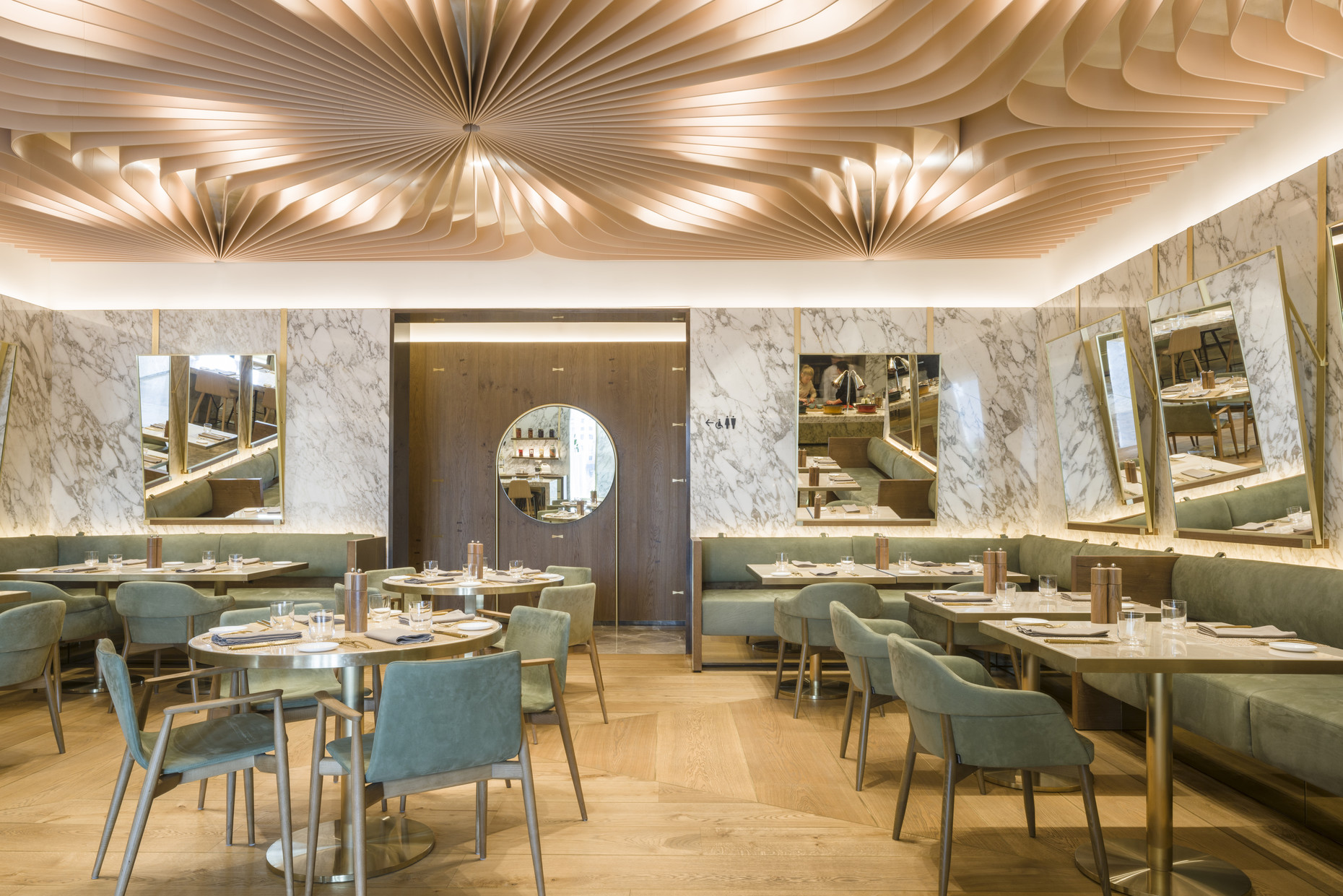 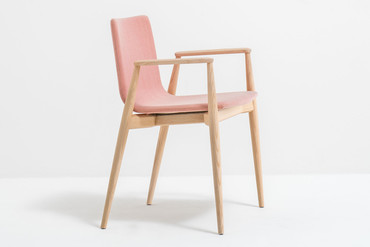 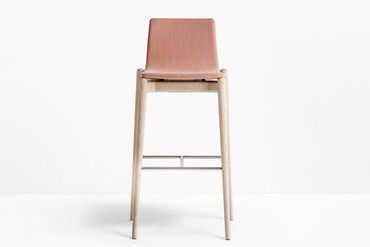 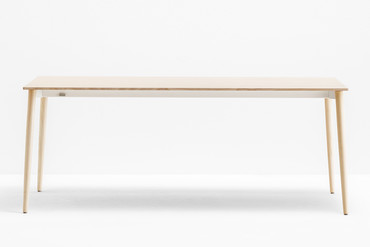 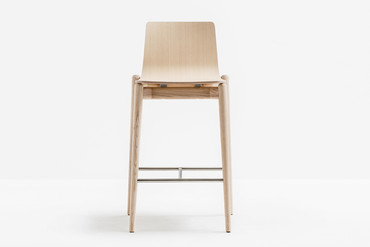