It can be quite a burden to accept an inheritance. In this case, it may help to nurture a somewhat uncomplicated dialog with color, material and form, like Ferruccio Laviani, born in Cremona (Italy) in 1960, whose approach gives him a definite advantage. After graduating in design and architecture, the young designer initially appeared in the late 1980s in connection with the Memphis Movement. Working with great names including Ettore Sottsass, Michele de Lucchi and Achille Castiglioni not only ripened in Laviani a great sense of impartiality, but as one of the main representatives of the generation after Memphis, Ferruccio Laviani also marks the transition from the radical avant-garde to contemporary Italian design.Two of his luminaires illustrate this particularly well. The ORBITAL standard lamp for Kartell developed in 1992, with its five magnificently colored, biomorphous glass lampshades, sparkles formally with mirò-esque optimism, while the sculptural luminaire TEOREMA for Foscarini is constructed from geometric shapes and reminds us strongly of Mondrian and Rietveld. Both lamps could also have been designed as pieces of art, which Laviani shies from as little as the striking spatial dimensions of the two objects. BOURGIE makes use of an entirely different source of inspiration, playfully copying a typical Baroque lamp in the form of a transparent, high-shine polycarbonate caricature - dramatic, luxurious and bold.Having said all this, Laviani does not only design luminaries. Quite simply, he designs everything. Brand-name makers such as Flos, Moroso, Molteni, Cassina and Dolce&Gabbana adorn themselves with his bold, glamorous ideas, and he also designs their showrooms and restaurants. His latest furniture designs can be found at the Italian manufacturer Emmemobili, for example, the sideboard CRASH with its crystalline faceted surface and the softly curving sofa DUNE. Laviani has always deliberately refused to establish his own label, for that could possibly mean a serious limitation.www.laviani.com 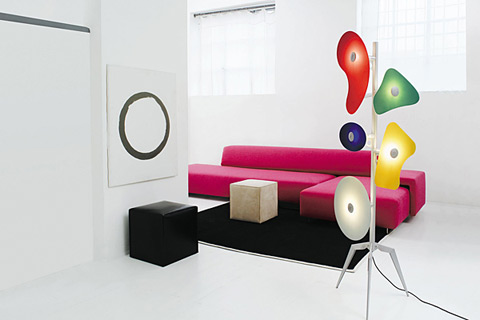 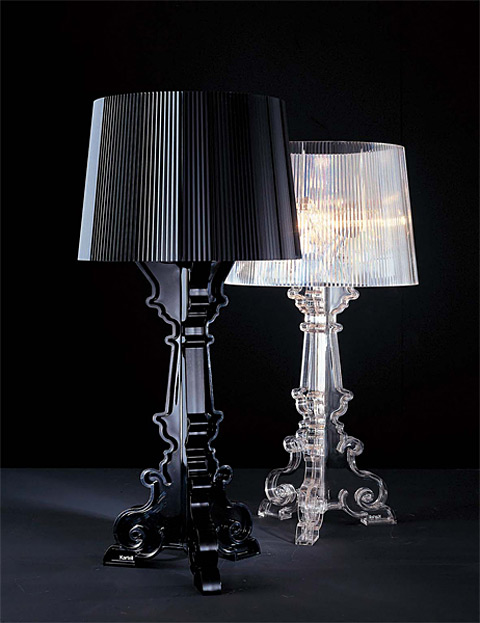 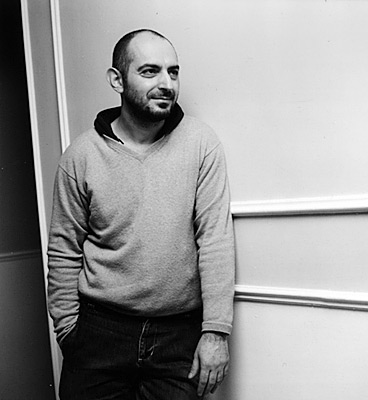 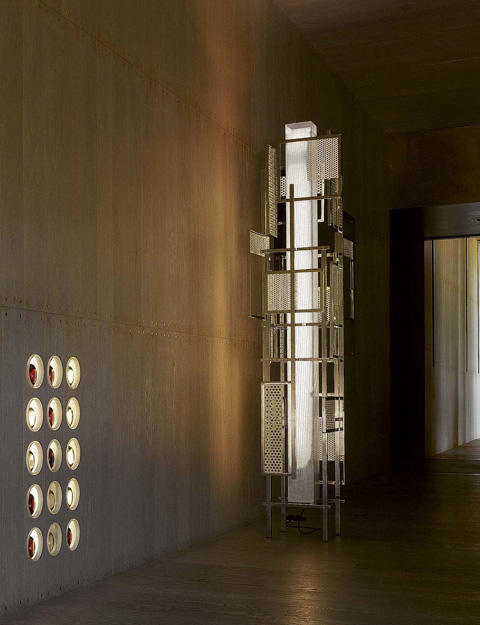 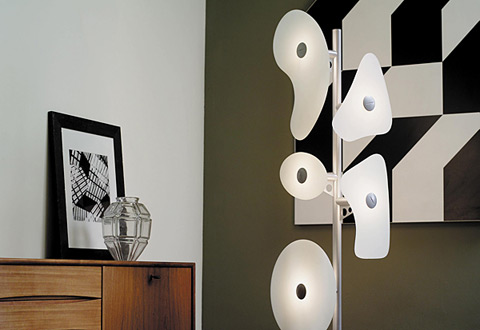 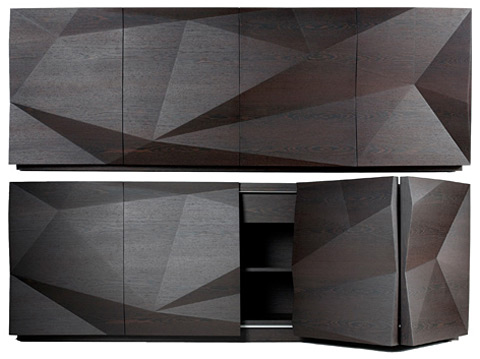