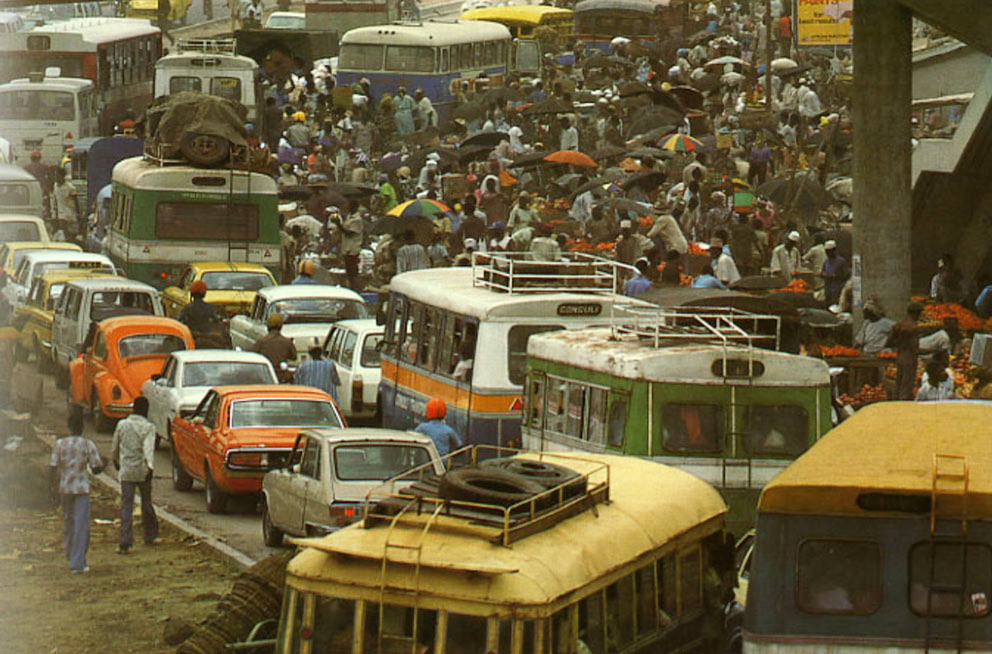 The process whereby vans that are no longer considered roadworthy in Europe gain a new long lease of life in Africa is actually positive recycling. Photo © Leopardi
Monsieur...’s vacation
by Thomas Wagner | Aug 16, 2016

In all the German federal states, and in many other countries too, it is now vacation season. Anyone who is heading off on holiday or is on the way back, and is not just stuck in a traffic jam or if burning off the exhaustion of the last few months lying on a beach, is possibly off hiking, riding a bike, reading a novel again, wandering round the countryside, strolling about town, enjoying a great meal, visiting a castle, going to a museum or simply doing whatever takes his or her fancy. Anyone on holiday, disappears for a brief moment, steps out of everyday life, and for one, two or three weeks, turns their back on work, stress and tension. Stops for a moment, gradually slows down, and then finds the book a bit dull after all or suddenly starts feeling bored – and precisely for that reason starts pondering things, looking back.
We, too, looked back and came across questions and topics in the News&Stories archive that were topical at some point in recent years and are just as pertinent as ever.

Anyone at this very moment, who is (with or without a satnav) struggling through one of the capital cities or metropolises of this world, seeking the right exit ramp or a free parking space, will no doubt start mulling over the idea of a city designed only with cars in mind. How the idea first arose, and can be praised as a means of managing things and a way out of traffic chaos was something Annette Tietenberg put her finger on back in 2010. The idea: to create a city which does justice to both people and auto traffic. Well, we’re still struggling with the consequences to this day. For all the gridlock alarms and Big Data, parking assistants and info on free spaces in car parks, cars continue to define and clutter up downtown, even if many are now seeking to make certain in future it is the city that defines the car and not vice versa. Has this put paid to the question what face urban life was given when cities were designed for cars and how that should continue? Hardly. And who says that today’s concepts actual function better?

As regards industrial design, there not everything is roses. In the field of furniture, to take but one example, we are back rejuvenating the classics of Modernism or mid-century design. There’s still a lot of talk about innovation and the products just being launched are very professionally lauded as the best ever by marketing. But there is also an evident trend toward uniformity. Not to forget that a few major brands increasingly rule the roost; smaller companies with original ideas are having an ever harder time of it. Designer Stefan Diez expressed his own thoughts on the state of design in an intelligent lecture back in 2013. From his viewpoint, much has changed, too. Global distribution, so he notes for example, costs a lot of money. Once the sales structure is in place, as broad a range as possible needs to be offered. With quite ambivalent consequences for design: “After the outsourcing phase, and portfolio diversification,” he says, “the only tool of differentiation then left is design. But if design falls short, because the interfaces between development and manufacture no longer function properly, then many products differ only in terms of styling, the results remain generic and progress comes to a halt.”

The question whether and how progress is still possible in furniture design is not so far removed from the fact that whenever Italian design is mentioned there is almost mantra-like mention of a very special exhibition: “Italy – The New Domestic Landscape”. What was presented in 1972 as exemplary in the Museum of Modern Art (MoMA) in New York clearly still shapes our notion of Italian design to this day. How should we understand this? What do the designs by the rebels back then mean today? Do we yearn for fantasies of new departures? Is a design avant-garde even conceivable now? What would it do? In 2011, Markus Frenzl looked back at the legendary project, leafed through the exhibition catalog, and found out that buzzwords such as “sustainability” or “social design” are by no means new inventions.

Or let us take, since here and there at present the future of the past is being addressed in exhibitions again, the question of how swiftly images and ideas which we have of the future then age or are declared monuments reminding us of the numerous opportunities we missed. Were we back then perhaps more infatuated with technology than we should have been when toying with utopias day-in day-out? Artist Klaus Richter penned down his thoughts on this in 2012.

Under certain conditions, future also means a loss. It strikes me that when, standing in the midst of my study, overcrowded with books, I get visited by someone or other who has to do professionally with exhibition catalogs and catalog raisonées, monographs and brochures, collections of essays, theoretical treatises or novels, I am forever being asked whether I really need them, surely they can be found digitally on the Internet. And when I answer that this is by no means the case and that almost none of them are to be found online and that pulling a book from a shelf gets you to your goal far quicker anyway, I tend to be greeted with incredulity. Many people seem to think not only that books are superfluous but even the shelves where they are kept. Small wonder that in 2011 Thomas Edelmann noted down his thoughts on the shelf as “the furniture of public order”. Will it possibly disappear at some point into the Cloud, along with all the books?

Another kind of faith in technology crops up in an article by Jeremy Gaines, who focused on urbanization in Africa and our all too often Eurocentric view of it. After all, for quite some time now an increasing number of people there have been drawn ever more swiftly into the cities; even outside of Cairo and Kinshasa some of the largest and fastest growing metropolises in the world are to be found in Africa. It is just that expanding functioning infrastructure lags much further behind than in the Asian or American metropolises. Planning often goes in the wrong direction, namely one recommended from the outside and ignoring local needs. Instead of jointly seeking solutions, Europe simply senses business or revolves around itself. Hardly surprising then that African cities have long since preferred to do business with China?

And now? Are we permanently moving in a circle? If that is the case and we do not run out of questions, which is quite beneficial, then we can happily first vacation. And see what happens afterwards.

Click here for all the above-mentioned articles from News & Stories: 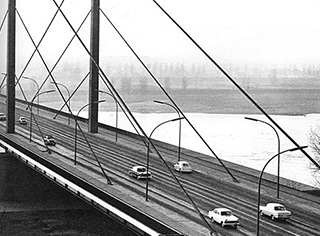 “Save the traffic, so our cities can survive”

During the reconstruction period in West Germany. a new control instrument entered the political landscape: urban planning. Its objective was to make a strict division between labor and living . People should work in the city, and live in the country. The fact that commuters were obliged to buy a car to cover the distance between the city center and the periphery merely boosted the economy. And produced slip roads, city highways and traffic jams lasting for kilometers. The car-friendly city - an unsuccessful historical concept or bitter-sweet reality? 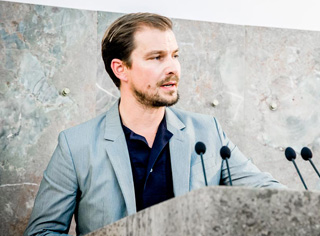 The state of design in Germany and Europe

What future is in store for design in this country? What has altered? At the “Second German Design Debate” designer Stefan Diez held a highly-acclaimed talk on the current state of design. 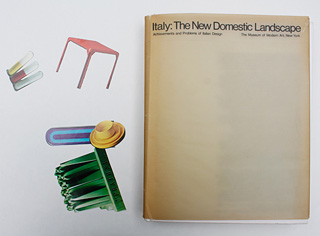 The legendary exhibition “Italy – The New Domestic Landscape” held in New York’s MoMA in 1972 was devoted to the work of Italian designers. To this day, the catalog accompanying the exhibition has been highlighting a creative stance that took social responsibility as second nature. Consequently, many of the issues debated are still surprisingly topical for today’s generation of designers. 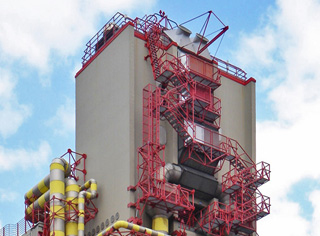 Each decade develops its own architectural visions for the future. While some of the great forward-looking buildings of the 20th century are under monument protection, others are falling into decay – or have been targeted for demolition. A subjective glimpse at buildings that once aimed to anticipate our future and are for that very reason worth holding on to. 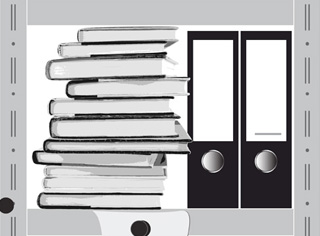 The shelf – furniture for public order

Not only the origin of the notion, but most certainly the future of the shelf currently seems undecided. There are high-bay warehouses with them – and they’re booming. But shelves in apartments, homes, or libraries are in crisis since the digital media have seized control over the book. 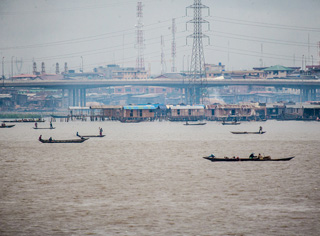 Africa is urbanizing faster than any other continent. But tends to be forgotten in the debates on ubran mobility. Perhaps because the challenges are too great? Or perhaps because we aren’t being imaginative enough.