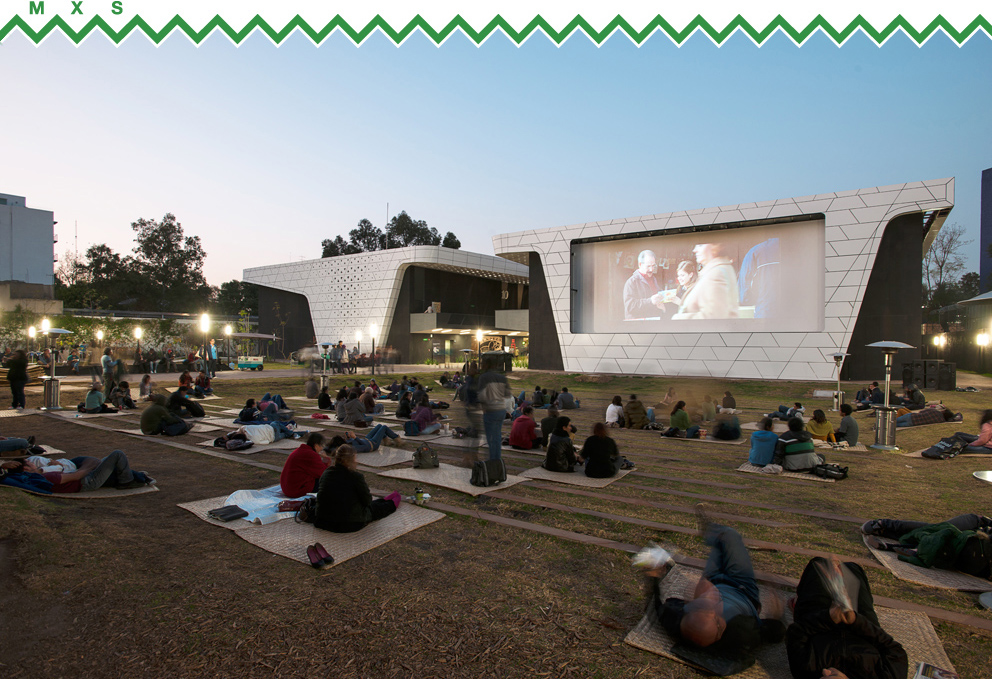 Not only a building envelope, but also a screen for movies. Photo © Jaime Navarro

The National Cinematheque of the 21st Century in Mexico City houses and safeguards the archive of moving images in order to make them available in all kinds of format to the general public. A place for film, but also for shared spaces and audiovisual communications. The project by Rojkind Arquitectos transfers the logic of sequences of the cinema onto the park and the plaza – as part of a series of physical and virtual connections between environments and people. It forms an interface with two primordial elements: the continuous floor that connects the various elements that make up the cinematheque itself, and a roof that in its own way also relates them to one another. The project involved the complete renovation of the complex: Initially built by architect Manuel Rocha as the Plaza de los Compositores in 1984, it has already undergone transformations on several occasions.

The additional building includes four new screens (which together with the renovation of the current six screens adds 500 more seats to the total tally), a cinema museum, and a digital film library designed by Taller de Arquitectura, andas well as a six-level parking lot for 622 vehicles, freeing up 70 percent of the space currently occupied for this purpose. In total, the National Cinematheque increases its built area from 20,000 to almost 29,000 square meters, of which 7,000 are green areas. The archives, meanwhile, grows from 1,500 to over 2,200 square meters.

There are no clear access routes towards the city just as visibility is cluttered – and not only because of the immediate context, hemmed in by the new Mítikah real estate development, the new auditorium for the Mexican Society of Authors and Composers, the Coyoacán Shopping Mall and the Bancomer Operations Center complex. The principal entrance, hidden away on Real Mayorazgo street, has a double façade, enabling films to be screened open air; at the secondary albeit more visible entrance on Cuauhtémoc Avenue all you see before you is the multistorey carpark . The L-shaped layout, based on the circulations that converge on the center from both sides, generates a semi-covered space for the various elements of the program. It is both open and constrained, and complementing the film experience.

The article was first published at Arquine. 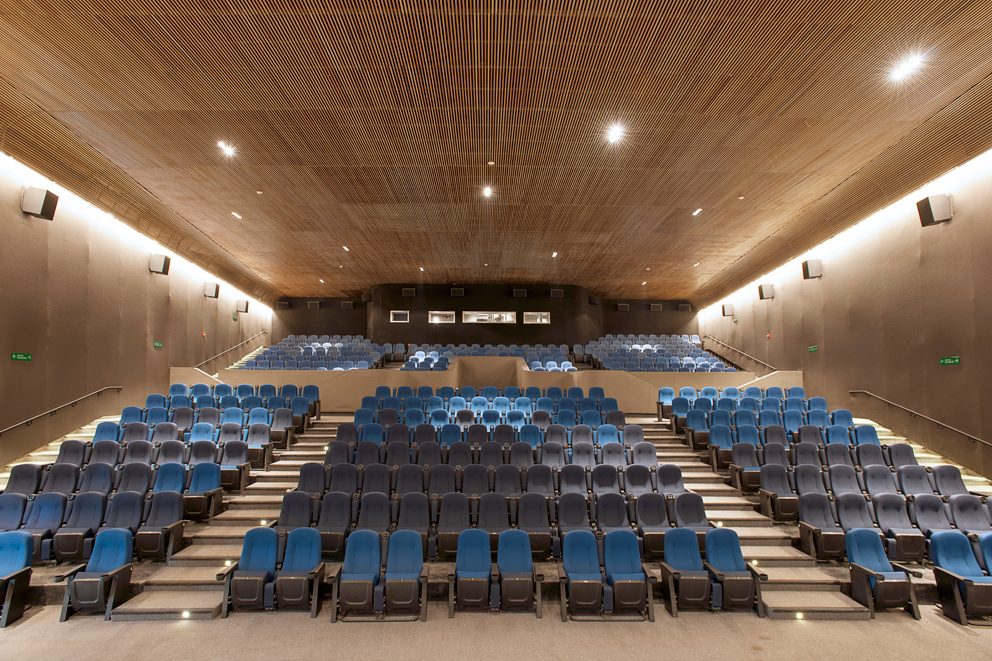 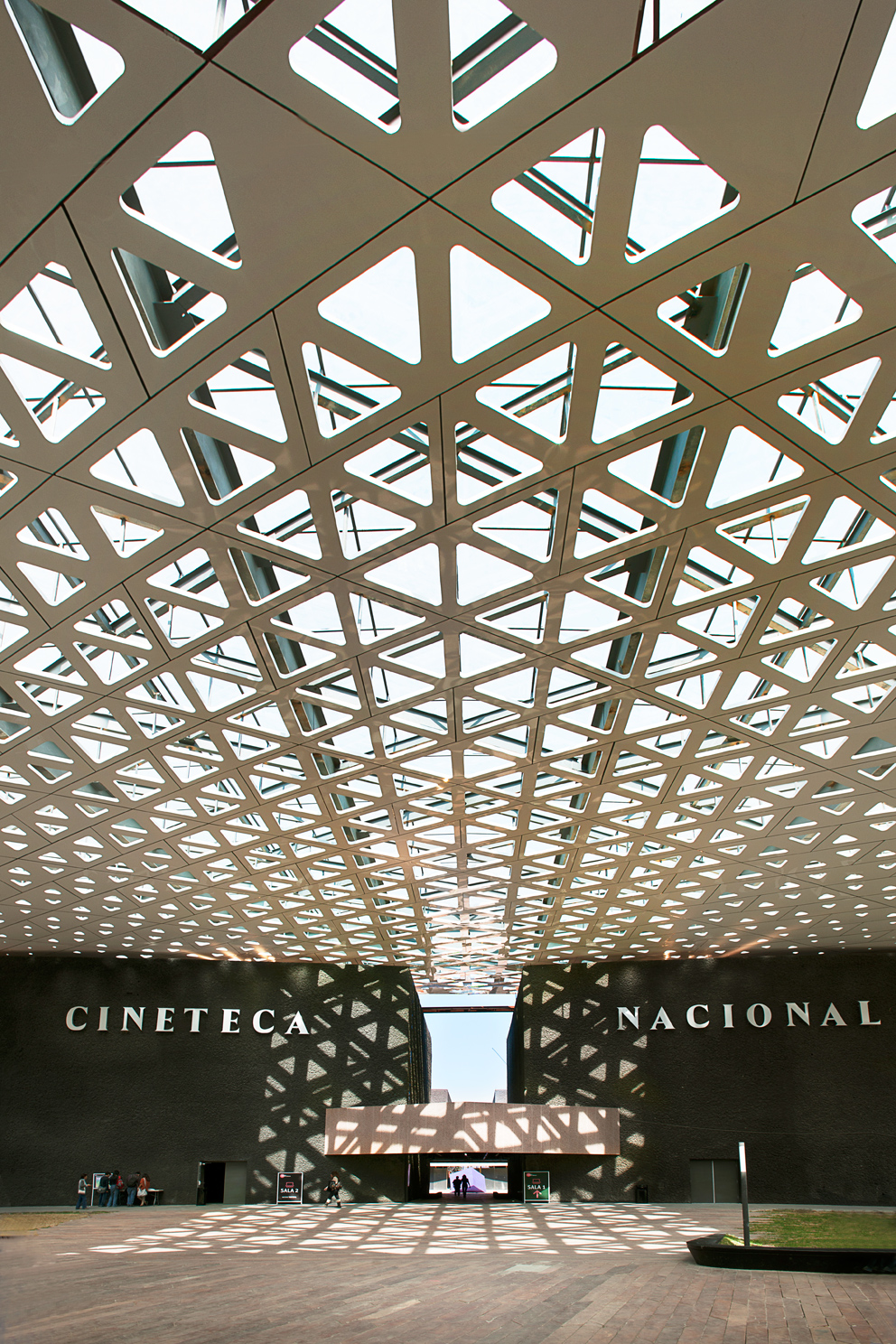 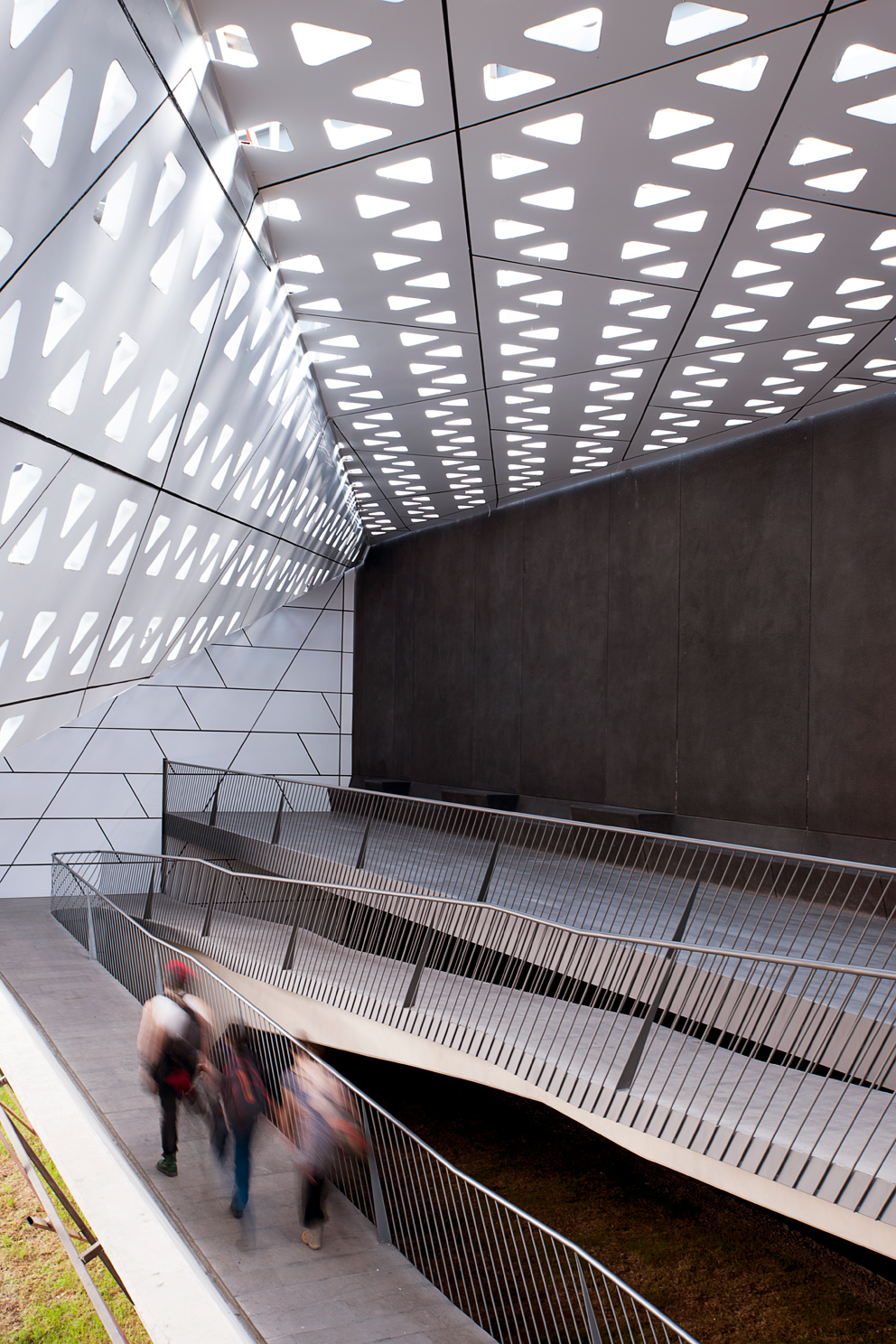 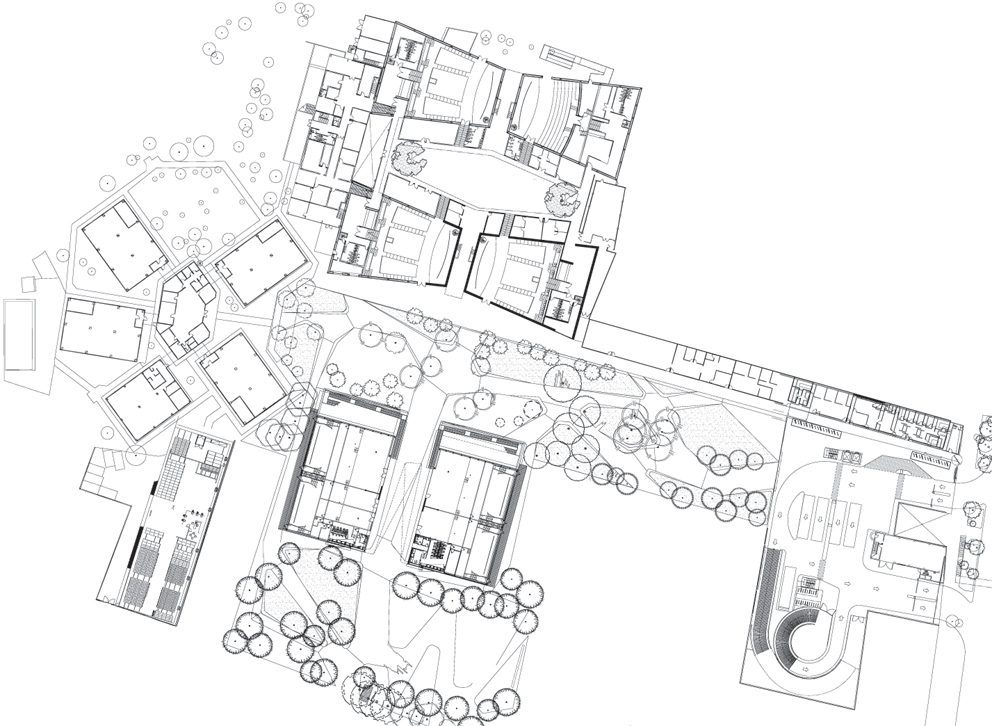 Main element of the design is the elaborated public space. Drawing © Rojkind Architectos