"Moustache" is the name of the new furniture label that Stéphane Arriubergé and Massimiliano Iorio will be launching at the Salone in Milan. An unusual name for a furniture company, which also uses it as its cheeky brand logo and immediately calls to mind both dignified French pathos and the slapstick sides of la Grande Nation. Charles de Gaulle and Asterix are thus somehow unified in the committed project of this French couple, who know each other as partners of Domestic, and who have big plans. Moustache aims to break out of the established structures of the furniture market and open up new domestic perspectives and new horizons of combination and variation. With no trace of nostalgia it intends to reevaluate existing objects, instead of exacting artificial innovations that no-one needs. So far so good, it sounds plausible. But what can we expect from the non-nostalgic reevaluation of furniture and objects? The new furniture industry ideals?

In any case, Moustache's first collection appears promising: tables and chairs, luminaires, storage unit systems, shelving and closets by the designers Matali Crasset, Inga Sempé, Big-Game, François Azambourg, and Ana Mir + Emili Padros. It is a refreshing assortment that certainly whets our appetite. The collection features various combination options and practical functions, material experiments and playful antics. There is, for example, the Instant family by Matali Crasset, who has already proved herself in earlier projects as an attentive observer of everyday life and, in her new design for Moustache, experiments with the theme of the frame. Her chair and table are made of beech veneer plywood and can be folded up and stored away in small spaces with a few simple movements. The tabletop is made from the scrap material leftover from the table frame. Azambourg has extended his experiments with polyurethane foam to include a table design. "La belle et le clochard" is the name of the angular furniture with maple finishes and foam filling. Inga Sempé tries her hand with folds and crimped fabric. Her "Vampeur" luminaire resembles a crumpled flying object that is like a miniature, bright hot air balloon. The French designer's cupboard system "Armoire Souple" is easy to dismantle and can be used again and again, making it perfectly suitable for moving house. The framed modules can be arranged into tall towers or flat cupboards, while the side panels, made of foldable fabric panels, can simply be slid aside.

It is clear that Moustache's collection is bringing a breath of fresh air to the furniture market of recent years, which has otherwise been spoilt with luxury. It will be exhibited for the first time at the Salone in Milan, from April 22 at Via Tortona 19. 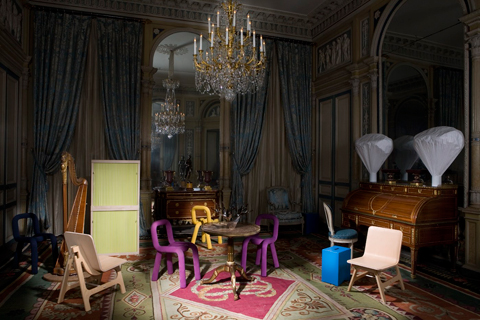 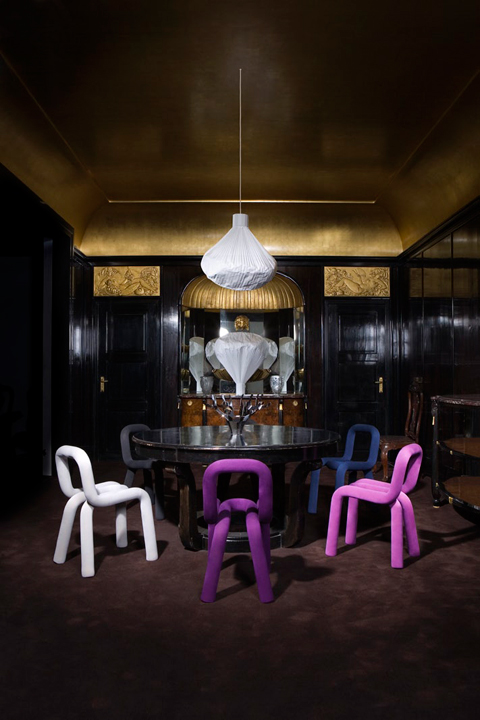 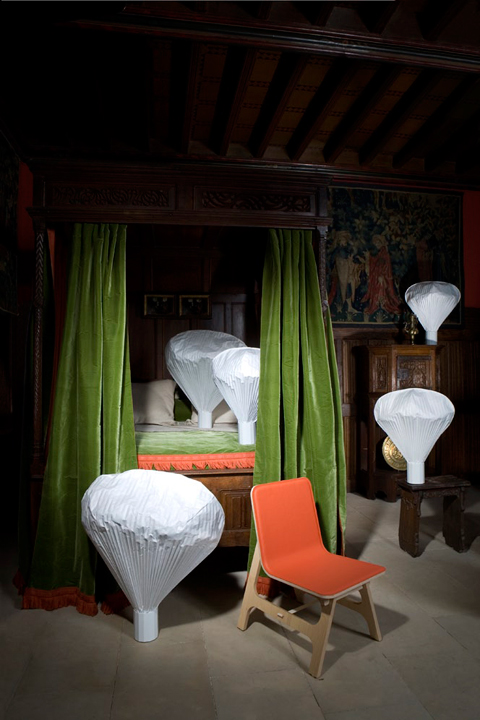 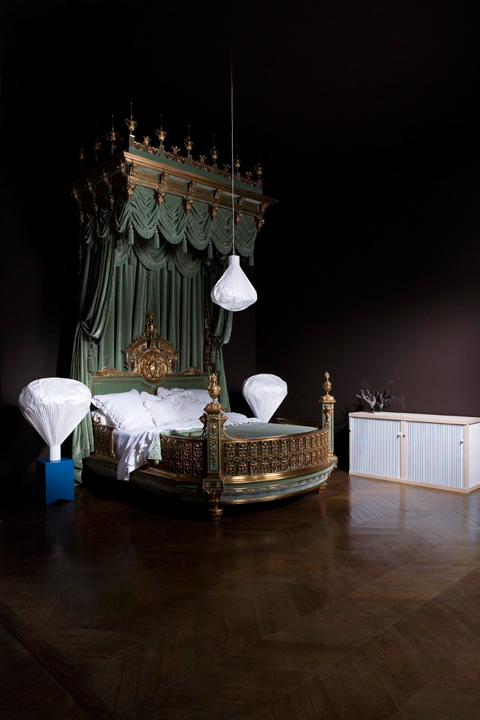 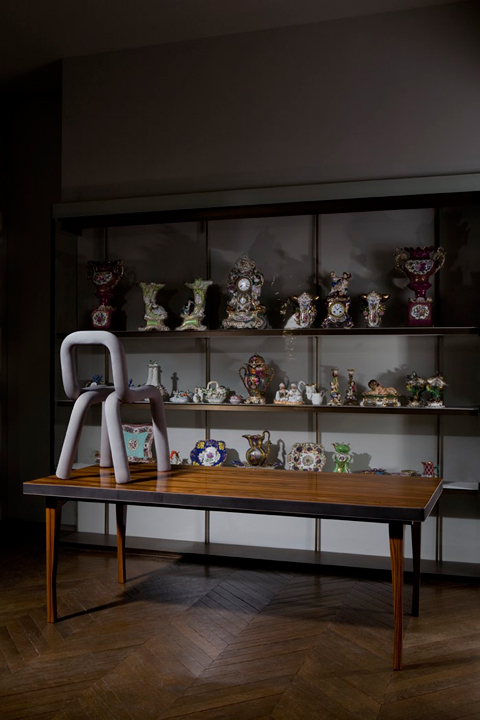 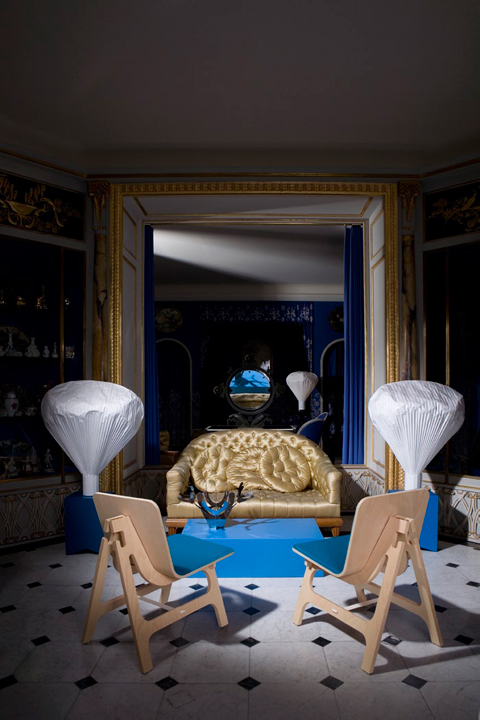 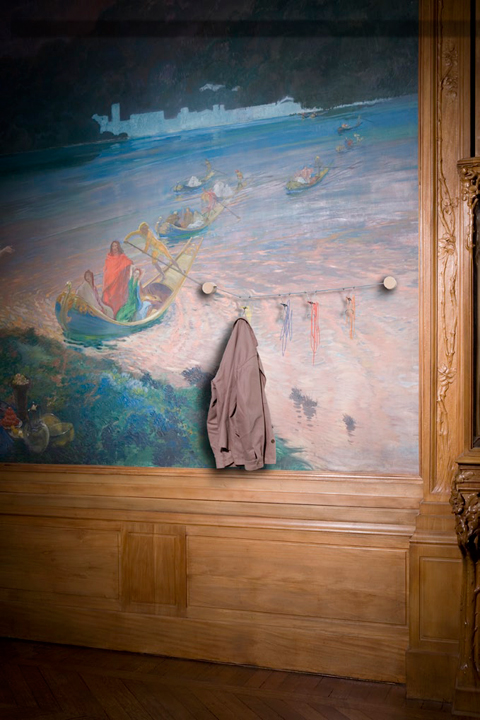 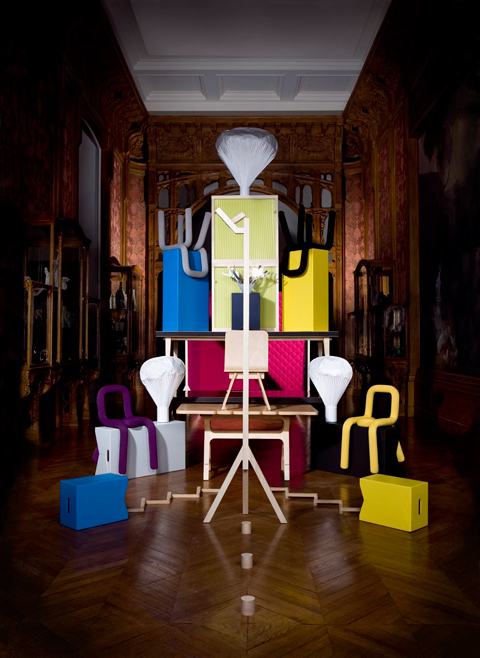 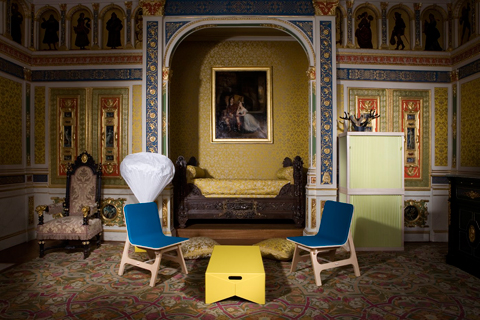 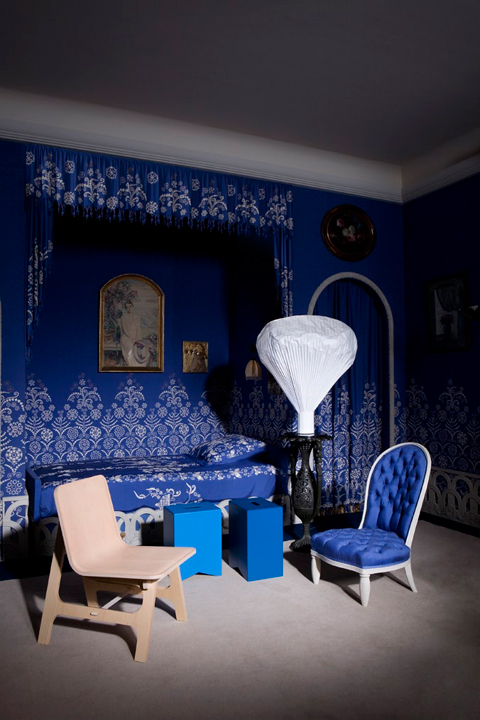 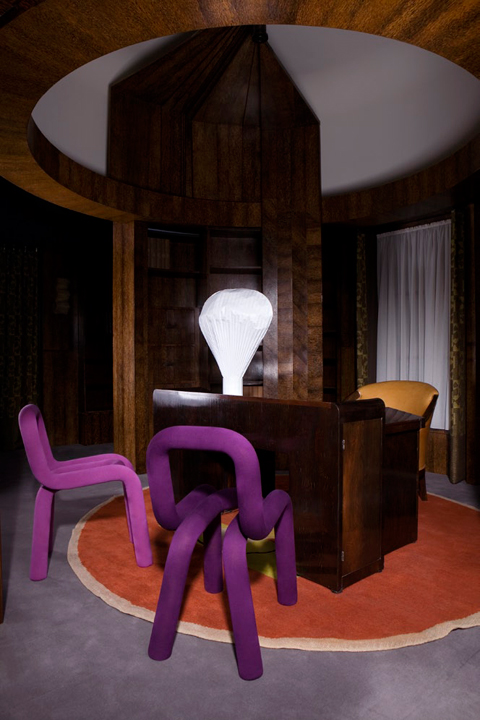 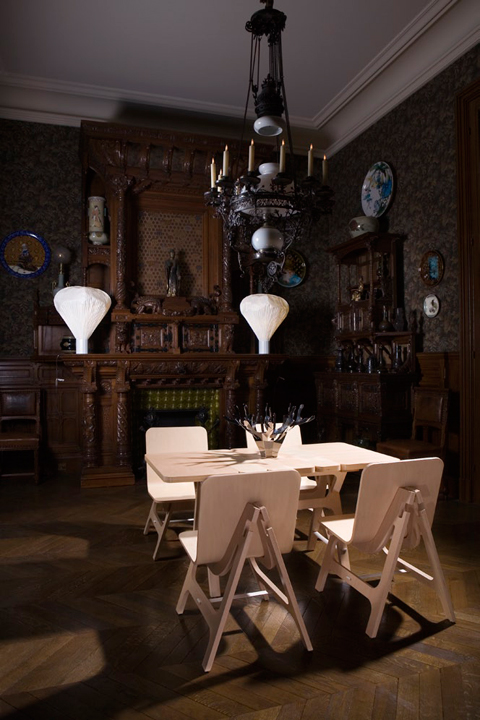 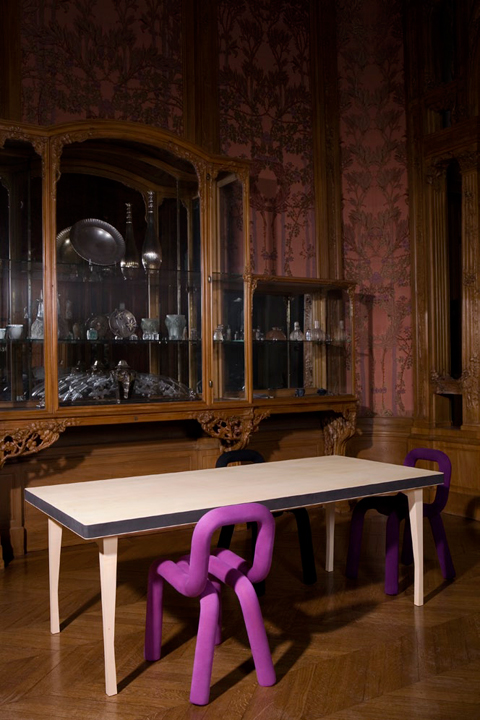 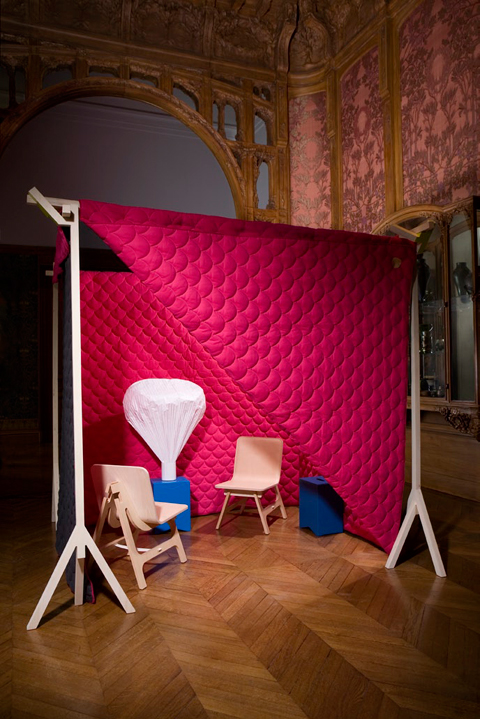 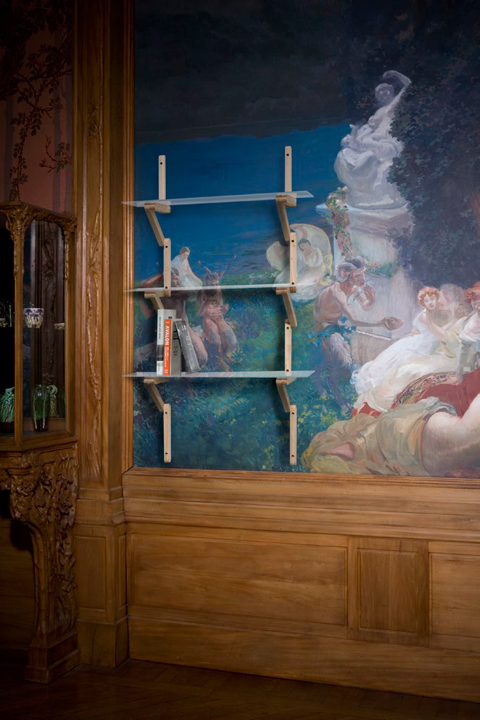