top
Much Ado About Nothing
von Daniel von Bernstorff | Jun 26, 2009

Two important figures, who had a crucial influence on German democracy in the post-war years, have been in the spotlight in Germany in recent weeks. The death of Ralf Dahrendorf and the 80th birthday of the philosopher, Jürgen Habermas who, following Theodor W. Adorno, continued the approach adopted by the Frankfurt School has caused people to reflect on the state of the discussion culture and of intellectual debate in Germany, which both of them championed, albeit in completely different ways. The image of FDP politician Dahrendorf challenging student leader Rudi Dutschke to a debate at the height of the student protests and the undeniably central role played by Habermas, with his insistence on the unforced force of the better argument for the development of a discussion culture after the war, seem to us today to be more current and more important than ever.

Admittedly, the leap from Dahrendorf and Habermas to the design fair "Design Miami Art Basel", which took place at the beginning of June in parallel to Art Basel, is as bold as it seems far-fetched. However, if I am to describe the lack of communication and openness which was in evidence at this event, perhaps a reference to these two figures might not be ruled out.

For what is still lacking in the world of design, is real debate and discussion of its essential nature, its position within, and its delineation from, the other artistic disciplines. There would have been a great opportunity for that here - precisely in the direct confrontation with art that is celebrated in Basel in such a self-aware and powerful way; but it is an opportunity that was alas - I have to say - completely lost.

"The global forum for collecting, exhibiting, discussing and creating design" - so runs the ambitious claim for the design trade fair which this year, for the first time, was held in the exhibition centre itself, just next door to Art Basel. However, instead of a genuine discussion about what design - specifically in comparison to art - is all about, Design Miami offered a selection of galleries that had been put together in an apparently haphazard manner, and used the space to exhibit a mish-mash of craftwork and design classics without any kind of commentary.
As to pertinent statements about contemporary design, such as are provided as a regular feature in the Kreo Gallery in Paris, the Schellmann Gallery in Munich and the Moss Gallery in New York - not a sign of them, anywhere. They had not made it as far as Basel, perhaps in the sure and certain knowledge that this was not the right place for them. Instead, things about Marc Newson that we have known for a long time - yes, we did already know that his tables cost 300,000 dollars - and other "old masters". Incidentally, Art Basel was exhibiting a tree stump in rubber by the artist duo Fischli/Weiss, for which almost exactly the same price was being asked. A tiny example of how a debate about art and design could easily have been triggered. But it was not to be.

In an almost unnoticed area to the rear of the hall, there was a small presentation by four so-called "Future Designers". Here, with no commentary or explanation, there was once again no clue for visitors, that might have helped them get a grip on the particular stance of the items on show. Moreover, the gallery concept - the event was, incidentally, quite obviously not fully booked - prevented any sort of cutting-edge exhibition design, which would have been absolutely necessary for a debate about design.

None of this apparently detracted from the success of Design Miami - if one is to believe the press and visitors such as Brad Pitt who were present. It was said to be the "coolest" design fair, even the best design fair in the world. If that is the case, then we must begin to have grave worries about design as a discipline. The hope remains that, one day, a critical format will be found, which will allow people to get to grips with the topics and to discuss meaning and purpose, what design can and cannot do, and where truly contemporary work will be exhibited and discussed eye to eye. A bit more Dahrendorf and Habermas and, if possible, a little design criticism too - that just has to be possible! 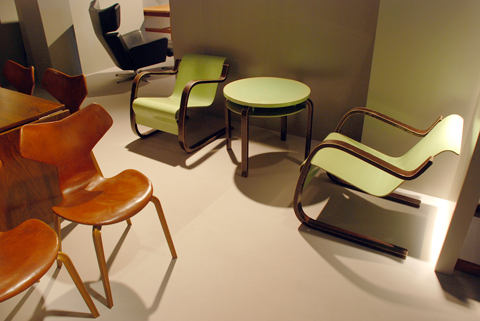 At Jacksons from Stockholm and Berlin 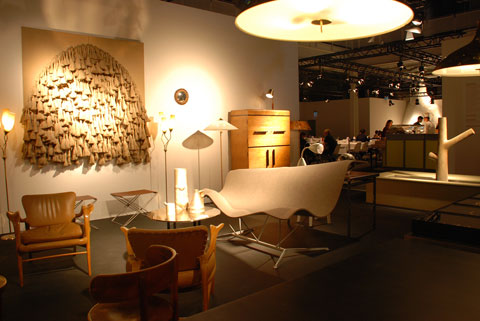 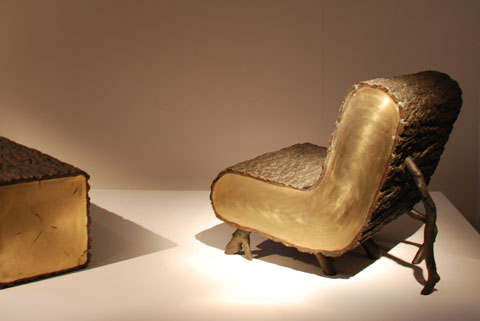 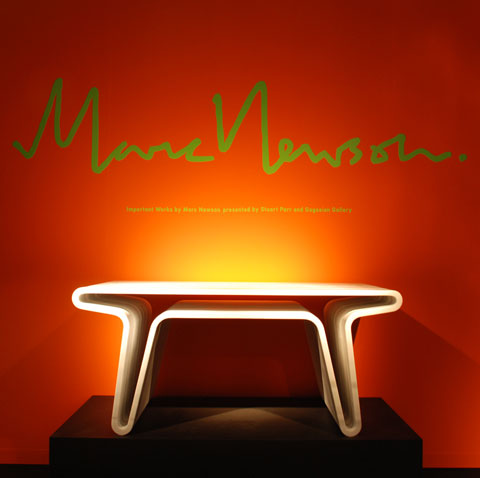 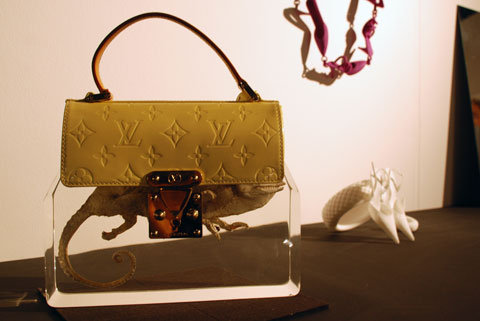 Ted Noten at Priveekollektie, The Netherlands 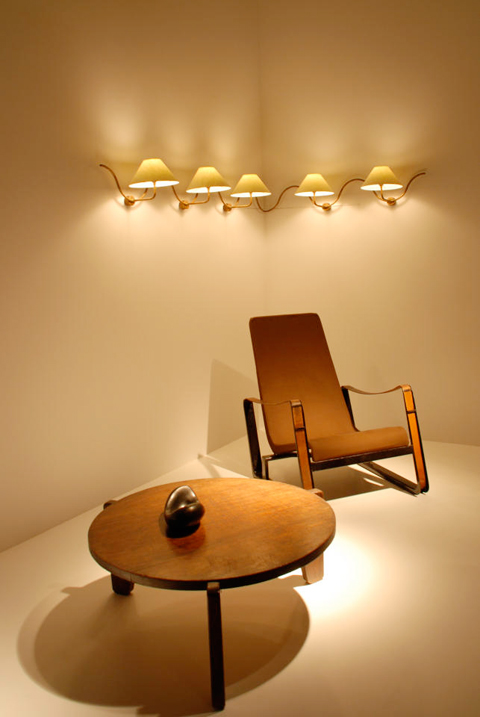 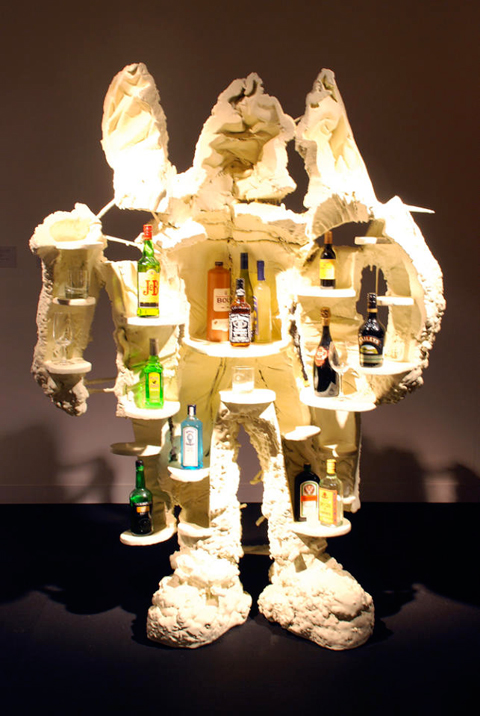 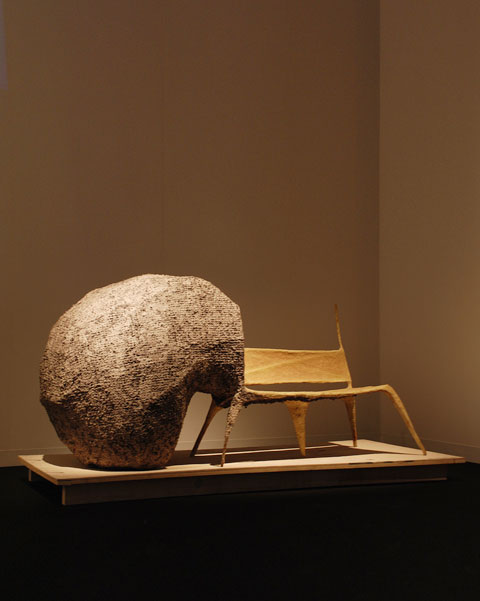 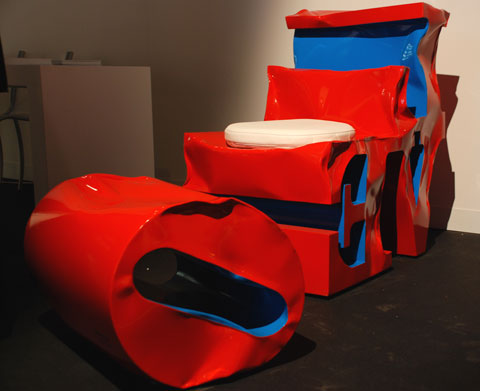 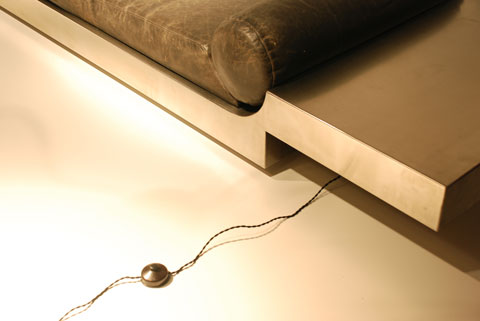