For a long time a building site, in December 2010 the doors of the new Museo del Novecento in Milan finally opened. It is lodged in the former Palazzo dell'Arengario opposite Galleria Vittorio Emanuele II on Piazza del Duomo. The palazzo is the brainchild of architects Portaluppi, Muzio, Magistretti and Griffini, back in 1937. Initially used as an office building, in 2007 work started converting it into a museum according to plans by Italo Rota and Fabio Fornasari. Museo del Novecento houses the City of Milan Art Collection, which stands out above all for its marvelous collection of works of "Futurismo".

From Piazza del Duomo you can also see the 100-meter-long neon sculpture by Lucio Fontana dating from the 1950s. You can also walk up the spiral ramp from the Piazza Duomo subway station into the museum. There, some of the masterpieces are already on show, such as the Giorgio de Chirico's sculptures of the "Bagni Misteriosi" and Pellizza da Volpedo's painting of "Il quatro stato". Inside the museum, visitors can wander around the permanent exhibition of the collection, which coves several floors, and the temporary exhibitions. On April 14, the exhibition on "Fuori! Art and urban space 1968-1976" opens, curated by Silvia Bignami and Alessandra Pioselli, a show with works by Paola Pivi and a selection of drawings from the Boschi di Stefano collection chosen by Alessandro Mendini. 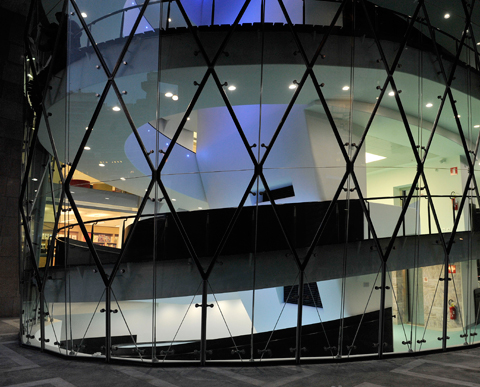 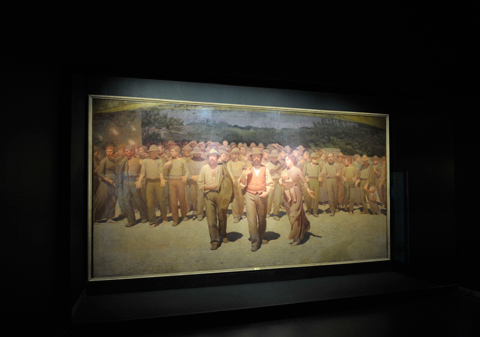 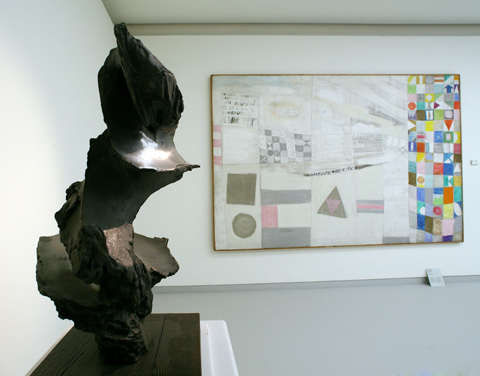 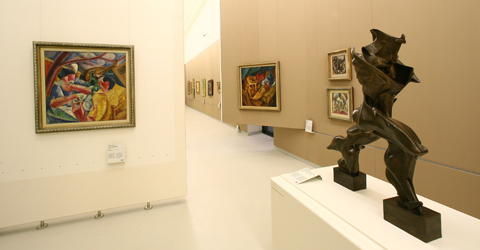 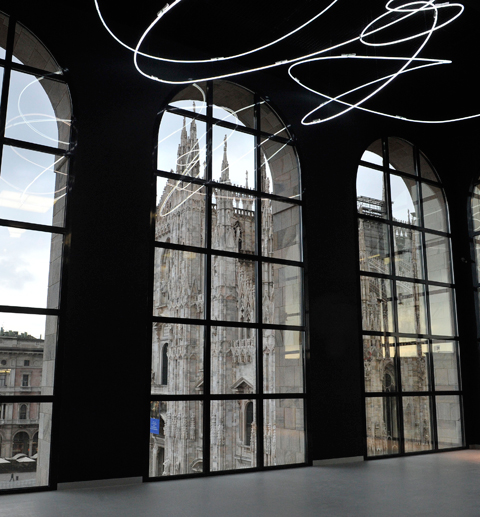 View of the Museo del Novecento on the Dome of Milan, all photos: Gianni Congiu 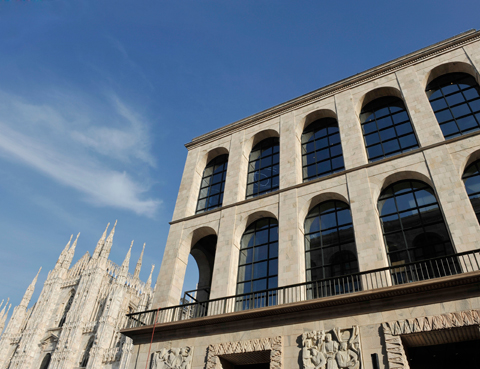 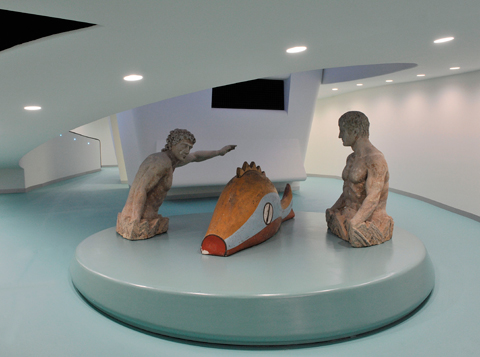 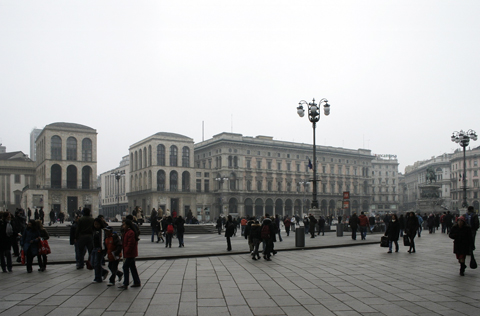 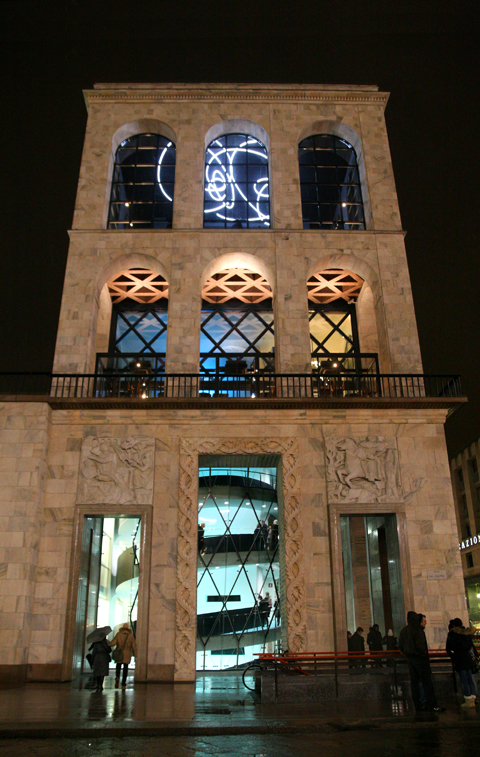