Living, pulsating, close to people’s hearts – in an old, rustic factory building the “Werkbundarchiv – Museum der Dinge” has found a new home in Berlin Kreuzberg, after years of wandering. The exhibition currently on show is entitled “Kampf der Dinge” (“Struggle between things”) and marks the 100th anniversary of the German Werkbund.

The climb to the rooms is at first irritating, you would think you were looking for a private detective. Are we supposed to take the elevator? Is it on the first floor? Two stories later, a small shop greets us with lovely things which almost ensnare us even before we have stepped inside the exhibition. There is a private atmosphere; we sit in the first and only row to watch the film and a nice young man later explains the structure of the exhibition to us.

The end of the exhibition is particularly successful. We have followed things step by step through time and in finishing they reach the here and now. Suddenly we are drawn from the passive position of observer into an active role and we ask ourselves: What is present? All at once, at this point the museum itself steps out of its conservative, established, well-known function. The museum mostly refers to the past. It collects, preserves, presents and documents things of times past. Yet it is at the end that the actual challenge arises: Who provides orientation today? Who judges, who chooses, who forms the canon? Are the propagated values of quality, objectivity, functionality still valid? What would be “in line with the Work Federation” today?

The Museum der Dinge sees itself as “an ‘institutional attempt’ at a contemporary form of social memory.” A long table with selected things which are lined up in categories and observed from different perspectives such as glass, blue, kitchen appliances, aluminum, and products of the white-label “ja!” brand, give visual form to the problem. A speaker offscreen names an angle, such as “round.” Then all the things corresponding to this criterion are illuminated. The sound of a circling coin comes through the loudspeaker. With “done,” paper tissues, a pasta strainer and many other things light up, and in the background you can hear the sounds of Velcro, a cigarette lighter and a bottle opener. Terms like “value for money,” “practical” and “innovative” follow.

Visitors are prepared for the end of the story beforehand. The exhibition is divided into two areas, namely, a “depot” and a “arguing central axis.” The depot, equal to a timeline of typologies, accompanies the central axis with many things. A topic is exhibited in every display case. “Save and project,” “body shapes,” “material/email,” “material/aluminum,” “post-War era,” “East German household” etc. The cases are packed to bursting. The things take up every space possible and together with the excellent arrangement and order, they convey a really precise impression of the things in their time.

The exhibition starts with black and white. Black things, white things and black and white things. Black and white stands for the confrontation of things, for Work Federation versus bulk goods, single piece versus industrially produced item, designer versus no name, for the “good” and the “bad” things. Visitors are encouraged to be ready for combat and the development of things can be dealt with at the following stations, the events in the history of the German Werkbund.

Yet it is not only the history of the German Werkbund that is richly illustrated with things, but also the periods which did not always coincide with the timeline of the Werkbund, but which were significant in the history of commodities. Thus, for example, the post-War period is included in the exhibition. For the “forced simplicity and objectivity of emergency products certainly had an influence on the population’s sense of taste,” as is written on one of the panels in the exhibition.

And at the end, we are left with open questions: How do we decide what we buy? Can Ikea be the designer of an epoch? Or can Stiftung Warentest be the judge of which products we choose? Do we trust the brand without personally testing the product? What are the things of our time? 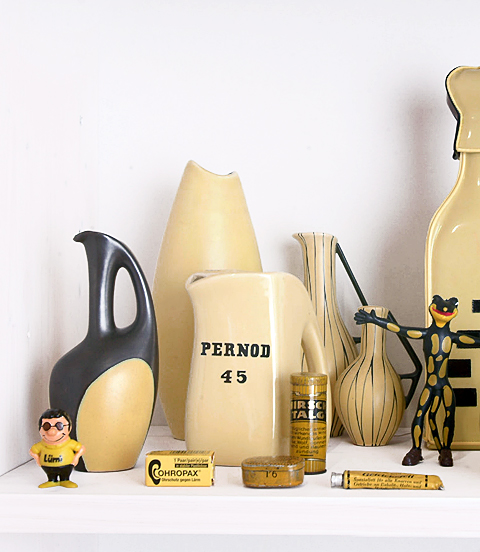 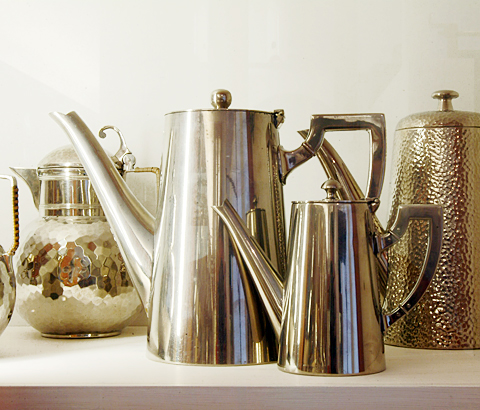 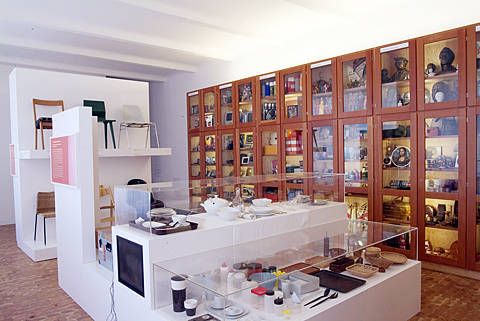 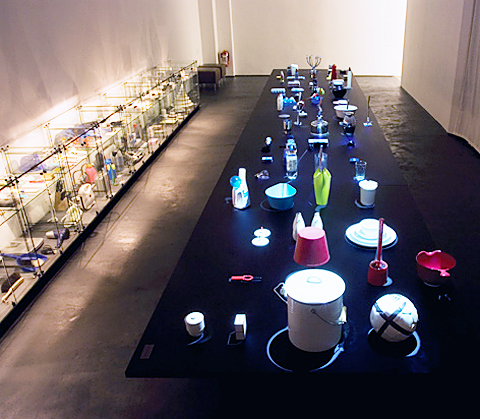 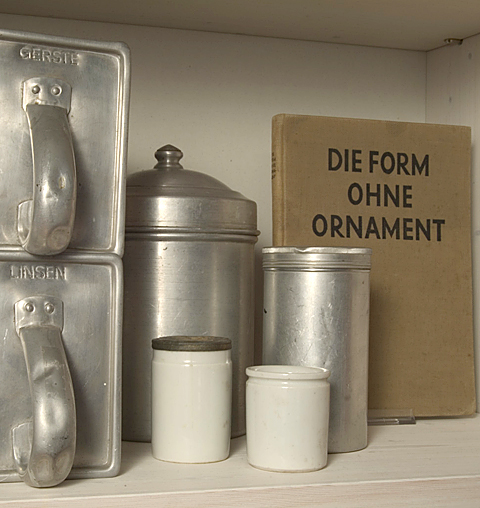 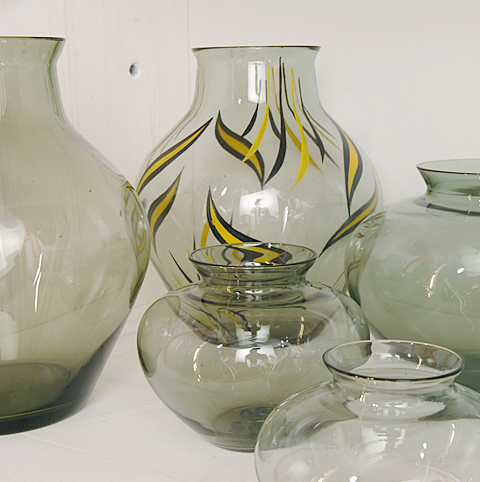 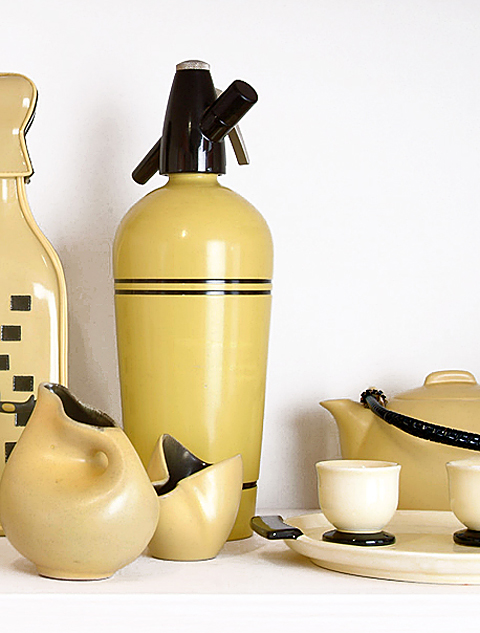 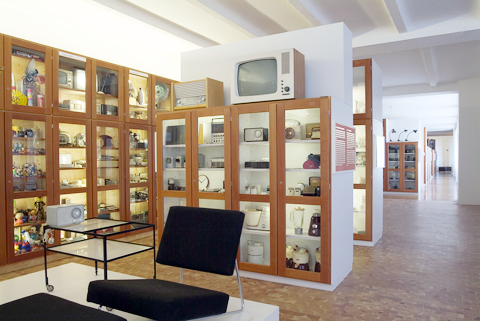