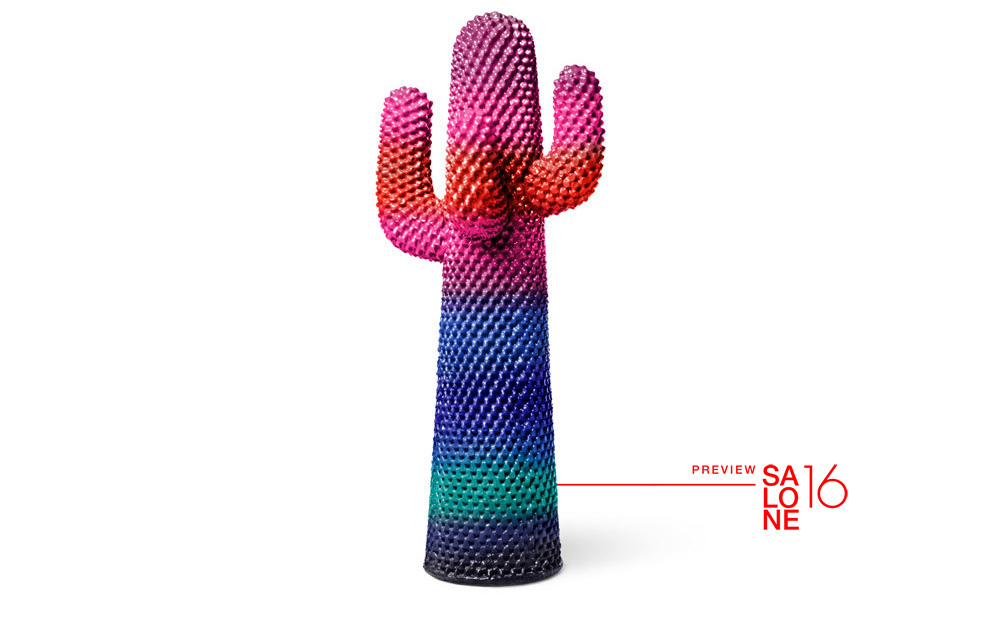 Paul Smith knows how to do it. And since the 1960s and 1970s are currently back in great demand in the world of design, he took the big green cactus that Guido Drocco and Franco Mello designed for Gufram in the typical Pop style of 1972 and gave it a psychedelic twist. Very colorful and very ironic.
It is not only quite officially named “Gufram & Paul Smith Psychedelic Cactus”, it also looks like a cactus on drugs. After all, the psychoactive substance mescaline is acquired from the (albeit considerably smaller) Peyote cactus (scientific name: Lophophora williamsii), which is also known as “the divine cactus”. So will the hallucinogenic interplay of colors in Sir Paul’s variation, which is available from Gufram in a limited edition of 169 units, be enough to get you high? (tw)