Germans are doing very well for themselves; at least when it comes to the condition of their homes or the wishes they have for this area of their lives. “We aren’t short of anything,” say eight out of ten Germans. To be more precise: 79 percent – according to their own assessment – live in a near-perfect home. That’s 24 percent more than reported by the “Neues vom Wohnen der Deutschen (West)”, which Cologne-born sociologist Alphons Silbermann conducted in former West Germany in 1989. What may sound like an almost ideal situation seems to be a rather bitter pill for the furniture industry to swallow. How are they supposed to do new business, when everything is already in place, and the demand for change in the residential space is limited? For Leo Lübke, however, the results of the study “Deutschland privat – So wohnen und leben die Deutschen 2012” are a confirmation of his own company’s offering. “With our products we have created values that will last for decades.” The CEO of Interlübke commissioned the study on occasion of the company’s 75th anniversary.

Leo Lübke speaks of furniture as a cultural asset and certainly hits the nail on the head with this assessment, for (as has always been the case) a well-decorated home is of major significance for German people, and even comes before their free time. Even if Klaus-Peter Schöppner from TNS Emnid, who compiled the study based upon the results of a representative telephone survey conducted at the end of February 2012, remarks that “living has changed since 1989.” Since that time factors such as the layout of the rooms, their use and the amount of technology that fills them have altered considerably. But what has remained is the desire for high-quality décor; a desire that becomes more prominent with age, says the opinion pollster. It is something that does not come to us naturally but is “acquired” over the course of our lives. Many enter into the world of interior design by means of DIY furniture bought from a furniture store, in most cases from Ikea. It is only when they enter into the third round of decorating and renovating that a substantial proportion of buyers turn to high-quality suppliers in specialist stores. “This is where we come into play with the sales argument of value and durability,” comments Leo Lübke, even though the current study suggests that Germans still have little brand awareness when it comes to buying furniture (just 14 percent).

So do furniture brands find themselves in a bad position? Well, they probably stand more of a chance if their brand communication is implemented in the right places. According to the study, 51 percent of customers tend to use the Internet during the first buying phase, gathering information and orientating themselves in the market. Almost ten percent less (42) look to interior design magazines before making a purchase decision. The majority of buyers then turn to in specialist stores for advice (66 percent), which subsequently leads to a shift in customer-retailer relations. Klaus-Peter Schöppner: “Customers are much better informed, and so the consultative situation in specialist stores has changed dramatically.”

But what do customers want when buying furniture? In Germany first and foremost, no too much experimentation, which already becomes clear as soon as one considers the layout of their homes. In many cases, the living areas remain neatly separated. This may be due to existing floor plans, which cannot be changed at a whim. But the national mindset clearly figures here too. “Germans are very traditional,” discerns Leo Lübke, “in smaller countries such as the Netherlands or Belgium a greater freedom reigns when it comes to new living.”

In Germany, a bedroom is a bedroom and nothing else, say 85 percent of those surveyed. 11 percent of them have also incorporated a work niche into this space, but that’s as far as it goes. The situation is somewhat different in the living room. More than half (51 percent) use the living room for just that, but 40 percent combine this living space with the dining area, while others integrate other functions such as working and sleeping. Unexpected in its candor, the studies clears up some of the projected trends that (still) dominate the imagery of advertising. The rendezvous between the kitchen and the living space seems to have been more of a brief flirt or an extravagant fantasy. For 73 percent of Germans the kitchen remains autarkic, only 21 percent have integrated the living and dining room, and living rooms that incorporate a kitchen are very unusual indeed (three percent).

Evidently, barely a single thought is given to new living environments and seating elements have also successfully defended their regular spot. For 95 percent of Germans upholstered furniture is a must for the living room. Berlin designer Werner Aisslinger, who has designed a number of pieces for Interlübke over the past years, may not see “any particular styles in homes, but rather collages,” but even when materials and shapes mix with one another and overlap, there doesn’t seem to be much room for new things in German homes, even though the average residential space boasts 96 square meters – an astonishingly high figure. Aisslinger: “New ways of living are trickling through, albeit slowly.”

492 euros a year for furniture

So if in principle everything in German homes is already in the right place, where is the sales potential? Fact is that in Germany there is continuous investment in the home. According to the Federal Statistics Office, in 2008 each German household spent on average 492 euros on furniture and furnishings. This was almost as much as spent on women’s clothing (516 euros). As per the current study, women’s fondness for textiles also manifests itself in their own four walls. 91 percent of women elected for drapes (men 82 percent), while 68 percent went for carpets (men 54 percent). In contrast, men confirmed their love of technology. 78 percent consider a sound system indispensable (women 71 percent), and 55 percent seek fulfillment in shelving and other modular furniture systems (women 46 percent). One could quickly drown in all of the numbers that result from such surveys and statistics but now we find ourselves back at our initial question: Which concrete demands and wishes now persist when it comes to the home?

The current study provides a number of indications. Natural elements such as wood have retained their popularity (38 percent), even though there has been a considerable decrease of 11 percent since 1989. Instead, light and white tones have taken a huge leap forward, going up by 17 percent on the popularity scale (33 percent). A development that is the cause of quite some satisfaction for Leo Lübke: “We consider the current trend toward white as a confirmation of our work in the 1960s.” At the time, Interlübke had introduced a white high-gloss finish for its “infinite” wall units. Now this color trend lives on and the desire for practical wall units remains above average (57 percent). Yet according to the study in many areas it is the individual that is taking center stage; it is now personal preferences that make the decisions regarding interior design, not the dictates of society. And these preferences are not necessarily related to taste but are often entirely practical. One example is the elderly’s wish for improvements in the utilization of furniture. Optimized handles or recessed grips ensure ease of use, while illuminated cupboards allow them to find what they are looking for with ease. In this context, experts speak of universal design, but that’s another topic for another day.

Even though Interlübke conceived the study as a “gift to the nation” on the occasion of the company’s anniversary, the company’s economic considerations clearly play a role here: How can we “take social developments into consideration” for our business? In addition to the key points published, the survey “provided many additional insights that we will carefully evaluate for our company,” said Lübke. Can and should the survey results be channeled directly into product development? In practice, this is probably a rather difficult undertaking, for opinion polls can only illustrate the respective current wishes. What makes it onto each person’s home wish list today is something that a survey cannot record, whether these wishes are made a reality or not remains unknown. In such a way, the results of opinion polls are often misinterpreted as reliable pointers.

So, with the “Deutschland privat” study Interlübke has in the first instance created an extensive inventory of living conditions in Germany in 2012. And whether the ideas and wishes documented there will endure or whether, owing to personal, economic or social developments, they will move in another direction is something we will only be able to ascertain in retrospect.

Link to the results of the study (German):
www.interluebke.de

Development of furniture between 1937 until 1963, photos © Interlübke 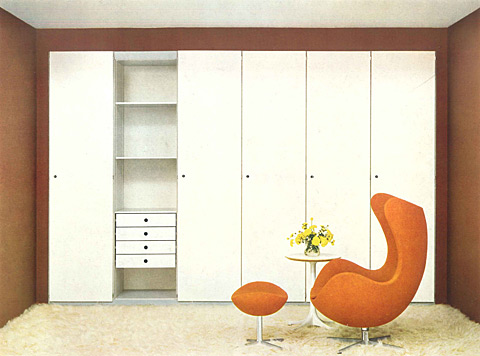 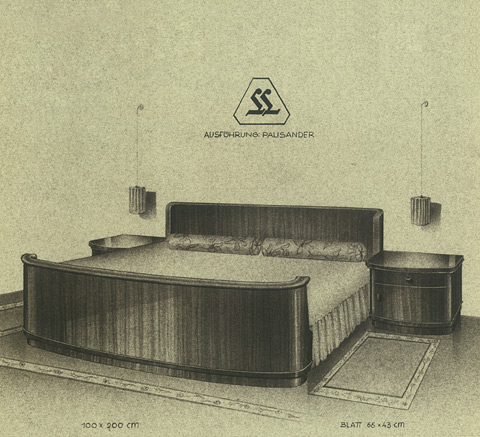 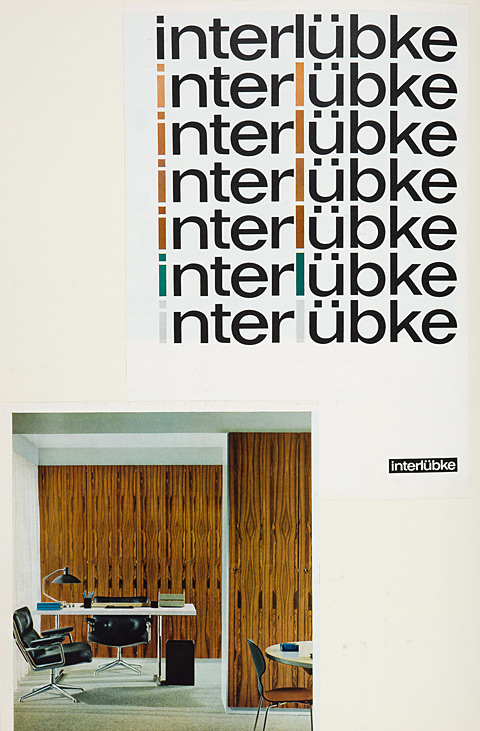 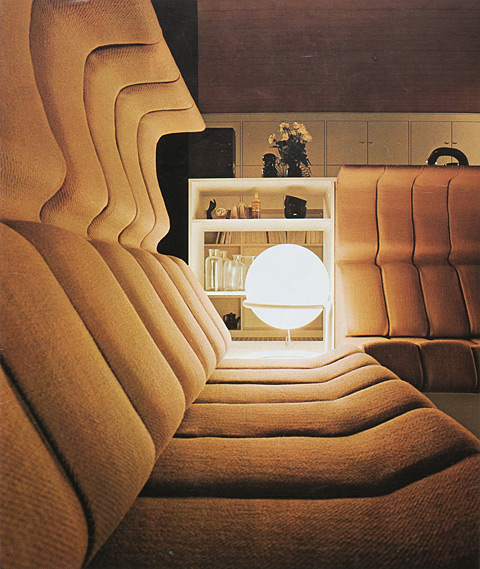 Staging from the 1970s, photo © Interlübke 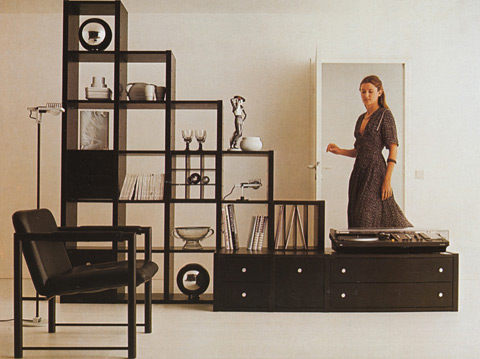 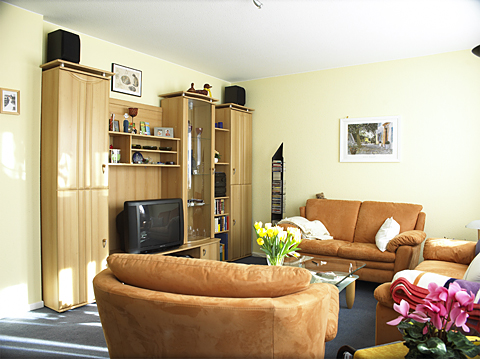 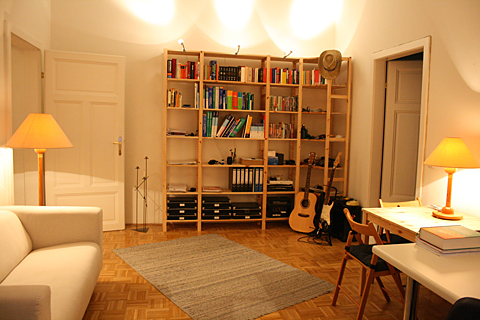 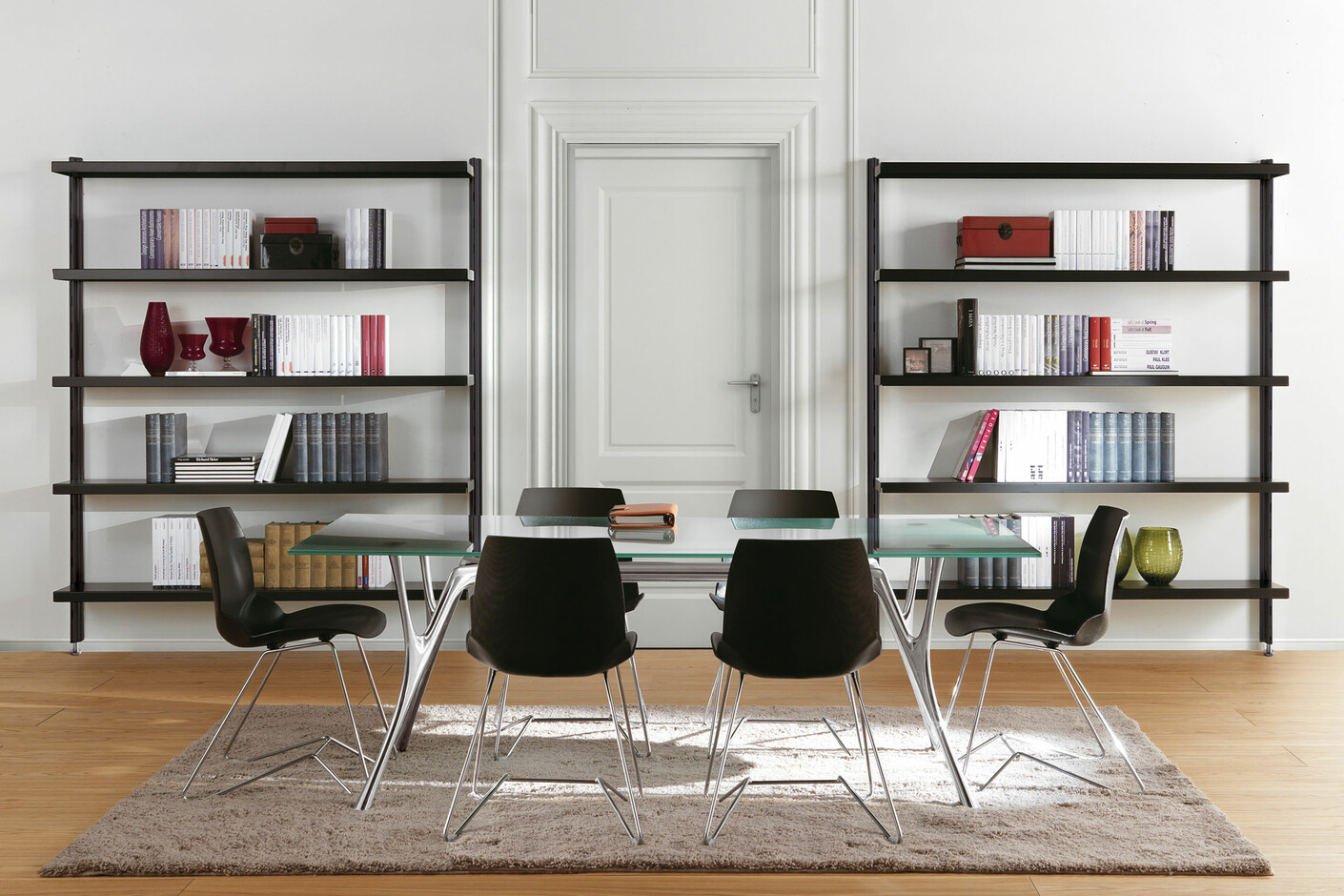 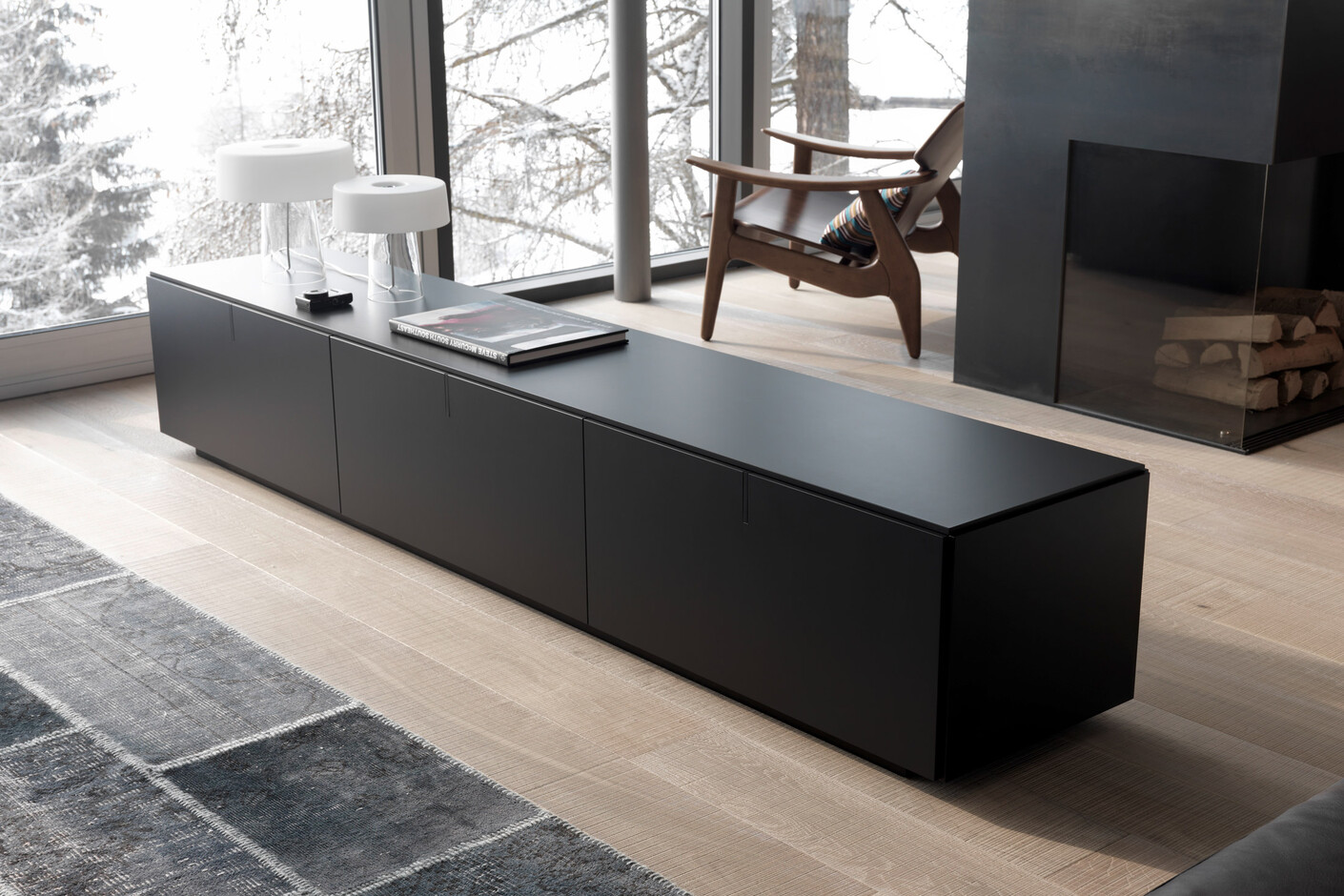 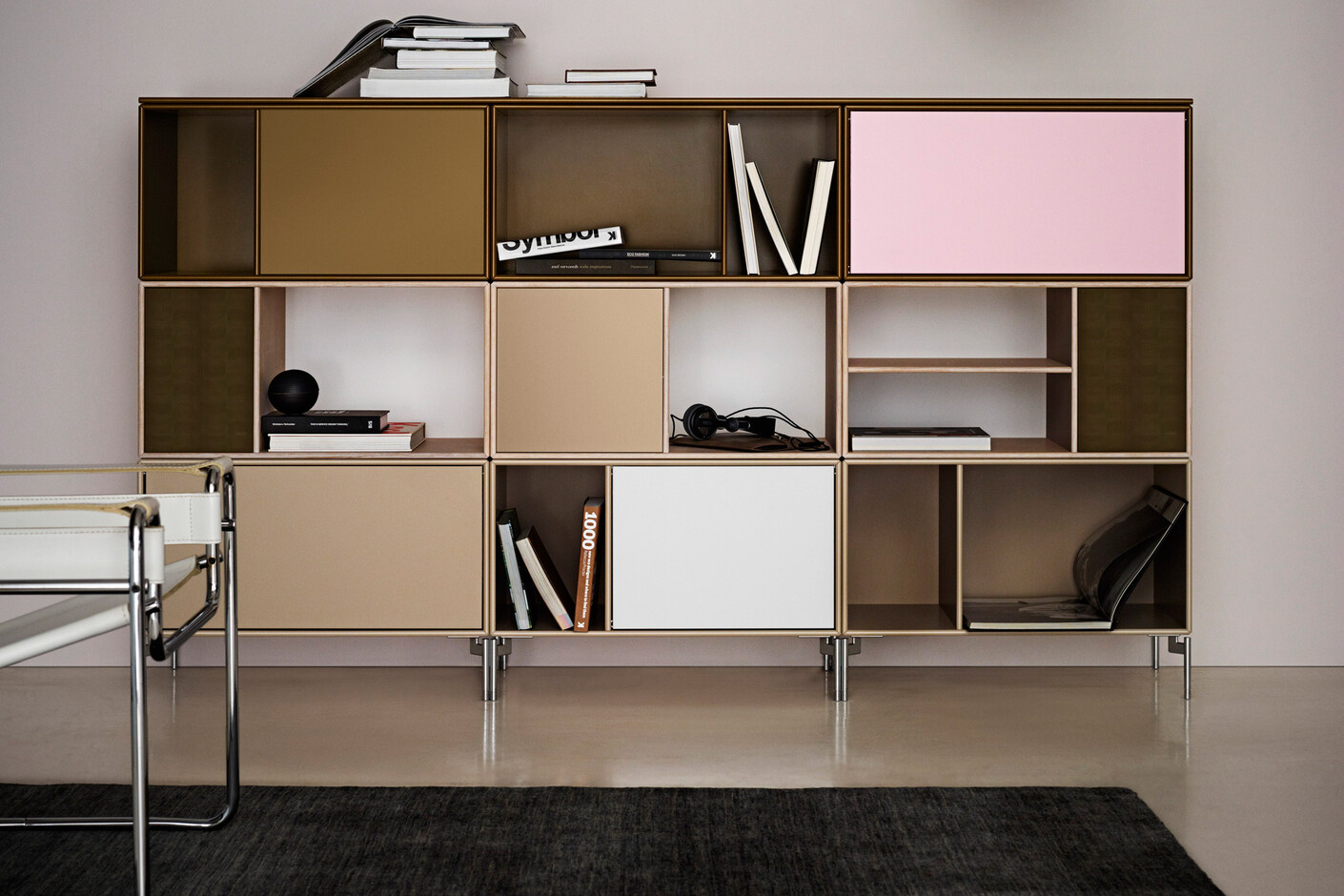 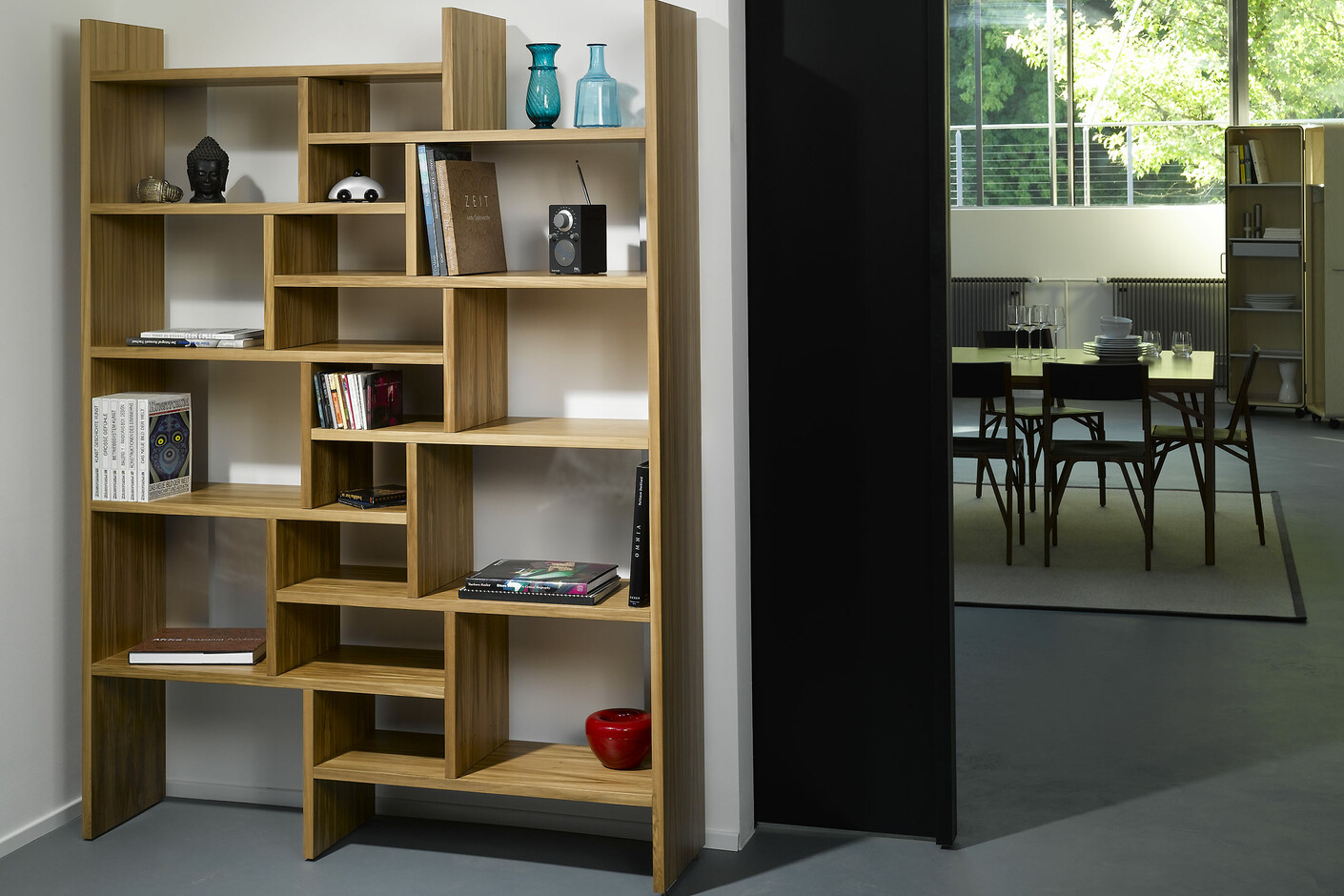 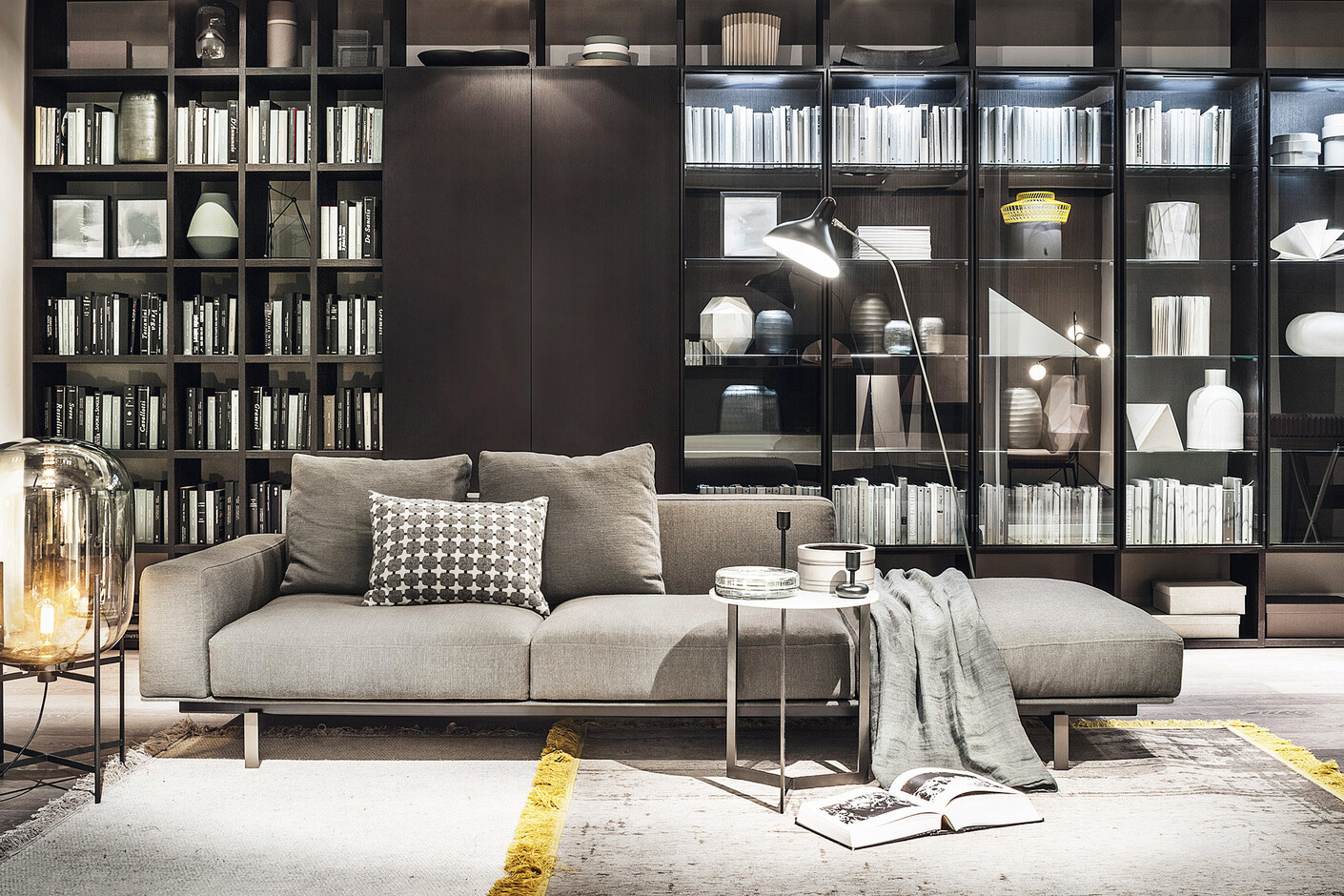 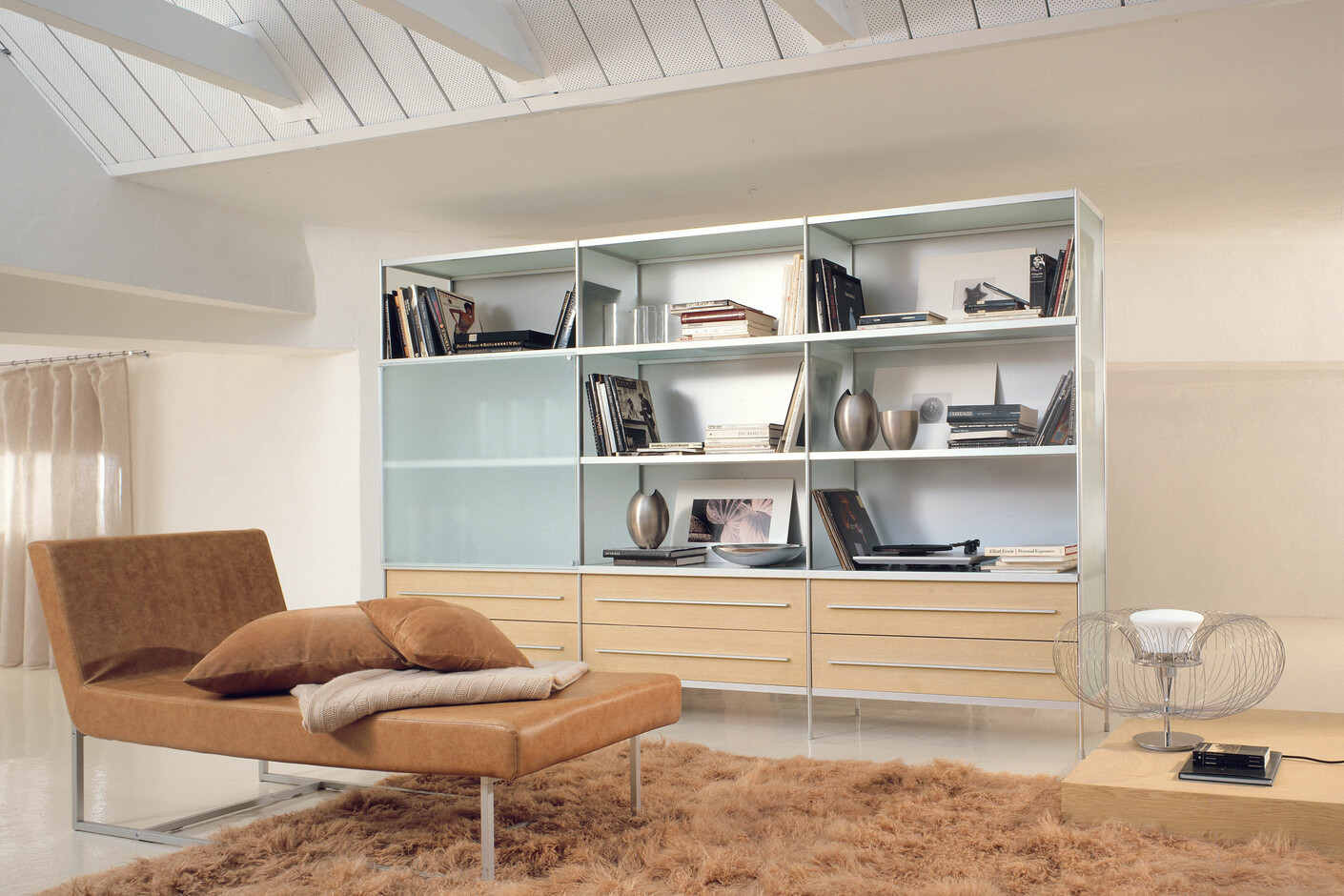 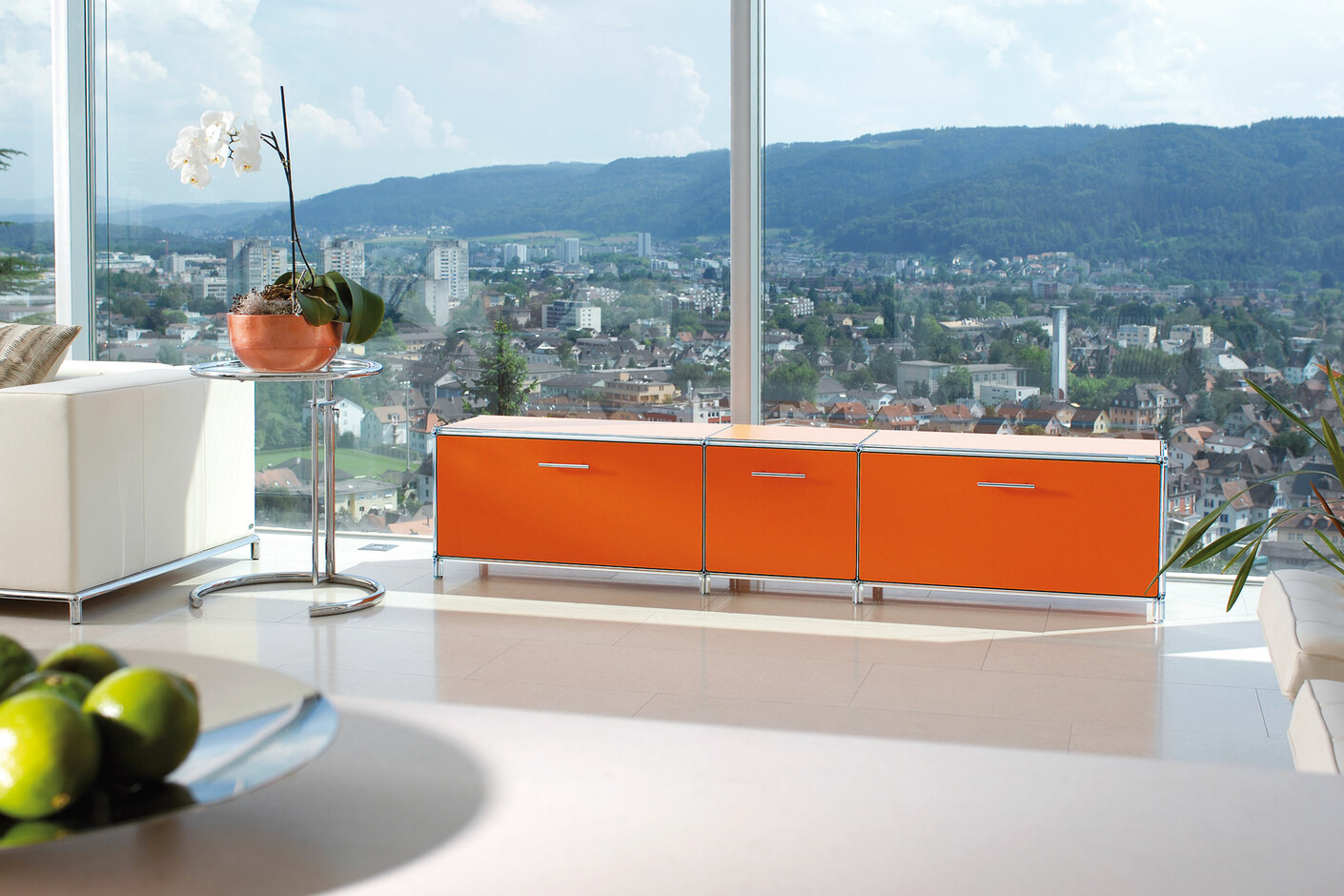