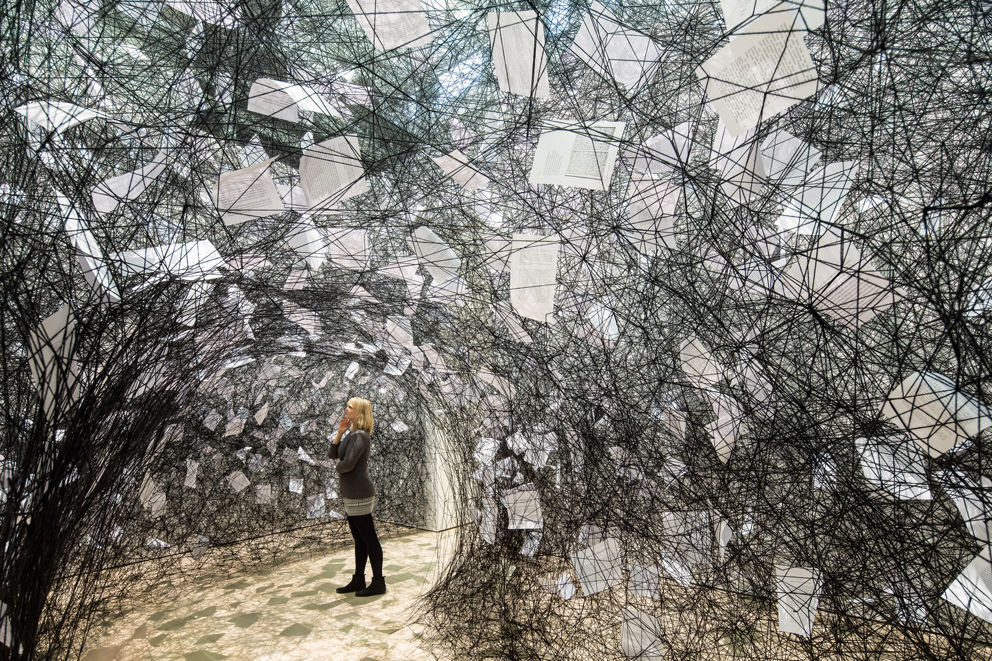 All theory is a gray matter, but color itself is of substance. You only have to look more closely, best of all borrowing the eyes of a painter: For Van Gogh, “a gray that is woven from red, blue, yellow, off-white and black threads” was a “teeming color” next to which all things monochrome seemed “hard, cold and lifeless”. In his 1884 painting “Weaver’s Cottage” a craftsman is producing an artful work, “balancing in the colored checks the most garish of colors finely such that instead of a strident effect, the pattern’s effet produit is harmonious from a certain distance.”

A view from a distance was something that Van Gogh the painter imposed as a condition for viewing cloths, carpets, the woven and the knotted. And the curators at Kunstmuseum Wolfsburg abide by it when combining pure aesthetics and art crafts in “Art & Textiles”. In the juxtaposition of “works” and “objects”, for example Joseph Beuys’ archaic felt mantle and an equally no-frills shepherd’s coat from Turkey, the distance a museum can provide is upheld, the textures and lines, the carpet knots and the canvas cross-hatching is evident to the eye, but cannot be touched.

Finally, the shadow labyrinths of a François Morellet created by multiple superimpositions of filigree net structures or Brice Marden’s silhouettes conjured up in oil in a trompe-l’oeil idiom, Dorothea Tanning’s plumpish soft fabric sculptures, and Mike Kelley’s consciously “un-masculine” attempts at sewing with soft-toy animals are all tailored to an art space. Magdalena Abakanowicz relies on “disorderly” handicrafts full of faults in the weave to fabricate a bridge between art’s abstract ideals and the virtuoso refinement of crude material by craftspeople. She goes on record as saying “if I lend an idea a shape, my hands are always transposing something that cannot be grasped in conceptual terms” but we experience this “revelation of the unconscious” only from a due distance, as a still life on an antiseptic museum wall.

The phenomenon of the fold is presented even more impressively, if likewise unapproachably – the fold has played such a strong role in art history and theory, culminating in Robert Morris’ seven-fingered black felt monument, which hangs down to the floor where it bulges. Such art, defined solely by its very fabric, textile material, contrasts with pieces such as Felix Valloton’s painting “Nude in an Interior” or Pistoletto’s installation with a plaster copy of a statue of Venus standing before a pile of clothes that towers up behind it. Here, the human body and with it the space come into play.

As “Threads in Space” as a literal “unraveling” of a roll of fabric, in 1942 in one of the Surrealist exhibitions Marcel Duchamp rolled several miles of yarn through the museum rooms. In her meters-thick skein “Out of Touch”, made in 1988, Liz Larner references Duchamp’s installation, turning it outside in. While Mona Hatoum, Chiharu Shiota and Peter Kogler vary the labyrinthine theme of the endless thread with strands of barbed wire hanging down close to one another, a rampant matrix or computer loops dancing confusingly across four walls at once.

The artists’ yarn is recaptured and truly “condensed” in the topic of “clothes”. To visualize the “birth of the abstract from the spirit of fabric” at the very beginning of the richly woven show a plain Peruvian poncho, with stylized ornamentation, hangs alongside geometric patterns designed in the Bauhaus workshops.

Reduced with aesthetic rigor to their mere function, “clothes” are then traced in architecture, for example in Mies van der Rohe’s model for a glass façade as the outer skin of a high-rise – essentially a “curtain” wall, which was the title Gerhard Richter chose in 1964 for three oil sketches on a strip of fabric, or was he simply canvassing support?

It wasn’t just a change of clothes that was on the agenda, nor the emperor’s new clothes. Rather, back then the focus was on a fundamental exploration of new materials, new potential for art. In 1969 Blinky Palermo mounted cotton and nettle in different green tones on a wooden frame and declared it a “painting”, thus entering a new, if not completely unknown cosmos of images. Precisely this third dimension is missing in the works of Alighiero e Boetti, who had Afghani women use an ancient crafts tradition to embroider his politically catching images of modern war onto carpets in the form of tanks and bombers. At least technically speaking, a counter pole to this is Gerhard Richter, who transformed his 1990 abstract painting using digital photography and weaving to create fourfold tapestries “Abdu”, “Iblan”, “Musa” and “Yusuf” in 2009. He went for a Jacquard loom, meaning the very first loom to be controlled by punched cards. The result is a strangely cold explosion of color and now hangs in Wolfsburg alongside a Medieval tapestry from Cluny, a “Millefleurs” seemingly shot through and covered with 1,000 tender blossoms. The fabric of art that would have appealed even to Van Gogh, who on spotting the forest floor covered with decaying leaves declared: “I can’t conceive of a carpet that is as marvelous as this deep reddish brown glowing in the autumn evening sun shining through the trees.” 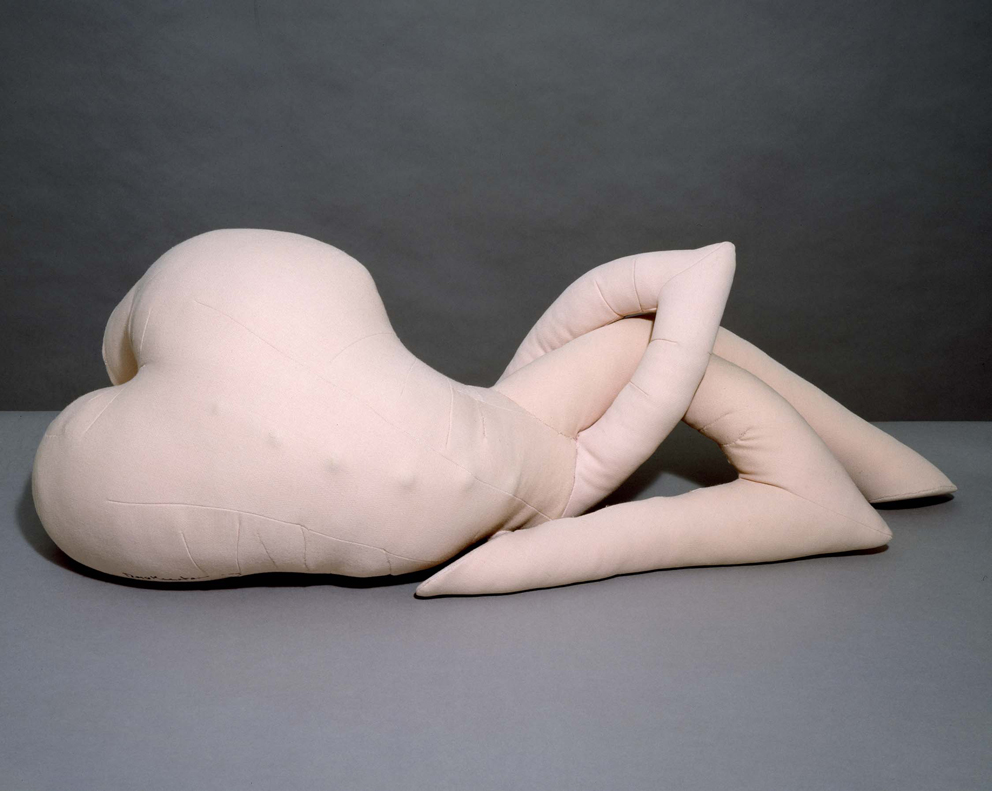 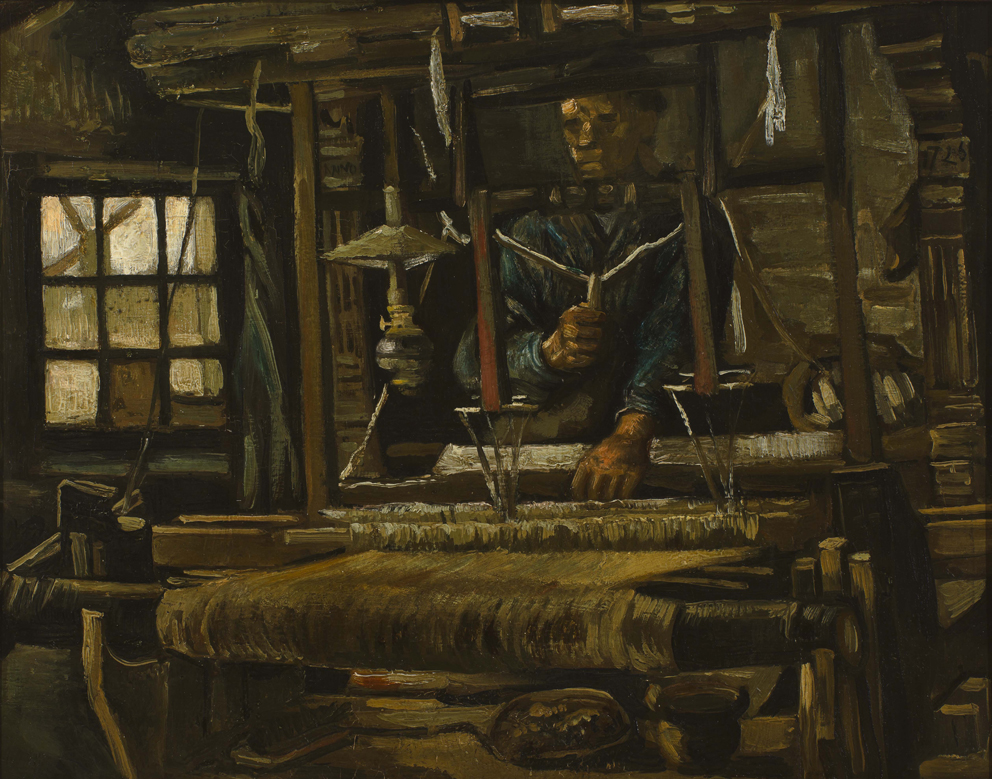 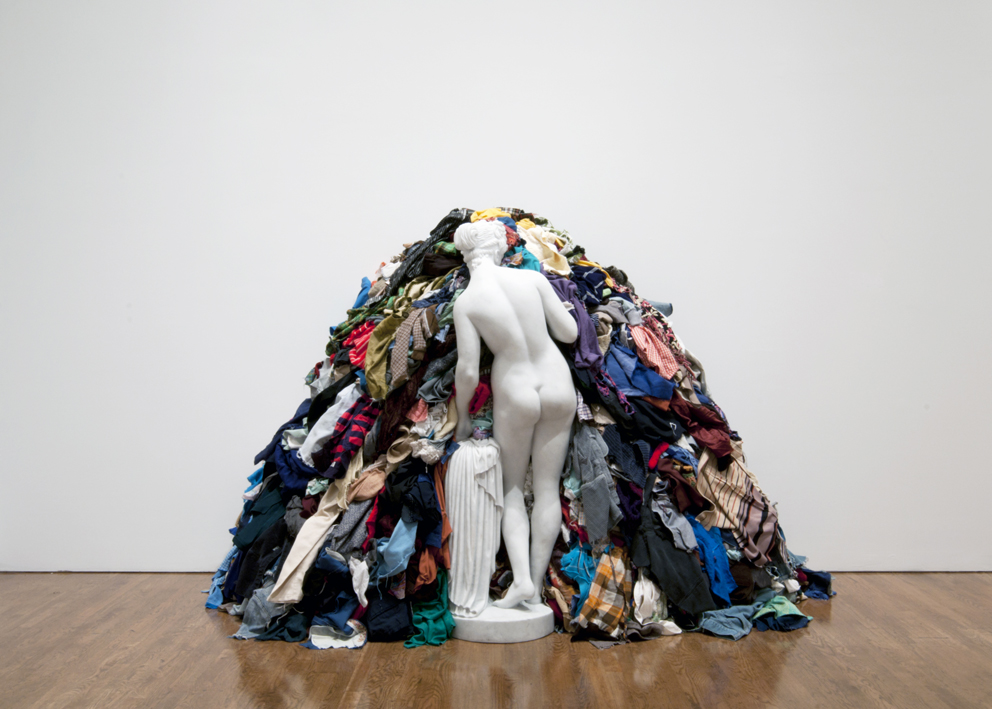 Here, the human body and with it the space come into play: Michelangelo Pistoletto’s “Venus of the Rags“, 1967, Cittadellarte – Fondazione Pistoletto, Biella. Photo © Courtesy Philadelphia Museum of Art 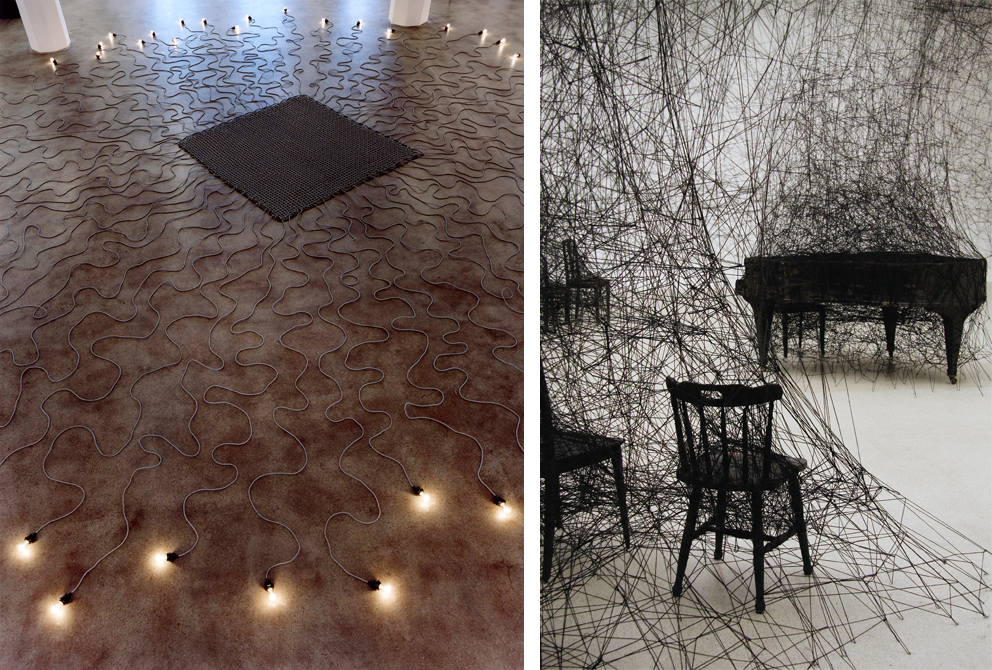 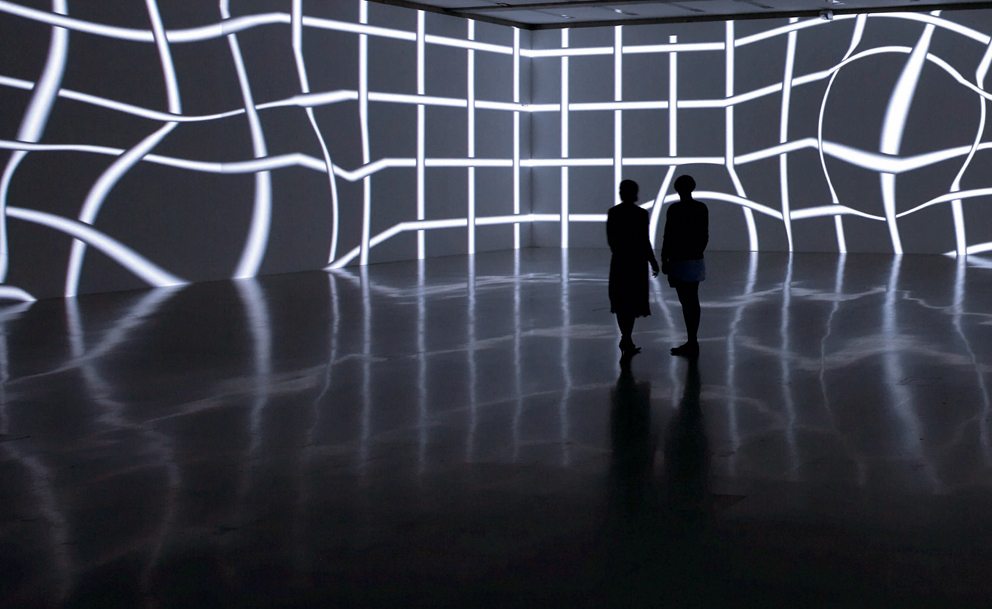 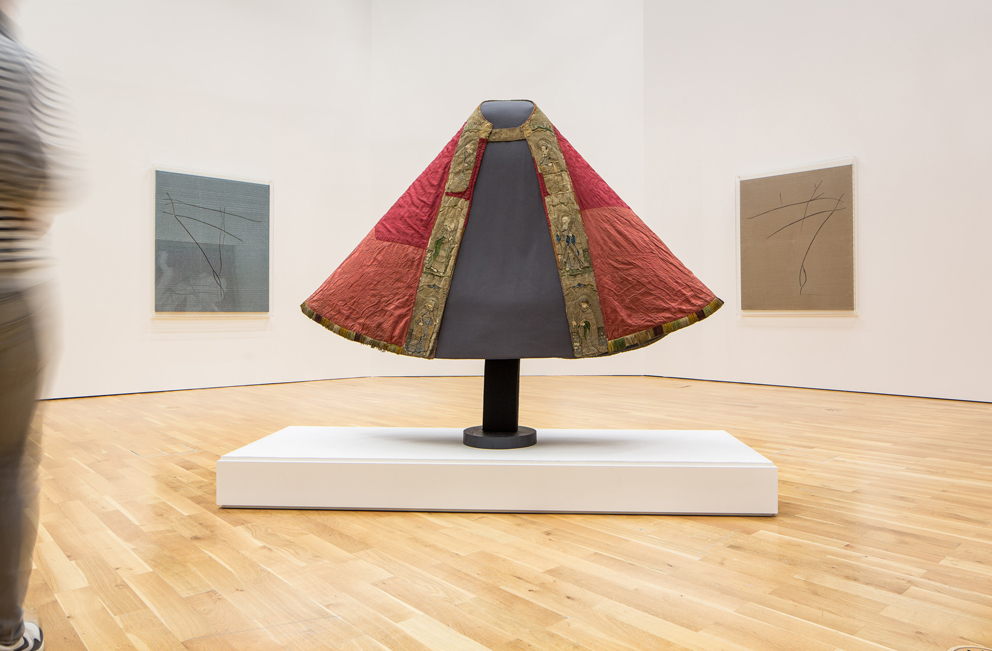 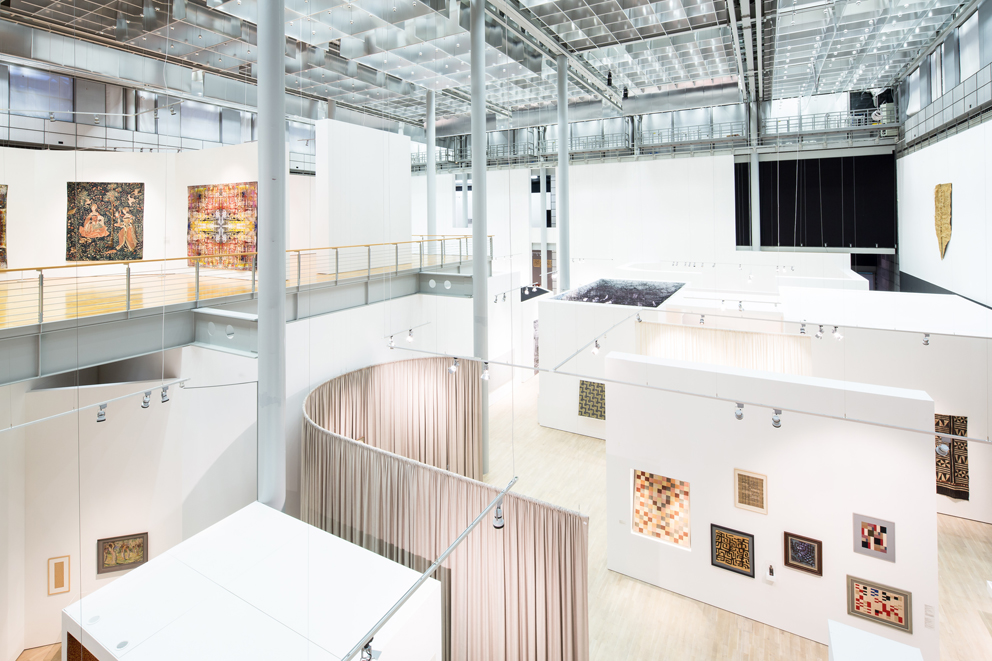