N = N quite simply means: Nichetto = Nendo or Nendo = Nichetto. But it also stands for a highly productive dialog between Luca and Oki, Nichetto and Sato, Italy and Japan, Venice and Tokyo. First the two designers met for a coffee and had a chat about design and collaborations between designers such as Sottsass and Kuramata. Then they started trying it out themselves.

Oki Sato came up with an idea of how to make it work without the two being in the same place. Japanese poetry even played its part here. For there is a method in Japanese poetry whereby one person begins and writes the first few lines – kami no ku – while the other then finishes the poem – shimo no ku. So, Oki sent his draft ideas to Luca, who continued work on them. And Luca sent his to Oki, who got to work developing them. And so it went back and forth in just a few days; the result not only being a great many exciting sketches, but seven different products, and a friendship.

Moreover the pair, N + N, have given all the products born of their cooperative design process original names: “Shelves in a comic”, “Paper Ice Cream” or “Fish skin on the roof”, to name just a few. What could have been more fitting than to ask at least one of the two to answer a few of our questions about their creative formula N = N? Luca stepped up. Here are his answers.
Esther Schulze-Tsatsas: “N=N” or “Nichetto=Nendo” is the title of the project you will be presenting in Milan. Signore Nichetto, can you tell us a little more the collaboration?
Luca Nichetto: With the “Nichetto = Nendo” cooperation we want to show that it is possible for two very well-known designers (laughs) to work together in today’s world without seeing each other as competitors. They’re already doing this in the music industry, where there it is nothing unusual about two well-known musicians working together either just for fun or on a specific project, take Robert Plant from Led Zeppelin and Alison Krauss for instance. I – and Oki too – believe that in future it will become more and more common to create a network that unites different characters with different signatures. This makes the result that much more exciting, as there is not just one single perspective. Anyone planning a café, hotel or new product, for instance, likes to have access to several perspectives.
What form did your collaboration take?
Nichetto: Oki and I did not plan our cooperation in advance. It all came about spontaneously after we met in Japan. We both quickly discovered that there are lots of parallels between us – Oki was guest of honor at this year’s Stockholm Furniture Fair, I was guest of honor at the imm Cologne. We saw this as a sign that a new generation of designers is on the rise. We spoke over coffee about the past, about the collaboration between Ettore Sottsass and Shiro Kuramata – there used to be lots of collaborations between European and Japanese designers. And then we decided: It’s our turn! A while later, shortly before the Christmas holidays, Oki called me and told me about his idea of working with the Japanese method of joining verses together, called “kami no ku”. He sent me a bunch of drawings that gave me a few interesting ideas, which I sent back to him. It became a “ping-pong project”, because we were constantly sending ideas back and forth to each other. We both really enjoyed working freely and not having to focus on designing a marketable product.
Can you explain the “kami no ku” method? Where did the idea to adopt it come from?
Nichetto: Naturally it was Oki’s idea to work with a Japanese form of poetry. But I had also used this method previously in Stockholm, to work with my assistant in Italy. Oki likewise uses it when he’s away. It is a good way to communicate with your studio when you travel a lot. When we started working together it was great to discover how much we have in common. Although Oki and I have a very different design language and our product output is generally very different, we both use the same design process.
What characterizes the seven products resulting from your collaboration with Oki Sato? Is there something typically Venetian about them or more Japanese? Or is it irrelevant where you come from as long as you have good ideas?
Nichetto: It’s very difficult to say. There are both Japanese and Italian elements in the products. It is impossible to separate them or say who had more of an influence than the other. You have to decide that for yourself! 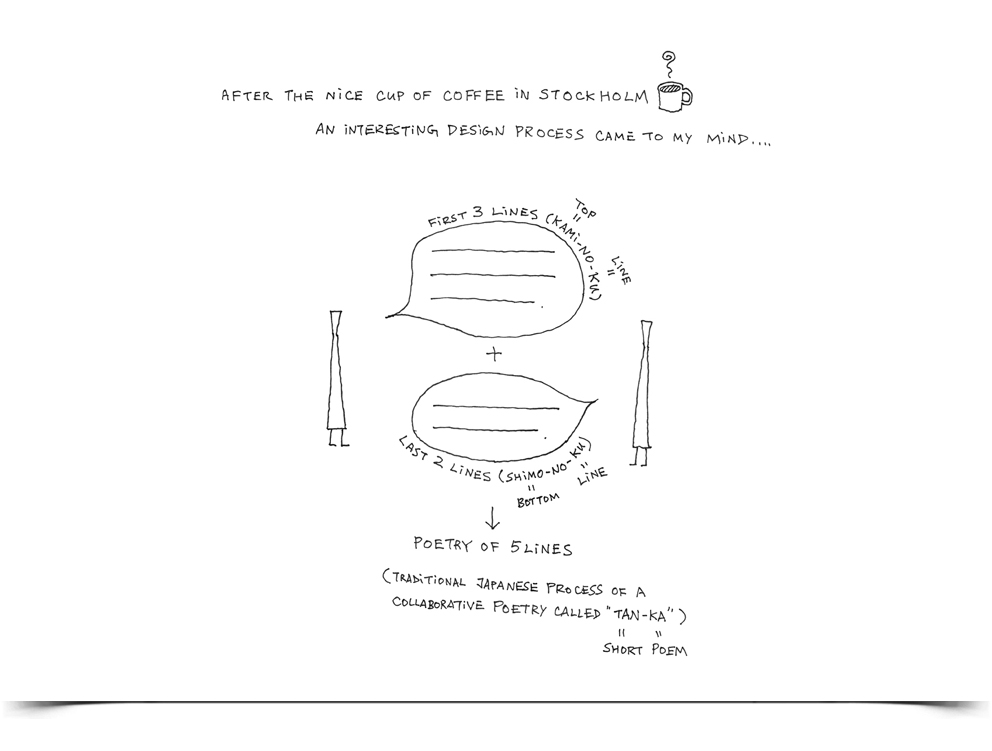 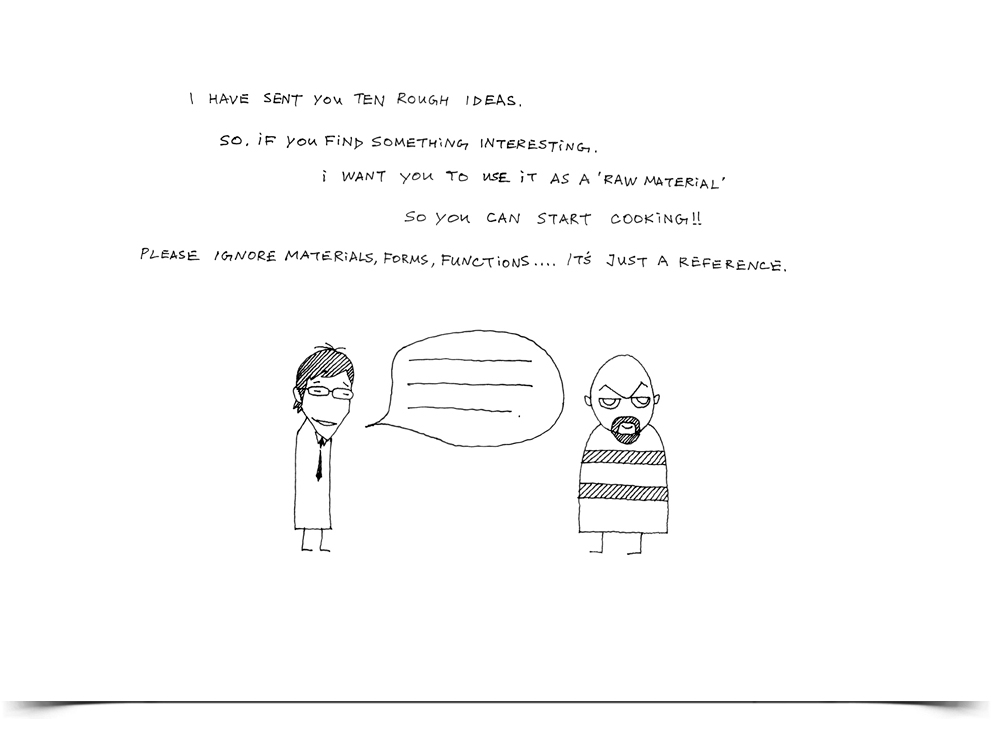 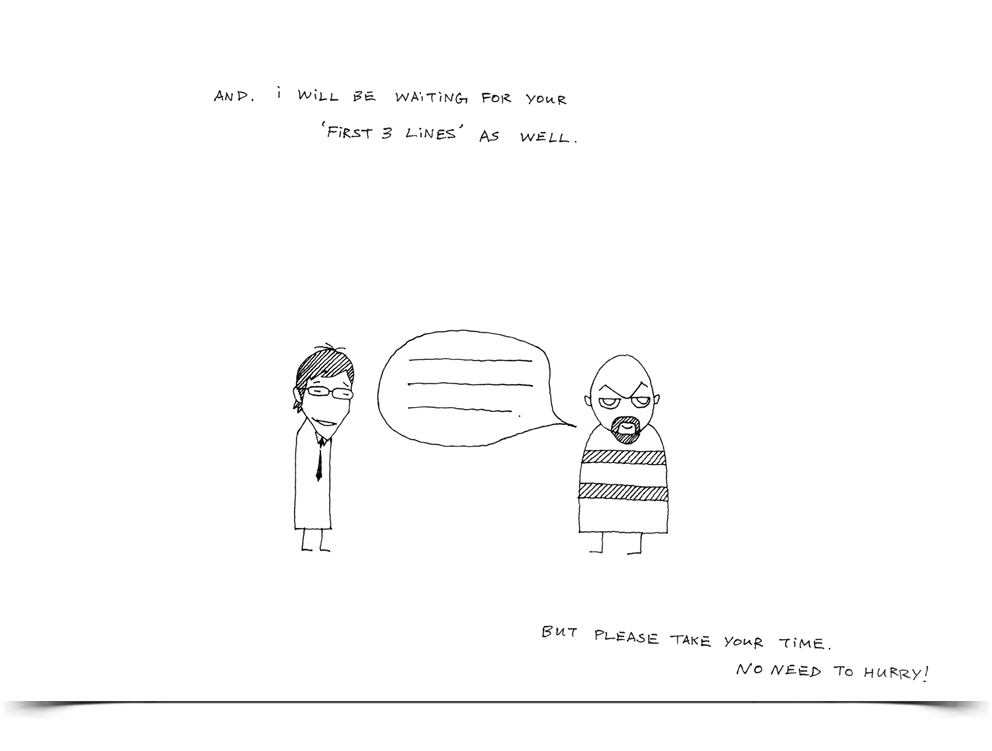 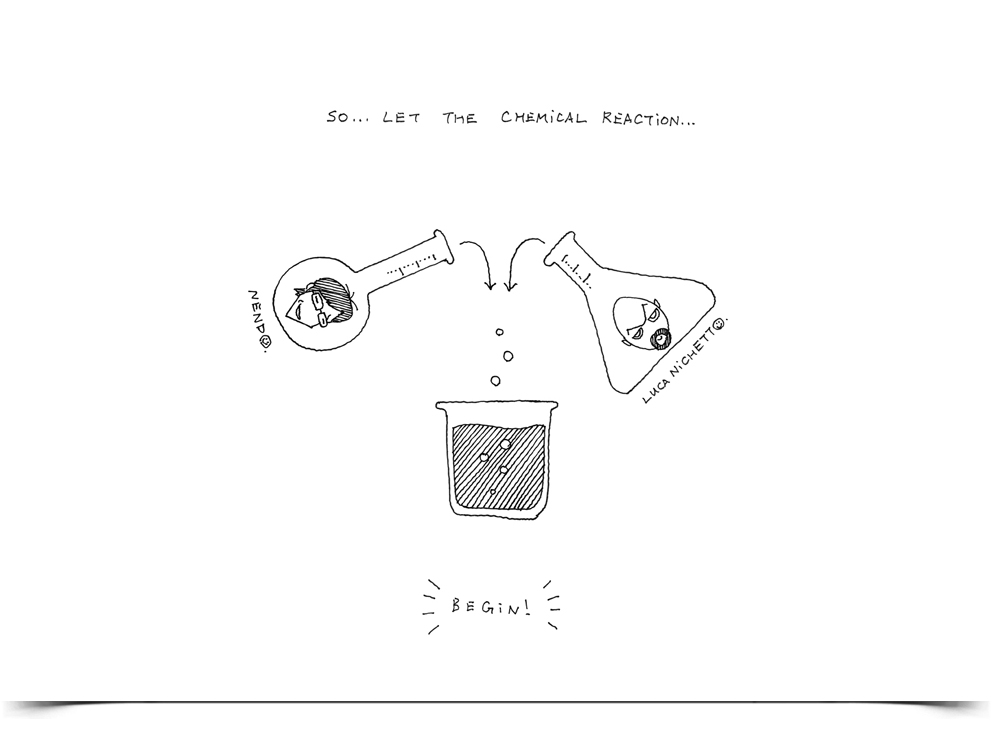 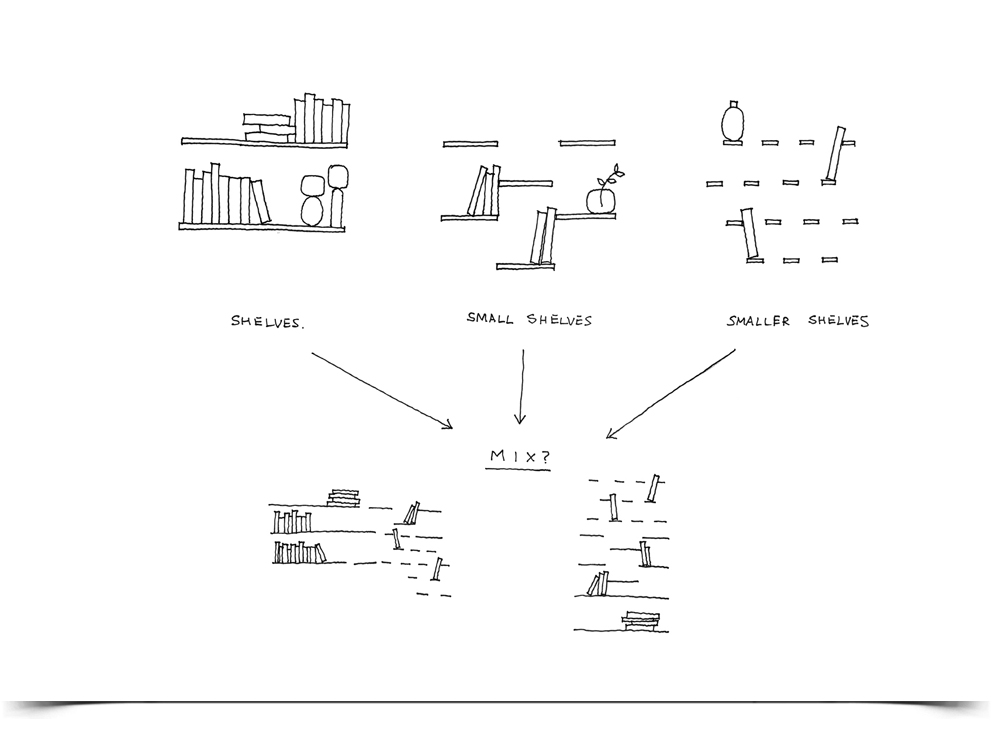 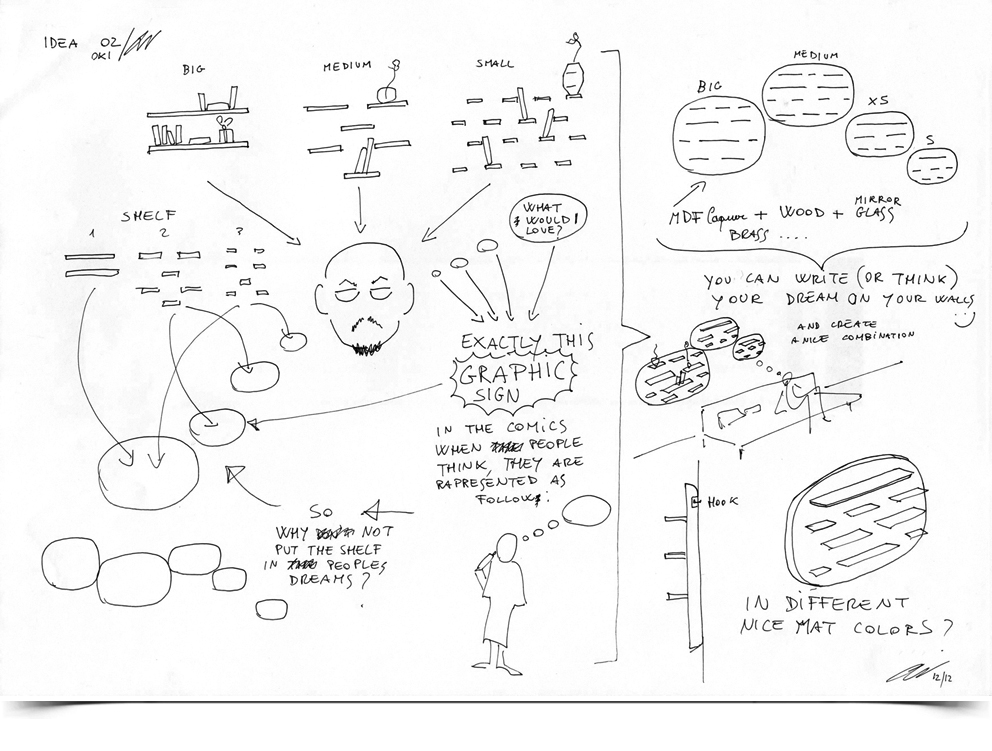 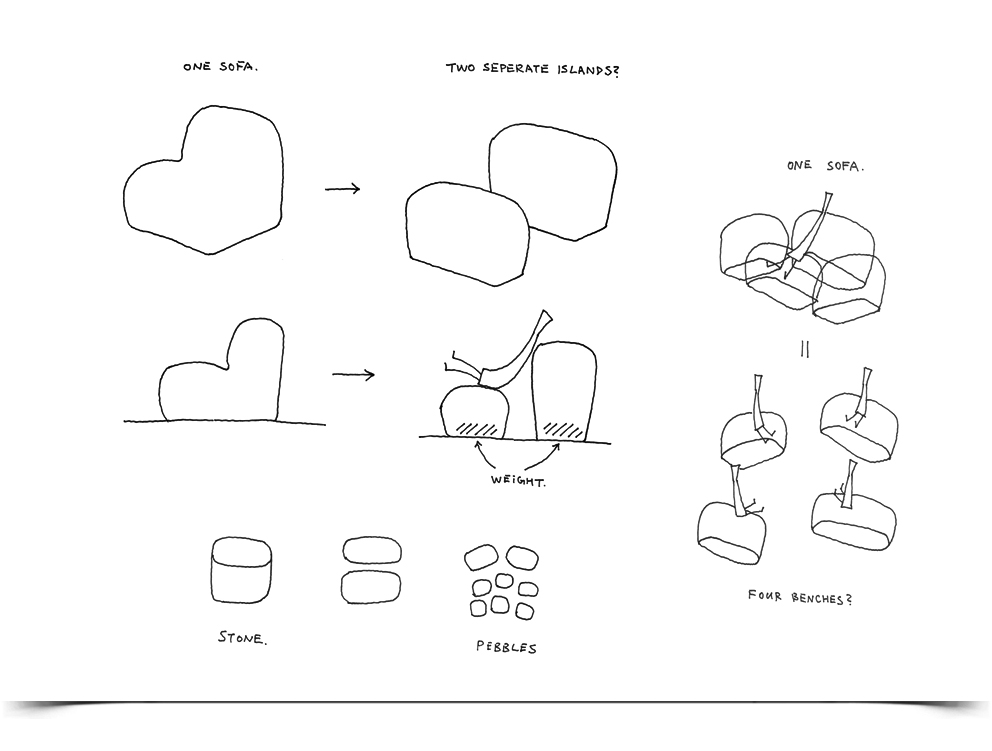 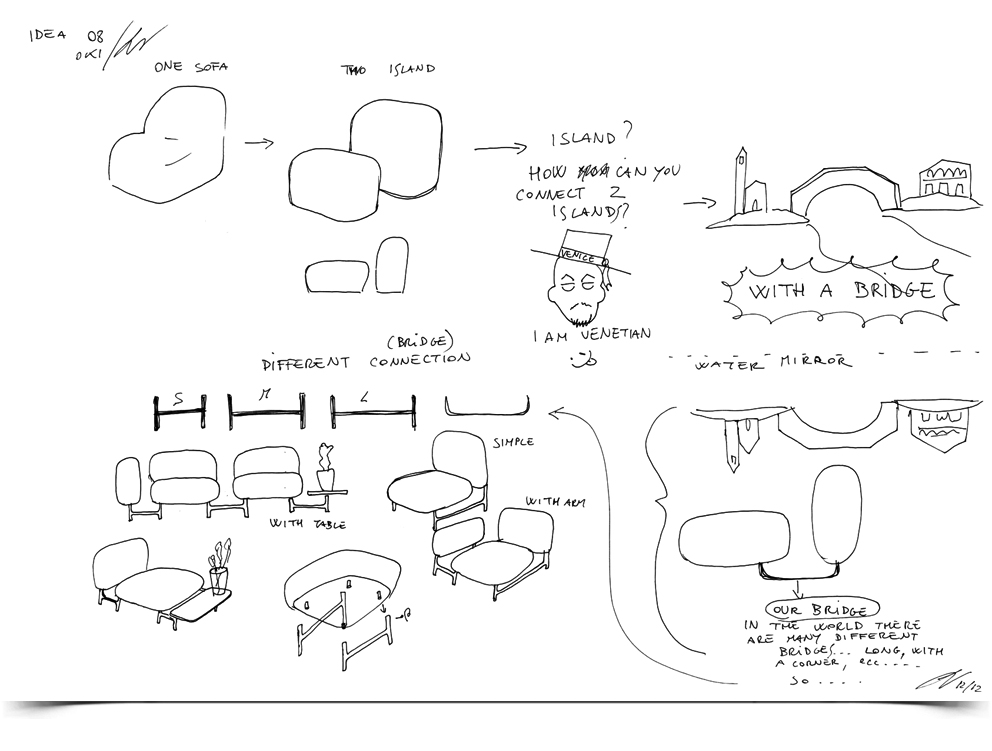 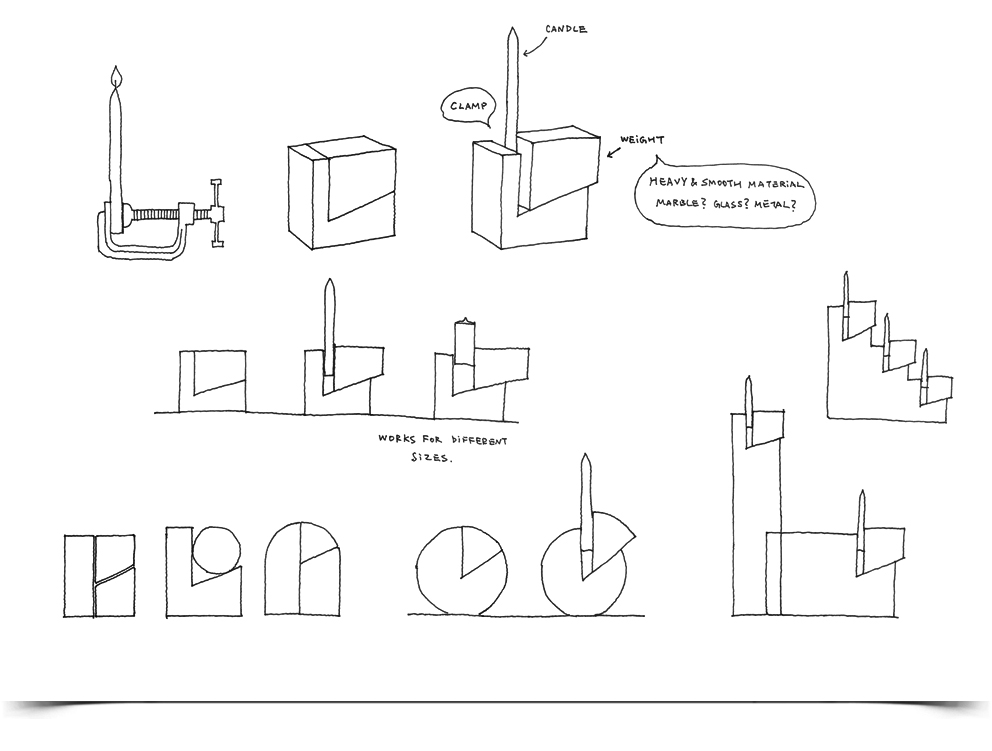 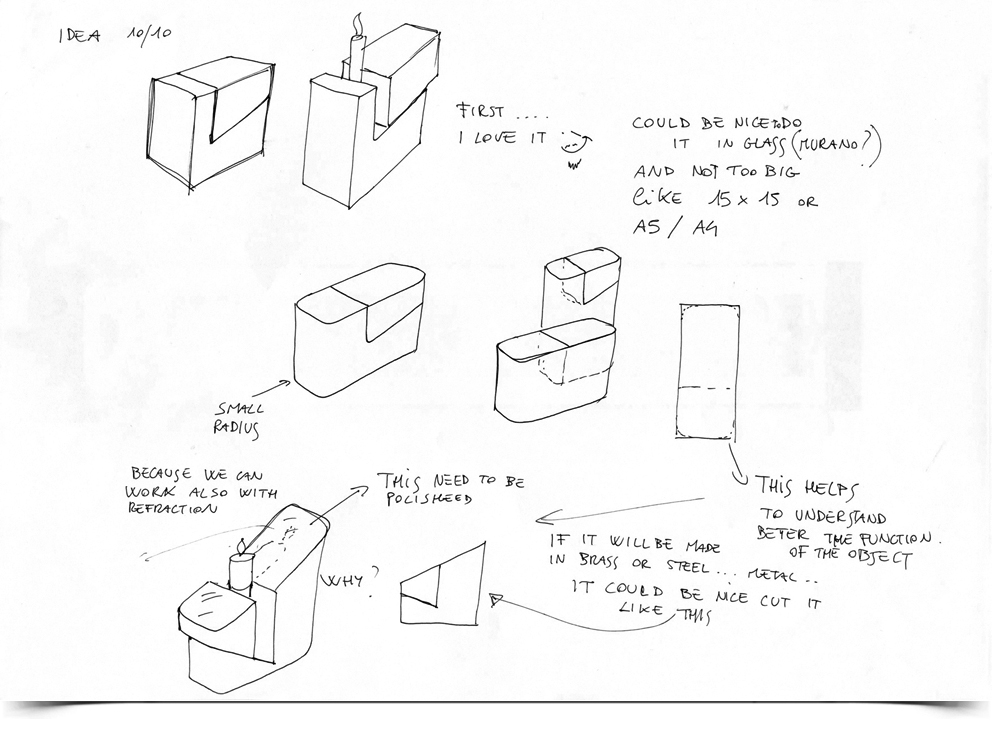 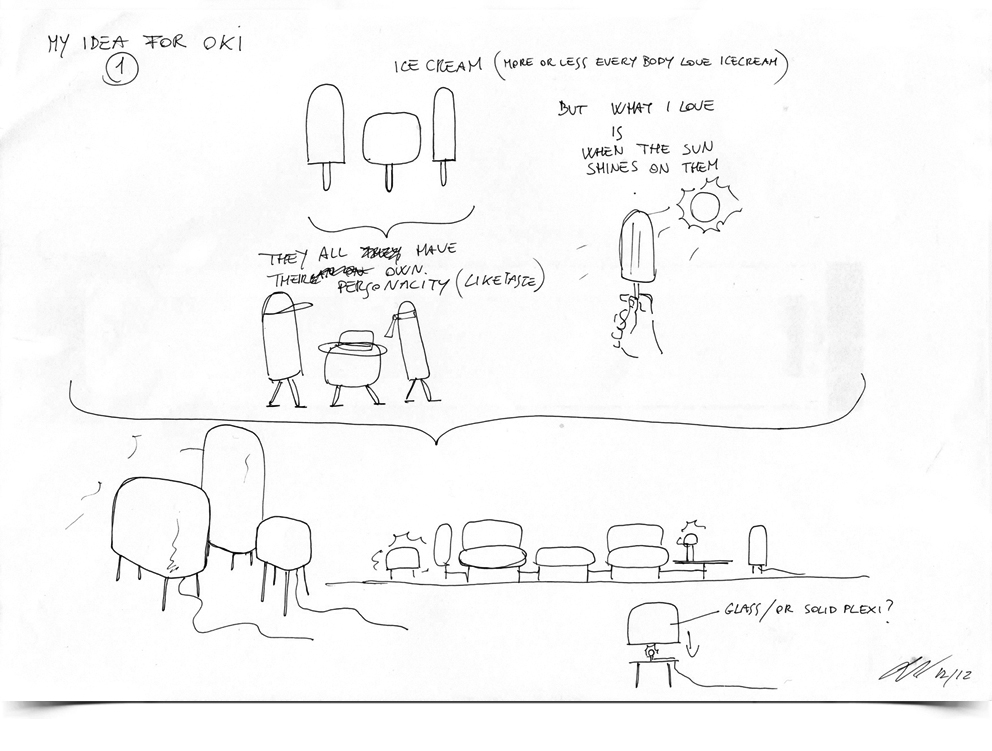 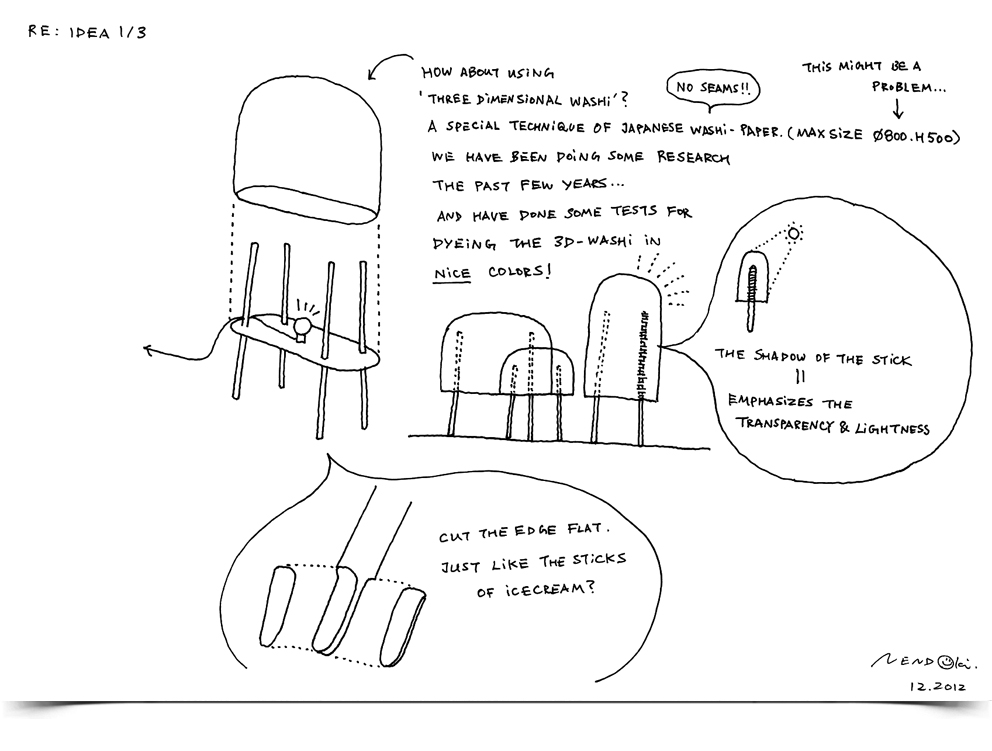 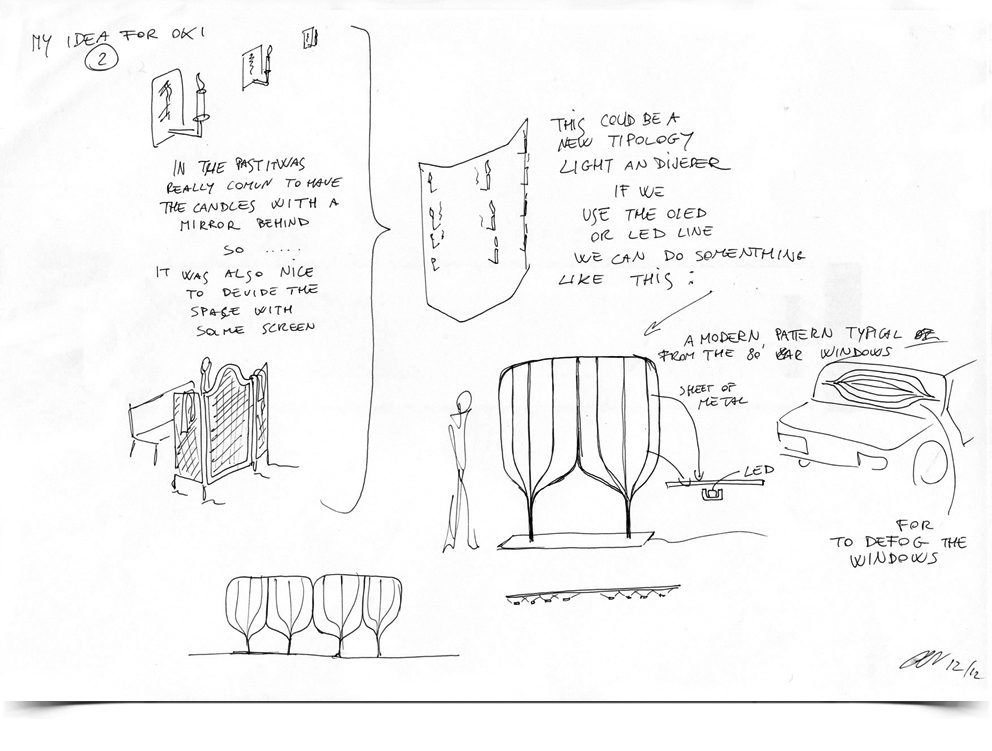 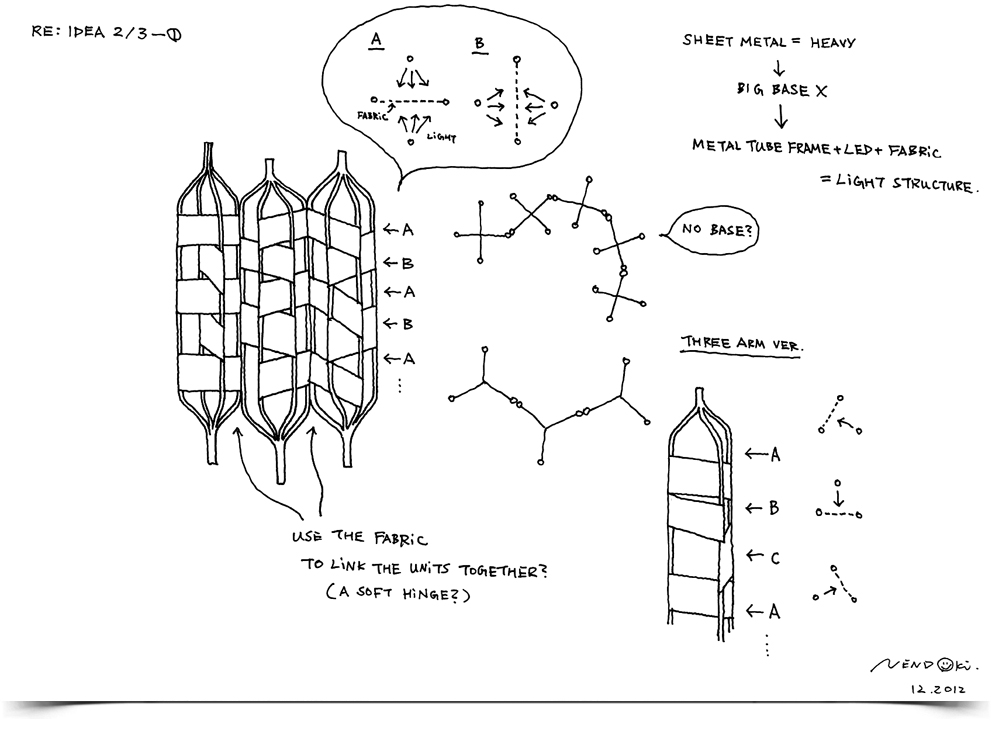 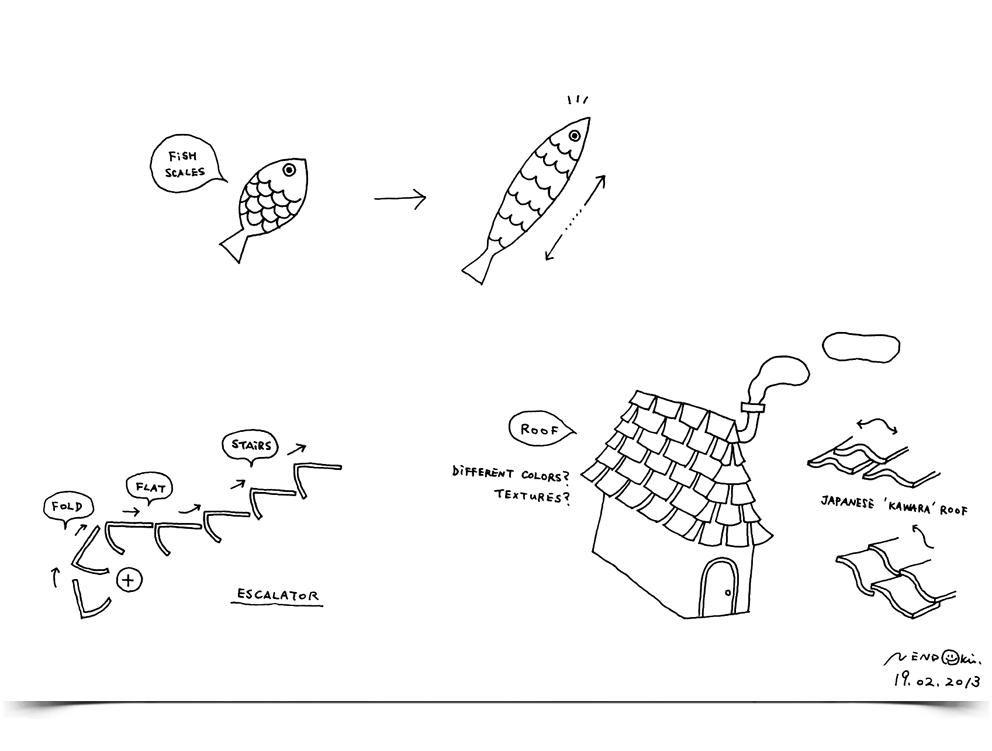 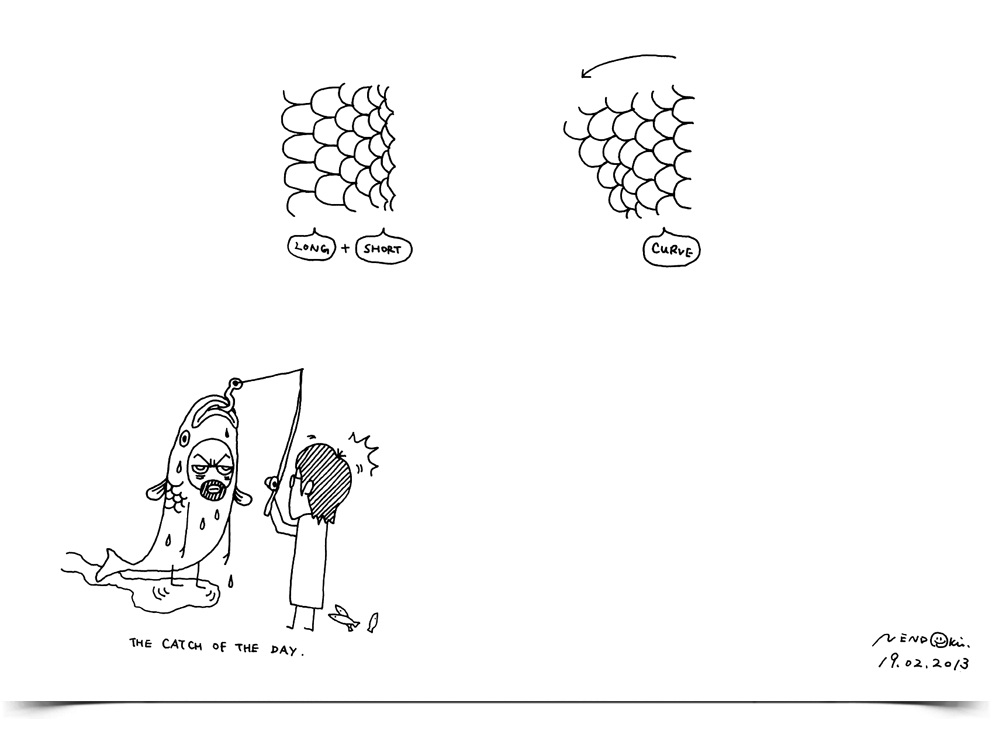 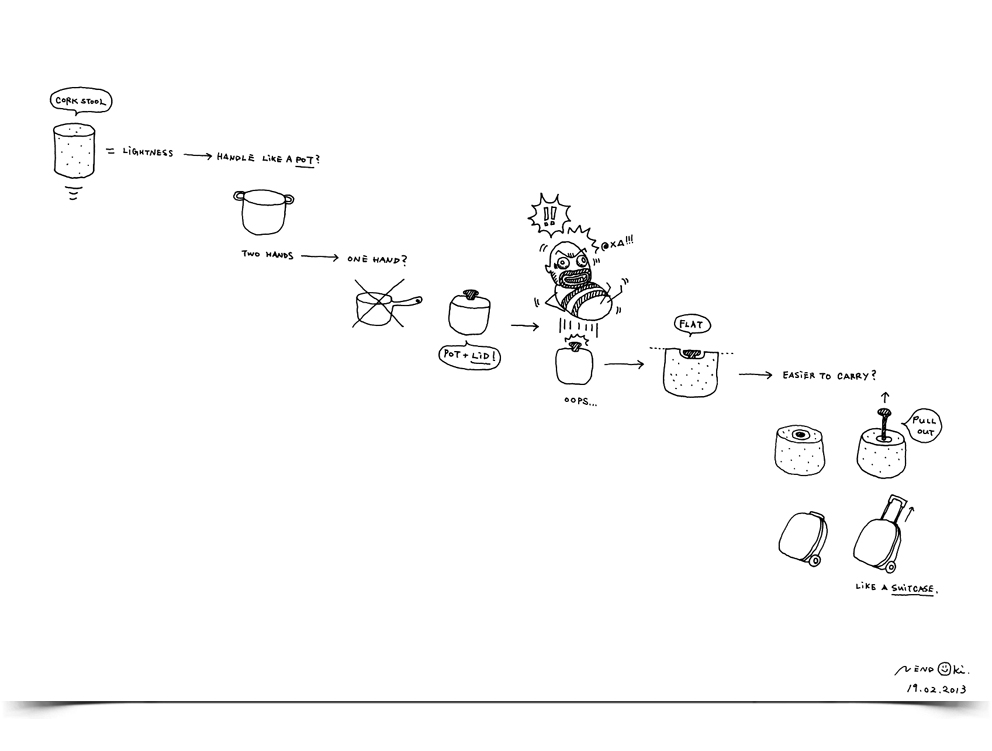 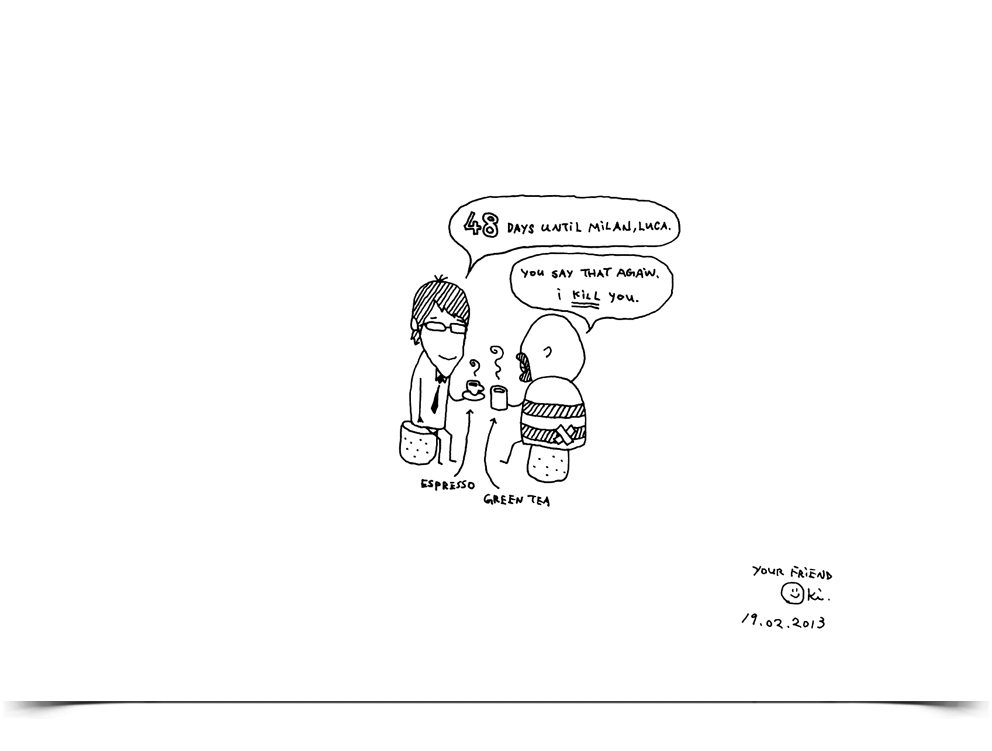 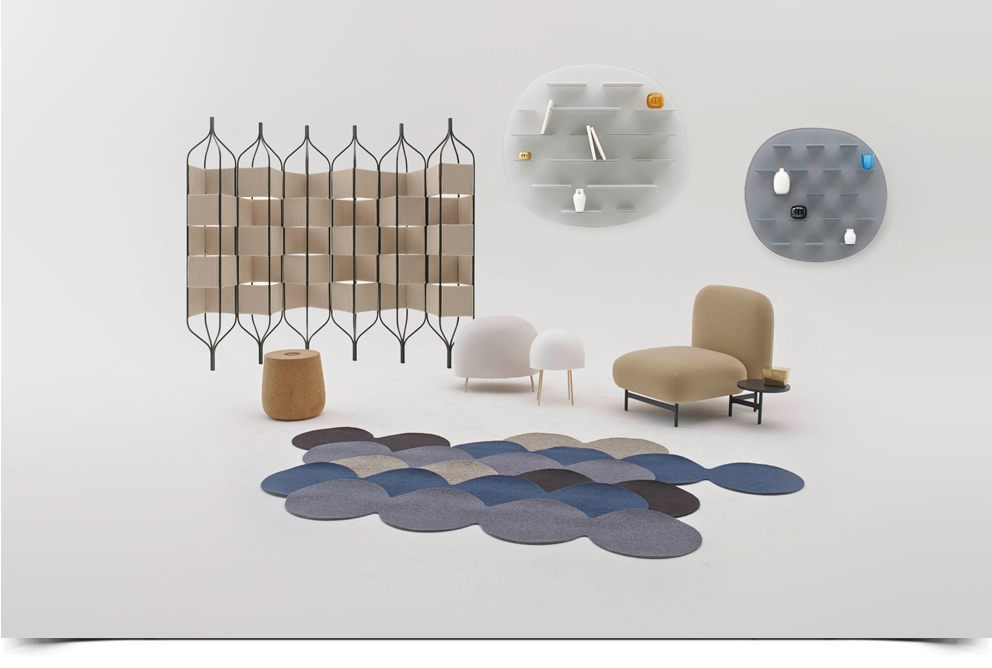