top
No January without Cologne
by Thomas Wagner | Jan 9, 2009 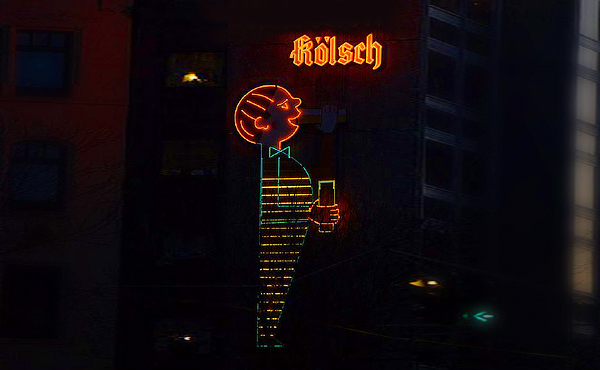 It is like in a Beckett drama: "Ah, the old questions, the old answers, there's nothing like them!" Or we take the position, "Since that's the way it's done, we'll do it that way... and not talk about it any more." What follows is that sometimes you just have to sigh. And this is more or less how it goes: Every year the same ritual. First the collective-hysterical Christmas-present/cake-decoration frenzy, then the depression of the year-end-retrospective/chronicle when everyone ends up overcome with the feeling of absolute uselessness. And then, everything starts all over again. And that is why every design aficionado needs Cologne by all means. Because what comes when it finally kicks off? Right, the International Furniture Fair Cologne! Even if the fair has shrunk - and in new German adspeak is simply the ‘imm', today "imm" means "No January without Cologne!" No new year without January. And without a new year no new design! - or something like that. To make it loud and clear (to Cologne and to the rest of the world) things have to stay this way even if some things need to change.

At the point we now find ourselves, there are at least three ways we can prepare ourselves for imm 2009.
Option 1: You do it like the "Passagen" were done, celebrate its 20th birthday and make the most of life in the Belgisches Viertel district of town, in the Sicher Höfe, involve entire streets and in fact all over with some 190 individual exhibitions in the whole urban area. Then everything will be as we want it: livelier, more exciting, younger and bigger. Now that is how it should ... no ... will be: The Passagen in 2009 and the whole Cologne bash.

In the long term it would seem unlikely that Passagen can tow along the big ship trade fair behind them. But they should help us through difficult times. And perhaps the battleship will soon start to propel itself forward again. It remains to be seen whether the "inclination to cluster" really is the trend, and we will also not discuss the question of whether expressions such as "in the temporary design mecca Cologne" would not be better off in the waste basket. But what certainly needs to be contested are the exclamations in the press release, which enthuses about "design boom!" and "It's showtime". The former has never been true, even in Cologne, and the latter (and we know what we're talking about here) took place last summer under the title "The Design Annual - inside: Showtime" in Frankfurt. And it is not all that far from Cologne to Frankfurt.

Be that as it may, let's move on to Option 2: By no means was all the news which reached us from Cologne in the past few weeks good news. Furniture department store Pesch in difficulty, the field of participants at the trade fair significantly leaner in terms of quality, the glamour and innovations have all preferred to head for Milan. The trade fair appears to be shrinking, especially in the quality segment. Nevertheless, let's hold our breath, especially as in Milan there is just so much on show, and all of it on show at one and the same time, so that by the end of April at the latest we will be able to look back fondly on the nice relaxed discussions in Cologne. "The same procedure as last year".

Which leaves us with Option 3: For good reasons we will delay this until after the trade fair. Because at the end it could turn out like the Endgame I have already quoted from. Which does not end, because it cannot end. Otherwise there will also be no January! Or as one says in Cologne: It always somehow functioned, so it will function this time!