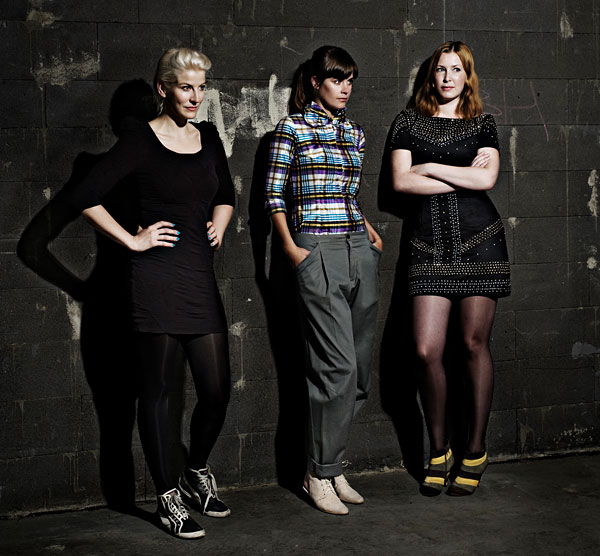 Front: Sofia Lagerkvist, Charlotte von der Lancken and Anna Lindgren (from the left to the right)

They experiment, combine different techniques and play with people's visual and tactile habits by creating an illusion that irritates our senses. They might deform vases in a wind tunnel or in a series of snapshots might have them fall to the floor. The three Swedish designers Sofia Lagerkvist, Anna Lindgren and Charlotte von der Lancken have worked together under the name "Front" since studying. Their receiving the "A&W Designer of the Year award" - the prize, a monographic exhibition, has been presented by Architectur & Wohnen magazine for the last 14 years - and above all their appearance at the awards ceremony was without a doubt one of the glamorous highlights of the Passagen program at imm Cologne. Moreover, the sponsor, Audi, awarded the "Audi-Mentor prize by A&W" to German designer Julia Lohmann, who had been nominated by FRONT.

To start with a quote from the German print media: "Front's works are widely considered to be the leading edge of the young design scene." What do you find so interesting about design?
Sofia Lagerkvist: Design interests us because it is something everyone can relate to, something everyone has, whether they know it or not. After all, nearly everything has been created in one way or another by a designer; most things are designed. That is why we find design such an exciting area to express ourselves in.

Your work tends to be conceptual. And you also move between the fields of design and art. Do you feel classic design is now out-of-date?
Anna Lindgren: Design is fascinating because it covers a very broad area and there is room for every different type of design regardless of whether it is experimental or traditional.
Sofia Lagerkvist: I think there is space for many different types of design, be it modern, contemporary or classic, though contemporary design is more strongly influenced by trends than is the classic variety. Diversity is what characterizes our age.

What is good design?
Charlotte von der Lancken: Perhaps it is something that allows you to reflect, to think about things or even elaborate on them. At any rate it is not something that just passes you by.

In some of your pieces, such as the Moment Collection for Moroso, the object morphs into an illusionist image. What is your relationship to the object and the image?
Sofia Lagerkvist: Most designers have a very close relationship to images. Images are such a large part of our work and one of the tools we use when we are producing or making something. We visualize objects, that do not yet exist because we want people to understand our vision. And in the end when the object has been produced, the image is very important in the sense that it communicates a message in magazines and other media. Design is quite an image-based profession.

What was your intention with these illusions?
Anna Lindgren: We want to produce a kind of mixture of three-dimensional objects and two-dimensional images. The image is to be translated into a product so as to create a connection between image and furniture. It is a game between the actual, the real and the printed shadow.
Sofia Lagerkvist: Another aspect is what we expect from objects. We are interested in the moment when the viewer thinks he has a wooden sofa in front of him but he soon arrives at a certain point when he realizes because he touches the sofa or sits on it that it is something entirely different. The curious thing perhaps is how do I misunderstand things, and how do we read objects we see. Take the carpet with the shadow: After seeing that maybe you go home and think differently about other normal things in the home that are touched by light.

In some designs, the user or the animal is part of the design process. Do you find it difficult to give up control of the process?
Anna Lindgren: Oh, it was really hard to work with them. We wanted to show through this project that there are many chance factors which influence the final result, such as different manufacturing options, questions of economy, how the discussions develop, what color the manufacturer likes; all these things can be factors. We got animals involved in the project as a way of clarifying the many different influences.

What do you think the future of design will look like?
Anna Lindgren: I don't think design only has to do with objects. It might play a role in many different areas, it might relate to experience or dinner or how we communicate. The challenge for the future is to find new areas for design.
Charlotte von der Lancken: Perhaps the distribution channels will change just like the sales structures have changed in the music business? Something like that could also happen in design.

Are there ideas you reject further simply because it would be too difficult to realize them?
Anna Lindgren: If it is a project we feel passionate about then we are also keen to realize it. However, sometimes things don't work quite like you imagined at the start. But that can also be very interesting - and in the end it can lead to something totally different.

So you don't reject the idea?
Charlotte von der Lancken: (Well, you might look for a new way to realize it and find another way to realize it.) I think that is part of the process. We talked about the aspect of collaboration in the design process. There are so many influences that alter your original idea. In other words, there is always a certain difference between your first idea and the final object.
Sofia Lagerkvist: At the beginning we often experiment with different techniques. It is then that you meet various experts, and you tell them that you want to try out something different. And they say to you: „No, no that is just not possible". So you have to find a way of persuading them to try it anyway. It is possible that it won't work but they have never contemplated the possibility that it might. Sometimes it really does not work but you certainly have to give it a try.

Do men and women design differently?
Sofia Lagerkvist: Difficult to say.
Anna Lindgren: It is the same as with the nationalities. Do we produce Swedish design or female design? That is a tricky point. Someone once said to us that we produced very female design because we work with animals. But we also work with explosions, technologies and computer games. Possibly like putting you into a category: They are women and so this is the kind of design they produce.

Since the end of last year there have only been three rather than four of you. How will you continue to work as a group?
Anna Lindgren: We will continue as usual. We all have a very similar background. We are a group. Katja has decided to do something else at the moment. She is living in Berlin at the moment.
Sofia Lagerkvist: And we are still good friends. We started out as friends and we are still friends.

Well, what is the work like?
Sofia Lagerkvist: We tend to think in s similar way. The design-finding process itself it usually very easy. But beforehand we talk a lot about what the idea is. The design is not as important for us as the idea. We have found a way of working that we share with one another and that would make it very difficult to incorporate a new person into this process.
Charlotte von der Lancken: We don't each work in separate rooms. We all do the same things. This is why we can do the same things as a threesome as we did when there were four of us. In principle it is the same method of working, just that we are one person less than before.

Has the way you work changed in the last five to six years, in other words since your start as a foursome?
Anna Lindgren: We work similarly, we discuss various topics but I hope we work a little more professionally (laughs). Sometimes we thing it is good to think like a student, to have the same curiosity and the same ambition to try something new. We certainly don't want to get into a rut, we want to remain close to the design process, be involved with the manufacturers. And at the moment we are able to collaborate with the best manufacturers in the world. I think we have grown in the sense that we respond differently to the challenges we face. We have so many different projects and with every project you gain experience and knowledge. That way you keep getting better. Hopefully!

What does it mean for you getting the "A&W Designer of the Year" prize?
Sofia Lagerkvist: It is really very exciting. A&W was the first magazine to interview us. That was five years ago, and now we have been awarded this prize. It was also very interesting for us to put the exhibition together in such a short time, because for the first time we can see everything in one place and then you realize where you stand now. And, of course, you can't describe the feeling you have when you see all the other pictures in the lobby and then you see our name right next to Gaetano Pesce and Castiglioni. Wow! It is such an honor. And we have so many years ahead of us, you just keep on learning more.

Why did you select Julia Lohmann as the next-generation designer?
Sofia Lagerkvist: We like her. She is an exciting designer. She pushed back the boundaries of what design is, she works with very unusual materials and techniques. She has a fascinating approach to the process and she is curious. We really like her work. It is inspiring.

What can we look forward to Front doing next?
Charlotte von der Lancken: We are presenting a new luminaire at the Stockholm Furniture Fair.
Sofia Lagerkvist: That it in just two weeks‘ time. We also have projects at the Salone in Milan. But that is still a secret!

Front: Sofia Lagerkvist, Charlotte von der Lancken and Anna Lindgren (from the left to the right) 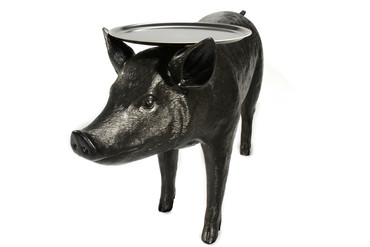 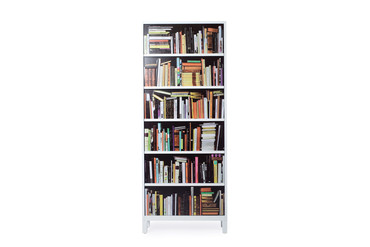