A steaming cave -that is the first thing that springs to mind. A geometrical grotto, cut into the mountain-side with great precision, full of misty shadows. Light is shed from above, through narrow slits, stroking the surfaces of walls made of dark layered stone. From somewhere, hot mountain spring water bubbles up, and you can hear its hiss and foaming flow. It's the only sound as otherwise tranquillity prevails. If a sense of caring homeliness could be built, then the result would probably resemble the thermal baths designed by Swiss architect Peter Zumthor in Vals, Graubünden.

Embedded in the topography Hardly any other spa so clearly parts company with the customary wellness clichés as does this one. With its minimalist hard edges and intellectual rigor, the building, completed back in 1996, sheds any sense of pleasantry or nicety such as is usually part and parcel of a spa. There are no soft rounded edges or fragrant wood, , no sauna kitsch and fitness apparatus - all you get is water, light and stone. Zumthor's edifice stands alone in contemporary spa architecture, is unparalleled in terms of its uncompromising stance and abstracted sensuality, and unprecedented in terms of the matter of fact way the spa is embedded in the local topography. The building is made of layers of local stone, quartzite from Vals, quarried only a thousand meters from the where the building stands. And it literally grows up out of the geological flanks of the mountainside into which it has been inserted.

Sensory appealing rather than clammy moisture First and foremost, Zumthor avoids all the customary images, the entire junkyard of historical quotations, while still locking into the primordial experiences, indeed the almost mystical notions, that are stored away deep in our collective memory. The ritual of bathing, of purification, that repeatedly overwhelming feeling of purging one's own naked skin, of immersing in water - all of this is given a timeless architectural setting in the Vals thermal baths. To glide into the silent pools here and drift is an experience as sensual as it is aesthetic. Building baths is one of humanity's oldest cultural achievements. In Rome and Byzantium, in Bursa and Budapest - the results are fantastically refined pinnacles of opulence, and yet in the second half of the 20th century the plot got largely lost. The slaughterhouse idiom of wall-to-ceiling tiling of municipal baths in the 1970s, with their culture of flip-flops and anti-fungal sprays purged from memory the fact that bathing could be more than just stimulating the circulation and endurance training.

Themed venues with imported palms All of that changed with the beginning of the wellness wave in the mid.1980s. Every local councilor suddenly wanted a spa in town, some thermal baths with a hay sauna, or at least a whirl pool and solarium. Rarely did this give birth to architecture. Most of the pool parks and fun pools that then popped up, specifically in east Germany, were the epitome of wasted funding, and steer well away from any greater claim to design. They are largely intended as noisy themed aqua-venues, with imported palm trees as frills and squeaky-bright slides that spiral dangerously downward. Or the cities ordered vaguely historicizing retro-look facilities with steel columns and marble pools, such as was first built, to a high standard, for the Caracalla Thermal Baths in Baden-Baden (1983-5) to plans devised by Freiburg-based architect Hans-Dieter Hecker. The name itself already alludes to its antecedents in Classical Antiquity.

Neither clinically pure nor draped in marble By contrast, decidedly contemporary approaches have a tougher time of it, but do exist. The Bad Saarow spa designed by Berlin-based architecture office Hufnagel, Pütz, Rafaelian, for example, finished in 1998, a U-shaped complex on the banks of Lake Scharmützel: with a two-storey wraparound colonnaded hall made of fair-faced concrete it retains something o the ceremonial force of ancient spas, albeit in a somewhat abstract form, and yet also cites local building traditions. Far more emblematic is "Tschuggen Bergoase" as created by Tessin-based architect Mario Botta in Arosa (2006), with a striking "sail of light" used to illuminate the subterranean baths, and which acts almost more strongly as a spectacular signet for the luxurious complex. The Stuttgart-based office of Stephan Behnisch has in recent years designed as many as three spas. The first in 1998-9: a sports and leisure pool complex, the "Grünauer Welle", in a housing estate on the outskirts of Leipzig, then 2003-7 the spa in Bad Aibling, Bavaria, and finally the expansion of the "Roman Baths" in Bad Kleinkirchheim in Carinthia, Austria. Precisely the two more recent projects set out to absorb the specifics of the respective site, not unlike Zumthor's pioneering building, if in a completely different formal idiom - and thus seek to develop an architecture that is joyful and modern, a far cry from the clinical feel of municipal swimming baths and the poshness of many a hotel spa alike.

Fun in the air bubble The result are playful and pleasurable solutions which in part still show the fun that the architects had: lots of egg-shaped or spherical round shapes that are reminiscent of bubbles rising up in water, of sci-fi visions of the 1970s or of the Nuclear Power Research Facility in Garching, Bavaria. Together with the idiosyncratic colors used and the cutting-edge, climate-friendly heating and ventilation concepts, the Behnisch Baths offer not only the sensual asceticism of Zumthor's trailblazer in Vals but also provide a second convincing approach to giving bathing an innovative look. An approach that will possibly soon also be reflected in private baths and wellness areas. And it is certainly called for. As what was once, in the years of a supposedly never-ending boom, was a symbol of surfeit, is now, in the age of depression, a desired retreat. The tougher the times, the softer the water.

For many years, Heinrich Wefing was the architectural critic for Frankfurter Allgemeine Zeitung and is now an editor of the weekly "Die Zeit". 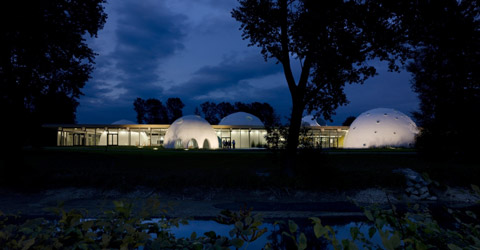 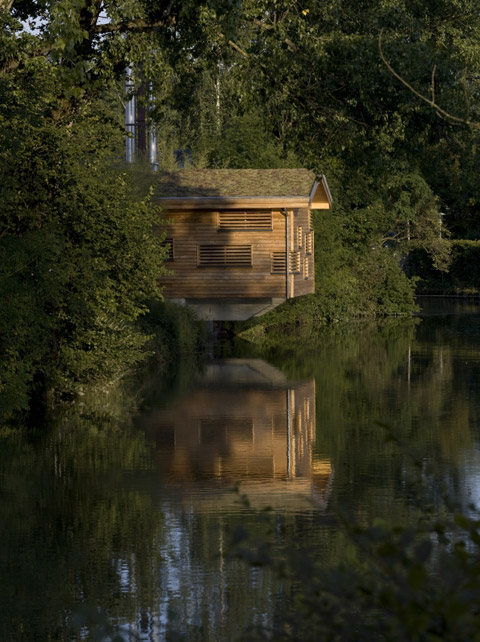 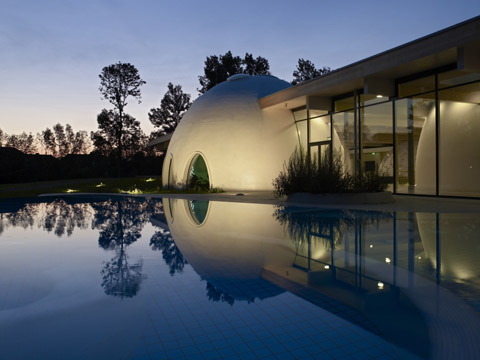 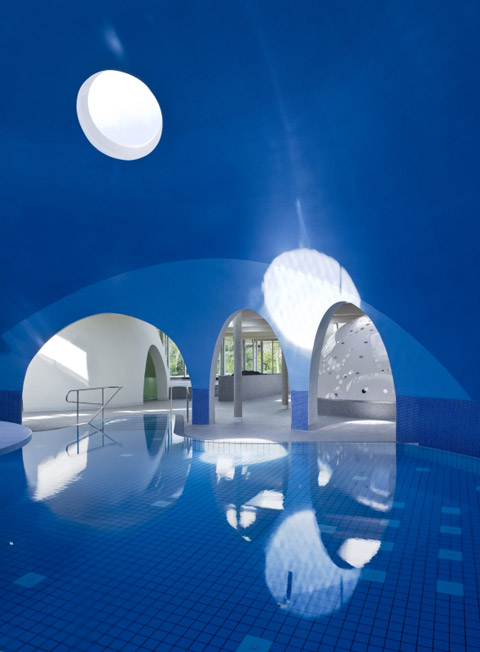 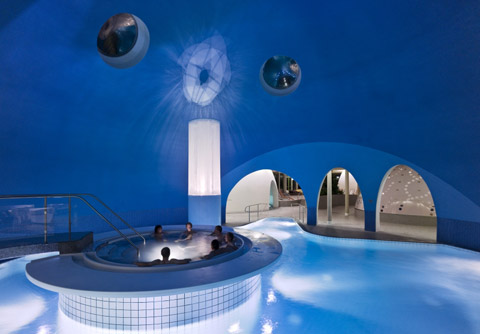 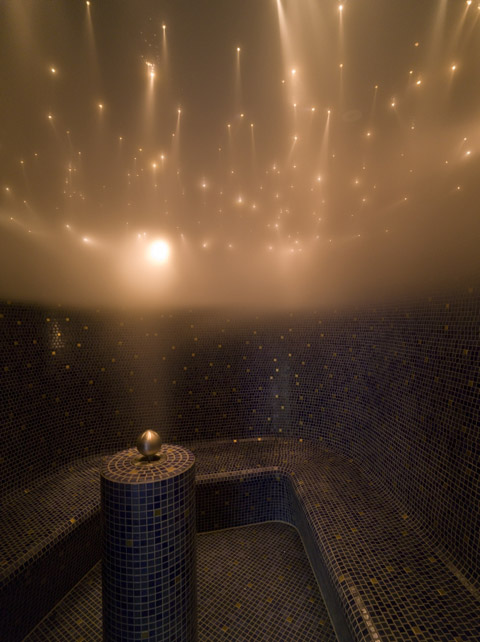 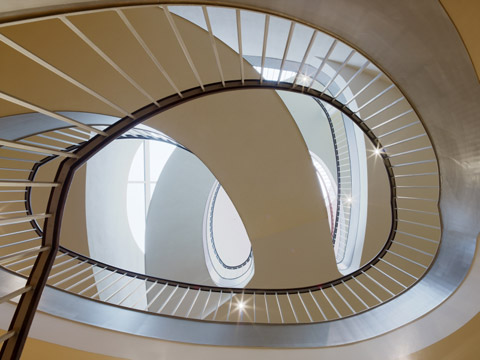 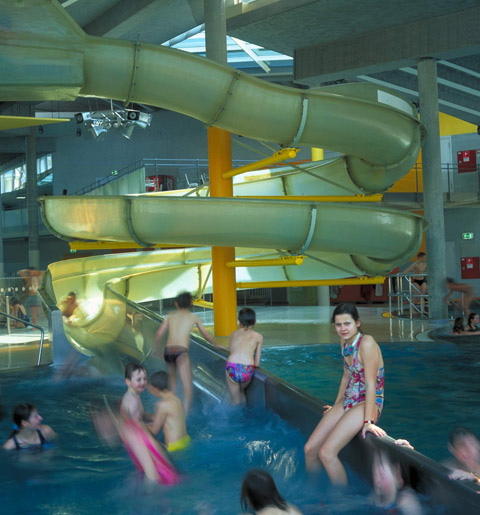 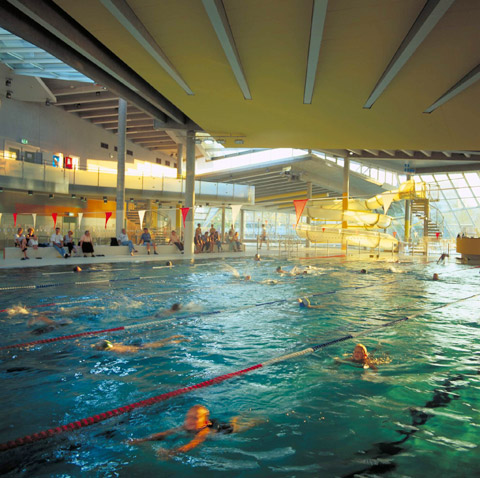 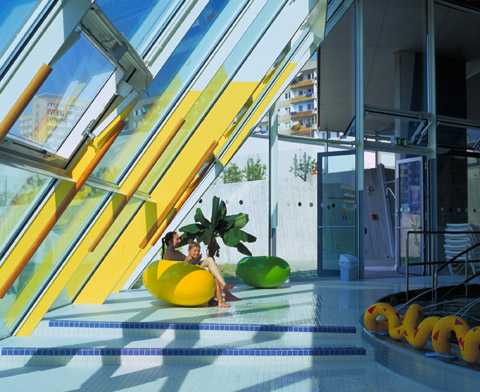 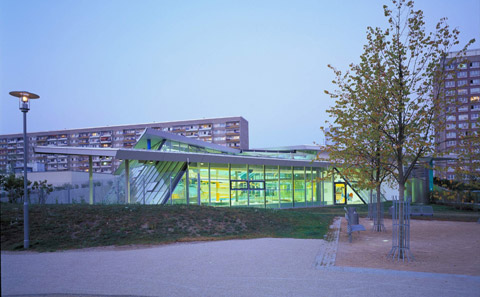 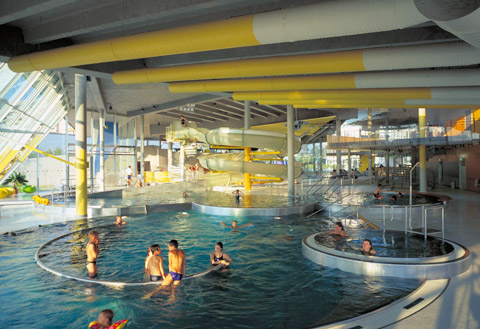 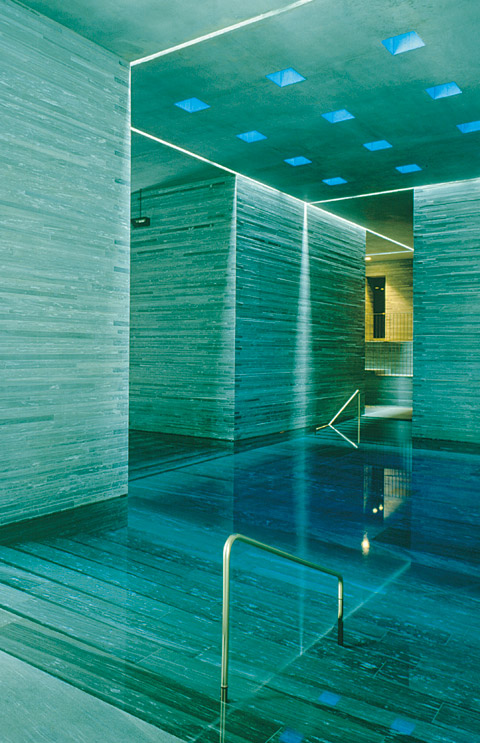 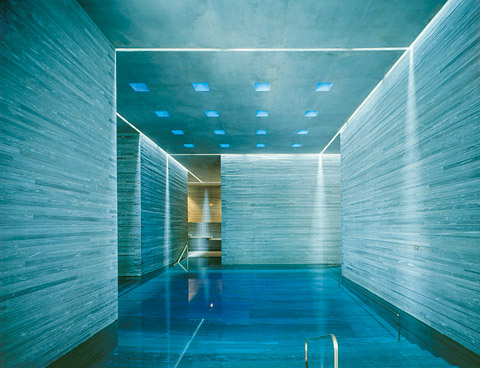 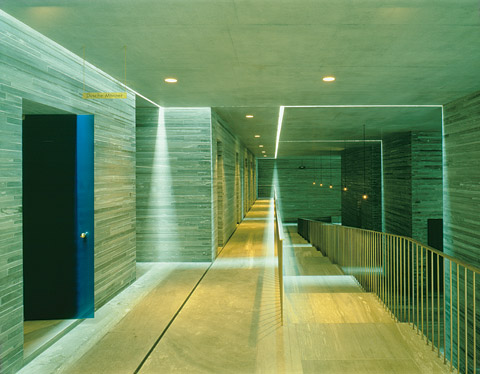 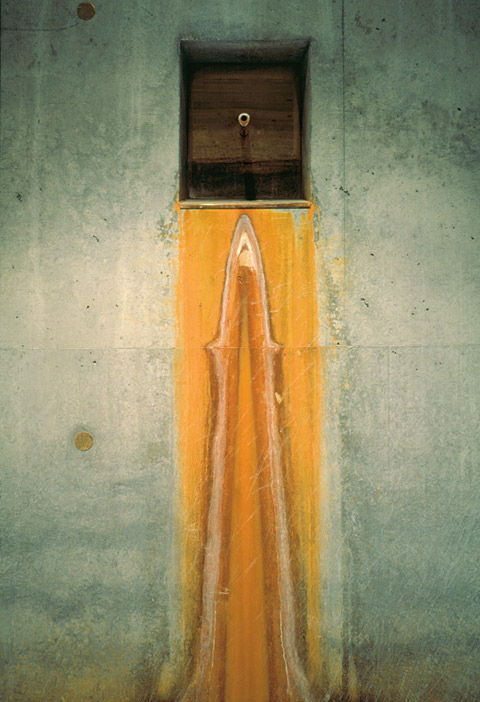 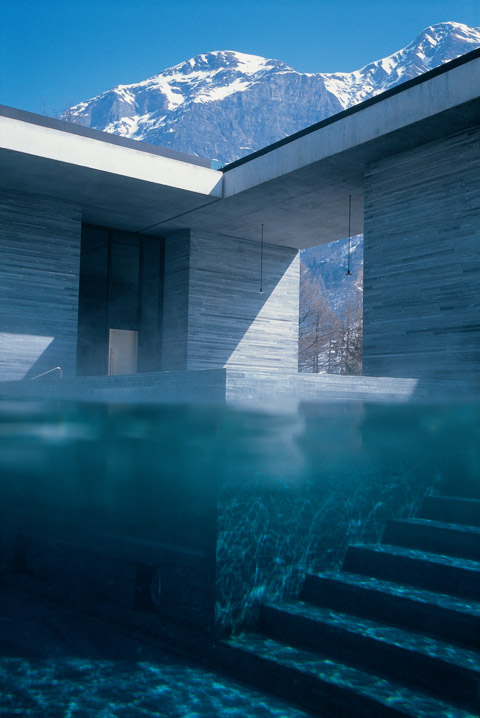 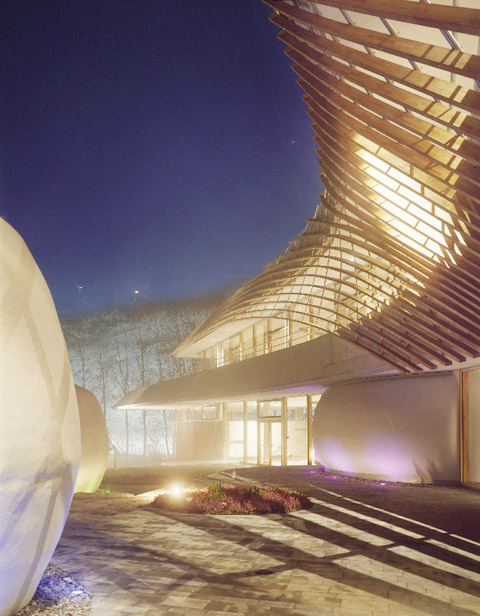 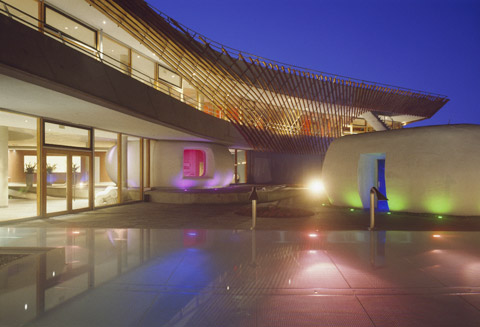 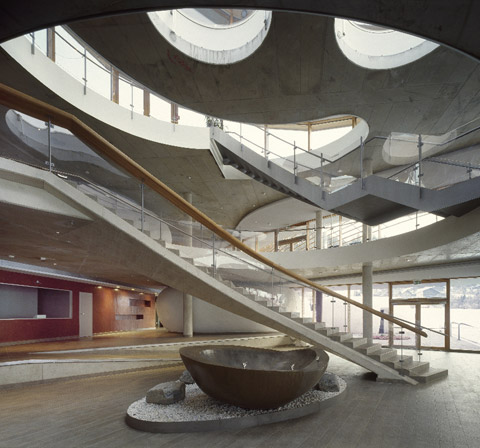 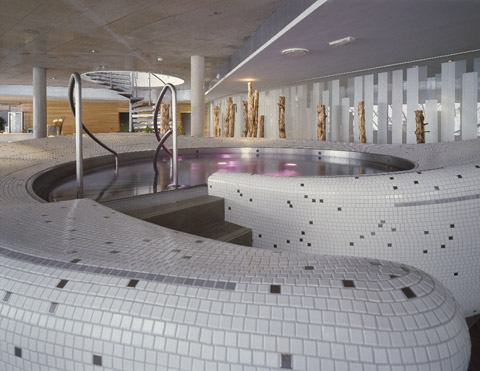 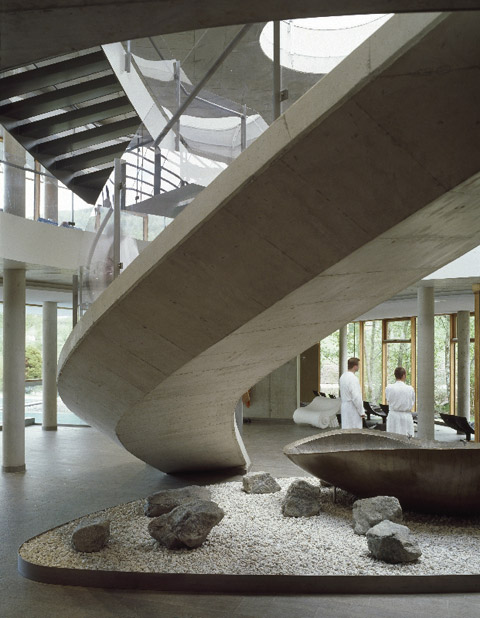 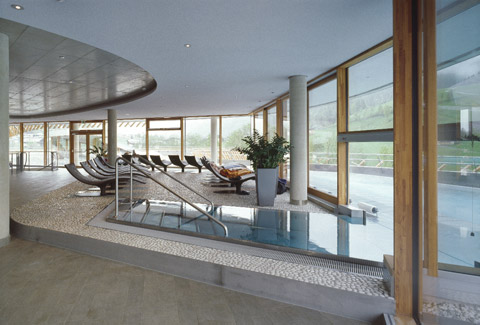 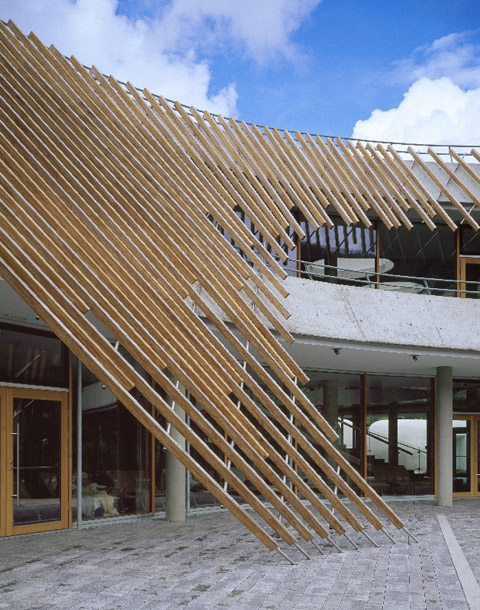