top
Nothing is more yellow than yellow itself
von Silke Gehrmann-Becker | May 3, 2010

Spring is here at last! The season not only brings lush May greenery on trees and flowers, but with it also a color which has the ability to polarize like no other: Yellow.

Yellow has been recognized as the color of jealousy and betrayal not just since Claire Zachanassian got the residents of Güllen to wear yellow shoes. What Friedrich Dürenmatt embellished and put so wonderfully in his tragic comedy "The Visit" has a tradition in Eastern culture: Yellow as the color of greed and decadence, as pretension to replicate gold or as a never-to-forget stigmatizing symbol. "Yellow card" and "yellow press" do not necessarily contribute to a positive overall image of this particular color, which in terms of wavelength lies in a range between 575 and 585 nanometers. If you have blonde hair and have ever tried to doll yourself up with yellow clothing, you will know how terribly wrong it can go.

All the more surprising that yellow has been declared "the" trend color - not least of all at the Milan furniture fair. As early as 2009 Li Edelkoort spoke touted for yellow with the words, "Yellow is the new pink" and gave it favorable chances as a complementary color for gray, the new black.

Wandering round the trade fair grounds in Milan or the ‘off-shows' in the city you would have occasionally encountered - at times gently, at others very abruptly - rich, pale, bright or pastel-colored yellow. Vincent van Gogh was not the only one to spend his life seeking the perfect yellow, dreaming up veritable elegies on his favorite color: What we have here is a glorious, powerful heat without wind, this is something for me. A sun, a light which for lack of a better description I can only call yellow, pale sulfurous yellow. Ah, so beautiful is yellow!"

The Dutch furniture manufacturer Arco not only presented "scene", a completely yellow cabinet by Dick Spierenburg which cuts a fine figure in wood or lacquer, the entire trade fair stand was bathed in a sunny yellow. Why yellow of all colors? Jorre van Ast, Creative Director, claims "we accentuate our image and our corporate identity with different colors. The fact that we chose yellow this year and got it just right was pure intuition..." Porro also delved deep into the paint pot and not only colored the chaise-lounge "Nouvelle Vague", which Christoph Pillet designed back in 2005, in the trendy basic color, but the entire setting along with it, including table and telephone. At Missoni Home, yellow flowers, stripes and rectangles were obligatory. The armchair "Pink Lounge" designed by René Holten for Artifort shone on the stand in a rather muted yellow and in formal terms was strongly reminiscent of Pac-Man, born to the world in May 1980.

Could we be spanning the gap here, are things perhaps ‘yellowing' in the style of vanilla pants and graffiti shirts which threaten to be back on the shelves this summer? Has the generation which danced, happy and colorful, to the sounds of the Neue Deutsche Welle, to New Wave and electro-pop now reached the echelons of the decision makers and are helping yellow make its renaissance? Or is it that in the solemn mood and muted colors of a time of crisis we simply need the sun, good moods and a whole lot of bright spots again? One thing is certain: You won't be able to avoid yellow this year or as Volker Streckel, Manager of Design Post in Cologne so aptly pronounced, "Nothing is more yellow than yellow itself!" 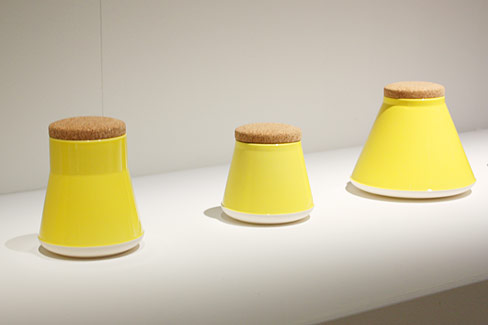 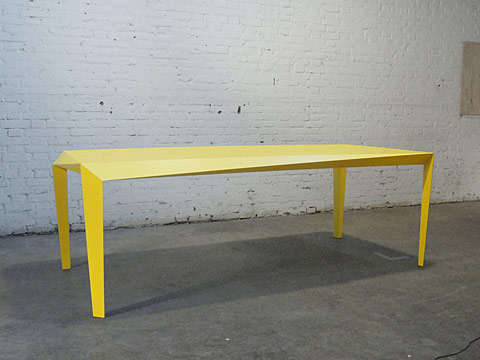 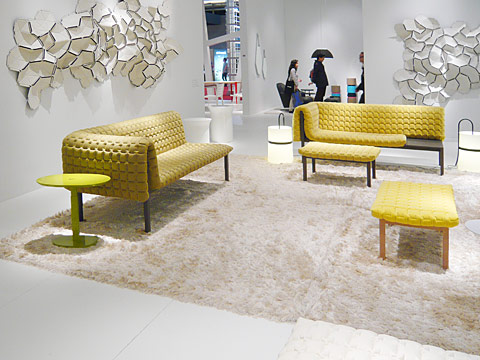 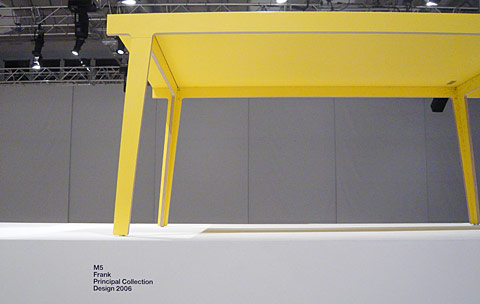 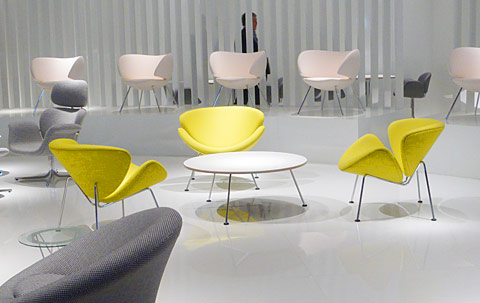 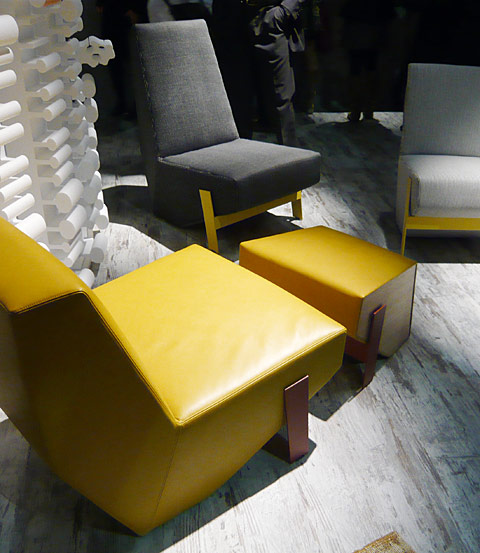 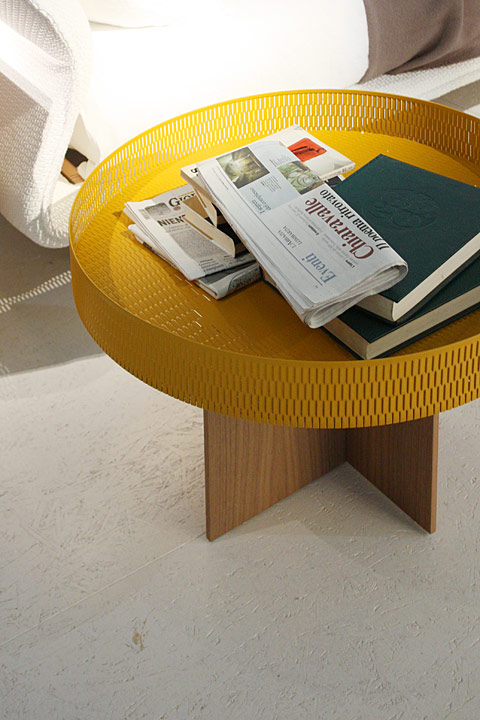 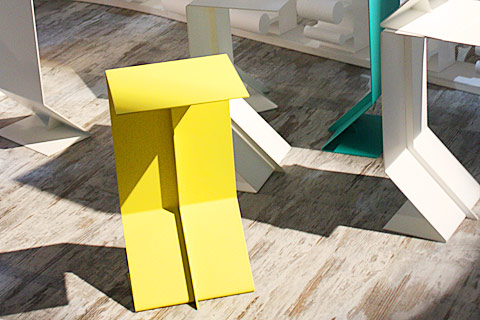 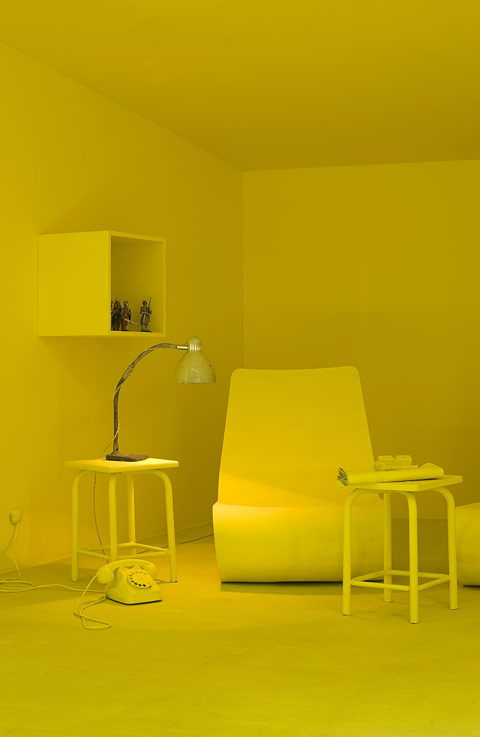 "Still life, Moving Life” set up by Piero Lissoni at Porro showroom, via Durini 15 in Milan 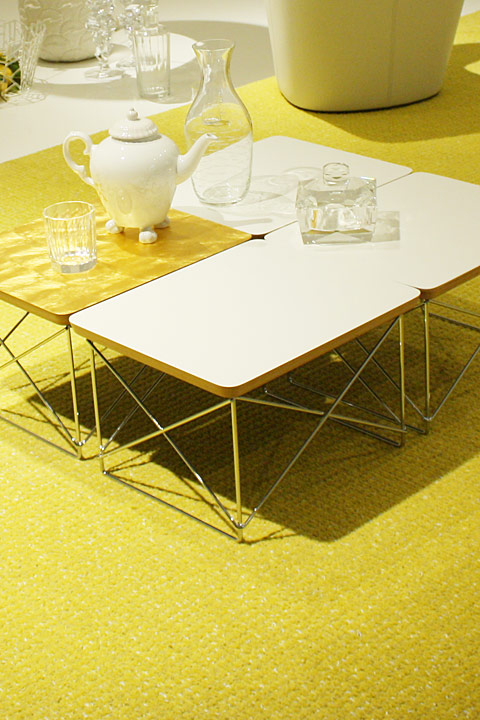 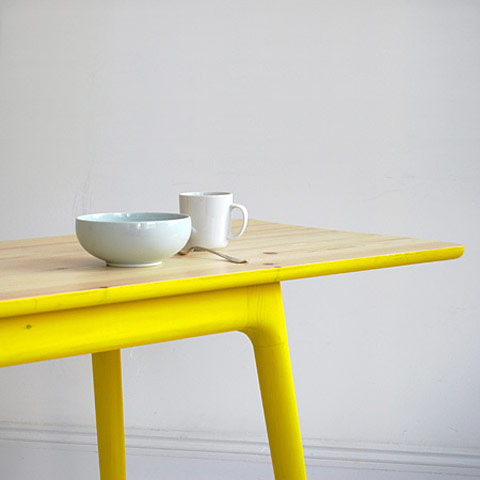 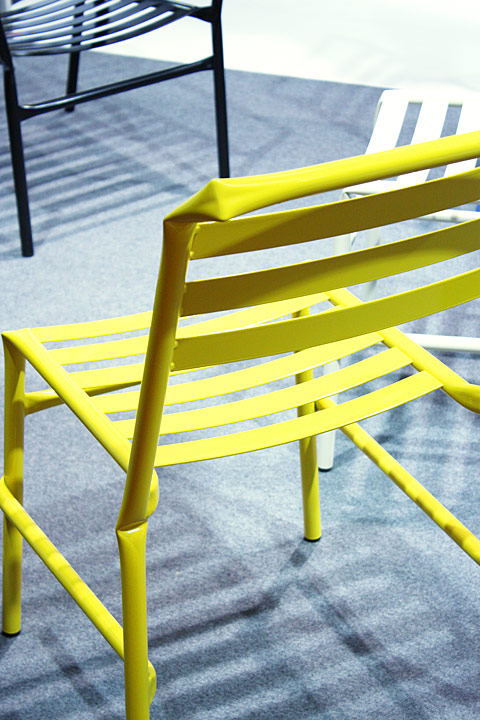 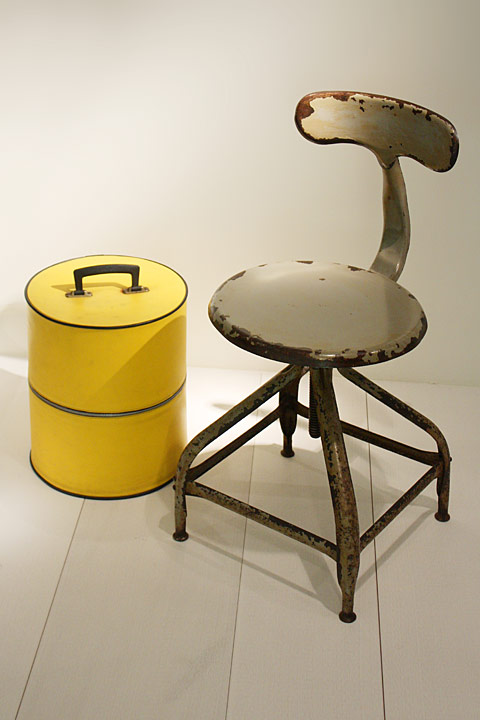 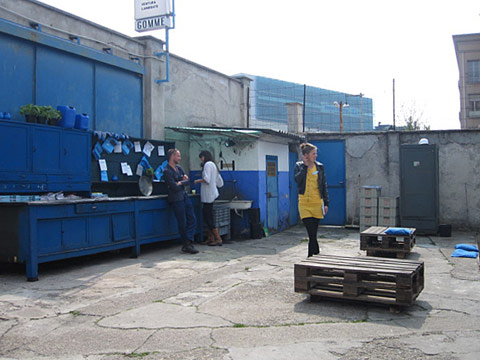 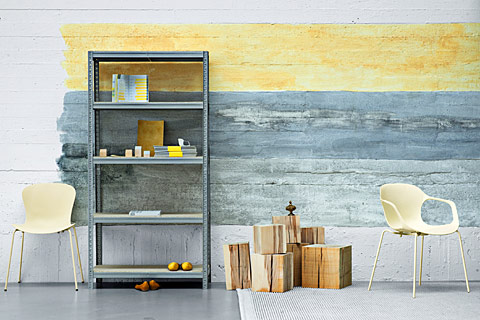 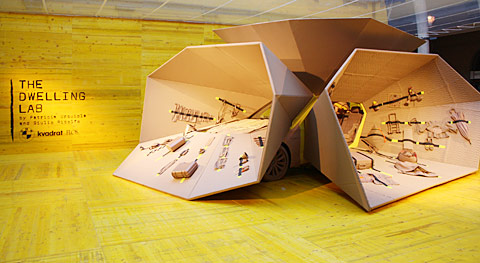 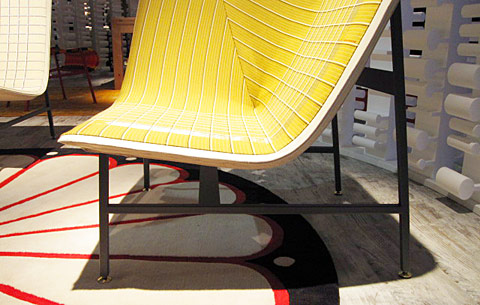 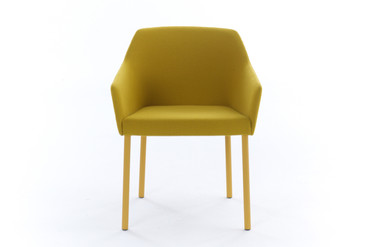 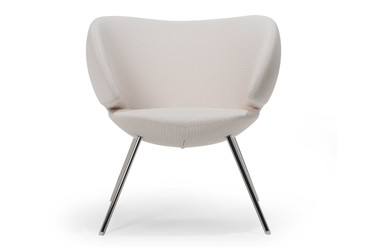 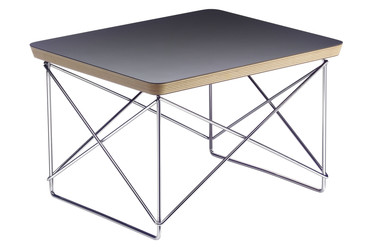 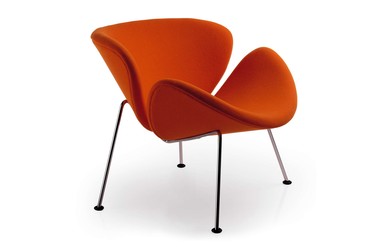 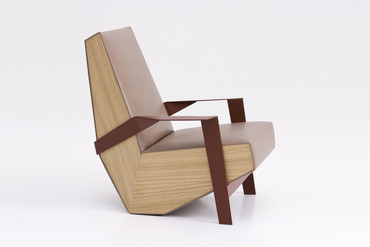 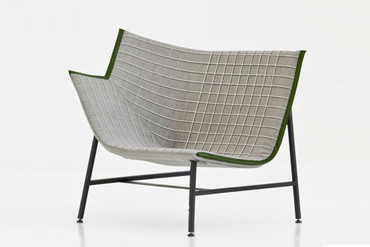