When Germans refer to the packaging material invented almost 150 years ago by the American Albert L. Jones, it is not exactly complimentary. A bread roll which has gone soggy in humid air simply tastes like cardboard. And as soon as something a little more complicated is expected, they say "well that's more than just cardboard." Albert L. Jones' wavy invention, and he was inspired by the plisse process used in the textile industry, was quickly moved forward and became an indispensable aid in the transport industry. Corrugated cardboard is not fire-resistant and when treated with paraffin it is water-resistant at best, but it is stable, inexpensive, comparatively easy to process, and not least of all, is convincing today in view of its sustainability.

In the late 1960s, with a series of strangely raw, carved-looking items of furniture made from cardboard Frank O. Gehry demonstrated that you can more or less design something from any material, even a profane industrial material such as cardboard with its somewhat restricted aesthetic appeal. The chair, stool and table which Vitra then brought out and which have long since been ‘consecrated' in New York's MoMA can best be described as artistic or experimental. They are not exactly comfortable and practical, but shapes they certainly are that make a hard, cutting edge statement on the design potential of this material.

Japanese architect Shigeru Ban creates truly unique and innovative shapes from industrial cardboard. For more than 20 years now he has constructed fantastic, spatial forms out of cardboard, reminiscent of Buckminster Fuller - roof arches, halls and houses in which he pushes the limits of what can be achieved with this material. His furniture is also a refreshing departure from the norm: for example, the Carta Collection brought out by Cappellini in 1998. Shigeru Ban works principally with paper tubes - the slim, thin-walled card tubes we use to protect maps or posters. In a joint project with Frei Otto he created the cardboard pavilion for the Expo 2000 in Hanover. Since 2007, Shigeru Ban's cardboard bridge has remained suspended in such an elegant arch over the river in Remoulin, France, that almost no one would suspect that it is built of cardboard rather than concrete.

In his pioneering work Shigeru Ban appears to be concerned with two things: proving that this low-tech material is suitable for even complicated constructions and that it is very strong and authentic in its material beauty. At the same time, he uses its properties for inexpensive and provisional building solutions. For Kobe, the Japanese city destroyed in an earthquake in the 1990s, he designed the Paper Church which has served its purpose there for the last 10 years and is now being disassembled so that it can travel to Taiwan. This year an extremely inexpensive school was built in Chengdu Hualin in China, for which Shigeru Ban again used paper tubes like bamboo poles for the building structure.

The work of Shigeru Ban has a sort of self-evident character as if Japanese designers with their ancient paper traditions already had easy access to the cellulose material. Others prefer to cultivate the material as something special, as a break from the customary and the expected. In designing the interior of their Beijing office in 2006 using a combination of high- and low-tech materials, Approach Architecture Studio were interested in what was different about honeycomb cardboard. Corrugated cardboard hangs from the ceiling like stalactites as light mobiles and forms robust trestle tables.

Hidden in the brown profanity of the material, which feels dusty even if it is not, we can sense a certain aura of being unfinished and provocative. In 1967, it was something of a sensation when Peter Raacke unleashed his colorful cardboard furniture system, advertised with the anti-bourgeois slogan "Sitz für Besitzlose" (seat for the unpropertied): it duly won the ‘Bundespreis der guten Form' (German Federal Prize for Good Form). Raacke's chair "Otto" has now been relaunched. The surprise aesthetic effect of cardboard, which is neither varnished nor treated in any other way, persists to this very day. French cosmetic chain "Aesop" which specializes in biological skin care and which always stages a spectacular appearance in its business undertakings, surprised people when in opened a branch in Melbourne in 2007, with a gigantic cardboard construction. The simple cosmetic products were displayed inside the carton like in a magical, unfinished laboratory landscape, designed by March Studio.

French artist Paul Coudamy was more concerned with the functional use of the material. In Paris recently, he designed a complete office for an advertising agency on an area of 180 sq. meters, from 4cm-thick water-resistant honeycomb cardboard. Coudamy decided on this material because the budget was limited and the concept had to be put into action quickly. His 20 work stations in all, are inviting, winged chair-like beach chairs. Diverse origami tables and shelves which at the same time function as dividing walls also belong to the Cardboard Office which with its packing paper charm in the airy atmosphere does not feign a false coziness but instead develops an attractive clarity with its functional honesty.

In such dramatic presentations of honeycomb cardboard panels, which have long since become a standard material in stage-, trade-fair- or exhibition construction, a provisional raw state is explained as a sort of temporary end product. For example, the architects Ro Koster and Ad Kil, Ro&Ad in Eindhoven, designed an office interior from corrugated cardboard for the graphic design office Scherpontwerp and the publishing company De Boekenmakers. The design concept whose room division was apparently inspired by the way New York Central Park was embedded in the urban planning divides the rectangular footprint into one large meeting room with small niches around it. The only thing opposing the ambitious ecological approach is the fire-resistant coating on the corrugated cardboard which was required by fire protection and insurance. Nevertheless, the interior solution was 30 percent cheaper than conventional plasterboard walls.

The reason why today an ever increasing number of architects and designers are so motivated to seek and find new applications not to mention discover creative opportunities for industrial cardboard, is perhaps because this material is so omnipresent. Its mere presence animates people to want to experiment and interpret it in a new context - whatever this may be. Seldom, however, do the inventions have such a functional and aesthetic value as they do at the hands of Shigeru Ban who at present is not only the cardboard designer with the highest artistic expectations, but also the one who makes the essence and character of this material programmatic like no other. 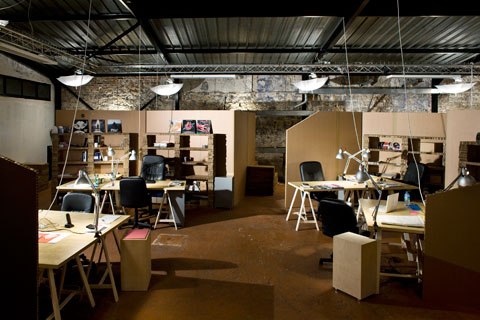 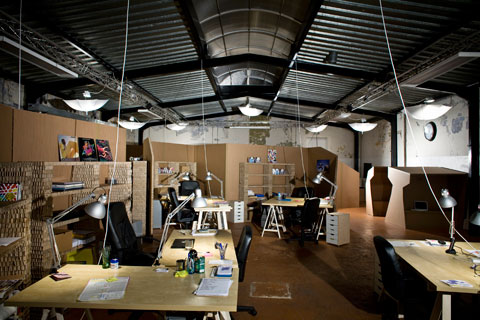 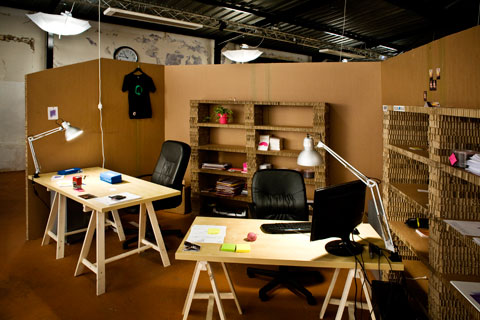 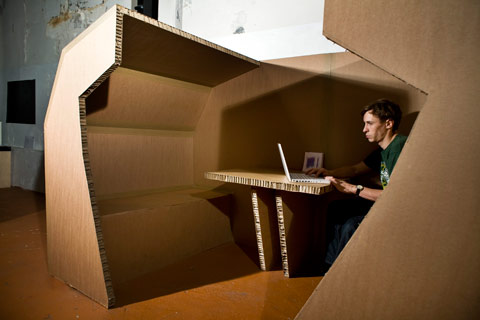 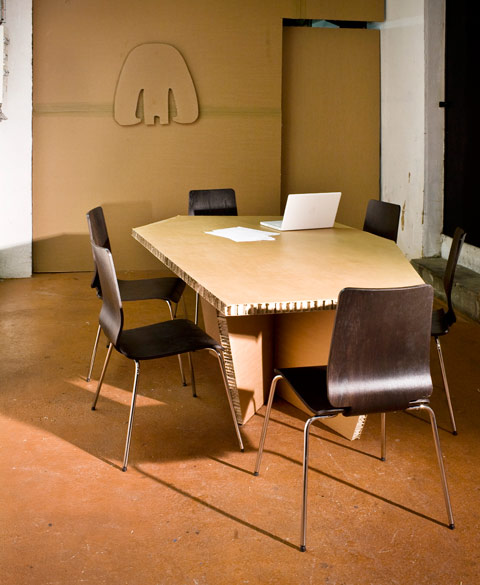 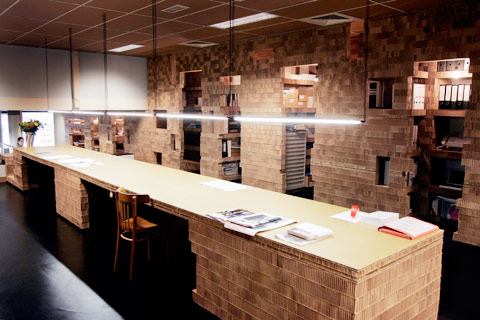 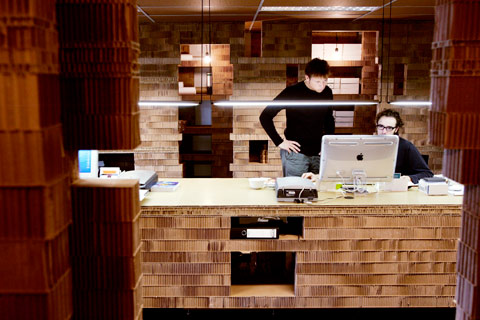 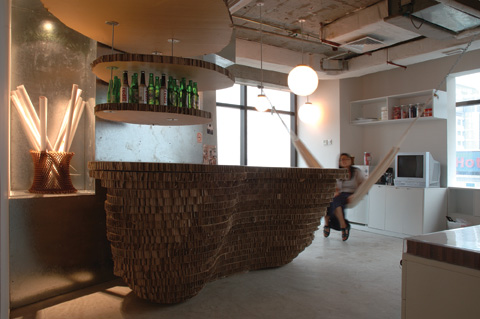 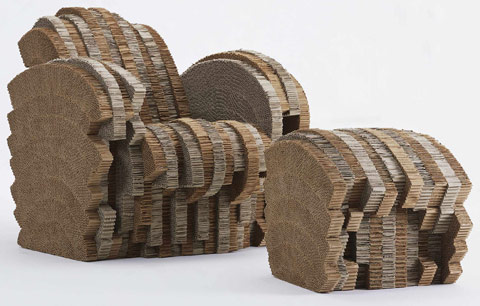 Beaver by Frank Gehry for Vitra 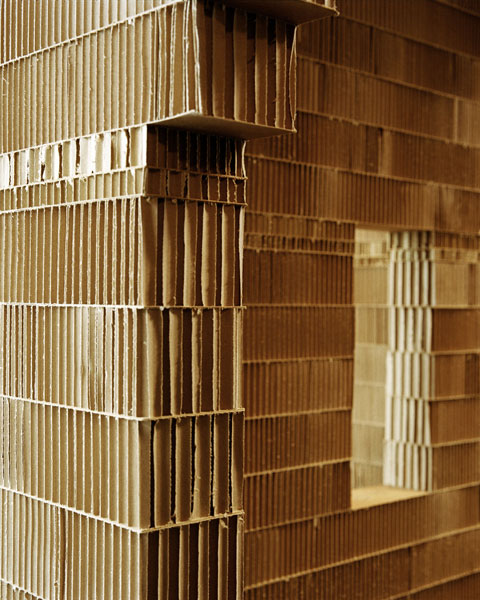 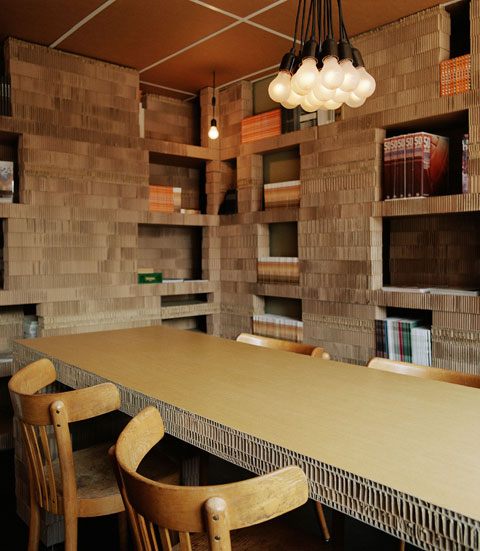 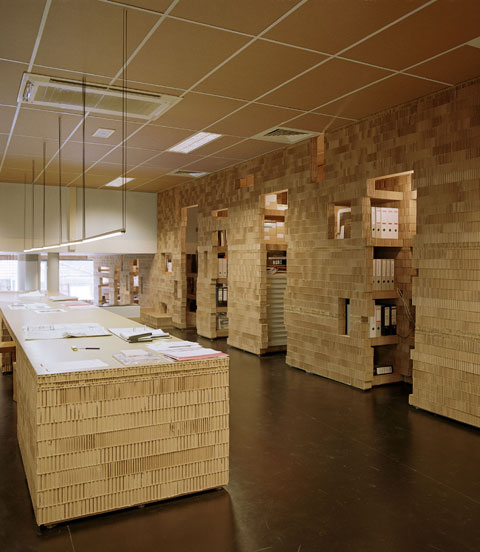 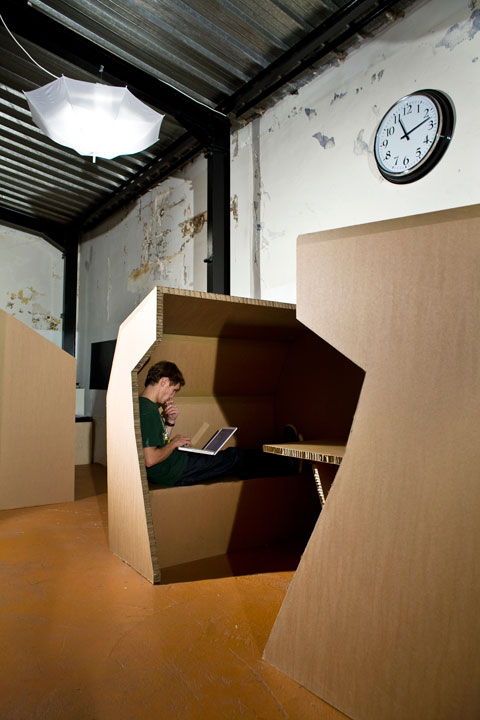 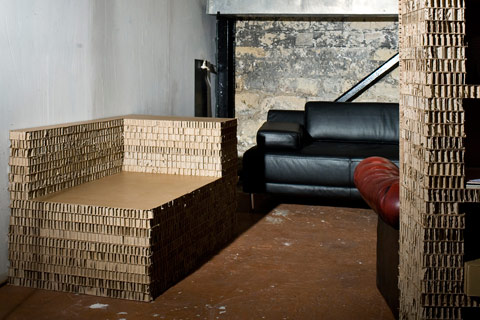 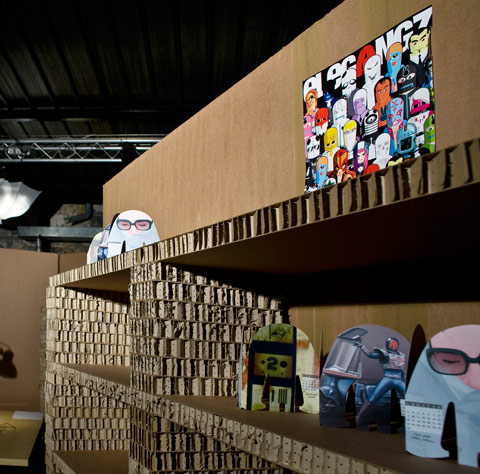 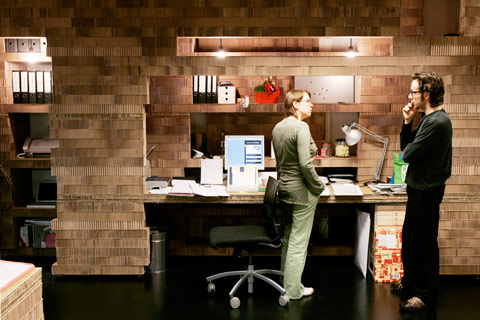 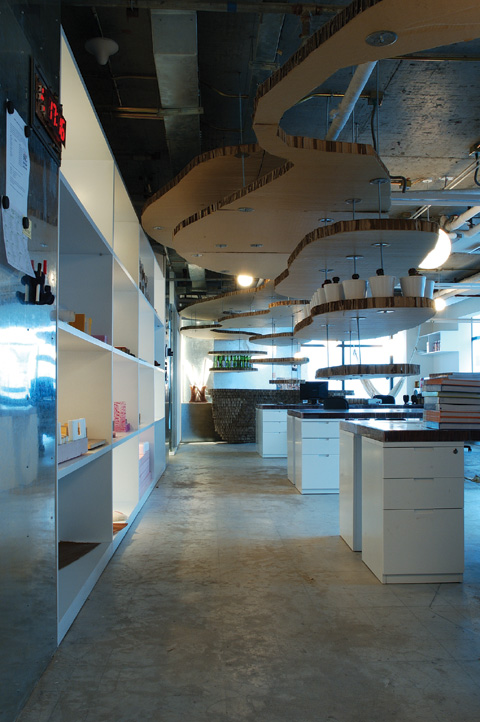 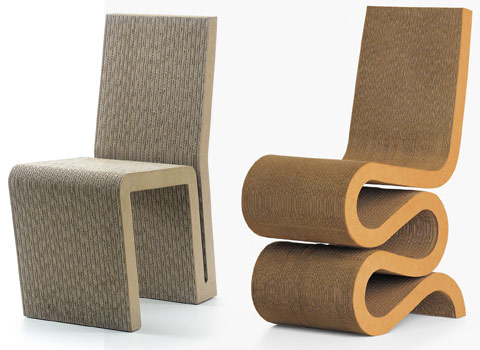 Side Chair and Wiggle Side Chair by Frank Gehry for Vitra 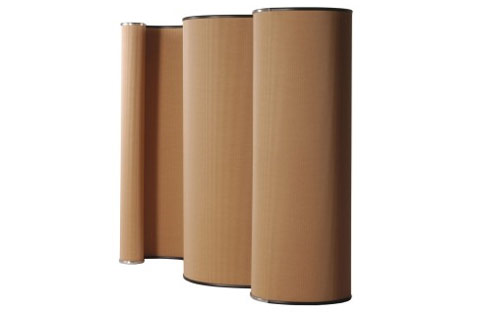