top
Now stop jumping on the bed! The bed as a place for work, rest and play
von Annette Tietenberg | Nov 22, 2011

Sleeping in a bed is one of those privileges that we tend not to take for granted. As if it were the most natural thing in the world, we throw ourselves onto our beds, which with a creak of protest from the slats underneath whisk us away to the land of dreams, their plump mattresses like flying carpets; it's something that is just as pleasant alone as shared with another. But then, when things in the outside world get that little bit too much, you can also climb in, pull the covers over your head and find refuge there in your very own sanctuary. Our forefathers by contrast had to make do with the sleeping on the floor on meager bunks made of furs, straw, hay, foliage, seaweed, moss and turf. In those days of yore, choosing what to sleep on was not a matter of finding the right degree of hardness or the ideal ventilation but of not freezing. As evidence dating back to the Middle Ages shows, this necessity prompted our ancestors to make wooden benches, which were mounted to the walls near the oven, as well as early interpretations of the hammock, which were suspended above the stove.

As is the case with many objects devoted to our comfort and wellbeing, the bed is an Oriental invention. Around 3,000 years before Christ, the Egyptian Pharaohs were the first to have bedsteads built that were raised above the ground on legs. The Greeks and Romans also had a penchant for reclining on chaise-longue style furniture, though these were more often reserved for eating, drinking and debating than actually sleeping – and were therefore looked upon as a symbol of the hospitality so often practiced in their society. The story of Procrustes as told by Diodorus Siculus suggests that in Ancient Greece being offered a place to stay overnight was definitely an ambivalent matter and could test you to your limits. Procrustes, both giant and highwayman, would guilefully slip into the role of host, offering travelers a safe and clean place to lay their weary heads. But he did not hold very high regard for the dimensions of the human body. And so he would set about achieving the ideal of complete congruence by stretching, compressing and shortening the travelers' bodies until they fit the scale of his bed.

Despite the great variety that characterizes today's mass consumer products, those who do not wish to succumb to the glittering array of objects but are instead in search of something a little more bespoke have a difficult task on their hands. They will realize this – at the latest – when it comes to buying a bed, where they will be faced with a choice of bedsteads made of wood, metal, plastic, bamboo and rattan; slatted bases divided into five zones of varying firmness with High-Touch crossbars and motorized lifting devices; mattresses filled with feathers or coconut fibers, made of latex, cold or memory foam, covered in coconut latex, horsehair or hemp. Not forgetting the more distinctive variations on the traditional bed such as four-poster beds and water beds or even leather beds featuring a Dolby Surround Sound System. Thanks to German comic Loriot's canonization of the bed salesman "Herr Hallmackenreuther" in one of his famous TV sketches, recommendations from experts in such scenarios are already well-known, "the classic horizontal arrangement", for example. Even truisms such as "we sleep lying down" or "I like to take my wife a cup of tea and a biscuit when she wakes up in the mornings", cannot dissuade the salesman from his convictions that his Techno-babble is the key to what beds are about.

What would the character have to say about the "designer bed", however? There are probably very few designers who have actually spent the night on one of them. Although these so-called designer beds proclaim themselves to be simple yet classy interior design objects, their fundamental design principles are in fact usually concealed beneath a thick layer of black or white Nappa leather. Thereby, designing a bed can definitely be considered a complex and demanding task for a designer. It was once artists who were charged with the task of decorating the sarcophagi of the rich and powerful with marble pillows and creating stately beds for Kings and Princes alike; the aim back then was to impress audiences of subjects with red canopies, brocade embroidery, decorative elements with golden crowns, heraldic animals and decorative plumes and so ensure their docility and compliance. Since the turn of the 20th century however this role has been bequeathed to designers who seat about creating berths to adorn the middle-class interiors. Ever since, it has been more a matter of practicality than decoration. Alfred Roth's 1927 "Model 455" took concepts from his "tubular-steel" office aesthetic and translated them into bedroom furniture. When creating the interior design for the show apartments on the Dammerstock estate in Karlsruhe, Walter Gropius even went back to using folding beds made the Frankfurt-based manufacturer Heerdt & Lingler in an attempt to save space. In the 1920s, housing was particularly expensive, meaning that the parlor was required to fulfill a number of functions simultaneously. At night it could serve as the parent's bedroom, during the day as living or working space. Each morning the fold-away bed would discretely disappear behind a curtain. This kind of bed, which could also be hidden away in a cupboard during the daytime, remained a much-loved item of furniture well into the 1970s – by apartment dwellers more than all others. The housing shortage continued to be a significant social issue during the post-War period, leading Hans Gugelot in 1954 to design a couch that rested on a thin metal frame complete with under-bed storage and could be transformed into a double bed in the blink of an eye.

Then at the end of the 1970s a new trend emerged: Those trying to be "progressive" decided to do away with bed stands and slatted frames altogether. The mattress on the floor became a must in student digs and shared apartments. Back ache and mould were gladly tolerated, for the most important thing was to be seen as having severed one's ties with the establishment. Stackable beds also entered the market in 1967 vociferating their unconventionality, manufactured in plywood according to designs by Rolf Heide. Such experiments with design paved the way for the Futon movement, which would size hold of European bedrooms during the 1980s and 1990s. Contrary to the Japanese tradition, futons were rolled out on a low-lying slatted base, thus demonstrating one's readiness to sleep as close to the floor as possible without having to completely relinquish the western comfort of sleeping in a bed.

Since that time, financial aspects have become a stronger, indeed deciding factor when choosing a bed than one's ideological orientation. Those who believe that the Modernist dream is over will feel at home in Ettore Sottsass' double bed with its high, rosewood and laminate frames or in Matteo Thun's rather primitive version of a double bed. The urban nomads among us can pay homage to modern mobility with insert sets such as the "Wogg 24" by Atelier Oï or the "Siebenschläfer" (bed for seven) designed by Christoffer Martens for Nils Holger Moormann. Anyone who is looking for something a little more sturdy and stable should perhaps look to solid wooden structures such as those by Zeitraum or Holzmanufaktur, while an affinity for the light and elegant can presumably be satisfied with the "Aluminum Bed" designed by Bruno Fattorini for MDF Italia or perhaps Alfredo Häberli's "LegnoLetto". Those who dream of sleeping on an island in the center of their bedroom will turn to Peter Maly's bed, manufactured by Lignet Roset and when someone can't quite decide between a single and a double, they might find themselves on the right track with the "Scherenbett 990" (scissor bed 990) by Benjamin Thut or "Tojo" by Roy Schäfer, which boasts a unique accordion-like extension function. Fans of the concept of combining our propensity for comfort with a slight streak of irony are likely to end up with "Clip" by Patricia Urquiola. And last but not least, the current trend; sinking into sumptuous, new-middle-class upholstered beds by Hästens or Schramm, where they are tailor-made to suit to most demanding of individual requirements.

"Sleeper Bed" is the simple, modest name that designer Jasper Morrison gave his entry into the history of the bed. It is an ideal playground for eroticism of all forms and colors as demonstrated by the Japanese Shunga woodblock prints and the images from the Kamasutra featured in its design. There are however very few bed designs (with the exception of Beate Uhse's blow-up bed "for today's dominatrix on the go", which comes equipped with various bondage contraptions) devoted specifically to love play. Other than that, this appears to be a field that is almost inexhaustible, for there is hardly any activity that you can't do in bed. This is a story told less by the objects themselves but by their appearances in art and literature. Anthony Burgess for example uncovered a great deal in his cultural history of recumbancy and Carl Spitzweg's "Poor Poet" depicts the protagonist seeking refuge in bed from the cold and rain that are invading his attic room. If we give credence to painter James Abbott McNeill Whistler's depiction, the bed was also Henri Fantin-Latour's favourite place to draw, decked in hat and scarf. John Milton told how he penned "Paradise Lost" tucked up in bed; Gioachino Rossini put his opera buffa to paper under the sheets; Marcel Proust completed the last volumes of "In Search of Lost Time" while lounging on a mattress; and Henri Matisse produces his cut-outs on his sickbed. The bed could therefore be seen as a kind of ideas factory, at least for painters, writers and composers, though it does lends their activities an air of shadiness, putting them under suspicion of escapism. It was in an incomparably strange way that Ivan Goncharov demonstrated that constantly occupying this intermediary space between the dreaming and the waking worlds is certainly not completely free of dangers: His protagonist Oblomov slumbers away his best years idly lying in his bed. He squanders his talents, his status in society and his money. All of this in favor of the comforting warmth of his bed, which prompts him to allow Morpheus carry him away in his arms; to other eras, to other people, to other places.

› "Everything that is furniture" by Thomas Wagner
› "Do not lean back!" on stools by Nina Reetzke
› "On tranquility and comfort" on lounge chairs by Mathias Remmele
› "Foam meadow, stays fresh for longer" by Markus Frenzl
› "In Chair World" by Sandra Hofmeister
›"All the things chair can be" by Claus Richter
› "The shelf – furniture for public order" by Thomas Edelmann
› "How the armchair got its wings…" by Knuth Hornbogen
› "Pillar of society" by Thomas Edelmann
› "The rocking chair as a phenomenon for the arcades" by Annette Tietenberg
› "The small world of multi-functional furniture" by Nancy Jehmlich 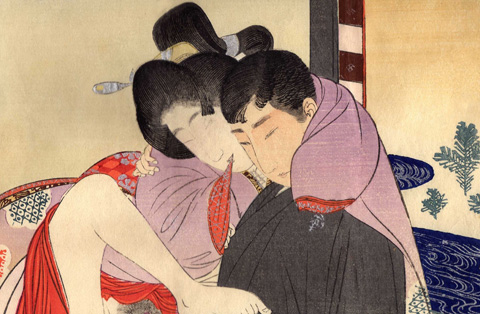 A man with a Western-style haircut makes love to a woman in traditional Japanese dress in the Meiji period Shunga print, Foto: Klima Kilbane 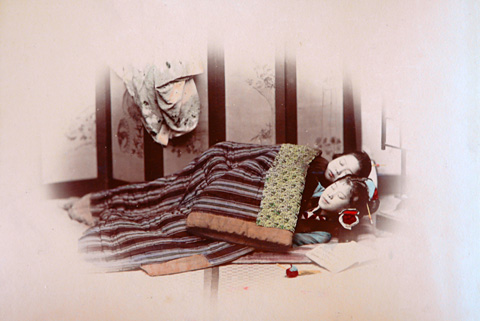 Painted photography by Adolfo Farsari, about 1886 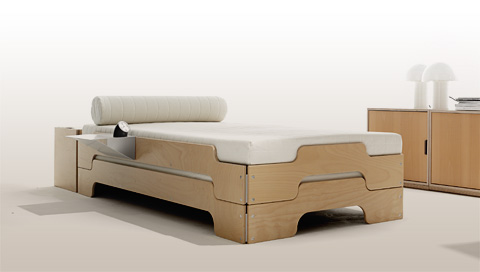 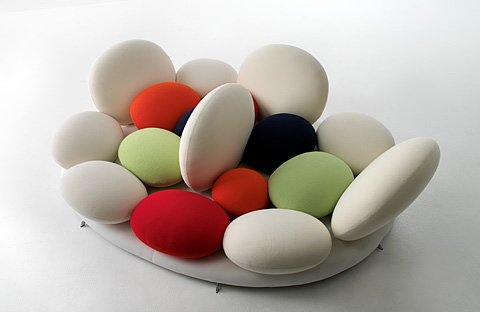 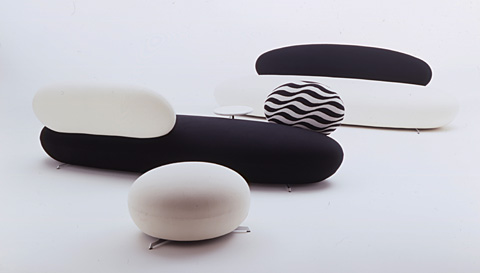 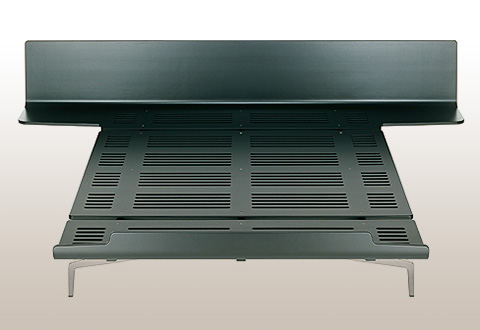 "Legnoletto“ by Alfredo Häberli for Alias 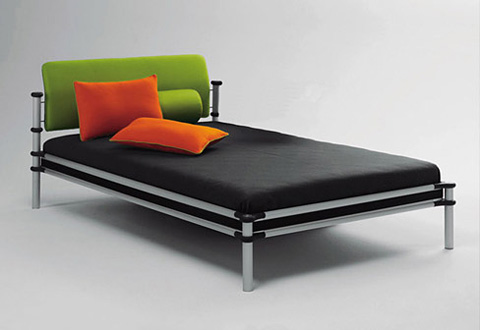 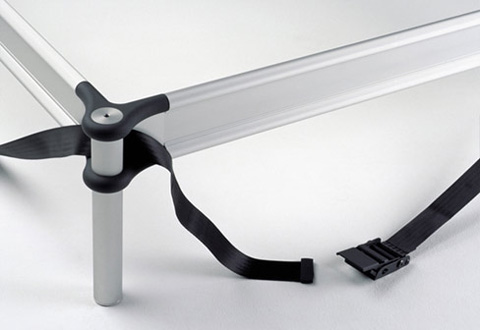 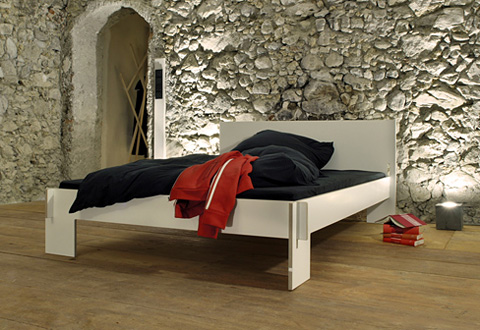 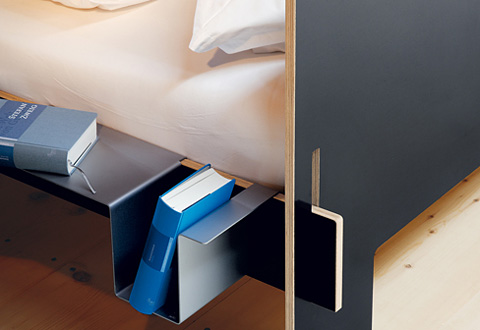 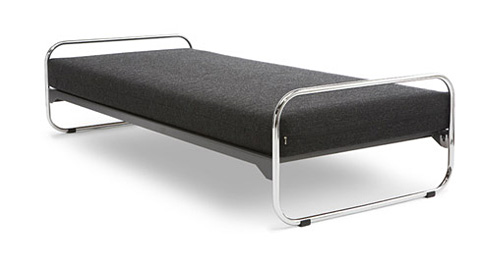 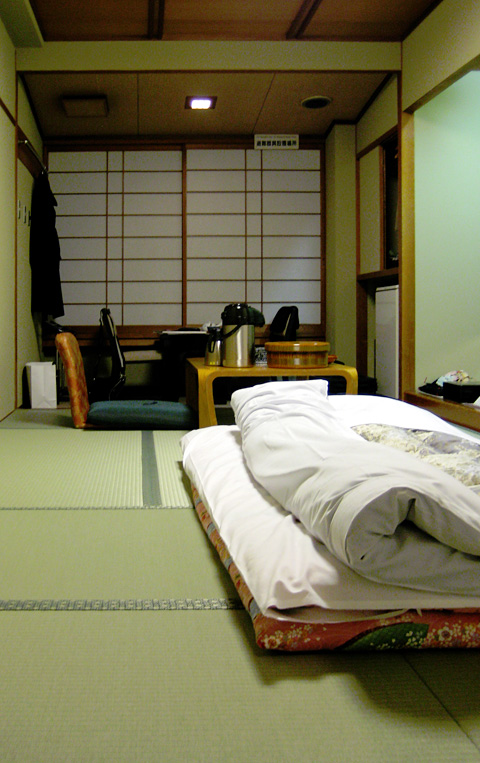 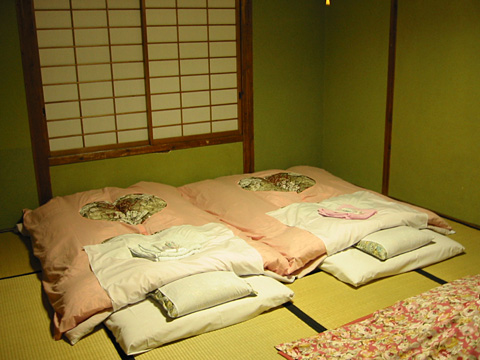 Futons in a Ryokan 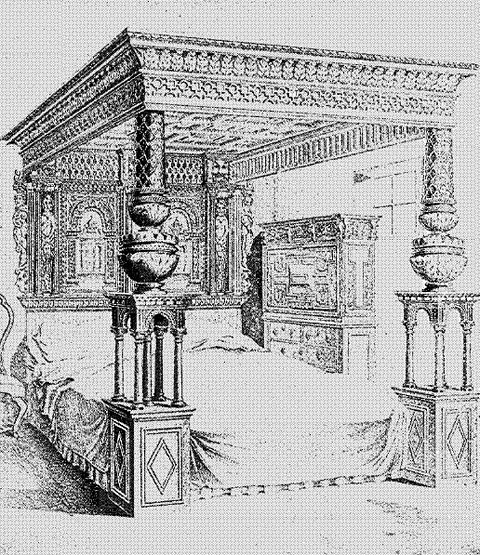 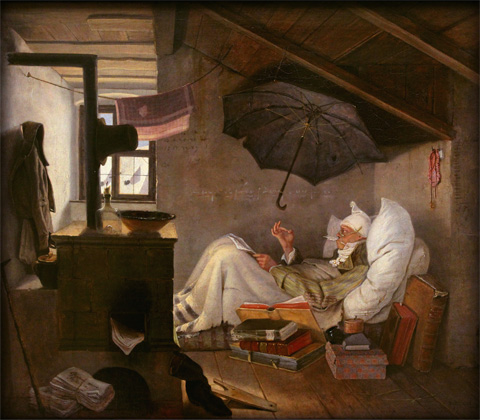 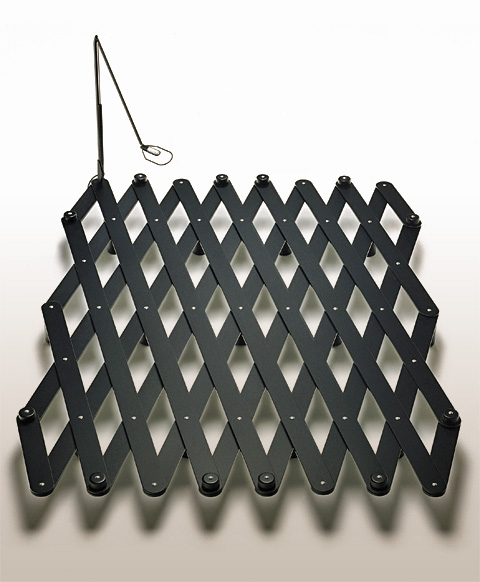 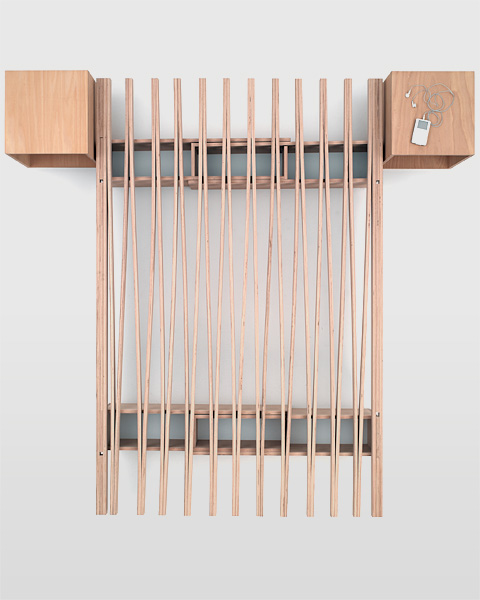 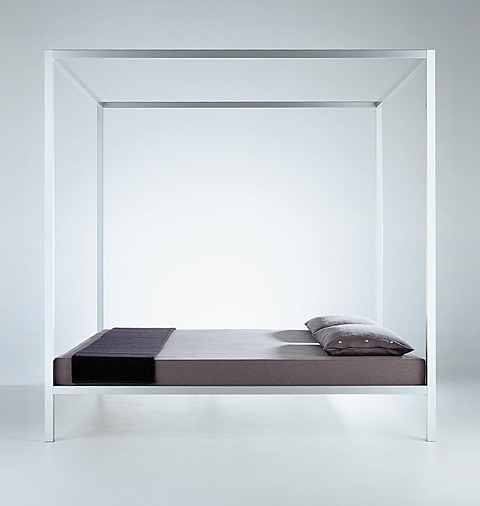 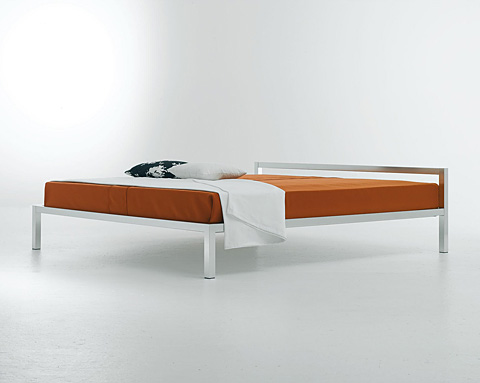 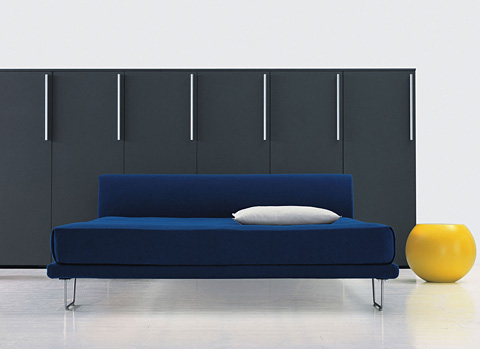 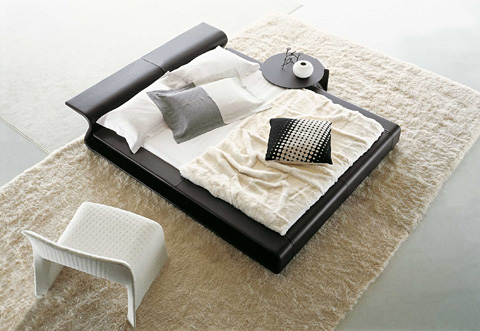 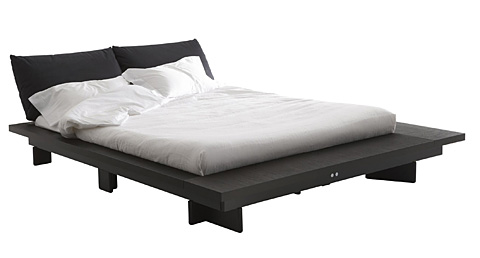 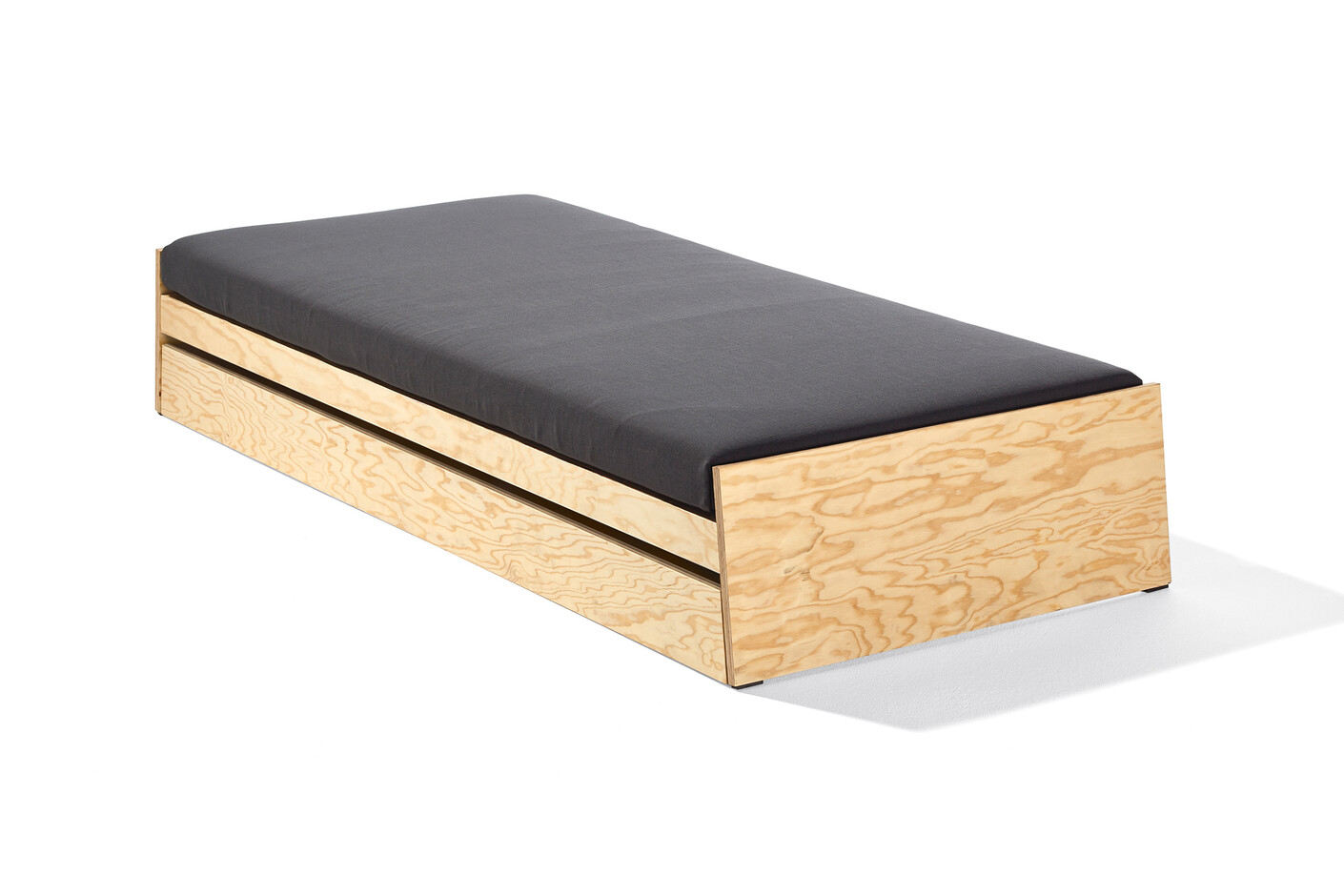 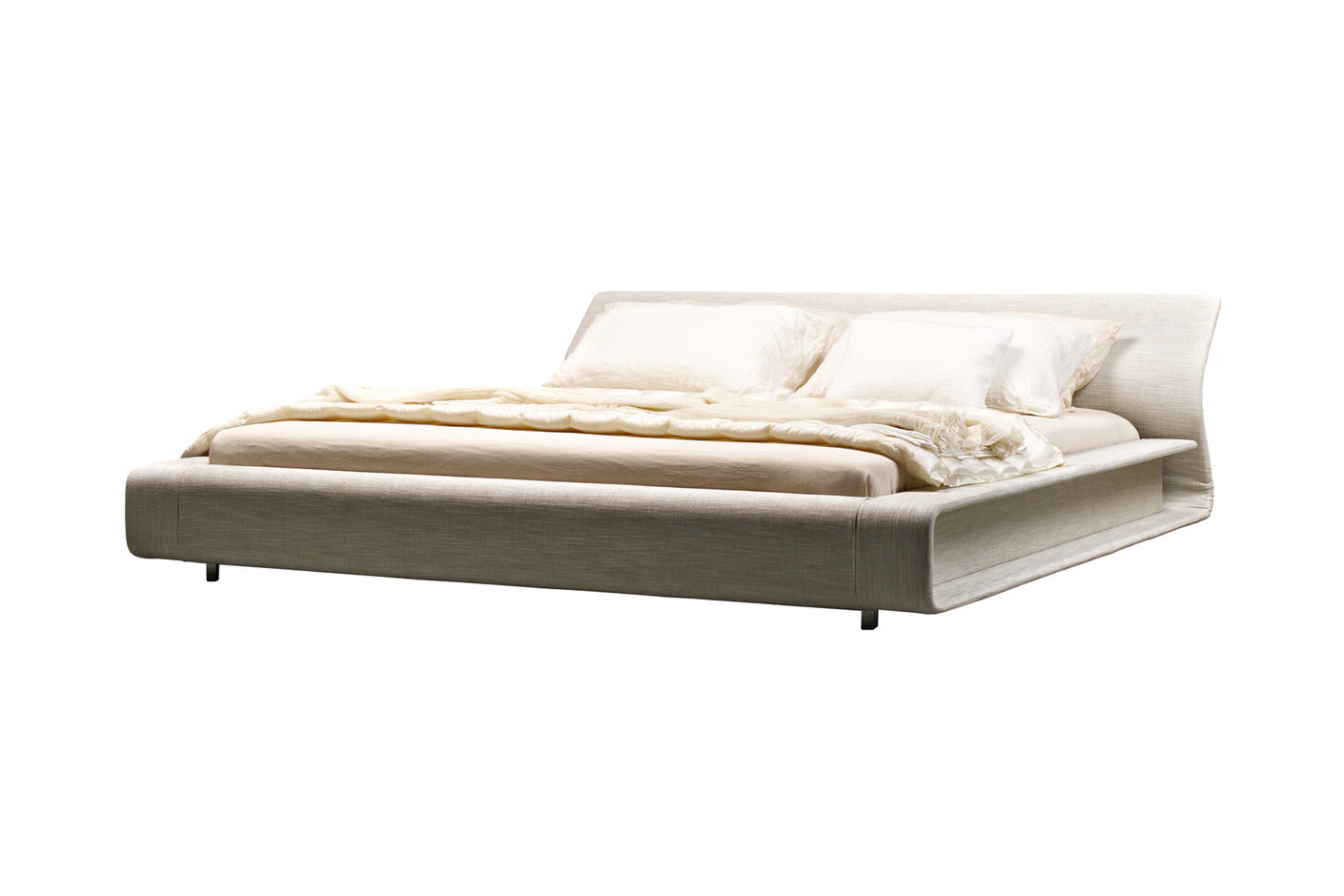