top
Of ants, data donators and Ferris wheels
BY Adeline Seidel | May 23, 2014 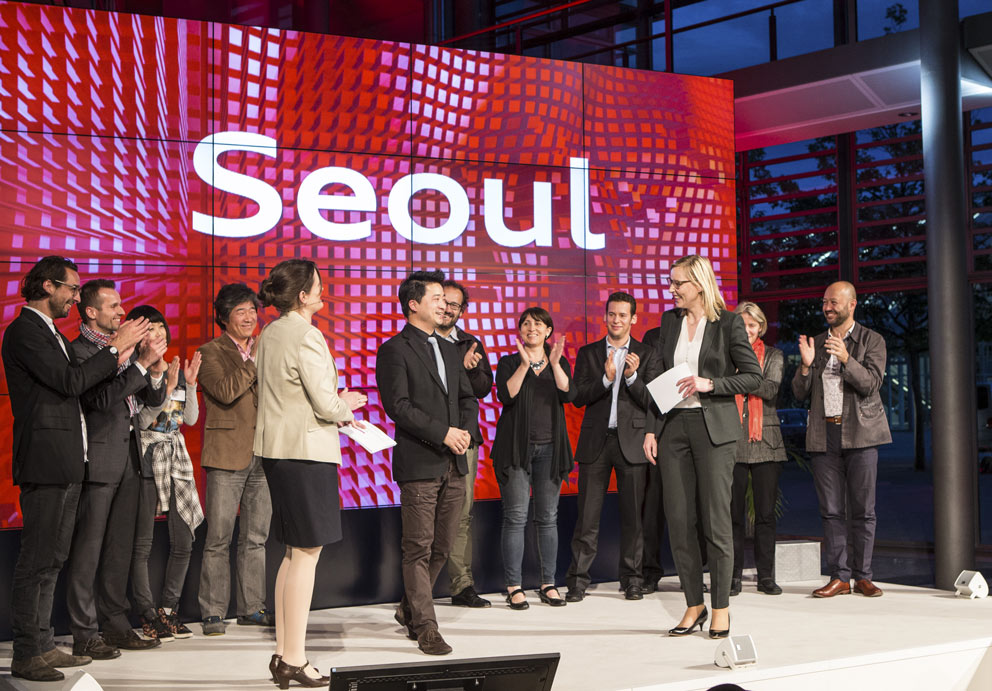 In mid-May, the mobility experts and urban planners, scientists and sociologists, ethnographers, IT specialists and product designers from the world over sat down together for the first time – they form four interdisciplinary teams in the running for the Stylepark-curated Audi Urban Future Award. The teams joined up with Audi developers and designers to explore and discuss possible interfaces between the auto and the city and to identify at what exact points Audi technology can solve real mobility problems in cities. The multi-day working session culminated on May 14 with a “Science Slam” dedicated to “Auto finds City”.

In a science slam, the speaker has to present complex issues he or she is researching in as simple and comprehensible a manner as possible – in just ten minutes. Humor is definitely allowed, and the audience is welcome to relax over a cold drink and take it all in. Here, science becomes entertainment. And the fact that at the end the listeners vote on a winner (as with the ‘mother’ format, the poetry slam) is kind of by the by. So I’ll just touch on it here: the team from Seoul won. 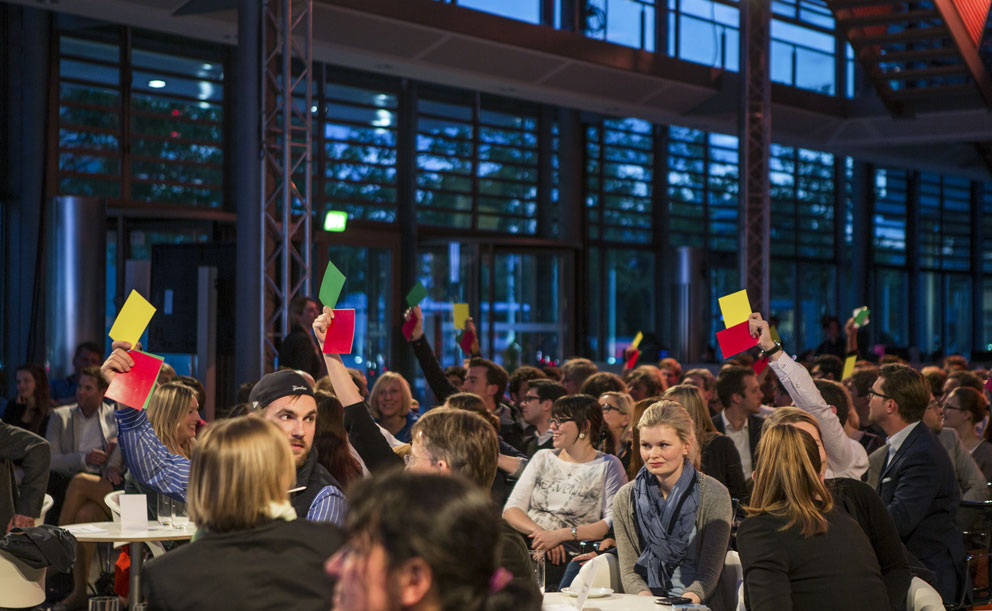 The audience voted on the best "Slammer" from. Photo © Audi Urban Future Initiative

Various concepts for the subsequent use of the grounds of Berlin’s Tegel airport have already been tabled. Because if the forever-construction site at Berlin’s Schönefeld airport is ever complete, and airlines move there, then Tegel is to morph into a district the size of a small town. Team Berlin has been inspired by nature when working out how to optimally integrate it into the Berlin infrastructure network. Neuroscientist used the logic of ant trails and the structure of human skin cells to explain how seamlessly one will be able in future to move about Berlin.

Marketplace for mobility in Boston

The “multi-modal mobility market”, or “4M” for short, is the snappy name that planner Philip Parson presented to his audience in Ingolstadt on behalf of Team Boston. The team believes that an open marketplace in which everyone can take part will help innovations in mobility be realized quicker in future. Team Boston has computed various scenarios, which it presented, showing the spatial, social and economic impacts such a market model has.

IT specialist Carlos Gershenfeld held the talk on behalf of the Mexican Team. The greatest problem the team faces is that in the Mexican capital there is as good as no data on mobility. This is fatal for a metropolis of over 20 million people who on average spend over two hours a day in gridlocks. Because individuals’ mobility needs simply go unknown, making it almost impossible to optimize the various systems. But the first step has been taken: The team has persuaded corporations and private persons to act as data donators. As a second step, it intends to develop different mobility offerings and concepts.

Ferris wheels with autos in Seoul

Ethnographer and “experience scientist” Sung Gul Hwang showed us a future world in which we will no longer have to steer the car and in which being on the road will be the most enjoyable part of the day. The Seoul Team transforms the auto into the ultimate mobile device. It communicates with its users, is about as adaptable as a Smartphone and performs a whole host of everyday functions.