top
Of light and other sources of inspiration - LUX8 by Foscarini
by Vera Siegmund | Feb 7, 2008 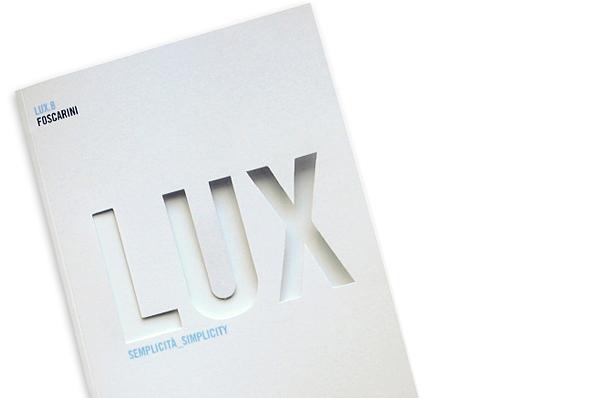 Foscarini is not only an Italian luminaire manufacturer but also a supplier of insights into the multifarious aspects of light, which they gather in a variety of ways and, time and again, show that light is not just light: lighting determines the character of a room and interprets it in a certain way. Foscarini are extremely sensitive when it comes to registering these different moods and in moulding them into luminaires, the designs of which embody the different requirements placed on them with great clarity and precision."Simplicity is complexity resolved" is the motto of Foscarini CEO, Carlo Urbinati. In cooperation with designers, such as Marc Sadler, Defne Koz, Tom Dixon and Patricia Urquiola, the company constantly reinterprets the forms and functions of light. In this connection, it can sometimes happen that lamps produce a gentle, rhythmical sound, such as the Allegro series by Atelier Oï: light vibrations cause the curved aluminium rods of the filigree lamp structure to oscillate.In addition to luminaires, Foscarini publishes an annual source of inspiration in book form. The small series of publications is called LUX, like the unit of measurement for light intensity. Each issue tackles a superordinate design theme. The latest issue, LUX8, has just been presented at the Tate Modern in London and is entitled 'Semplicità_Simplicity'. Ideas for simplification and their effects are discussed in brief essays and interviews coupled with lots of pictures. The examples range from paper clips, tea bags and clothes pegs, via the launch of the Austin Mini, to the taste of plain Italian cuisine. John Maeda, for example, provides information about "featuritis", the never-ending process of adding new features to products.
It also includes two lamps: 'Cloud' by Jozeph Forakis and 'Gregg' by Ludovica and Roberto Palomba, a white ceiling light that is not a perfect sphere but rather an amorphous bubble. "It is the organic character of nature", say the designer couple about 'Gregg', "that enables us to understand the highly complicated processes. After all, what could be simpler than the shape of a drop of water or a stone eroded by water?"www.foscarini.com