top
ON SPOKES AND SHADOWS
Spokes by Studio García Cumini for Foscarini
May 16, 2014

It is not often that an object grabs you instantly and at second glance leaves you quite euphoric. And this is particularly the case if you are trawling across the massive Salone del Mobile in Milan, and numbed by the sheer number of novelties on display, are drifting or being driven from one booth to the next, from one showroom to the other. But “Spokes” is such a delight! The ceiling-mounted luminaire designed by the duo of Vicente García Jiménez and Cinzia Cumini captivates you at an instant. How do they do it?

Well, for its size it is remarkably filigree and therefore seems to float in space. And is available in two versions, the one longer, the other rounder. The thin bent metal spokes cast marvelous shadows on the wall and ceiling, setting the entire room in motion. Now “Spokes” may play with the image of old aviaries and Oriental lamps, but remains sufficiently abstract in formal terms to not be pigeonholed, for example as decorative kitsch. Perhaps the reason is that Jiménezand Cumini were simply inspired by bicycle spokes.

Technically, it’s ingenious: No cables, no lamps to clutter up its clear, refined appearance. The LEDs are integrated flat into “Spokes’” underside and also serve as the element to which the metal rods are attached. The spokes themselves then cleverly double up as the power source. They conduct the low-voltage current to the illuminant, enabling both direct and indirect lighting. “Spokes” is playfully matter-of-fact and magically light. Its presence is restrained and yet the shadows it creates are undoubtedly present. (as) 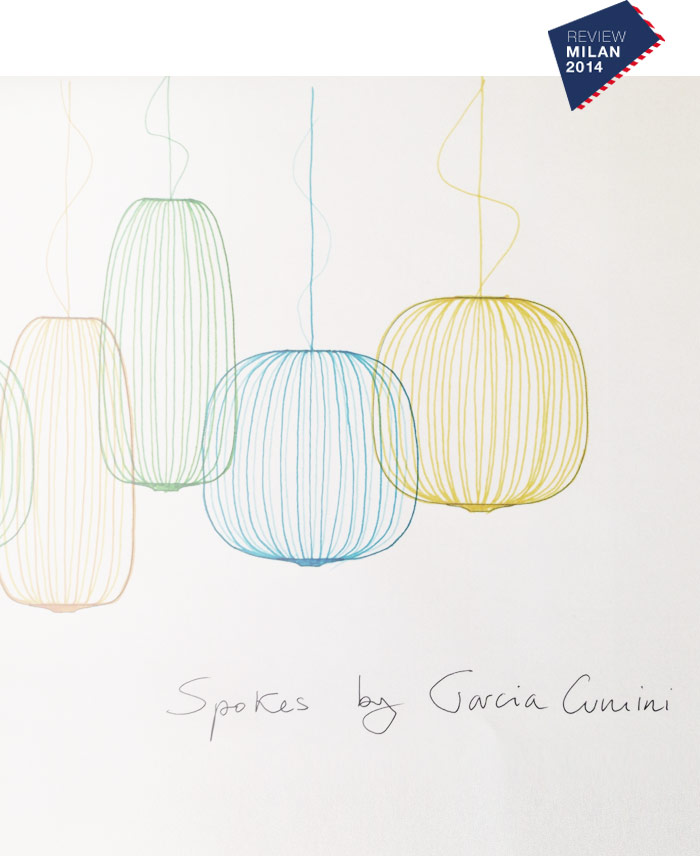 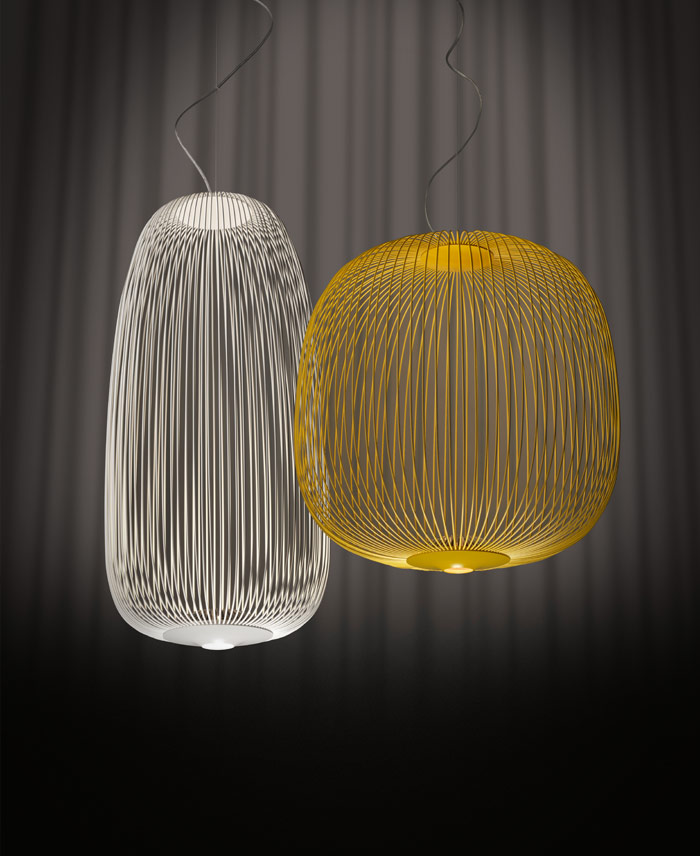